Watani talks to Pater Paulus Sati,patriarchal procurator for the Chaldean diocese in Egypt

Following 1400 years of thriving in Iraq, the country’s Christians, the Chaldeans, face an uncertain future. Even though Daesh, the Islamic State (IS), is now officially out of the region, pockets of unknown numbers of Daesh-minded groups remain in the north and west of the country. Their ominous hostility and threats against Iraqi Christians now mean the Chaldeans face a real threat to their very existence in the region that was their ancestors’ home for uninterrupted centuries.

Watani met Pater Paulus Sati, the Chaldean Catholic patriarchal vicar in Egypt to talk over the issue of the Christians in Iraq. Father Paulus, brother of the Redemptorists, was ordained a priest in 2010 for the Chaldean Church. In September 2018, after six years of priesthood in the Chaldean parish of Mar Jacob in Antwerp, he was promoted to patriarchal procurator for the Chaldean diocese in Egypt.

“Since the 2003 US invasion of Iraq that toppled Saddam Hussein’s regime,” Fr Paulus said, “the number of Christians have dwindled from little less than 1.5 million to some 450,000 today. The near million Iraqi Christians who fled the country settled down mainly in Jordan, Lebanon, and Turkey.

“The Iraqi Church is one of the oldest in the world,” he noted. “Today, however, its presence in Iraq is rapidly dying out; it risks being but a part of the country’s history.” 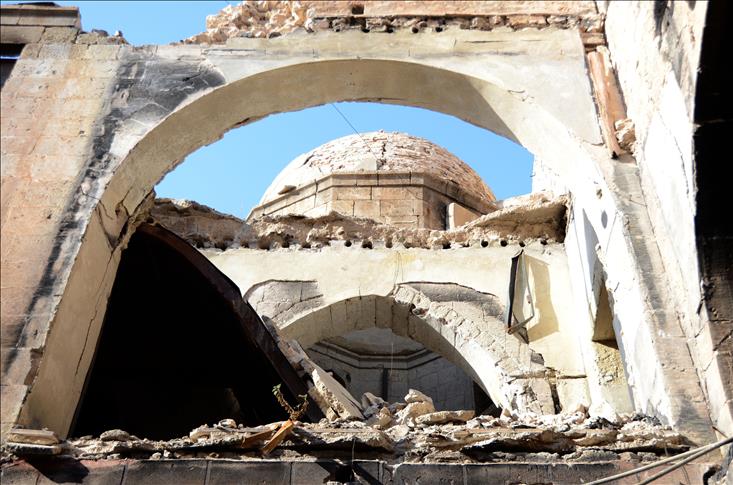 Not a church spared

According to Fr Paulus, Islamic State jihadists are currently fighting their last battle for survival, and are targeting what remains of the region’s Christians. Daesh attacks in 2014 already drove more than 125,000 Christians away from their ancestral homeland.

“Daesh and Daesh-minded groups aim to destroy our history, presence, and future in Iraq,” Fr Paulus said. “Daesh destroyed churches, monasteries, houses and property of Chaldean families; not a church or monastery has escaped destruction. Priceless, rare manuscripts and documents that go back hundreds of years were looted, destroyed or smuggled out of the country.

“Iraqis who had to leave could not return to their cities or villages. Unfortunately, Iraq does not compensate those who lost property, houses, jobs, or trades. Tens of thousands of Christians lost the fruit of their life’s work when Daesh attacked. Family businesses that had thrived for centuries were lost, with no compensation possible. “Christians who returned to Mosul following the defeat of Daesh in Iraq did so merely to sell whatever was left of their possessions.”

“Will you turn a blind eye to the continuing systematic persecution of Iraqi Christians?” Watani asked.

“We are in dire need to view Christian persecution and reasons behind it from a global perspective,” Fr Paulus answered. “If we look at the matter as mere sectarianism or intolerance, we overlook many who must be taken to account.” 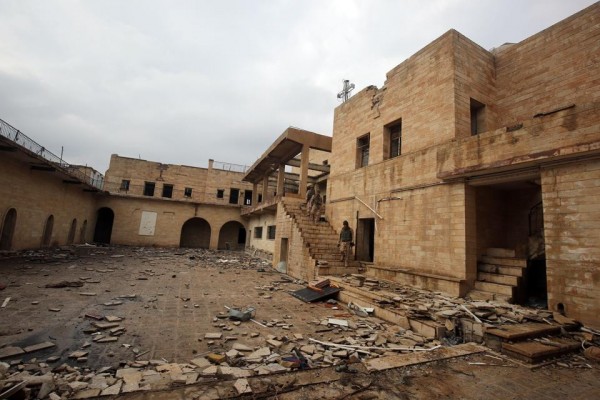 It was not always so bleak for the Chaldeans, a grieved Fr Paulus said. “It is a historical fact that, during past centuries, there was co-existence and national unity between the Christians and Muslims in Iraq. That period is termed by historians the ‘golden Islamic era’, when there was mutual respect, constructive dialogue, and tolerance. But when all this was lost in the more recent times, the tolerant culture faded out.”

“Unless the State can provide security and protection to minorities in Nineveh, and unless Mosul residents collaborate in that respect, no safety can be realised. And without safety, Christians will not be able to live in Mosul.

“This is the critical point for the future of Christians in post-Daesh Mosul,” he stressed.

“Given that you are close to Cardinal Louis Raphaël I Sako, the current Patriarch of Babylon of the Chaldeans and head of the Chaldean Catholic Church since 1 February 2013, what about the Chaldean Church’s attitude towards what is going on?” Watani asked. 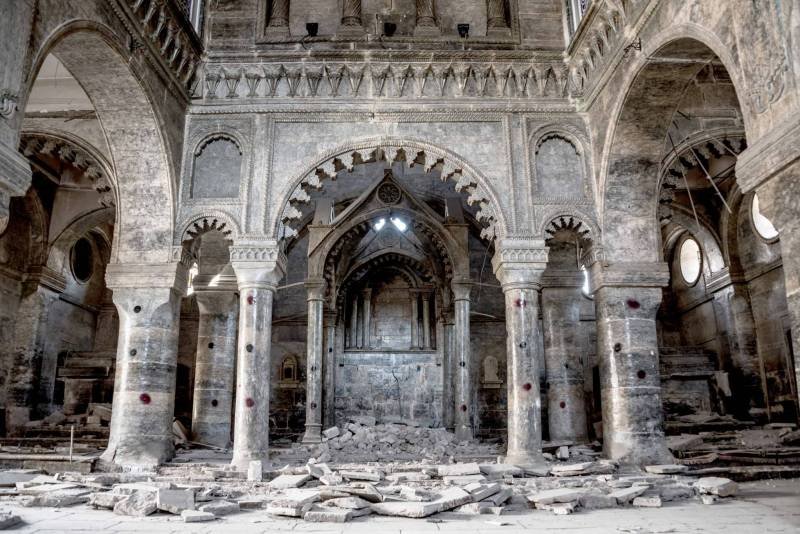 Fr Paulus pointed out that the Chaldean Church in Iraq is open to dialogue and cooperation with all political leaders, and calls for the establishment of a civil State based on citizenship rights, and separation between religion and State. The Patriarch calls for unity of arms under the umbrella of the national army and security forces in Iraq.

Maybe then Iraq’s Christians may make a comeback to their ancestral home. “Christians do not abandon their homeland,” Fr Paulus said. “They leave it only for the sake of safety.”