The last evening of Pope Tawadros’s five-day visit on 11 – 16 January to the region of Sohag, some 550km south of Cairo, saw the Pope head to the monastery of St Shenouda the Archimandrite, west of Sohag. As the Pope’s motorcade approached the monastery, which is famous as the White Monastery, hundreds of Copts from the nearby villages lined the road to welcome him with cheers and ululations. At the gate, the Pope was received by the Abbot Anba Ologios and the monk assembly. Also there to share in the Pope’s visit were the monks of the nearby monastery of Anba Bishai and Anba Bigoul, known as the Red Monastery. Following the traditional welcome procession of chanting monks ushering the Pope into the monastery church, Pope Tawadros held a prayer meeting with them, and gave a word in which he focused on Psalm 27 and its impact on monastic life. 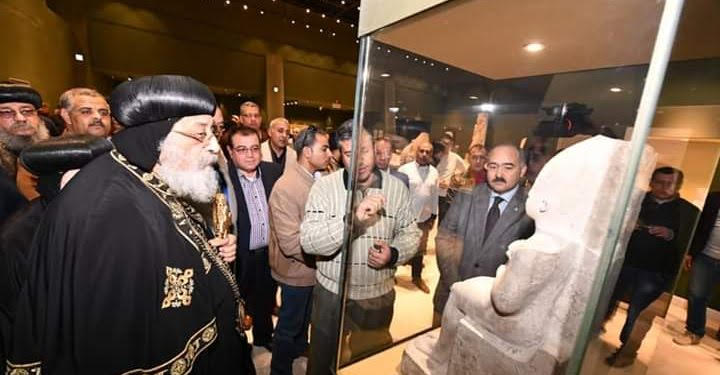 At conclusion of the visit, Anba Ologios and the monks of Anba Bishai‘s presented the Pope with souvenir gifts. The following day, the Pope concluded his visit to Sohag by hosting the security and military officers who had carried the responsibility of securing his visit to thank them for their efforts. 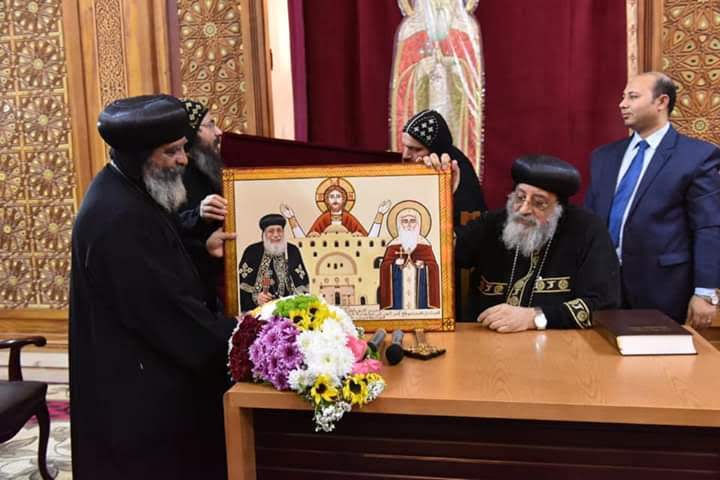 He also visited Sohag National Museum where he was given a guided tour by the Museum Curator Aly Othman. 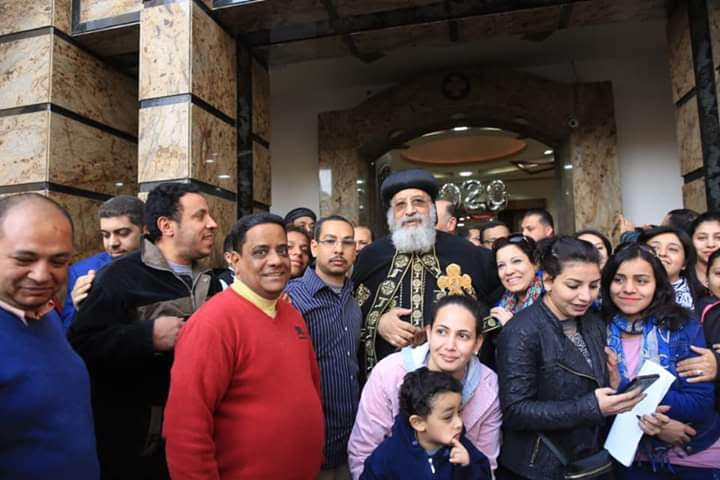 At Sohag international airport, the Pope wrote a note in the guest book expressing happiness at having visited Sohag and gratitude to all the governorate and airport officials.

Watani has covered the Pope’s visit to Sohag in detail: 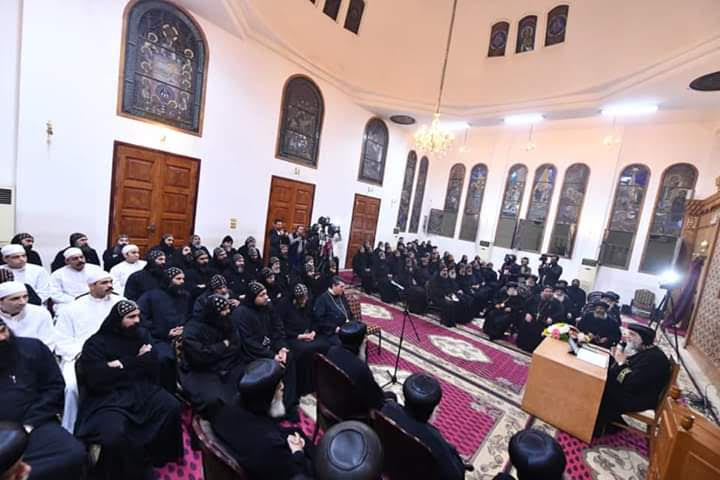 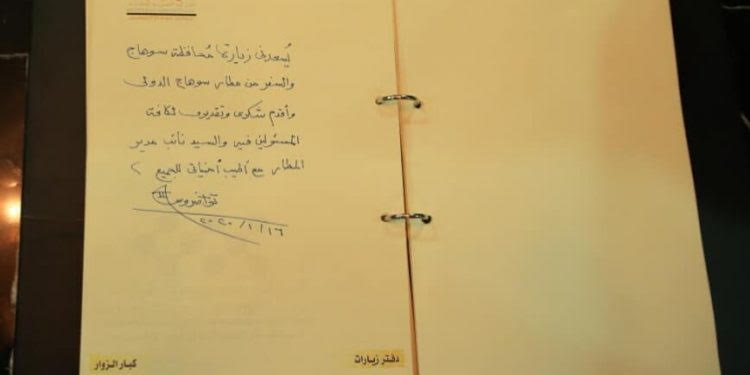