Dome-shaped memorial on site of Coptic church demolished in Sydney

Saturday 9 March saw the opening of a memorial built by the Coptic Orthodox Church in Sydney on the site of what was the first Coptic Orthodox Church in Australia, St Mary and St Mina’s, in Sydenham Green. The church was demolished in 2017 by Sydney authorities under the pretext that the building had become life-threatening in the wake of a fire that had erupted there. 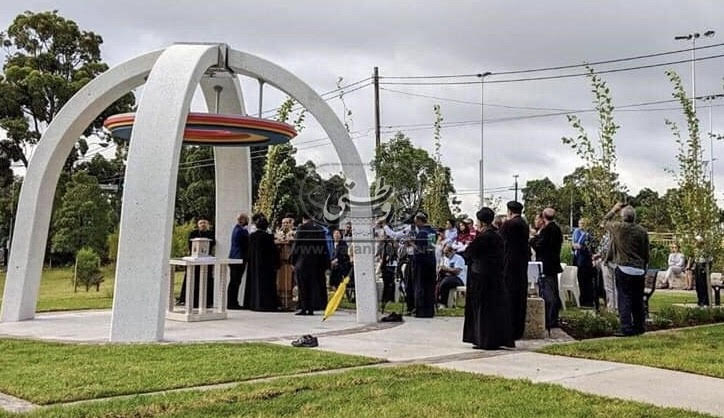 The opening ceremony of the newly-erected memorial followed Vesper service by Anba Daniel, Bishop of Sydney. Attending was Inner West Council Deputy Mayor, Victor Macri, as well as members of the Coptic clergy and congregation

In the refurbished park, the dome-shaped monument with a cross at its core, and a memorial plaque sit in the centre of paths laid from the bricks of the original church. 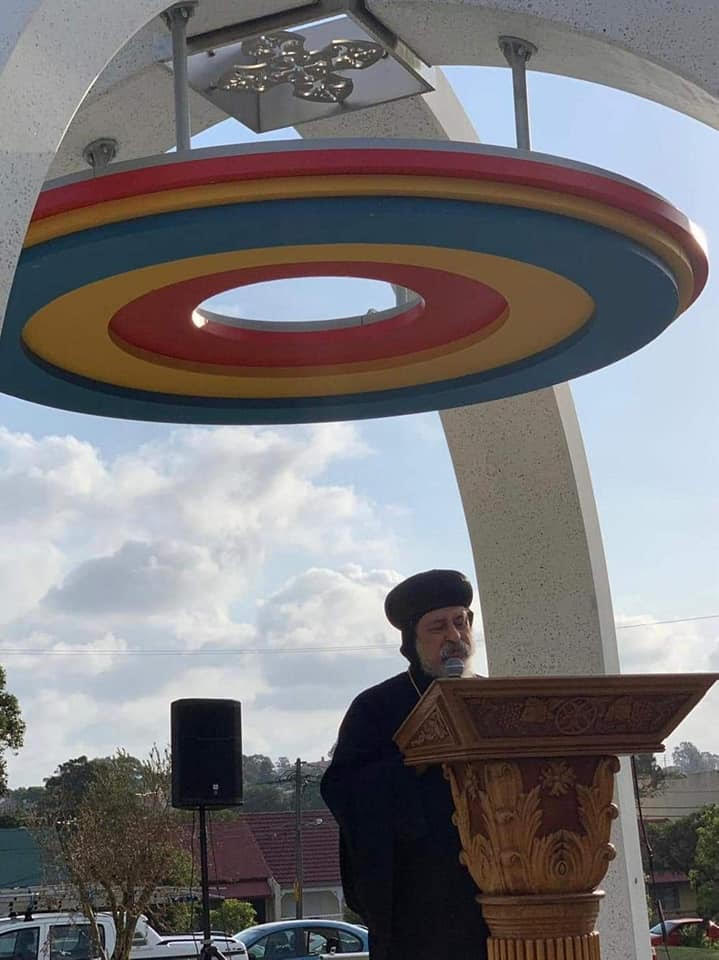 During the event, Anba Daniel handed the brothers Albert and Mr Antoun Nematalla a commemorative gift in gratitude for the labour, love, and years of service and dedication given by their father, Fr Mina Nematalla, in establishing the first Coptic Orthodox Church in Australia. 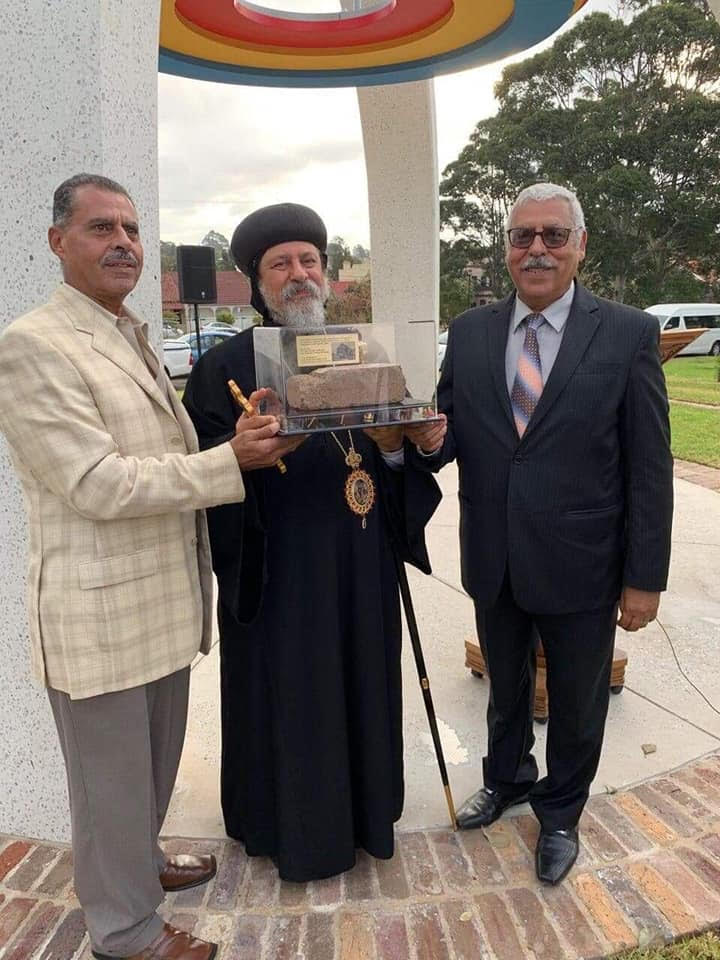 The church of St Mary and St Mina, which was housed in a building built back in 1884, was demolished in 2017 by Inner West Council despite opposition by 100,000 members of ­Sydney’s Coptic community, and despite an offer from Australia’s National Trust to conduct a fundraising appeal to restore the site for community use. 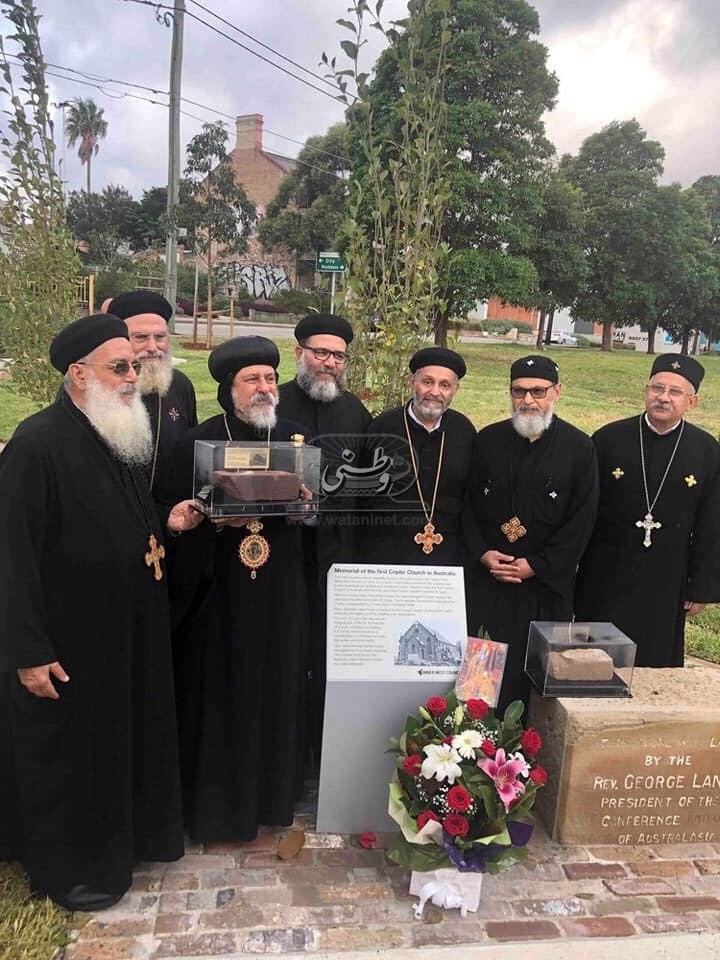 In a letter to council administrator Richard Pearson, the Trust said the building was still “structurally sound” and met two criteria outlined in the State Heritage Listing register. However, Inner West Council rejected the offer on the grounds the building had become a “safety risk” that required an estimated $5 million to bring it up to scratch. 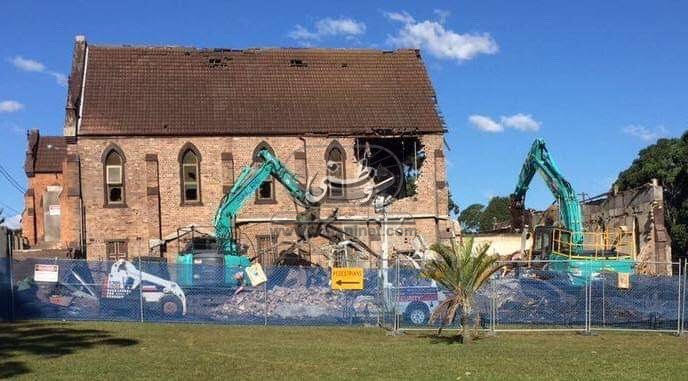 It took crews almost two weeks to bring down the structure as contractors struggled to break through the 19th-century 1m-thick brick walls.