Most of us can still remember the tales our grandmothers used to tell when we were children. My grandmother came from Upper Egypt where customs run strong and are steeped in tradition. Among the most memorable of her stories were memories of seasonal traditions which were so intricately intertwined with the climate, the earth, the Nile; in short, with Mother Nature. That was of course before the modern amenities we so enjoy today, such as electricity and supermarkets which sell all kinds of produce no matter what the season. There were stories on celebrating feasts such as Christmas, Epiphany, Holy Week, Easter, the fast and feast of the Holy Virgin, and many others, each of which naturally reflected the corresponding season. Today, as we mark the Feast of the Epiphany, her stories return to fill my soul with wonder.

Epiphany marks the baptism of Jesus Christ at the hands of John the Baptist in the River Jordan. The Bible says that, as Jesus came out of the water, the heavens opened and there was “the Spirit of God descending like a dove, and lighting upon Him, and a voice from Heaven, saying: This is my beloved Son, in whom I am well pleased.” (Matt 3: 16,17)

Epiphany was the first feast celebrated by the early Christians, since it depicts the Trinity in all its glory: The voice of the Father was heard from Heaven, the Son was on earth coming out of the Jordan, and the Holy Spirit descended like a dove. This explains the meaning of the word ‘Epiphany’; it comes from Greek and means “Manifestation” or “Appearance” referring to Jesus being revealed to the world. The writers of the Gospels used this term to describe occasions on which Jesus’ Divinity was revealed to those around him.

Among the Epiphany Feast traditions my grandmother talked of are a few we still mark today. Copts mark Epiphany on 19 January(or 20 January in a Coptic leap year), which coincides with the Coptic date 11 Touba. Touba is notoriously the coldest time in Egypt; its nights are biting cold. Epiphany Mass is celebrated at midnight, following which Copts feast on Qulqass, Colocasia, which is then in season. The chunky root is peeled, cut into small square pieces, and cooked in a green soup made of chicken or duck broth in which fried and ground greens are incorporated. About the best food to warm a cold winter night!

Copts have come to endow the feasting on Colocasia with some meaning relating to baptism. The plant grows under the soil, and is dug out to see light; likewise, one who is baptised comes out of the dark of sin and sees light. Colocasia’s dark brown, hard outer layer is peeled off, yielding a softer white inside; the same goes for the hard, dark sinner’s heart that becomes pure white in baptism. Colocasia has to be washed very well under running water; what more in parallel with baptism.

Another hugely popular food copiously consumed on Epiphany Feast is sugar cane which is also in season. Again, some Copts are quick to relate it to Epiphany. Sugar cane grows high, symbolising growth to the height of spiritual life, and tastes as sweet as a faithful’s pure life. 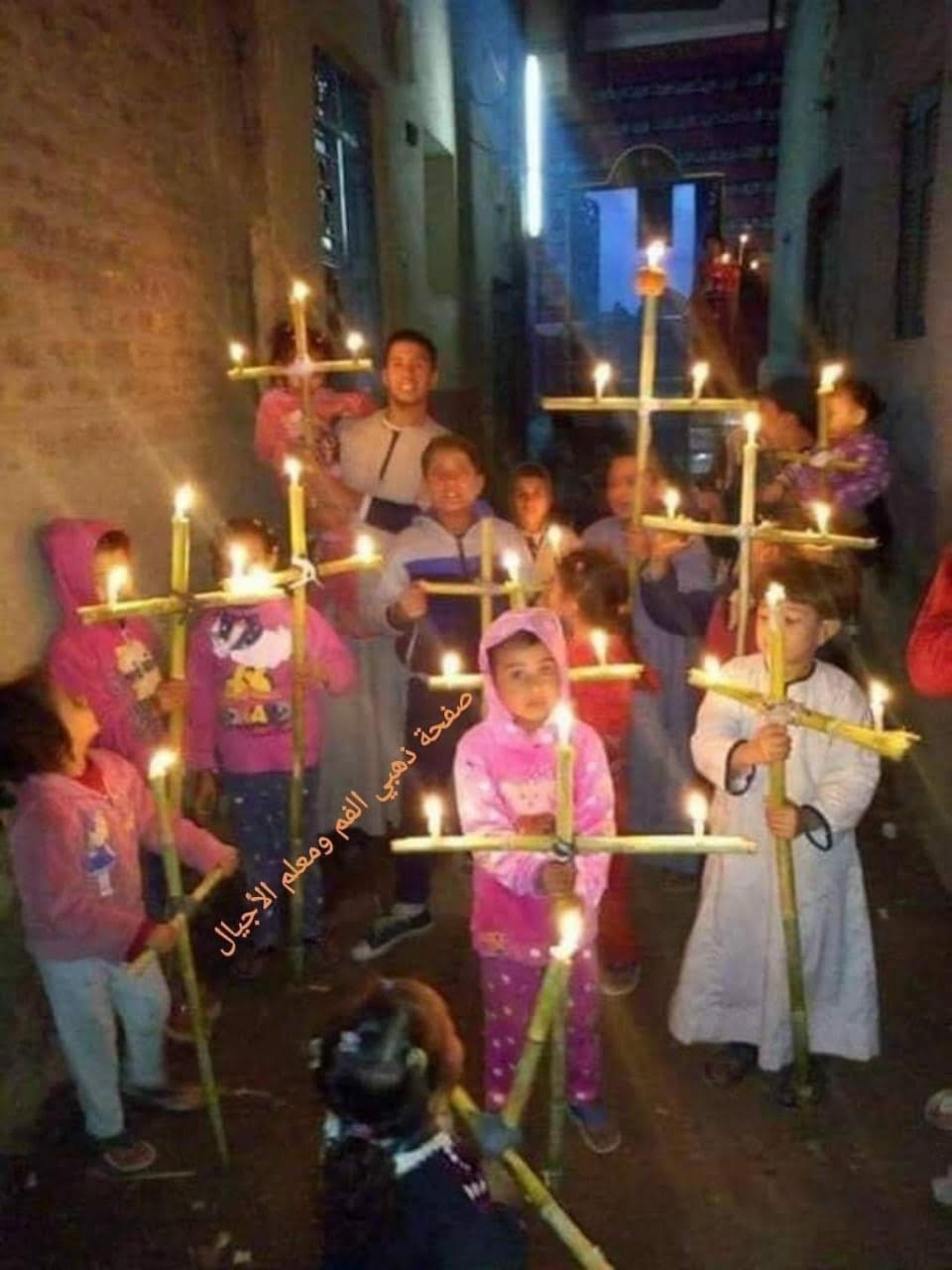 In Egypt’s southern regions where sugar cane is widely cultivated, it was customary in villages that the men who made goods out of dried palm frond stems should interrupt their usual production as Epiphany approached. Instead, they would produce four-armed crosses with spiked upper and lower tips. At the edge of every arm, they would bore a hole. On the eve of Epiphany, all the village children, Muslim as well as Christian, would buy these crosses, fix candles in the holes and oranges on the top spikes—oranges are also in season, and they symbolise abundance—then push the crosses onto the top of sugar canes. They would then light the candles, form a procession, holding the canes high, and marching through the streets of the entire village at night. They would sing a song which, like many children’s folkloric songs, makes no rational sense. But if a procession happens to be formed of mostly Coptic children, they would sing a song that had to do with Christ’s sacred Epiphany. According to Egypt’s brilliant vernacular poet Abdel-Rahman al-Abnoudi (1939 – 2015) who hailed from the village of Abnoud in Qena, some 600km south of Cairo, he used to be part of that procession. “Every one of us village children had to be part of it,” he said. “Imagine the dark of the night, before there was any electricity, being lit up with our numerous candles! Oh, what light! We would excitedly march through the village streets, and the men and women in the houses would shower us with sweets, popcorn, or whatever.” The procession was called “Belabeessa”, said to be an ancient Egyptian word that denotes candles.

On the Eve of Epiphany, the Copts in Egypt used to make a fanous, a lantern, in the shape of a censer, out of oranges. An orange would be carefully hollowed out of its pulp, and a cross carved into the peel which would then be hung through three long strings that would be tied together at the top. If a small candle is placed inside, it would look exactly like the censor used by priest during services of raising incense in church. Children used to hold them to celebrate Epiphany in their churches.

On Epiphany Eve, villagers used to head to the Nile bank where they would have a midnight dip in the icy cold water. Hence the popular name for the Epiphany Feast, Eid al-Ghitass, literally Feast of the Plunge.

Many historians mention that Muslim Egyptians used to share in Coptic Epiphany celebrations by the Nile river. Historian Taqi al-Din al-Maqrizi (1364–1442), mentioned that the Feast of Epiphany was celebrated by Christians on 11 Touba, to commemorate the day when Yehia Ibn Zakariya, known by Christians as John the Baptist, baptised Jesus in the River Jordan. Christians thus would plunge themselves and their children into the River Nile that day. Maqrizi said that on the eve of the feast, tents were set up on the river bank, and the Caliph and his family members would come there. Torches would be lit on land and sea, their radiance penetrating the sky with dazzling lights. Hot tea would be served, and oranges and sugar cane relished. 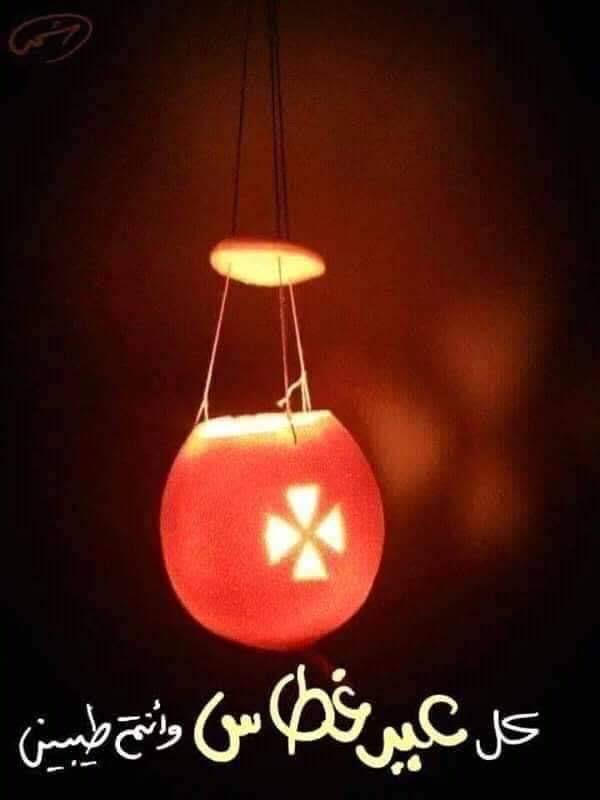 Al-Massoudy, another historian, wrote that Epiphany Eve in Egypt during the Ikhshidi Dynasty (935 to 969) and the Fatimid Dynasty (969 to 1171) was among the most delightful nights in Egypt when people would take midnight dips in the Nile; some believed it gave their bodies immunity against disease.