Anba Joseph, Coptic Bishop-General of Africa, has signed a MoU between the Namibian Prison Service and the Coptic Orthodox Church, in the Namibian capital, Windhoek.

In the signing ceremony, Namibia was represented by Major General Raphael Hamonila, Head of the Prison Service of the Namibian Ministry of Interior, and his two deputies: head of the Rehabilitation and Social Integration Sector, and head of the Health Sector.

Anba Joseph talked of the Coptic Church’s willingness in jointly cooperating with the Prisons Service to serve prisoners all over Namibia on the spiritual, psychological and medical aspects.

Major General Hamonila expressed his happiness at the joint cooperation with the Coptic Church. 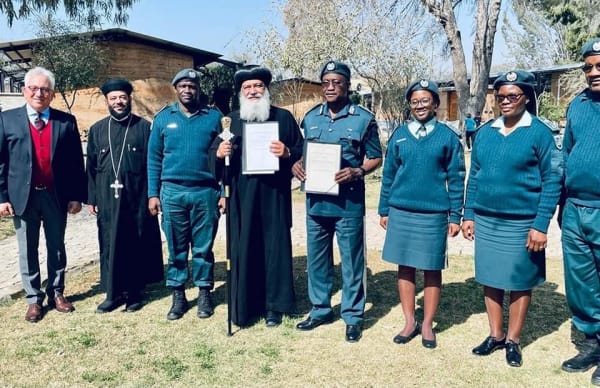 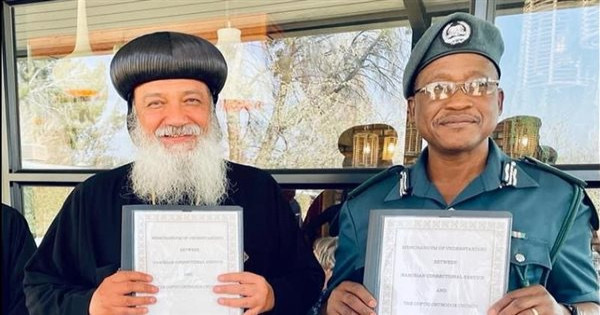