Pope Tawadros II presided on 7 December over the funeral of Anba Daoud, Bishop of Mansoura. The funeral service was held at the Cathedral of the Holy Virgin and Archangel Mikhail in Mansoura, the capital city of Daqahlia Governorate. Anba Daoud passed away on 6 December, aged 65, following 33 years of monastic life and after a long battle with illness.

Twenty-two members of the Coptic Orthodox Holy Synod participated in the funeral service, also the priest community of Mansoura. The congregation filled the spacious cathedral; hundreds had come to bid farewell to their widely loved and venerated Bishop Anba Daoud, and came to pay him respects and bid him farewell.

Mr Mukhtar extended his sincere condolences to the Pope, the Copts and Egyptians at large. He described the late Anba Daoud as a great scholar, also a man famous for his integrity and love for all. Mr Mukhtar recalled that Anba Daoud always participated in all the governorate’s events, be they religious, social or cultural.

Pope Tawadros said that during our life on earth we should always realise the value of heaven, because the ultimate end of our earthly bodies is dust.

The Pope talked about three features of the heavenly community: a community of righteousness, peace and joy. He remembered Anba Daoud as a quiet, serene person who was always calm and content, accepting everything that came his way with gratitude. Anba Daoud was also very patient, the Pope said, and bearing the cross of his illness with forbearance.

The Pope thanked all who came to express condolences, and announced that Anba Salib, Bishop of Mit Ghamr, Daqadous and the Eastern Lands, has been assigned as Papal Vicar of the Diocese of Mansoura, until its pastoral affairs are put in order.

Anba Daoud was born Ihab Nazeer Khalil Wahba in Cairo, in 1957. He graduated from the Faculty of Fine Arts with a degree in Architecture in 1978. 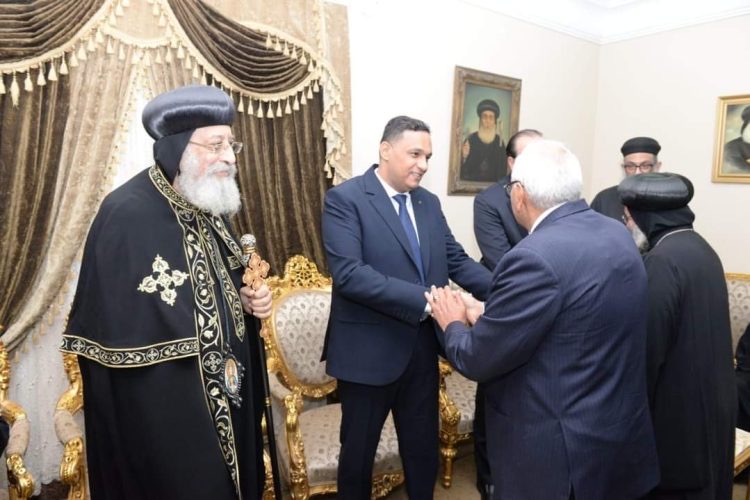 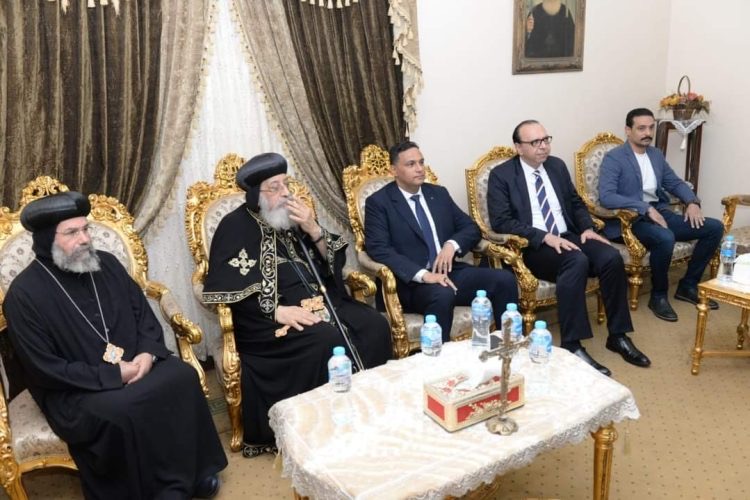 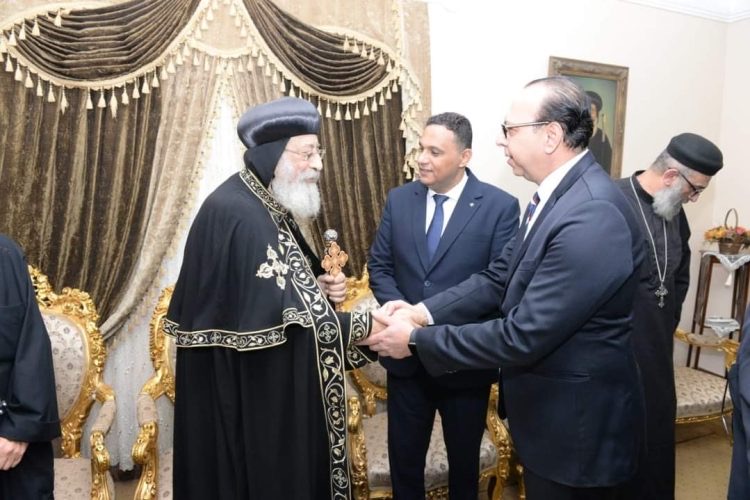 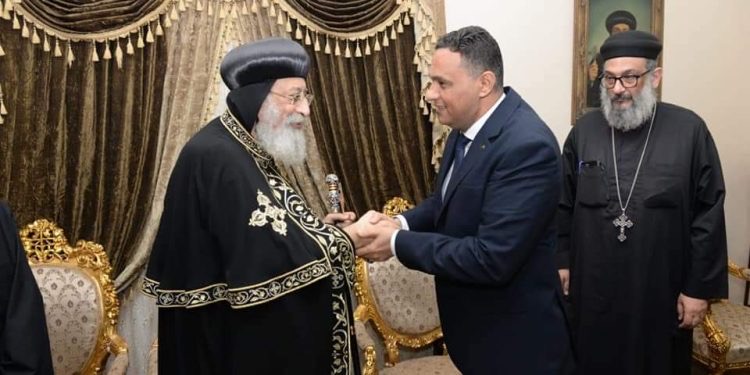 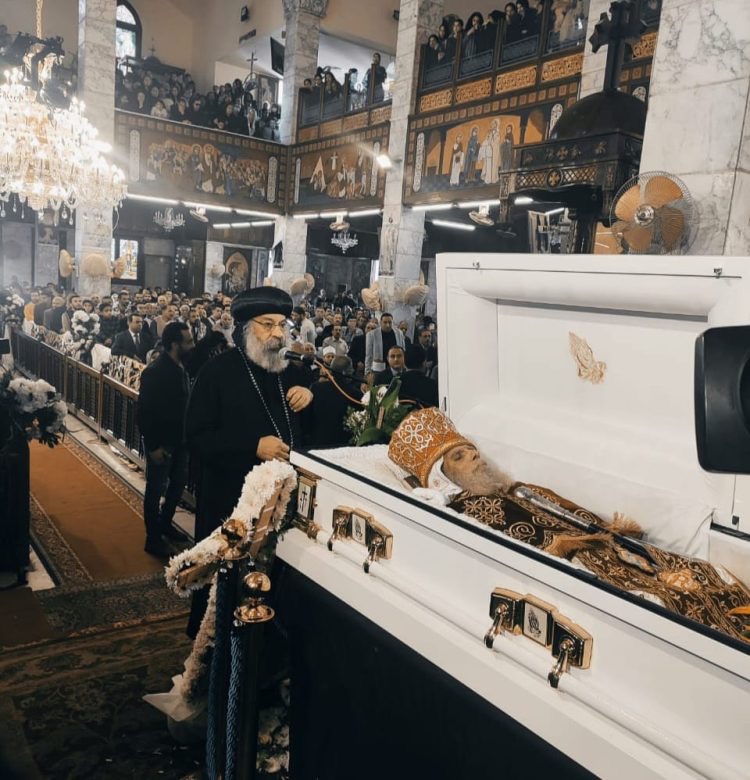 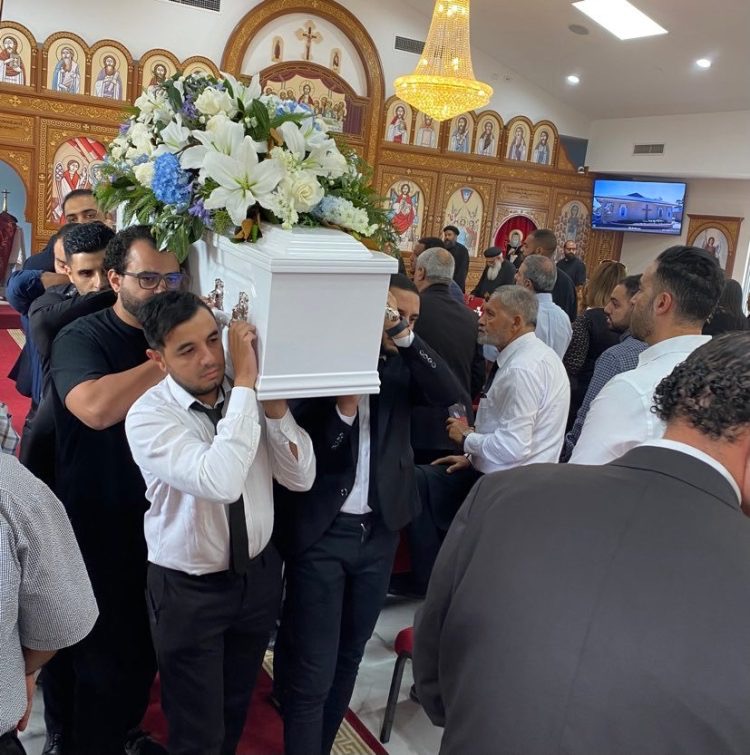 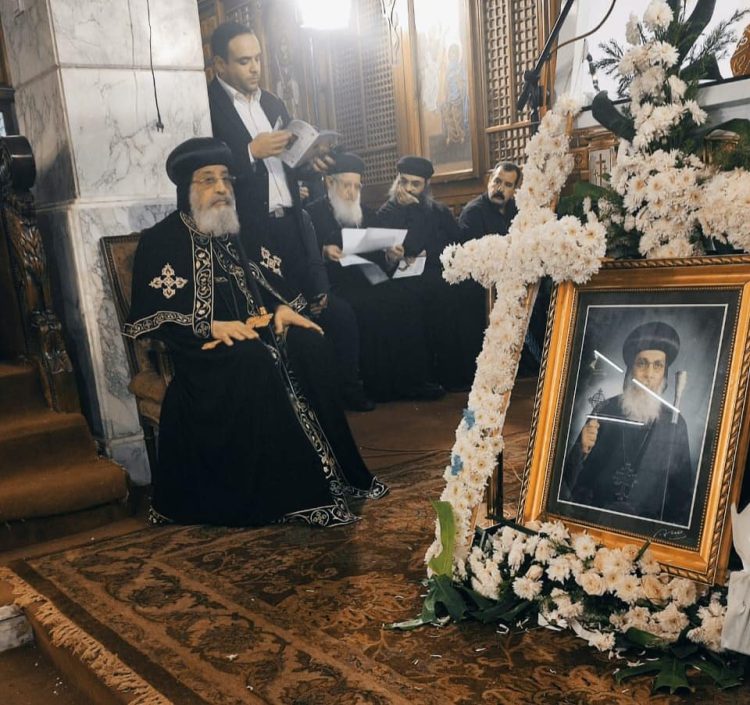