Pope Tawadros II joined Mahmoud al-Matini, President of Ain Shams University on 24 September in opening the university’s first International Conference on Coptic Archeology at the theatre of the university in Cairo.

The conference, which focused on Coptic language, architecture, art, and manuscripts, and which ran till 26 September, was organised by Ain Shams University’s Faculty of Archeology in collaboration with the Société d’Archéologie Copte (SAC, Society of Coptic Archaeology) in Cairo and the Insitut français d’archéologie orientale (IFAO, French Institute of Oriental Archaeology), also in Cairo.

On its website, IFAO described Coptic heritage as: “Coptic archaeological heritage is as rich as it is diverse. The connections between the Coptic culture and the ancient Egyptian civilisation are a testament to continued traditions some of which stand until today. Not only that, but the Coptic culture has influenced many others while having embraced traditions from other peoples.

“The continued research on Coptic archaeology has revealed a wealth of information that is still constantly being broadened by ongoing scientific and academic investigations.”

The Conference, IFAO informed, aimed to bring together both young and leading scholars, professors, and archaeologists to exchange and share their research results on all aspects of Coptic Archaeology. The objective was to analyse influences between the Coptic culture and other cultures such as ancient Egyptian, Greco-Roman, or Islamic cultures in art, architecture, language, or manuscripts; also to shed light on the daily life of Copts through the archaeological studies, and to trace the development of Coptic architecture, art, language, and manuscripts. An added value, according to IFAO, would be to support young scholars of Coptic archaeology and provide them with a venue to present their ongoing research.

Pope: “It’s all about roots”

The Pope gave a word in which he praised the keenness of Ain Shams University, under the leadership of Dr Matini, and that of SAC and IFAO to hold a conference on Coptic archaeology. He said that interest in history and archaeology was all about a regard for roots and origins. He lauded the increasing interest of the Egyptian government and State institutions in Coptic heritage, especially citing the government’s efforts in touristically developing—jointly with the Coptic Church—the sites on the Holy Family’s biblical journey into Egypt.

Egyptian history and civilisation in general, he said, spanned ancient Egyptian, Greek, Roman, Islamic, Middle Eastern, and modern components. “Egyptians,” the Pope said, “possess the ability of storing in their subconscience diverse civilisations, so much so that it is said ‘history lies under the skin of Egyptians’.” It is this history, he said, that Egyptians draw their time honoured ethics and values from.

Pope Tawadros pointed to the significance of Coptic studies and the Coptic language throughout history, a language which is the last form of the ancient Egyptian language, and which still lives on now in many elements of the Egyptian Arabic spoken today.

The history of the Coptic Church, Pope Tawadros said, is a bright page in the Egyptian history book. Its influence extends from inside Egypt to places over the world; Coptic saints have legacies to this day in sites as far away as Ireland where seven Coptic monks are buried, Munich where the city seal features three Egyptian martyrs, Zurich where the city patron saints are also three Coptic martyrs from Thebes; and Zurzach where the Egyptian St Verena is buried. 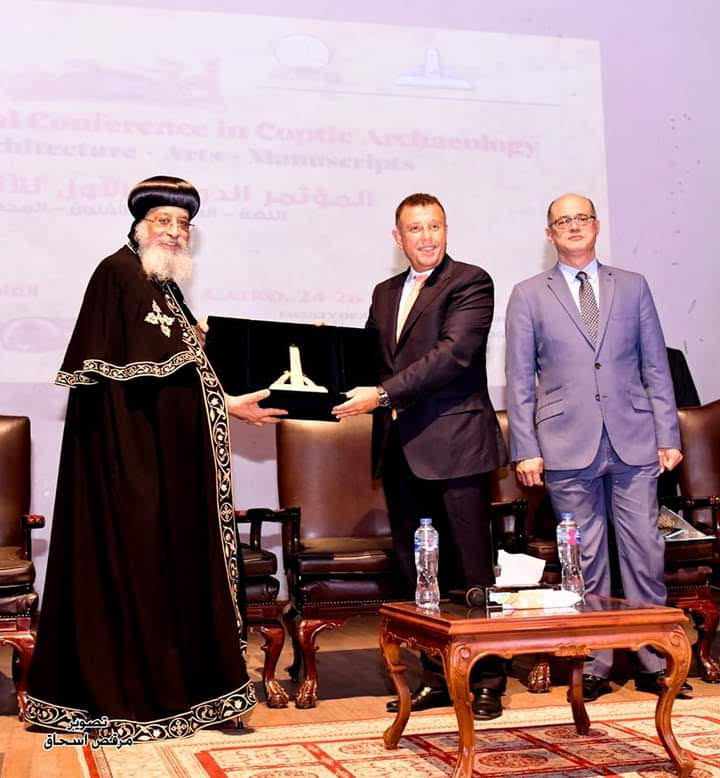 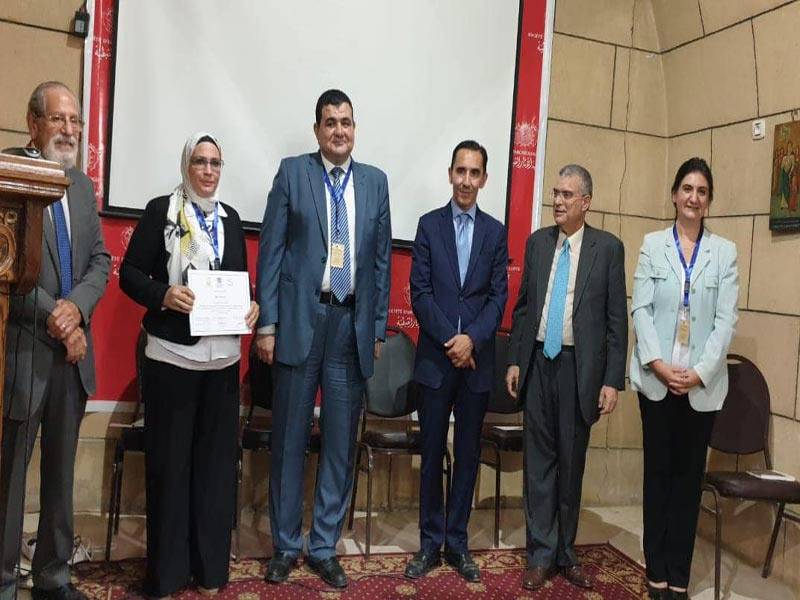 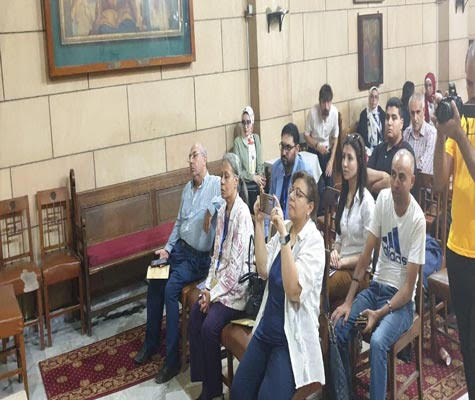 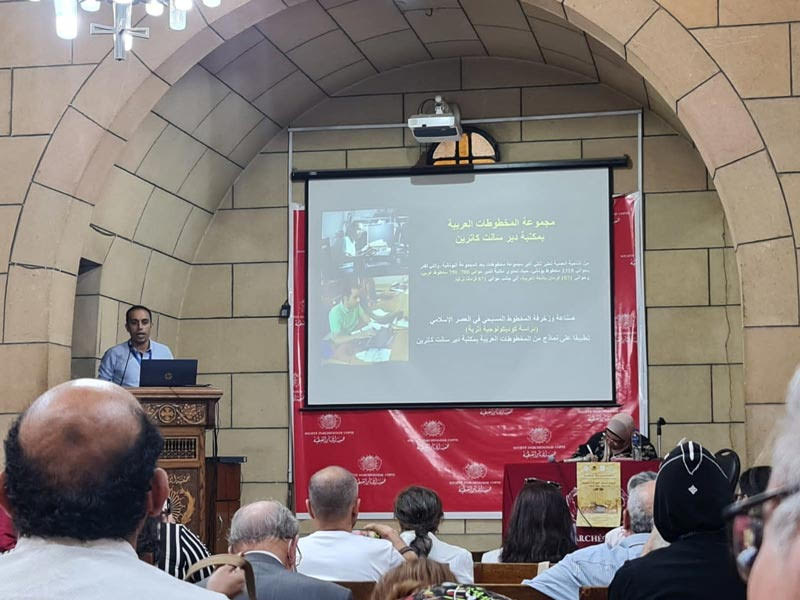 Where thanks are due

Dr Matini expressed his happiness at Pope Tawadros’s participation in opening the conference, which was a fruit of the work of the newly established Faculty of Archaeology. He thanked SAC and IFAO for their collaboration, and stressed the interest of Ain Shams University in studying all the rich layers of Egyptian history, including the Coptic era. He explained that the university was doing archaeological excavations in cooperation with the Ministry of Antiquities, IFAO, and SAC.

The President of the University lauded the efforts towards and participation in the conference, saying that 45 research papers from Egypt, The Netherlands, France, and Canada were chosen out of 210 that had applied to participate in the conference.

Acting Dean of the Faculty of Archaeology, Hossam Tantawi, gave a word in which he thanked IFAO and SAC for their keen and active cooperation in everything that concerned the conference; also to Nora Muhammad Hussein, instructor at the Faculty, for spearheading the idea of holding the conference and for sparing no effort to make it finally see light.

Laurent Coulon, Director of IFAO, spoke of the long history of the institute in conducting archaeological work and research in Egypt; IFAO was established in 1880 and has been active on excavations of predynastic Egypt and through to the later periods in Egyptian history. He explained that French interest in Egyptology went further back than IFAO, pointing out that this year 2022 marks the bicentennial of decoding the Rosetta Sone by the French scholar Jean-François Champollion, which opened the way to unlocking the mystery of the ancient Egyptian language. The Coptic language, Mr Coulon said, was key to the decoding process. 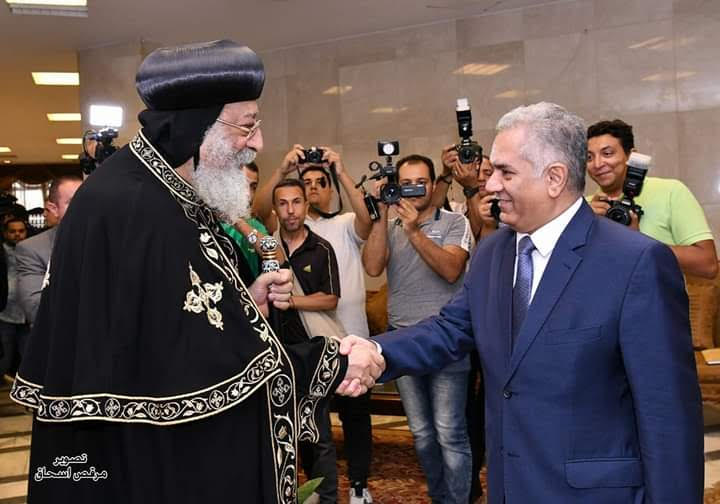 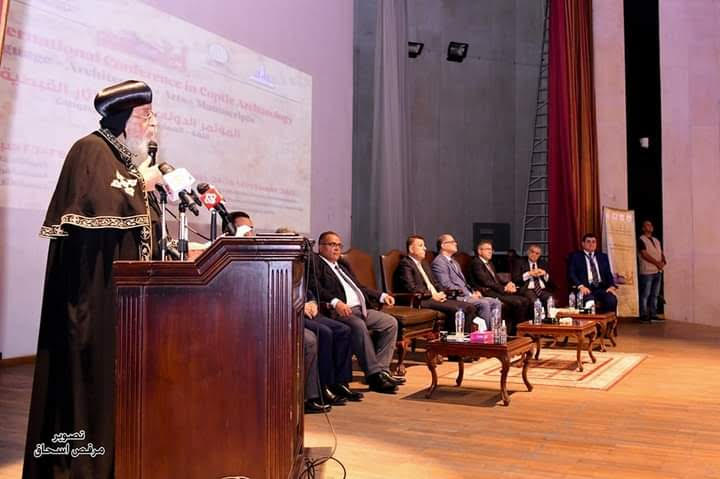 The word of Wassef Boutros-Ghali, Head of SAC, was delivered by vice- head Murad Wahba who started by thanking all the officials involved in the conference. He went on to give a brief history of Coptic Studies in Egyptian universities since Coptic language was among the languages studied in the faculties of art in the 1950s, until the first faculty of archaeology was established in 1970 and included Coptic studies among its Egyptian Antiquities department. Today, a number of Egyptian universities boast Coptic Studies departments. However, Dr Murad said, as far as school history curriculum is concerned, more elaboration is needed on the Coptic era which is now in sufficiently included, and which extended throughout the first eight centuries AD.

As the opening session of the conference came to a close, Dr Matini presented Pope Tawadros with Ain Shams University’s shield, and honoured IFAO’s Dr Coulon, SAC’s Mr Boutros-Ghali, and others.

The final resolutions, posted on the Ain Shams University site, were:

Working on preparing a plan for the restoration, documentation and registration of icons in Egyptian churches and monasteries, creating a database for them, and publishing them in a catalogue for each church in both English and Arabic.
Publishing and studying Coptic Ostraca documents.
Focusing on the necessity of studying the intangible heritage and social life of the Copts with the help of related documents and sources.
Creation of a database of Coptic manuscripts in monasteries, churches and public libraries and making it available to researchers, while publishing it on the Internet for the benefit of researchers inside and outside Egypt.
Focusing on the study of inks, papers, and materials used in Coptic manuscripts, and in the painting of icons and frescoes. 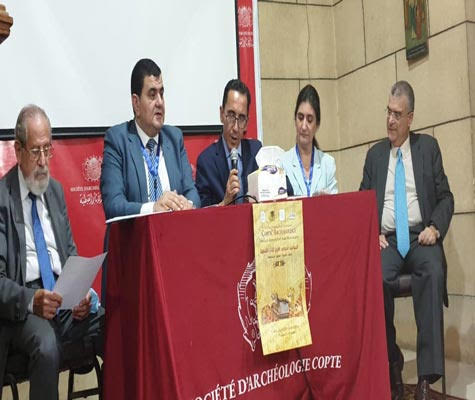 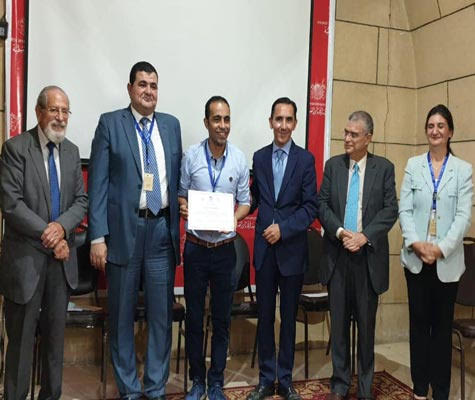 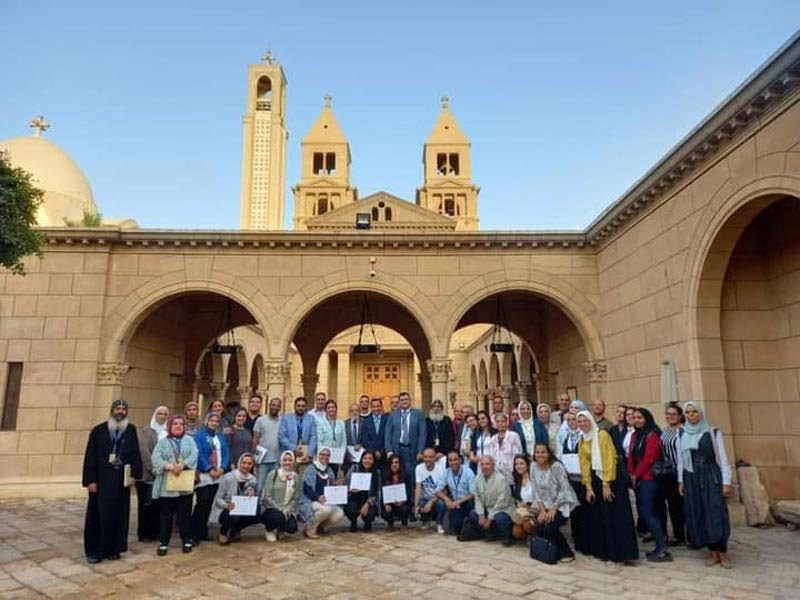