The funeral service for Anba Isaak (1937 -2022), Bishop-General and Spiritual Supervisor of the Monastery of Anba Macarius the Alexandrite in Gabal al-Qalali in Egypt’s Western Desert, who departed our world yesterday, 6 September, was held today at St Mark’s Cathedral in Alexandria. Pope Tawadros II presided over the service in which 20 members of the Holy Synod participated, among them Anba Pachomius, Metropolitan of Beheira and Pentapolis, and Abbot of the Monastery of St Macarius the Alexandrite in Gabal al-Qalali, and Anba Antonius, Metropolitan of the See of Jerusalem and the Near East. The monks of the St Macarius the Alexandrite were also there to bid their spiritual father farewell, also members of the Coptic Orthodox clergy from many dioceses.

Anba Danial, Bishop of Maadi and Secretary of the Holy Synod, offered thanks on behalf of Anba Pachomius to Pope Tawadros for presiding over the service, also to all who offered condolences on the departure of Anba Isaak: members of the Holy Synod, officials of Alexandria and Beheira governorates, and all present.

Anba Pachomius recounted precious memories with the late Anba Isaak; he said their relationship went back to the 1950s.

Pope Tawadros gave a word in which he said that the life of Anba Isaak centred on three main qualities. First, he explained, was “patience and endurance,” remarking that patience is the virtue through which a person possesses himself. “In your patience possess ye your souls” (Luk 21:19). Second, the Pope said, Anba Isaak was a “pious monk” in that he lived monasticism as it should be, in full piety. He was also a “wise manager”, the Pope said, who possessed the wisdom of the elders and had vast spiritual experience.

Pope Tawadros concluded his word by offering condolences in the name of the Holy Synod to Anba Pachomius and Anba Matta’os, Abbot of the al-Surian Monastery in which Anba Isaak had taken his monastic vows. The Pope also extended his condolences to the monks of al-Surian and St Macarius the Alexandrite, and to all who had been disciples or learned at the hands of the late monk.

Anba Isaak had passed away on the morning of 6 September 2022. An official statement announced his departure of “good old age”. His life of 85 years spanned 59 years in the monastic realm.

Anba Isaak was born on 21 October 1937, and took orders on 4 January 1964 at the al-Surian Monastery of the Holy Virgin in Wadi al-Natroun in the Western Desert In 1978, he was consecrated as ++Khouri Episkobos++ (Bishop Assistant), then as Bishop on 1st June 2014.

Pope Tawadros and the Coptic Orthodox Church’s Holy Synod issued a statement mourning Anba Isaak, titled with the verse: “Blessed are the dead who die in the Lord from now on. Yes, says the Spirit, that they may rest from their labours, and their works follow them.” (Rev. 13:14)

The statement mourned “the venerable bishop Anba Isaak” who, throughout 59 years of monastic life, “persevered in the true monastic tradition through silent, patient submission and acceptance. He presented a role-model of the faithful monk.

‘We bid Anba Isaac farewell to Heaven where we are confident he will obtain a good share with the righteous and the saints.” 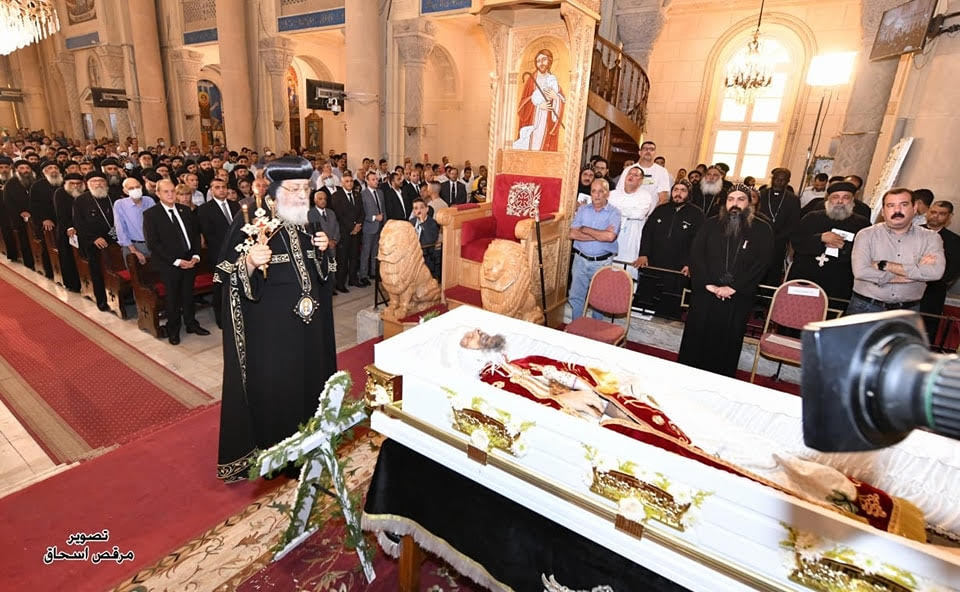 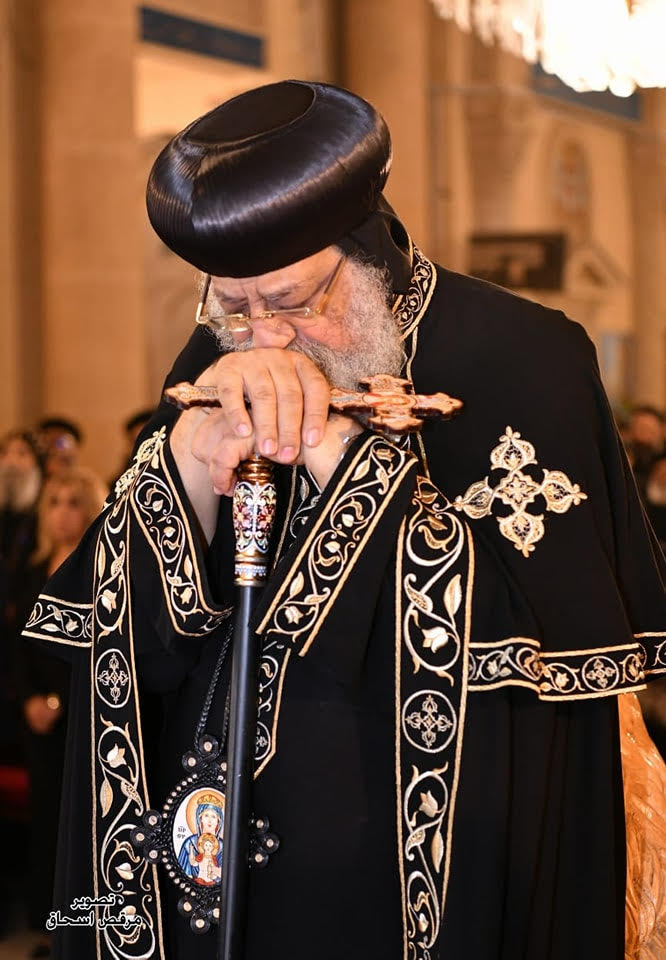