Alexandria appeals prosecution has ordered the detention of the monk Falta’os al-Maqari, whose lay name is Rimon Rasmy Mansour, pending investigation into the murder of Anba Epiphanius, Abbot of the Monastery of St Macarius in Wadi al-Natroun in Egypt’s Western Desert. Anba Epiphanius was murdered in the early hours of Sunday 29 July 2018 as he left his cell and headed to the monastery church for Midnight Praise that precedes Sunday Mass. He was brutally hit on the head from behind with a heavy sharp object that broke open his skull.

The monks were stunned to discover the Abbot lying dead in a pool of blood. They informed Pope Tawadros who ordered that the police should be directly notified. Ever since, investigations into the crime have been ongoing. A defrocked monk, Ishaia’ al-Maqari, was charged with committing the murder; he confessed to that and led the police to the instrument he used in the crime: a heavy, square iron beam which he hid in a scrap store on the monastery grounds. He also confessed to having a collaborator: the monk Falta’os al-Maqari.

Watani posted a detailed report on the investigation:

The monk Falta’os al-Maqari has been lying in a Cairo hospital for treatment of injuries and fractures he sustained on surviving a suicide attempt on 6 August.

Once the hospital pronounced him today fit to be questioned, Alexandria appeals prosecution heard him. He admitted to attempting suicide, saying he had feared the investigation and scandal.

The prosecutor confronted him with the confessions of the defrocked monk Ishaia’ al-Maqari, now known by his lay name Wael Saad Tawadros, who admitted to killing the Abbot in collaboration with the monk Falta’os. The two men, aged 34 and 33 respectively, had taken their vows at St Macarius’s together in 2010.

Mr Tawadros, who is under police custody, was yesterday 11 August taken to the monastery under heavy security where he demonstrated the crime act on site. 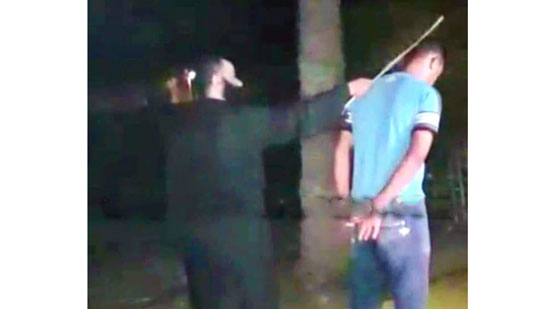