The bodies of 20 Copts beheaded by Daesh in Sirte, Libya, in February 2015 are finally expected home shortly.

This morning, Samalout prosecution summoned family members of the Coptic martyrs to inform them of the expected arrival of the bodies, and to ask that they prepare to receive them and sign the official reports to that effect.

The 20 Copts had been beheaded, together with and one Ghanaian, for their Christian faith by Daesh in Sirte, Libya, in 2015. It is not known exactly when the beheading took place, but gruesome video footage of the incident was released by Daesh on 15 February 2015. The video sent shock waves through Egypt and the whole world; the Egyptian Air Force retaliated with airstrikes against Daesh targets in Libya.

In September 2017, Libyan authorities announced they were able to locate the bodies of the beheaded Copts, and dug them out.

Directly after the beheading was made public and the Egyptian Force struck Daesh targets in Libya, President Abdel-Fattah al-Sisi ordered that a church should be built in the Minya village of al-Our in honour of the martyrs. Minya lies some 250km south of Cairo; al-Our was chosen because it was home to 13 out of the 20 Copts who were beheaded by Daesh. At start there were skirmishes by the village fundamentalists who refused to have a church in their midst, but it was finally decided to build the church on the outskirts of the village. This, however, allowed for a wider area and, once agreement was reached, the Armed Forces directly started on the project.

On 15 February 2018, the third anniversary of the Libya martyrs, the new church was consecrated by Anba Pavnotius, Bishop of Samalout. It had already been named by President Sisi when he ordered its erection: the church of the Martyrs of Faith and the Nation. Official opening of the church is scheduled for 15 May.

Anba Pavnotius also consecrated a shrine that has been built for the martyrs whose bodies were found in Sirte but have not yet been brought home. Once DNA testing and official procedures for moving them home were completed, they would be brought to the new church where they will be buried in the collective grave.

Egypt mourns and avenges Copts beheaded by IS

Remembering our martyrs in Libya 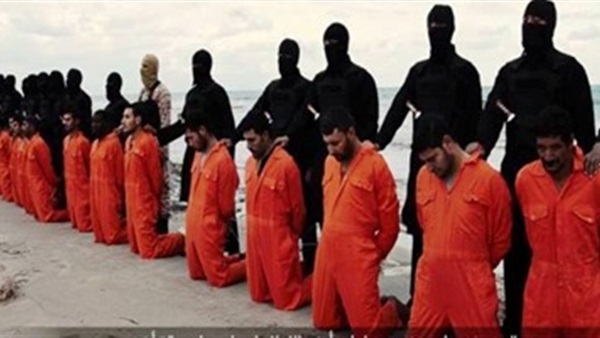