Church under legalisation attacked in Beheira

A church in the village of al-Shuqaf in Housh Eissa in the west Delta province of Beheira was attacked by a mob of Muslim hardliners on Saturday 26 May. The mob also pelted the Coptic villagers’ houses with stones, damaged the priest’s car, and set on fire a motorbike that was parked in front of the church. Seven Copts suffered slight injuries. The police was called and caught 11 Muslims and nine Copts.

An eyewitness who asked for his name to be withheld told Watani that the church is a three-storey building that has been in use for worship for over three years now, and is known as the church of St Mark. He said that, a few months ago, construction work started on building a mosque close to the church. On Saturday afternoon, the Muslim worshippers began shouting slogans against the church and the Copts, and used the mosque microphones to call upon the villagers to attack the church. Many villagers gathered and waged the attack.

The Coptic villagers claim that the nine Copts who were arrested had been caught randomly in what has now become common practice by the police in order to pressure the Copts into ‘conciliation’, so that no legal action would be taken against the Muslim culprits in exchange for setting free the Coptic detainees and ensuring a swift end to hostilities. ‘Conciliation’ is a traditional out-of-court settlement of disputes that requires the disputing parties to forego their legal rights. Copts are more often than not pressured or forced into accepting conciliation terms that are harsh and unjust.

Upon intervention of local politicians and security officials, the Copts and Muslims of al-Shuqaf agreed on signing a conciliation agreement that allows the church to remain in use. It is expected that the detainees would be released shortly. 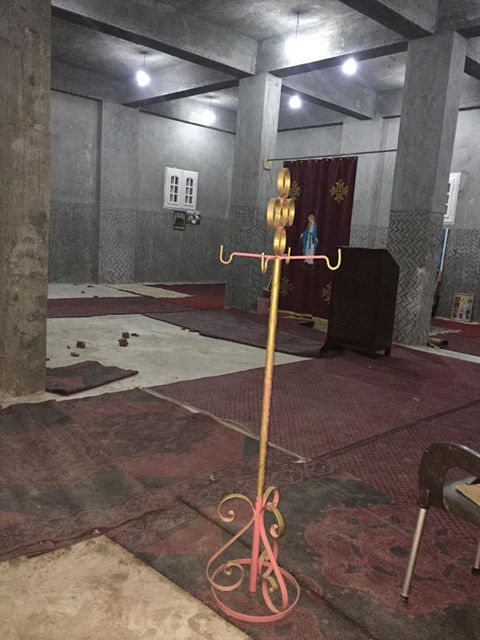 Even though no explicit reason has been given for the attack, the Copts believe that it was in retaliation for the fact that their church is expected to be legalised soon.

When the Law for Building Churches was passed in 2016, St Mark’s was among the 3000-plus non-licensed churches that applied for legalisation of status according to the new law. The law eases the building and restoration of churches after centuries during which Copts had found it near impossible to obtain licence to build a church and, in view of growing congregations and the dire need for churches, had resorted to worshipping in non-licensed de-facto churches.