Twenty-one Coptic men from the village of Amoudin in Samalout, Minya, some 250km south of Cairo, remain in police custody following their arrest on 4 December during a demonstration calling for the return of a missing 17-year-old woman. The 21 men are held pending investigation for charges of rioting, resisting authorities, and sectarian sedition.

The young woman, Mirna Barsoum Aziz, has been home since 8 December, once she was found by the police and handed to her parents. The following day, the entire family attended Mass in the village church, following which the family and priests called upon the police to release the detainees who, they said, had acted out of their fear for Mirna.

Mirna, a secondary school student, had left her home on 2 December to attend a private lesson but never came back. The village Copts held demonstrations during which they shouted “Mirna should be back,” and “We want our girl back”.

The police moved to the village and, according to an eyewitness from the girl’s family, fired tear gas to disperse the protesters, which created a state of panic in the village. Twenty-one Copts were caught.

A police source said that Mirna had been tracked on surveillance cameras riding a tuk-tuk heading to the nearby village of Attsa where she disembarked and was not seen on camera since. The tuk-tuk driver was questioned and said that she then took a ride to the city of Minya. The source said the police found Mirna and would hand her to her family once investigations and legal proceedings were done, which they did. 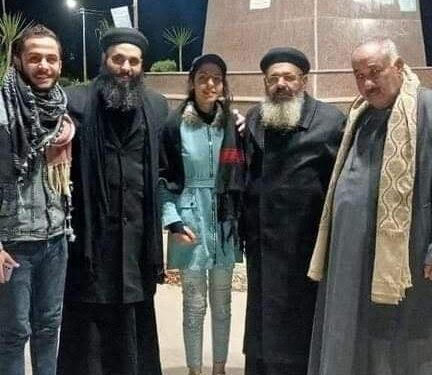