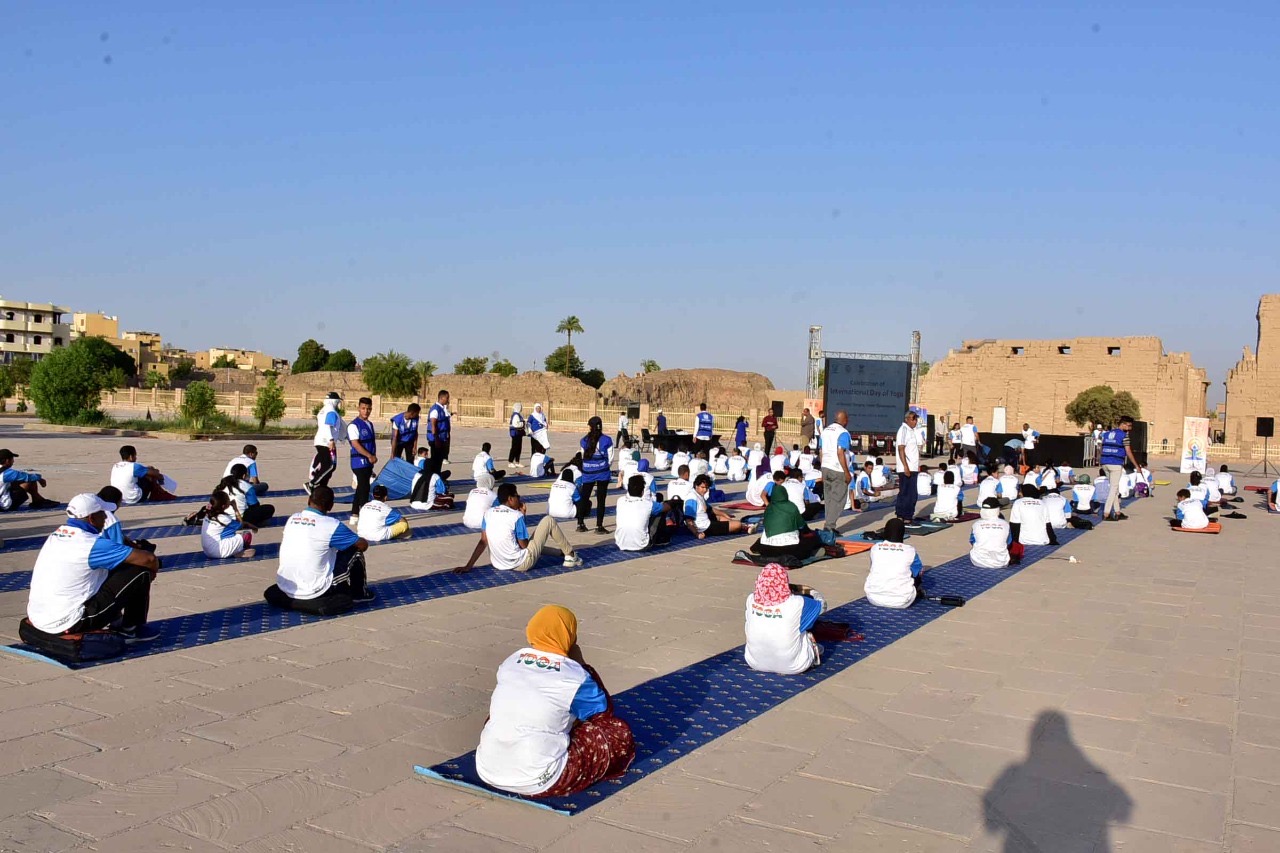 Attending the celebration was India’s Ambassador to Egypt, Ajit Gupte, together with a delegation from the Indian Embassy; and Head of Luxor city General Ali al-Sharaby who represented Luxor Governor, Mustafa Alham. Participating were a large number of young people, as well as the Ministries of Youth and Sports, Tourism and Antiquities, and Luxor Governorate. 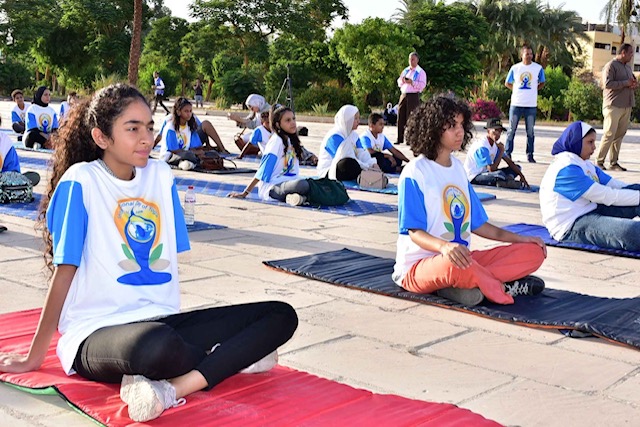 The celebration included a two-hour Yoga session in front of Karnak Temple. The session began with an introductory presentation on the importance of yoga in treating diseases, clearing minds, and improving health; also on its relevance to the ancient Egyptian civilisation and the arts of meditation and relaxation. 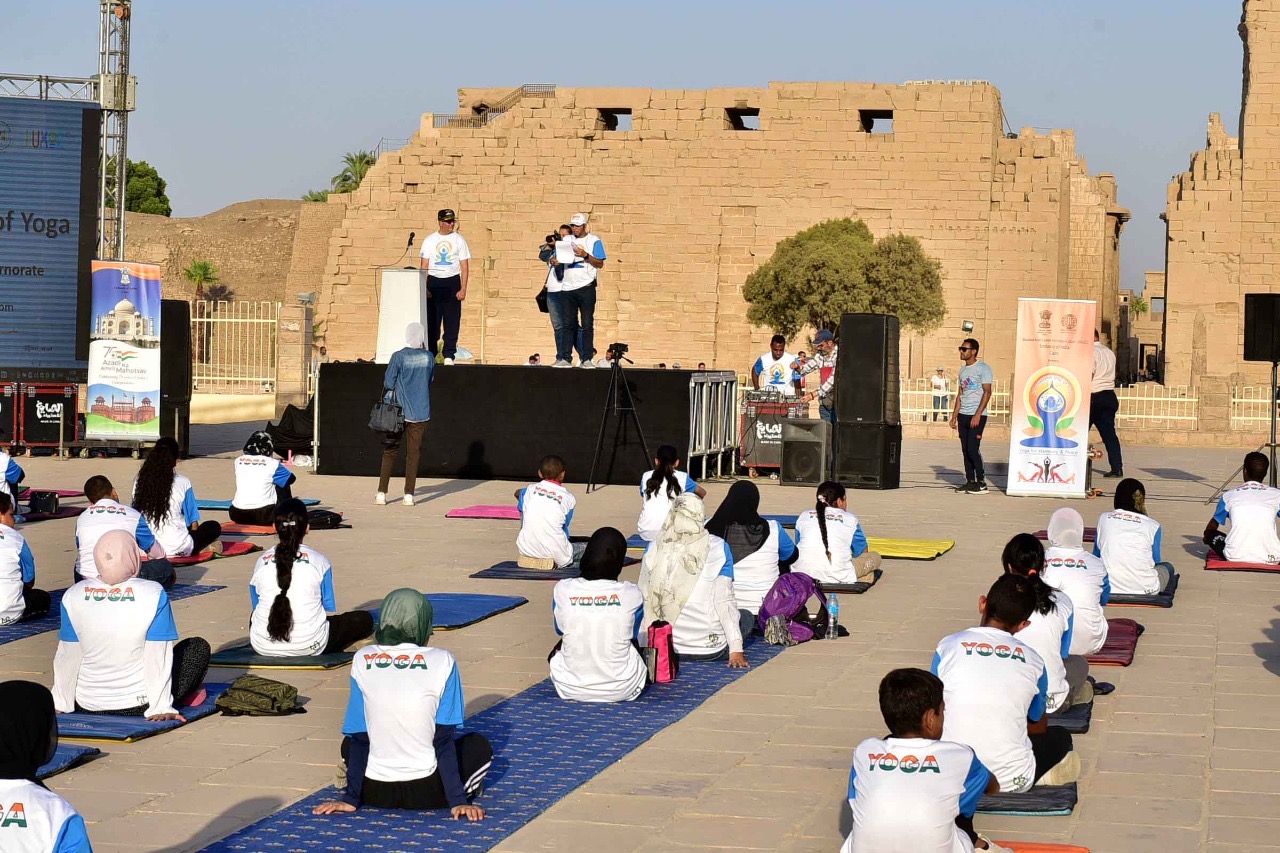 The Indian ambassador noted that in 2014 the United Nations approved a proposal made by Indian Prime Minister Mr Narendra Modi, to assign June 21 of each year as the International Day of Yoga. This decision was then adopted by 177 countries including Egypt.

Mr Gupte said the Indian Embassy will be to organising a series of activities in different cities in Egypt to commemorate Yoga Day, the day when Yoga was considered the gift of the ancient Indian civilisation to the whole world.

General Sharaby and Mr Gupte exchanged memorial shields. The former expressed his wish to increase cooperation with India, especially in the field of tourism, and to increase the number of tourists from India visiting Luxor.