The Grand Egyptian Museum (GEM) in Giza, scheduled to open in 2020, has recently received six large-sized artefacts from the Egyptian Museum in Tahrir Square. Among the pieces moved was a granite sphinx of Ramses II (1303 – 1213BC) that weighs some 6 tons.

The artefacts were moved under tight security, and will be examined and renovated before they are put on display.

Al-Tayed Abbas, General Manager of Antiques Affairs at the GEM, told the media that the pieces transferred were a great addition to the new museum.

GEM is still under construction and is scheduled to open in 2020. Its foundation stone was laid by President Hosni Mubarak in 2002. Proclaimed as the largest archaeologist museum in the world, the museum is built on an area of 120 acres of land, about two kilometers from the Pyramids of Giza, and is a major landmark of the new master plan for the plateau. 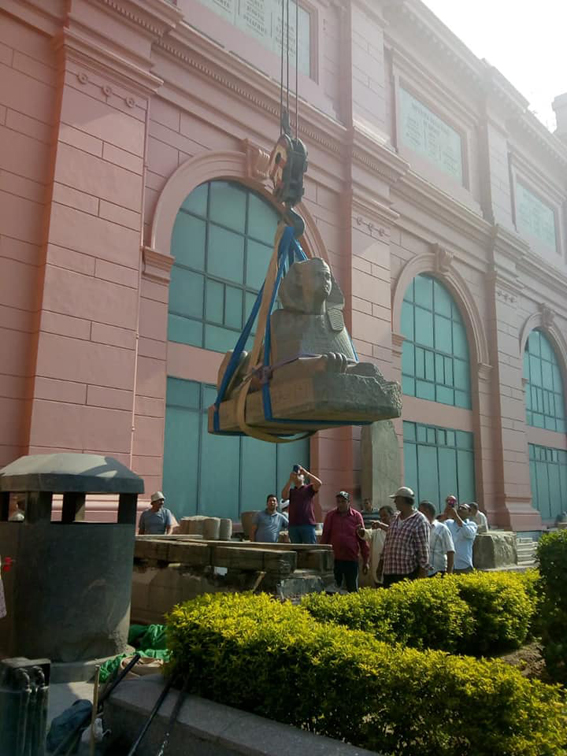 In 2007, a USD300 million loan was secured from Japan to build the GEM. The Egyptian government is funding the project with USD147 million; as to the remaining USD150 million, they are being funded through donations and international organisations. The 3,200 year old statue of Ramses II, which once stood tall in Ramses Square, in downtown Cairo, up until 2006, before it was moved to the GEM, will now occupy a centerpiece position with the museum building surrounding it. 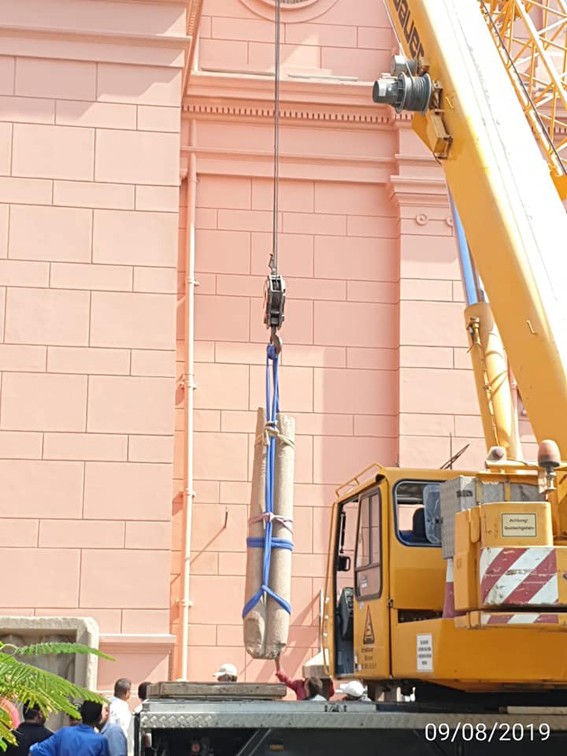