Mezzo Soprano Farrah El-Dibany is the first Egyptian or Arab ever to win the Prix Lyrique de l’AROP. The award is considered the most prestigious an opera singer can receive, courtesy of the Paris Opera House. Based in the Opera de Paris, this annual international award is tailor-made to the appraisal of opera singers, and is given to one female and one male soprano. Dibany won several awards but this time was an altogether different challenge, since she was in competition with 800 other singers in Paris Opera.

“This fact put me before a looming challenge,” Ms Dibany told the media.

“It was a victory to achieve such a near-impossible success. But it was also a big motivation to rise and excel.

“When I won I was elated, but also felt that a huge responsibility had been placed on my shoulder and I must rise up to it. I was the first Egyptian or Arab to make it there, so I had to honour that position.”

The gifted 30-year-old talked of her passion for opera singing. “I studied at the Opera Berlin even as majored in architecture. However, singing has always been my talent and passion.

“My journey with singing started when my teacher in the German school in Alexandria heard my voice and encouraged me to train at the Opera House. So I started training with the prominent Egyptian soprano Nevine Allouba.

“I was brought up in a family which, back to my grandparents, was enamoured of classical music and opera, so I grew up feeling that music was part of me. I was continuously encouraged by my parents and grandparents to pursue training at the opera and to finish my architecture studies. I trained and worked hard to hone my talent and achieve professional standard in singing.”

Ms Dibany said it took very hard work and intensive training to qualify for the Paris Opera competition. Hundreds of singers applied, but only four were shortlisted. The selection was based on performance, sound quality, and excellence.

As to her role models, Ms Dibany said they were Dalida and Elīna Garanča.

She said she was happy that that opera singing had a place in Egypt. “Last March,” she said, “I was invited to make two performances in Egypt. Both times, it was to a full house of excited audiences.”

Eventually, she said I dream to sing more in Egypt and be always a source of pride to my country. I wish to play Delilah in the Samson and Delilah Operetta; and I love singing Carmen. 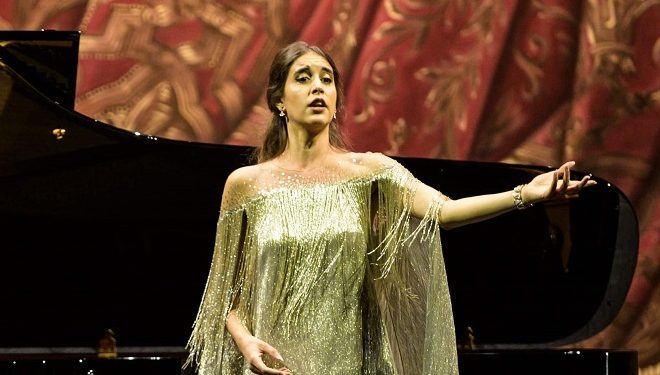 “But opera singing isn’t my only talent”, Ms Dibany said, “I perform different types of songs. I also play sports such as tennis, and have attained top professional levels in it, but singing takes up the bigger part of my time and attention. I also like languages and speak five of them: German, English, French, Italian and Arabic, with some Spanish and Greek. And I cook well various foods.

Farrah El-Dibany was born in Alexandria. In 2005, she enrolled in the Arts Centre of the Library of Alexandria and then in 2010, the Hanns-Eisler Academy of Music in Berlin. She obtained a Master’s degree at the Berlin University of the Arts and a Bachelor’s degree in architecture at Berlin’s Technische Universität. In 2013, she was awarded 3rd Prize at the International Giulio Perotti Singing Competition and she sang the role of Cornelia in Handel’s Giulio Cesare at the Cairo Opera. In 2014, she appeared as Ramiro in Mozart’s La finta giardiniera and Dido in Purcell’s Dido and Aeneas at the Radialsystem V in Berlin and then, in 2015, in the title role of Carmen at the Neuköllner Oper. She was also named Best Young Opera Talent by Opernwelt magazine. She reprised the role in Rheinsberg after winning a prize at the 2017 Kammeroper Schloss Rheinsberg Festival. In 2018 She was awarded the “Wagner Stiftung” Prize and performed for the occasion at the Komische Oper in Berlin and at the Bayreuth Festival. Her repertoire includes the alto solo sections of Pergolesi’s Stabat Mater, Mozart’s Requiem, Rossini’s Petite Messe Solennelle and Beethoven’s Ninth Symphony, the Second and Third Lady in Mozart’s Die Zauberflöte, Amastre in Handel’s Xerxes, Martha in Tchaikovsky’s Iolanta, Orfeo in Gluck’s Orfeo ed Euridice, and Orlofsky in Die Fledermaus. She performed the alto solo passages of David Lang’s The Little Match Girl Passion at the Palais Garnier for a choreographed piece by Simon Valastro. She also performs at the Paris Opera Academy where her roles include Kate Julian in Owen Wingrave and the Little Miss in Philippe Boesmans’ Reigen. Farrah El Dibany joined the Paris Opera Academy in September 2016. 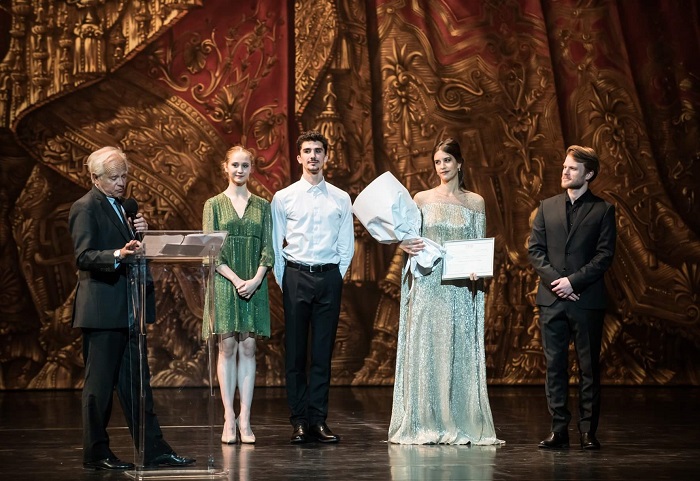 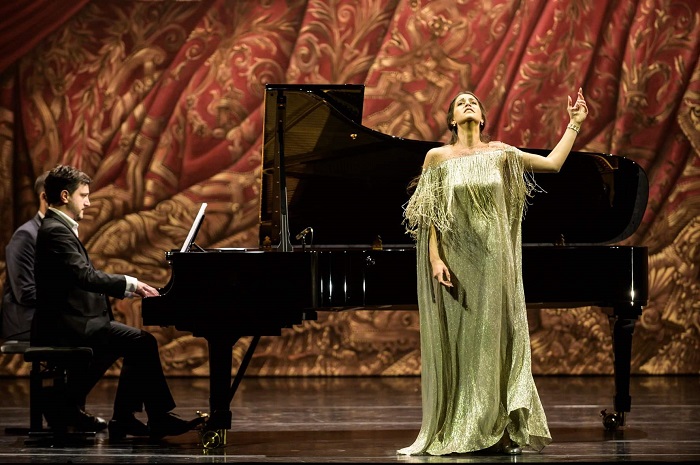