Only a few months after Egypt’s southernmost city, Aswan, named a main square after Sir Magdi Yacoub, and adorned it with a bust of the EgyptIan British world renown heart surgeon who opened a world-class heart centre in Aswan, other Egyptian towns are following suit. 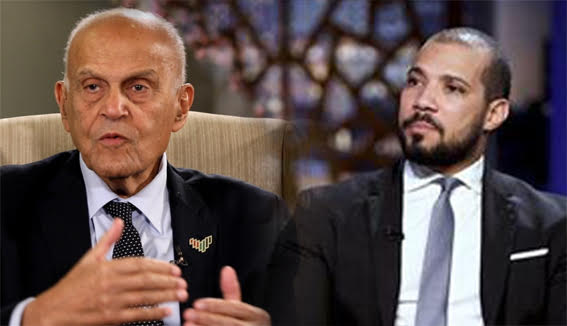 Shorouq City, a satellite town northeast Cairo, has changed the name of its al-Nahda Square into the Square of Dr Magdi Yacoub “Prince of Hearts”, in honour of the venerable scientist, his efforts in the field of cardiac surgery, and his invaluable services to needy patients . 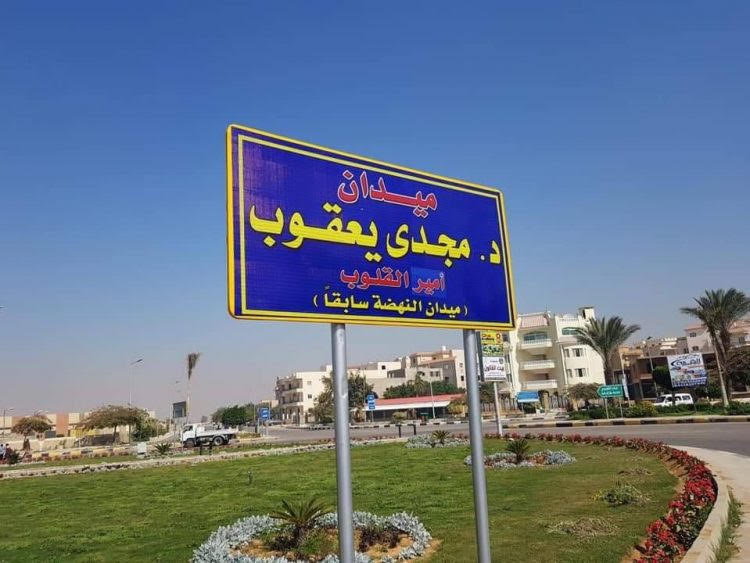 The incident was picked up by social media bloggers who were ecstatic at this recognition of Sir Magdi who Egyptians have named Prince of hearts. Sir Magdi, whose professional life was spent mainly in the UK, upon retirement founded his Magdi Yacoub Heart Foundation in Egypt, which in turn established the Aswan Heart Centre which treats all its patients free of charge. He has been highly honoured inside and outside Egypt for setting up similar hospitals in Africa and Asia. 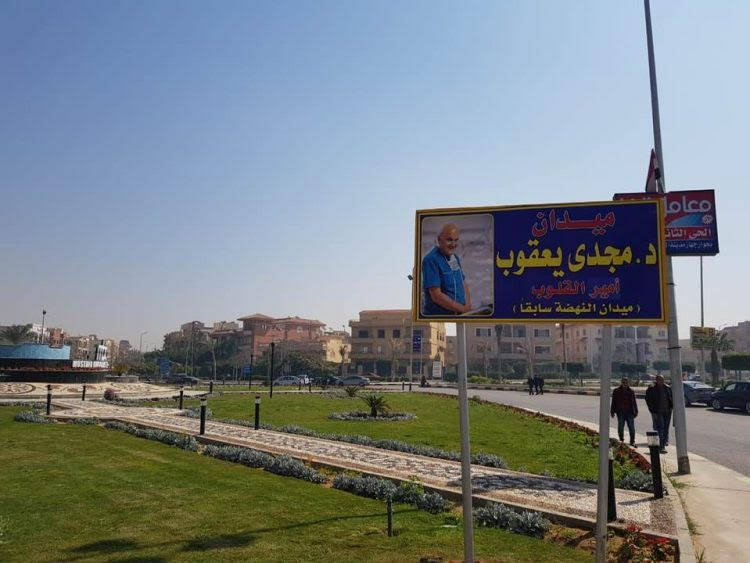 The Shorouq initiative was not lone; two weeks earlier the west Cairo satellite town of 6th October City named one of its main roads after Sir Magdi. 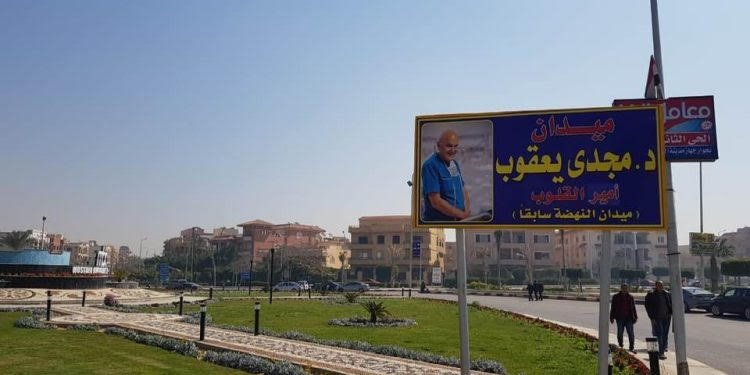 Last month, Sir Magdi was awarded the Hope Makers Award in Dubai by Sheikh Mohammed Bin Rashed Al Maktoum, Ruler of Dubai and Prime Minister of the United Arab Emirates. During the event, some Dhs88 million were collected to contribute in the establishment of the Magdi Yacoub Global Heart Centre which is expected to open in Cairo soon.

For more details on Sir Magdi Yacoub, and the acclaim he has had the world over:

But obviously not everyone is so happy with Sir Magdi. A Muslim preacher, Sheikh Abdullah Rushdy, posted on social media an opinion that Sir Magdi can never make it to paradise when he dies because he is not Muslim. “Paradise is for Muslims only”, he wrote. “Magdi Yacoub, if he dies in Christianity and does not convert to Islam, will surely go to hell, and none of his good deeds can save him.” 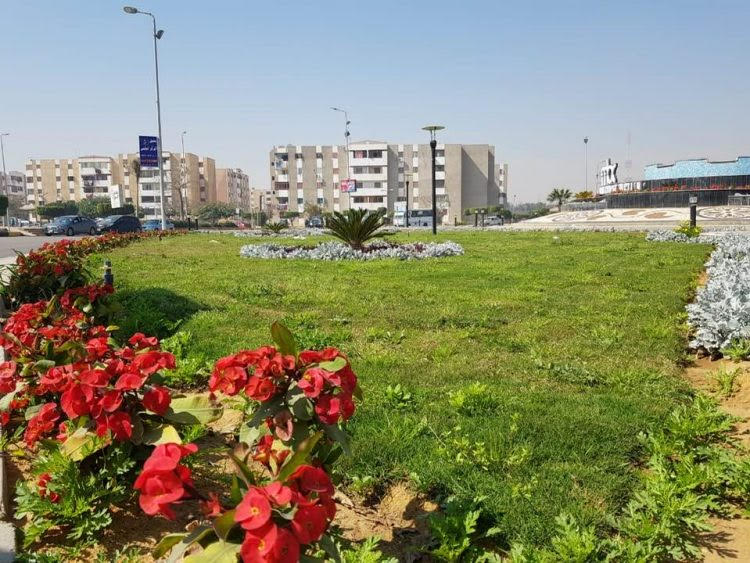 The majority of Egyptian bloggers on Facebook and Twitter denounced the opinion and accused Sheikh Rushdy of spreading a culture of hate. Comments read: “Neither you, me, or anyone on earth can decide who goes to Paradise!”; “We Egyptians are proud of Dr Magdi Yacoub; we all love him. Sheikh Rushdy, you have to know that most surgeries at Sir Magdi’s heart centre are for Muslims.” 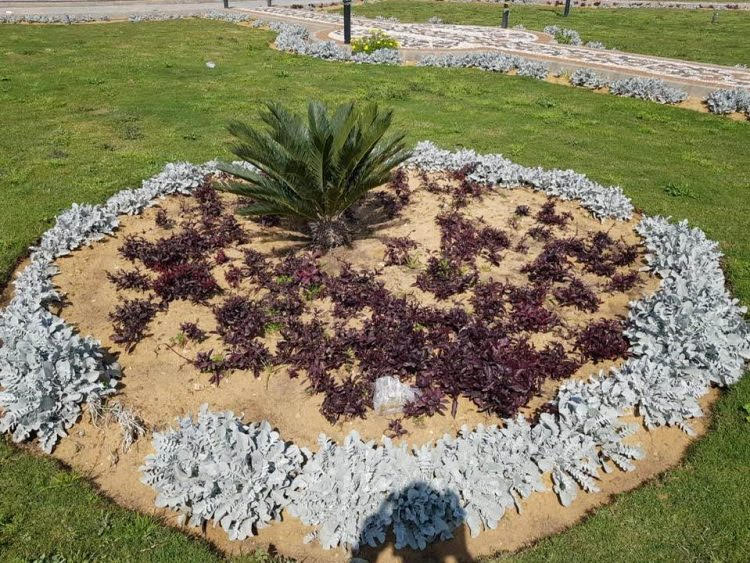 Egypt’s Minister of Endowment, Sheikh Dr Muhammad Mukhtar Gomaa, roundly and angrily denounced Sheikh Rushdy’s opinion, condemning it as hateful, divisive, discriminative, and unacceptable. He announced suspension of the preacher who he said would undergo legal questioning. “All Egyptians are equal,” Dr Gomaa said. “Copts lay down their lives for this land side by side with Muslims, and are entitled to the same respect and the same rights.” 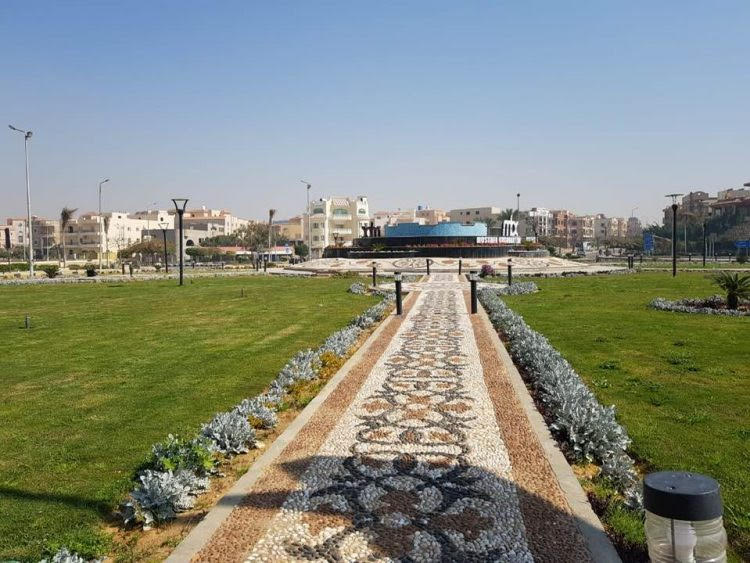