In appreciation of her role and contributions in the field of empowerment of women and gender equality in Egypt, Maya Morsy, head of the Egyptian National Council for Women (NCW), has been granted an honorary doctorate degree in philosophy from the Indian Jharkhand Rai University in Ranchi, India.

Dr Morsy is the second Arab and African woman, and the first Egyptian woman, to receive this degree. She is also considered the only figure outside India to be granted that degree in 2019.

Wided Bouchamaoui, Nobel prize laureate Tunisian businesswoman in 2015, was the first Arab African woman to receive an honorary doctorate degree in philosophy from the same university. Among other figures who received the honorary doctorate from Jharkhand Rai University are Richard A. D’Aveni, a Bakala Professor of Strategy at Tuck School of Business, Dartmouth, USA; and Jean Shinoda Bolen, a psychiatrist, Jungian analyst and an internationally known author and speaker. 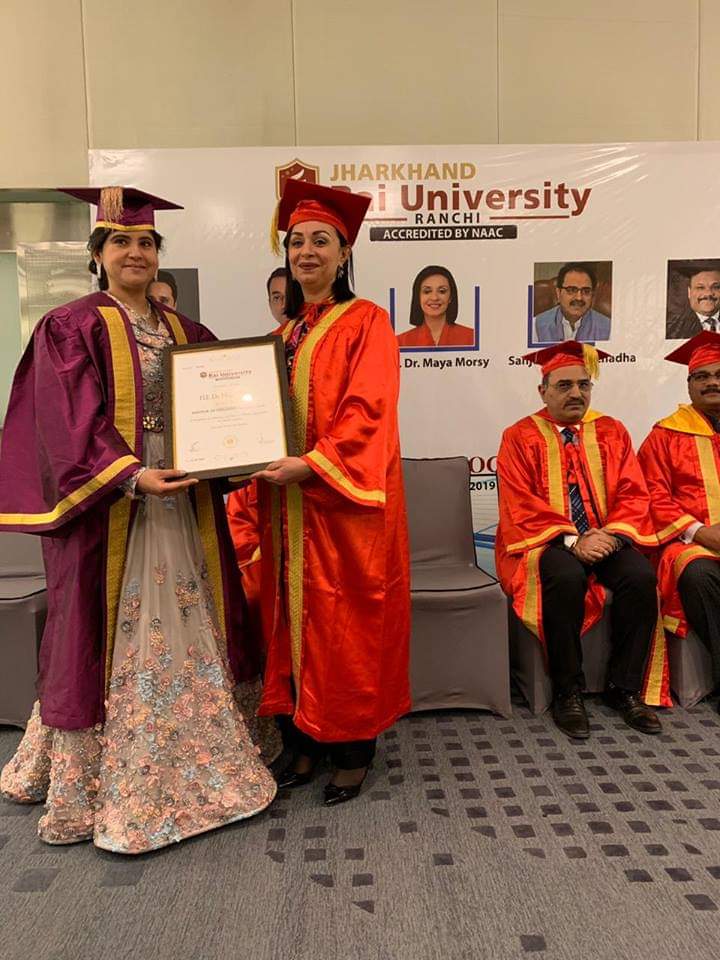