They were turbulent times

The papacy of Pope Shenouda III saw a number of unfortunate sectarian incidents, and after each of them Copts sought comfort in the words of their Pope. For his part, His Holiness

The papacy of Pope Shenouda III saw a number of unfortunate sectarian incidents, and after each of them Copts sought comfort in the words of their Pope. For his part, His Holiness carried their tears and sufferings in his heart, and although this made the cross he was bearing heavier by the day he never ceased to offer hope for the future
He felt this pain from the time the Copts’ suffering started soon after his accession to the throne of St Mark, and through to his last year, when he ached for Egypt to be free from the turbulence of a revolution that was not complete. 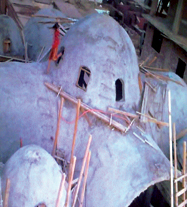 United in grief
On 6 November 1972, a few days before the celebration of the accession of Pope Shenouda to the Patriarchate of the Coptic Orthodox Church, a group of anonymous thugs set fire to the Holy Bible Society building in Khanka, northeast Cairo. The Holy Bible Association’s premises actually acted as the unlicensed church for local residents. A few days later, a procession of priests and 400 Copts went to the scene of the incident. By that evening Coptic-owned houses and shops in the vicinity had been torched and a sense of terror had engulfed the Christian community. These events were so horrendous that parliament summoned a fact-finding committee chaired by Gamal al-Oteifi, which made a thorough investigation and issued a candid report that cited the factors behind the incident and suggested it was imperative to eradicate any nascent sectarian strife rather than treating it with tranquillisers. The Oteifi report’s analysis of the situation proved right time and again, yet its suggestions never materialised and the Khanka incident became the first of a series of painful incidents for Copts that continued because the State, under Sadat, nurtured radical Islamist groups. With every new incident that broke the heart of the Pope, the rift between him and Sadat widened.
Land seized
It was in 1973 that the patriarchate first demanded a building permit for a church in the Giza suburb of Ayat, on a plot of land owned by the Church. Since the Church’s ownership papers were in order, the Ministry of Interior ordered the issuance of the building permit. As soon asthe foundations of the church were being laid, however, a number of thugs and extremists attacked the workmen. To prevent them from continuing, they invented a legal hitch related with the ownership of the land. Building work was halted and the case was referred to court, and eventually a mosque was built in place of the church originally planned. To date, no church has been erected in Ayat, whereas 14 mosques have been built.
Absent justice
In 1979, the ancient Qasriyet al-Rihan church in Old Cairo was burnt down. Most Copts 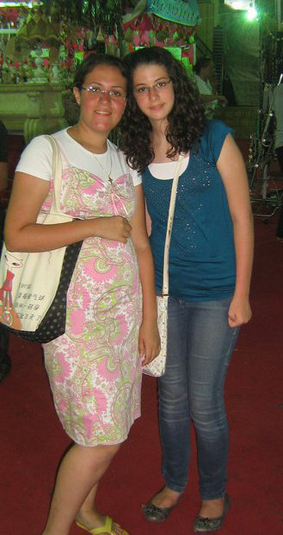 believed Islamists were behind the incident, but as usual the case was shelved and no one was brought to justice.
All these incidents gave Pope Shenouda great pain, especially as Sadat tended to attribute them to the “Zionist enemy” or the “Western conspiracy”. Later, after extremist groups circulated a falsified report that they alleged was written by the Pope, some people accused the Pope himself of being behind these horrendous crimes. The rumours also suggested that the Pope had convened with priests in Alexandria and asked them to advise Copts to produce a lot of children. They also said he had asked Coptic doctors to sterilise Muslim men so that Coptic numbers would be  majority. They levied other lies concerning Pope Shenouda, circulating a rumour to the effect that the Pope was being supported by Copts of the diaspora to set up an independent Coptic State. And so the crimes went on and falsified rumours at creating confusion circulated to create a cover up and divert attention from the main calamity.
In June 1981, the Zawya al-Hamra district in Cairo witnessed the worst of sectarian strife when a quarrel between Muslims and Christians over a plot of land on which the Copts intended to build a church escalated into an angry, armed battle that boiled over with wrath and hatred. It all started with the ruling regime’s policy, which worked to strengthen the radical Islamist movements. When these movements gained momentum, the regime tried to hide behind the slogan of “national unity”, alleging to protect the Coptic minority.

No pilgrimage to Jerusalem
The Pope’s advice to Copts not to visit the Holy City of Jerusalem became the bone of contention in his relation with the then president Anwar al-Sadat. In the wake of the peace treaty Egypt signed with Israel and which stipulated that both countries work towards ‘naturalising’ relations, Sadat thought the naturalisation process may be spearheaded by Coptic pilgrimage to Jerusalem. But he had not counted on the Pope vetoing his request. The Pope was sufficiently far-sighted to realise that there was too much enmity towards Israel among Egypt’s Muslim community, and that thousands of Copts flocking to Jerusalem would merely earn them the hatred of their Muslim fellow-citizens and brand them as traitors. Time has proved, however, how right Pope Shenouda was; upon his death last March the most “patriotic” stance on his part Egypt’s Muslims remembered was his ban on visiting Jerusalem. Back in September 1981, however, it earned the Pope exile to the Western Desert Monastery of Anba Bishoi by order of Sadat. One month later, Sadat was assassinated at the hands of the radical Islamists he had so much empowered.
In January 1985, Mubarak ordered the Pope back to his papal seat.
But the years of Islamist empowerment had borne fruit, and the heavy shadow of sectarianism fell over Egypt.
All that hate
Sectarian violence erupts whenever Copts build a church; their homes and properties are attacked by Muslims and the affair almost always ends in a urfi (traditional) ‘conciliation’ session in which the Copts are forced to relinquish their rights. Among the most notorious of 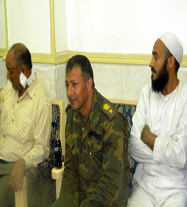 these incidents were the attacks in 1990 against a church in Abu-Qurqas which resulted in the shooting of 14 young men and women who had been holding a prayer service inside; the bombing of the Holy Virgin’s Church in Ain-Shams; the torching of St George’s Church in Sharqiya, and the Holy Virgin’s Church in Port Said; and attacks against Christian students in university hostels.
In 1992 came the Dayrout massacre where 18 Copts were killed; and, in 1998 the terrible events at al-Kosheh in Upper Egypt where a street fight escalted into a vicious raid against the Coptic villagers; and one man lost his life.
The cover-up and total absence of justice in which the matter was treated led to a second bout of violence against the Copts of al-Kosheh  on New Year’s Day in 2000, when 21 Copts were killed in cold blood.
In 2000 the Pope wrote: “In whose interest is this division between the children of the homeland?” To this day there is no clear answer.
Under Mubarak there were 167 sectarian incidents, the worst of which were the shooting at the Nag Hammadi church on Christmas Eve 2010 where six Copts and a Muslim friend lost their lives as they left church following Midnight Mass, and the bombing at the Two Saints Church in Alexandria on New Year Eve 2011, where 23 Coptic worshippers were blown to death and hundreds injured.
After the Revolution
The Pope held a conservative attitude vis-à-vis the 25 January Revolution. Some people recognised this as wisdom, especially as Egypt seemed to be falling into the trap set by extremist streams. Others saw it as a view that fitted his age, one who looked askance at change.
The demolition and torching of the church in Sole, Etfeeh in March 2011 was a great disappointment to the aspirations of the Revolution.  At that time, the Pope’s silence—which was, as usual, stronger than speech—reflected his deep grief. In May came the violent attack against the Copts in Imbaba and the burning of their church. Fifteen Copts died, 340 were injured, and many lost their property and livelihood.
The worst, however, was yet to come. In October, following a vicious attack against the Copts in Merinab, Edfu, in Aswan, the Copts held a peaceful protest march that headed to the open space in front of the Radio and TV building in Maspero, Cairo. Once they reached Maspero they were attacked by the military and security forces; 27 met brutal deaths, crushed under the military’s armoured trucks or shot to death. Some 500 were injured.
The Pope shed bitter tears over the Maspero martyrs, saying their blood was “not cheap”, but it was Christ who would vindicate them, he said.
All through the pain and turmoil of some 40 years, the good shepherd never lost his serenity, stressing Christ’s invitation to love despite the pain.
He adopted the same invitation, believing in the triumph of faith over darkness. And when doors were closed in his face, His Holiness raised his voice to Heaven.
He always reminded of the Bible’s words: “…Upon this rock I will build my Church; and the gates of hell shall not prevail against it,” Matthew 16:18.