Coptic Orthodox Bishop Anba Suriel has been elected a Fellow of the Royal Historical Society (RHS) in London. On 23 May 2022, he received a congratulatory greeting letter from Ms Emma Griffin, Professor of Modern British History at the University of East Anglia and President of the RHS, stating that he “is now entitled to use the letters FRHistS” after his name.

Bishop Suriel, previously Bishop of Melbourne, is currently on active service in the Diocese of Los Angeles where he was relocated on 1 February by Pope Tawadros II upon a request made by Metropolitan Serapion of LA.

Fellowships are granted to only those who have made an authentic contribution to historical scholarship through a set of acknowledged works, including authoring one or more books, introducing scientific work of the same size and impact, and organising exhibitions and conferences.

Founded in 1868, the Royal Historical Society (RHS) is a successful learned society, membership organisation and charity with a 150 year history. Today, the RHS is the UK’s foremost society working for historians and history.

In 2022 over 4500 historians belong and contribute to the Society — as fellows and members active in the UK and worldwide. This makes the RHS the UK’s largest membership organisation for historians of all kinds, and from all walks of life — held in high regard by historians internationally, and a partner to many similar organisations overseas. 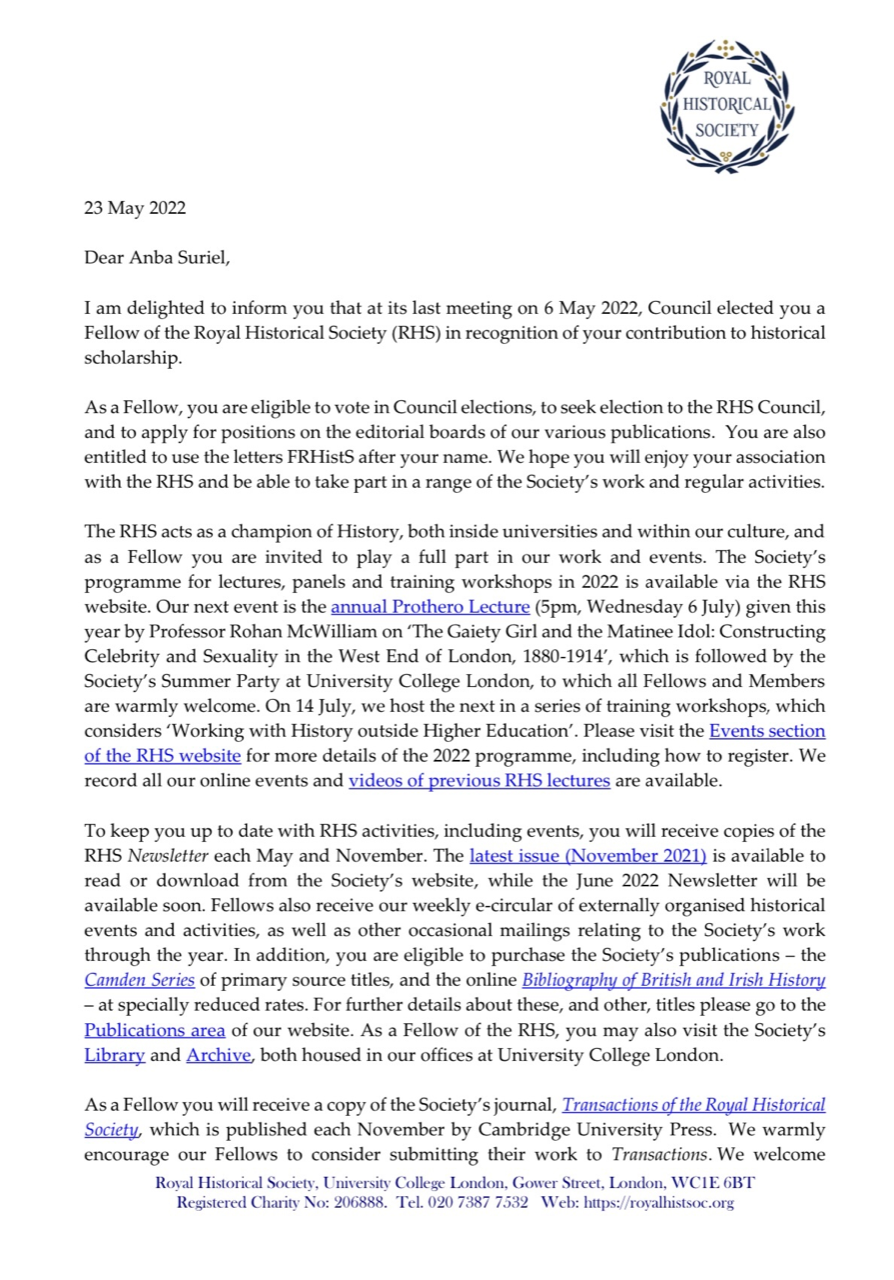 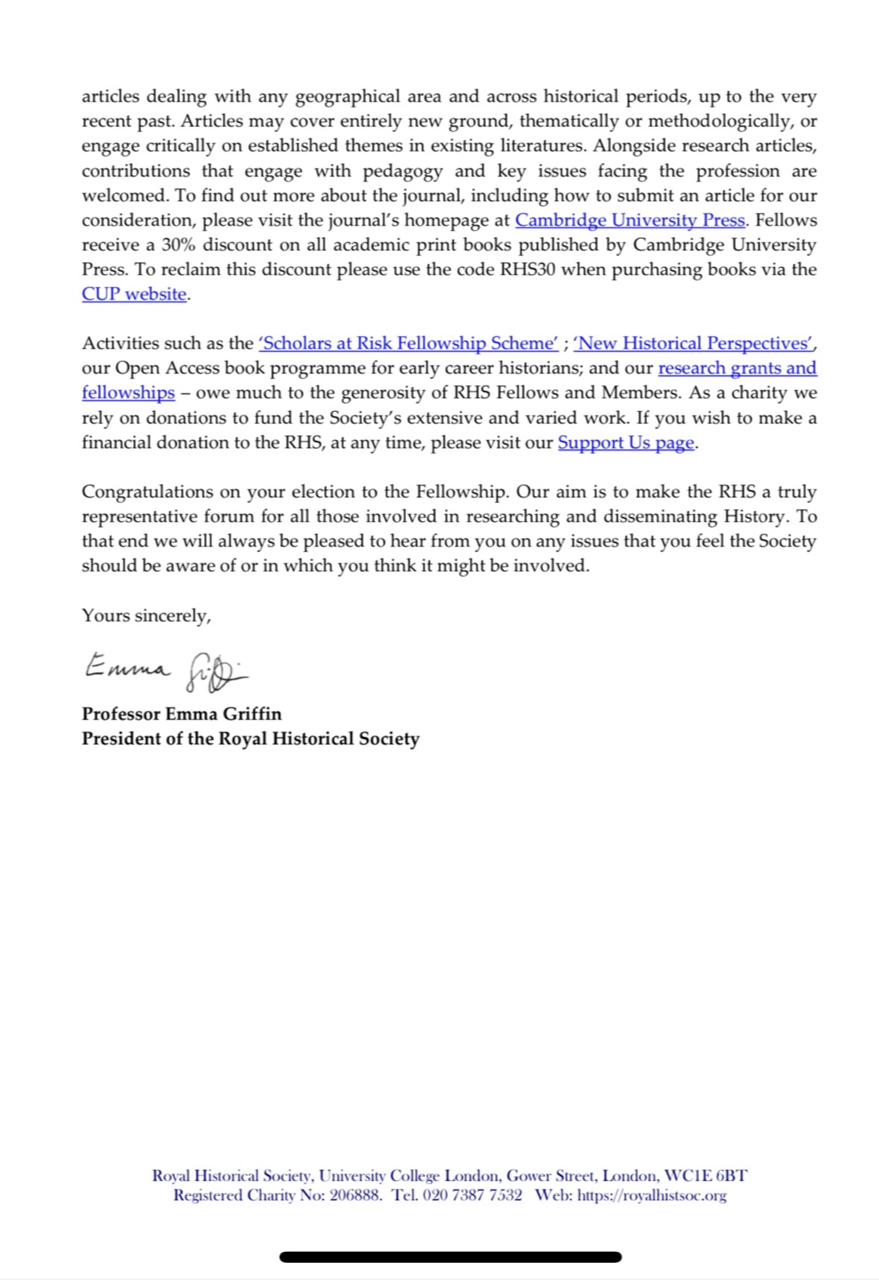