In Beni Mazar, Minya, some 245km south of Cairo, lies a small village called Ashrouba. Ashrouba’s men and women collectively enjoy a singular trait: they are famous for their melodious voices and musical ear, the intuitive musical sensibility that endows them with an aptitude for learning, playing, and appreciating music.

Ashrouba, which is home to some 10,000 Copts, boasts its own homegrown saint: the 3rd-century martyr St Yuhanna al-Gundi al-Ashroubi whose story is cited in the Coptic manuscripts of the 4th-century desert monastery of al-Surian in Wadi al-Natroun, and also in the Coptic Synaxarium. The village church is dedicated to the Apostles; its pastor Father Mitry al-Qommos Yuhanna Danial told Watani that the church was built in 1901, and consecrated on 28 April 1906, which coincided with Palm Sunday, by the local bishop. Archdeacon Habib Girgis, a modern-day saint of the Coptic Church, who was canonised in 2013, was present at the consecration ceremony, Fr Mitry said. 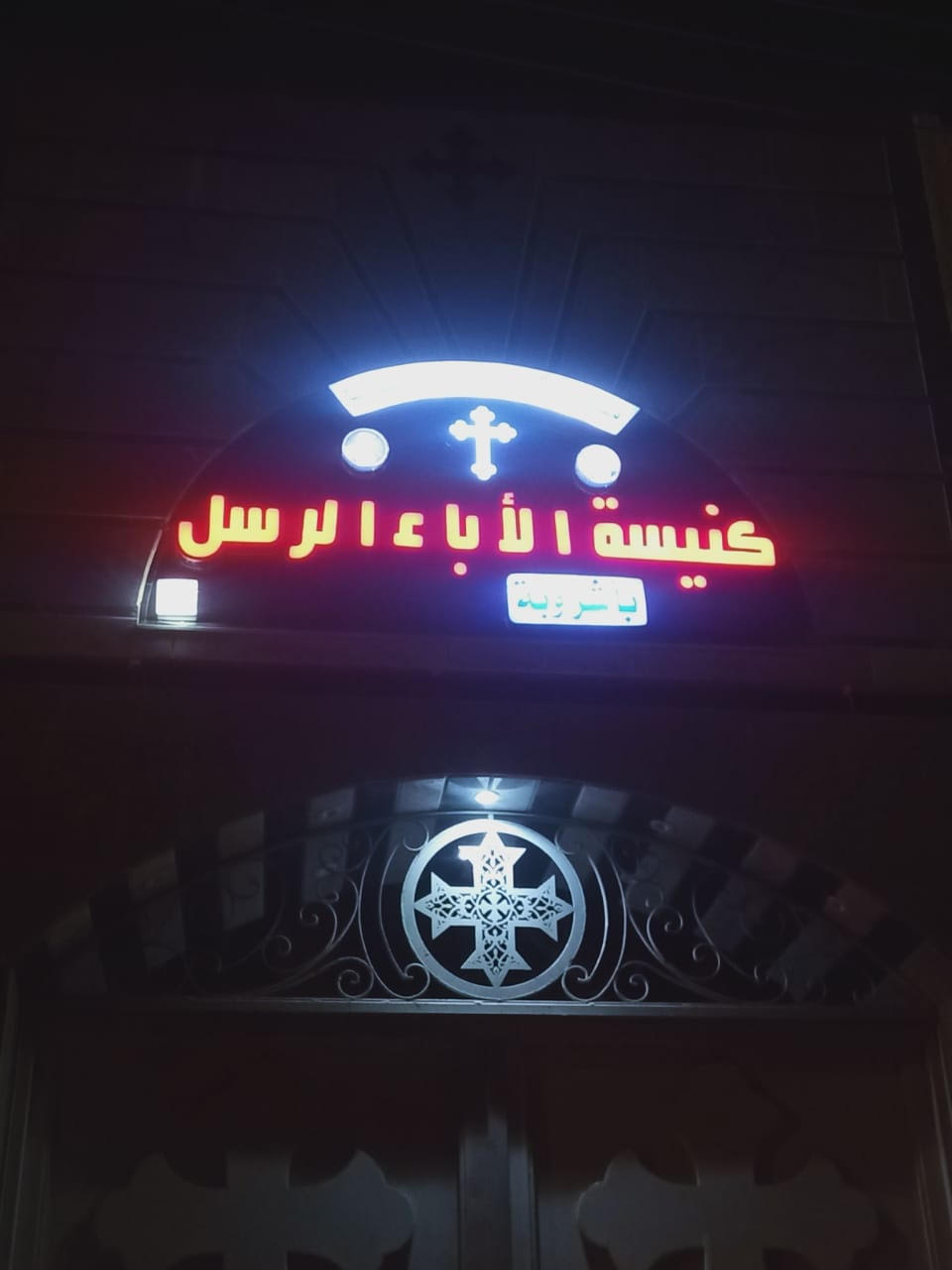 Tradition of learning and teaching

It is a fact that Coptic music, a genre of music that goes back in history to ancient Egyptian times, is an oral tradition that has been handed from one generation to the next throughout millennia. Hence the ultimate importance of handing it down uncorrupted.

The tradition has been observed by generations of Muallims; a “Muallim” is literally a “teacher and master”, and is the senior cantor in every church; he is responsible for leading the deacon choir and for teaching Church melodies to the deacons, altar boys, and the congregation.

In Ashrouba, generations upon generations of men and women were raised in the love of the Church and her music; they used their singularly beautiful voices to praise the Lord. The result is that, in modern times, Ashrouba has given churches in Egypt more than 50 Muallims. 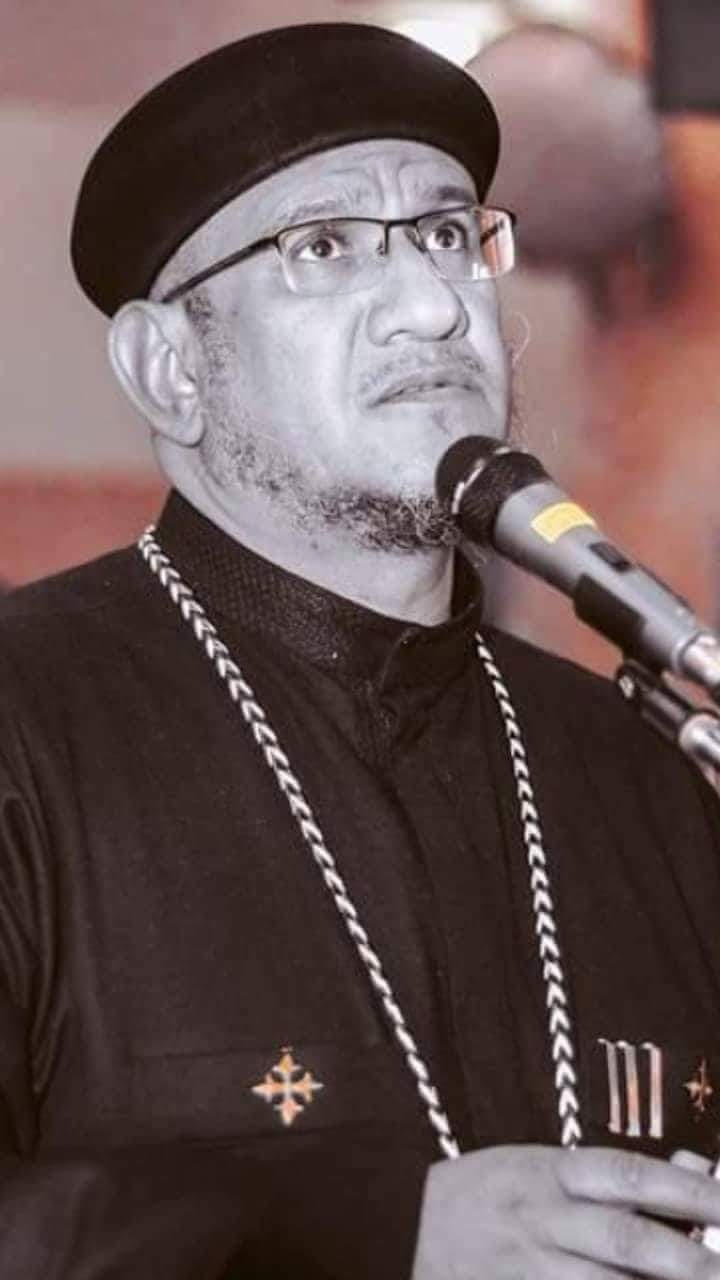 “Ashrouba has a long history of Church teaching,” Fr Mitry said. “The 1940s, 1950s and 1960s saw the first generations of modern-day muallims in Ashrouba; they had a talent for aurally learning Church melodies and fluently speaking Coptic.” Back then, he explained, Ashrouba’s Qarabniya clan were responsible for handing the baton of Church melodies and hymns to newer generations. Among those famous in this line were were Hanna Raoubin, Youssef Raoubin, Muallim Zarif, and Muallim Kamel, also Wagdy al-Khawaga Danial Ibrahim. Muallim Zarif, who had an outstanding voice, was ordained Fr Girgis al-Menshawi in the 1940s. At that time, Fr Mitry said, the church in Ashrouba had a school that taught literacy, numeracy, and English; it served some 40 other villages and was a beacon of knowledge.

The Didymos Institute, established by the Coptic Orthodox Church in 1978 at al-Muharraq Monastery in Assiut, some 350km south of Cairo, and now with two branches, in Cairo and Qous, offers five-year studies in the Bible, history of the Church, Psalms, Coptic music, Coptic and Arabic languages, and accounting, qualifying graduates as young cantors, deacons, and trainers. 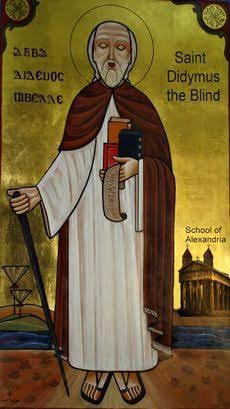 The institute is named after Didymos, also written Didymus, who was the director of the Alexandria Theological School in 346 – 398. Born in 313, he developed an eye disease when he was four, losing his eyesight, and was thus called Didymos the Blind. His passion for knowledge made him come up with a way to teach himself through , centuries before Braille developed his reading method for the visually impaired. He was a great savant, writing several books on theology, doctrine and interpretations of the Holy Bible. Given that most of the older generation muallims were blind—the blind were believed to have a more sensitive musical ear, qualifying them for lifelong jobs as muallims in churches—it was apt to name the institute after Didymos.

Cantor of the popes

Watani met Muallim Magdy al-Ashroubi of the church of Mar-Mina in Beni Mazar, who talked about one of the most prominent sons of Ashrouba: Muallim Ibrahim Ayad of St Mark’s Cathedral in Abbassiya, Cairo, and Head of the Cantors’ Association. 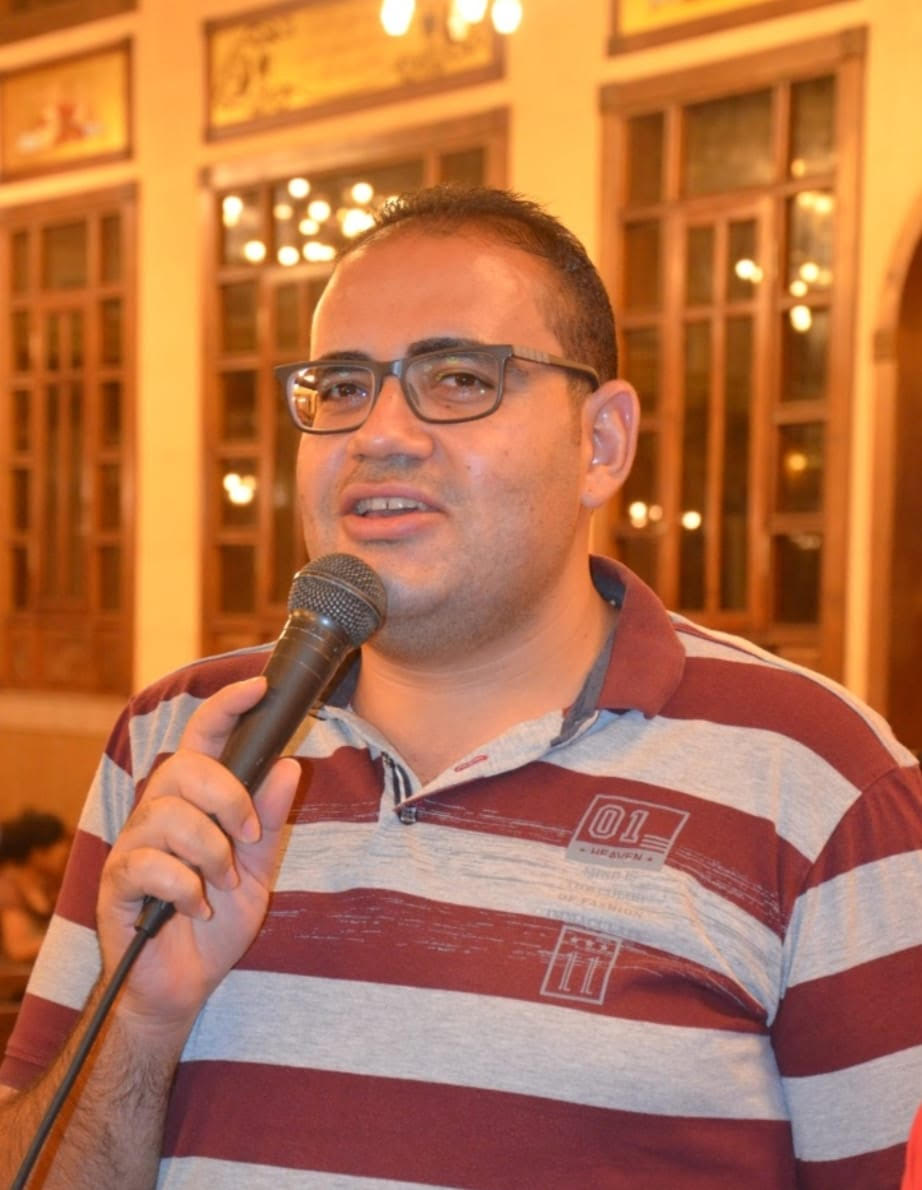 Muallim Ayad served under Pope Kyrillos VI who was Patriarch in 1959 – 1971; Pope Shenouda III, Patriarch in 1971 – 2012; and now serves with Pope Tawadros II. Muallim Ayad’s exceptionally beautiful voice was obvious since he was quite young, Muallim Magdy said, as was his gift for learning melodies. At the time, there was no special institute for cantors, so Ayad went to Beni Sweif’s Bayad Institute which taught Church music and hymns as well as handcrafts. When the Didymos Institute opened, Muallim Magdy said, Muallim Ayad enrolled in it, and went on to teach there, a responsibility he undertakes till today, in addition to teaching at the Coptic Clerical College in Cairo and Alexandria.

Among Ashrouba’s muallims who distinguished themselves at Didymos Institute, Muallim Magdy said, are Muallim Milad Nagy who now teaches at the Cairo Didymos, and Muallim Ibrahim Ishaq, Secretary-General of the Cantors’ Association.

”Rallying all his senses”

Seeing that Muallim Ibrahim Ayad comes from Ashrouba, Watani was keen to talk to him.

Muallim Ayad recalled those who taught him at Didymos Institute, among them Muallim Abul-Saad and Fr Tawadros Abdel-Messih.

Muallim Ayad told Watani that in 1967 he was chosen by the late Pope Shenouda III, then Bishop of Education, to teach in the Clerical College. “I was still an undergraduate back then,” he said. “At that time, we used to listen to the recordings of Muallim Mikhail Girgis al-Batanouni, Muallim Farid and Muallim Boulos, and learn from them. But we had never met them,” he said. We are nowadays developing new curricula from what we learned, and teaching them to new students.” 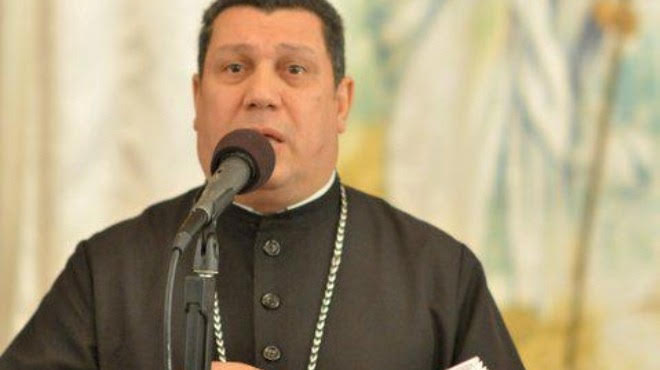 Muallim Ayad pointed out that some Church melodies are rather complicated, and borrow from one another, “a muallim is so engrossed in the melody he chants,” he said, “he rallies all his senses to do it,” he said.

He described the Coptic Church’s hymns as the most beautiful kind of music in the world. “When our deacon choir performed Coptic hymns on stage in Germany, France, Italy and Spain,” Muallim Ayad said, “the audience, who did not understand Coptic, were so enthralled by the beauty of the melodies that they gave us standing ovations and asked for reprises.” We always used to end our performance with singing the traditional closing prayer ‘O God have mercy on us … O God listen to us … O God have pity on us’, during which each phrase is followed with a triple ‘Kyrie Eleison [Lord have mercy]’. In France, the audience were so taken by the beauty of the simple hymn that they joined in the chorus reply ‘Kyrie Eleison’ every time we said it. It was a very moving experience.” The ancient Coptic melody united all in one. 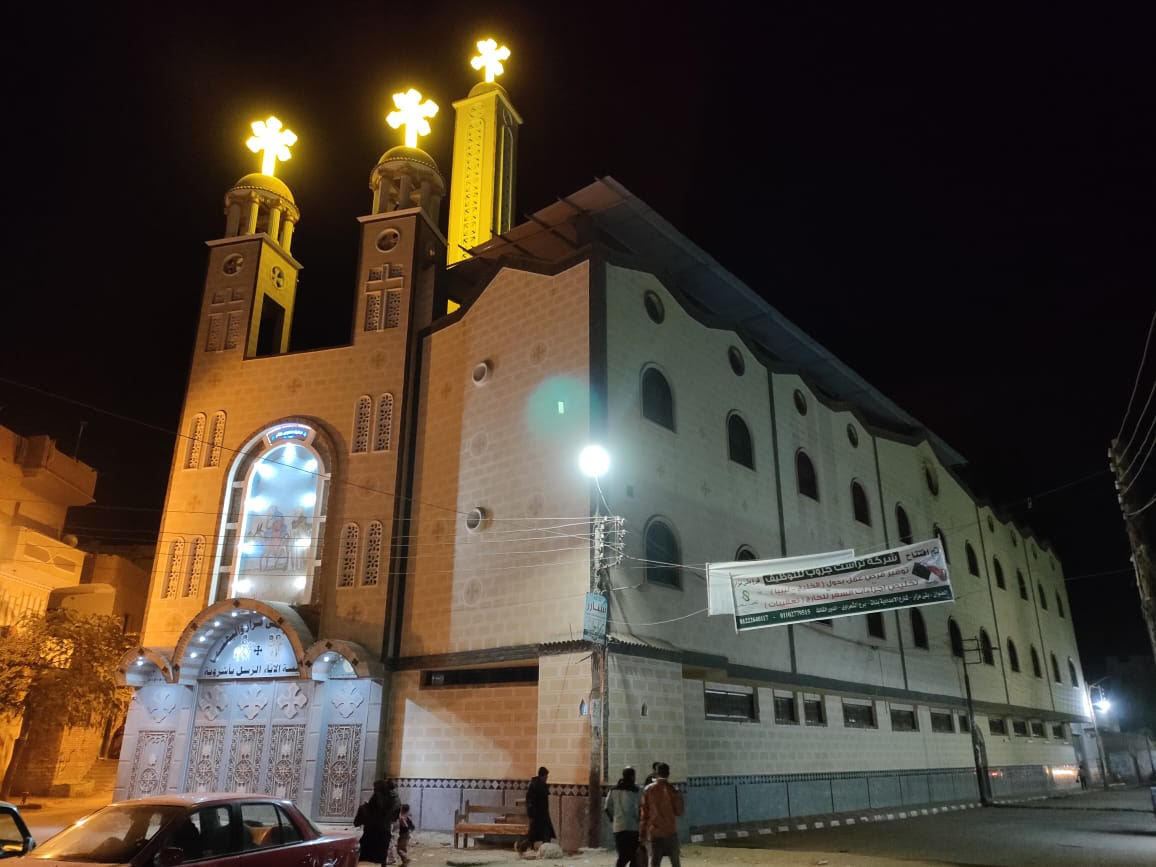