First Italian pilgrims on trail of Holy Family in Egypt

The first group of Italian tourists to visit Egypt for pilgrimage arrived at Cairo Airport on Sunday 17 June for a visit that extends to 21 June. The group of 50 will visit sites the Holy Family: Baby Jesus, Mother Mary, and St Joseph trod on their Biblical flight to Egypt from the face of Herod the King in the first AD century (Matthew 2: 13 – 21). These sites dot Egypt from its northern outposts in Sinai to the southern area of Assiut, some 350km south of Cairo. Altogether, the Holy Family trail in Egypt extends over 3,500km, and includes 31 sites, eight caves or grottos, 18 water springs or wells, and 13 trees. Today, they are home to churches, monasteries or convents, and include caves and water wells. Egyptians look with fondness and pride on the journey of the Holy Family through the land of Egypt, and the fact that they found solace there. 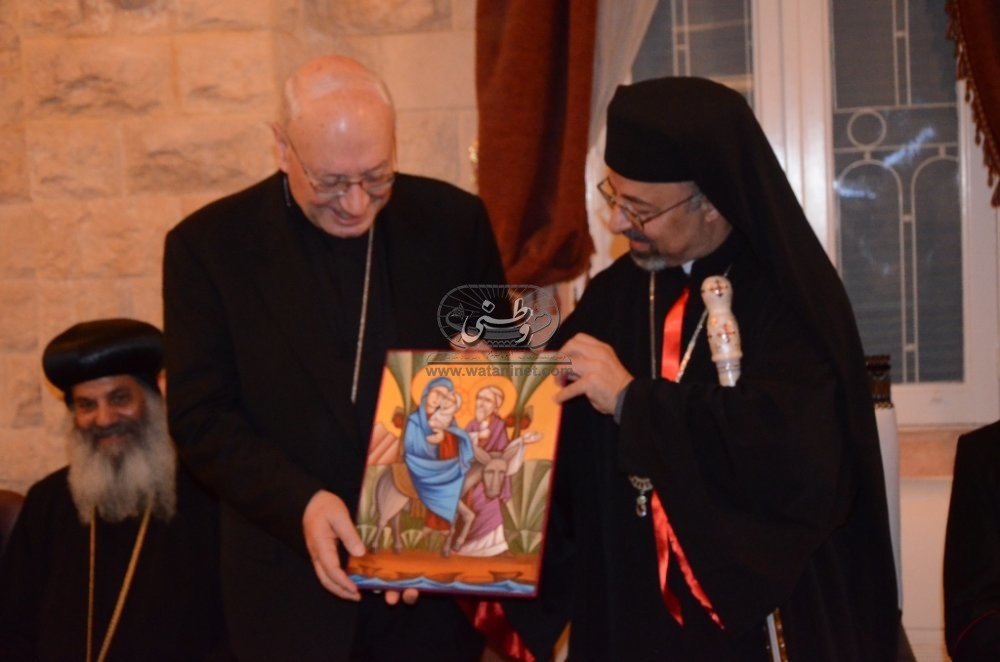 The Holy Family trail was approved as a Vatican pilgrimage destination in October 2017, and Egyptian tourism authorities are working to place it on the global religious tourism map.

The pilgrims flew to Cairo from Rome with Italy’s National Italian Union for Transporting the Sick to Lourdes and International Shrines (UNITALSI), a union specialised in organising religious trips. Bishop of Viterbo, Lino Fumagalli; and Anba Barnaba, Coptic Orthodox Bishop of Rome and Torino came with the pilgrims who were also accompanied by a number of journalists. Mr Ahmad Youssef, head of the Egyptian Tourism Promotion Authority greeted them in Cairo Airport.

Egypt’s Tourism Minister Rania al-Mashat welcomed the tourists. The Ministry of Tourism had a few months ago organised an orientation trip for a UNITALSI delegation in Egypt. 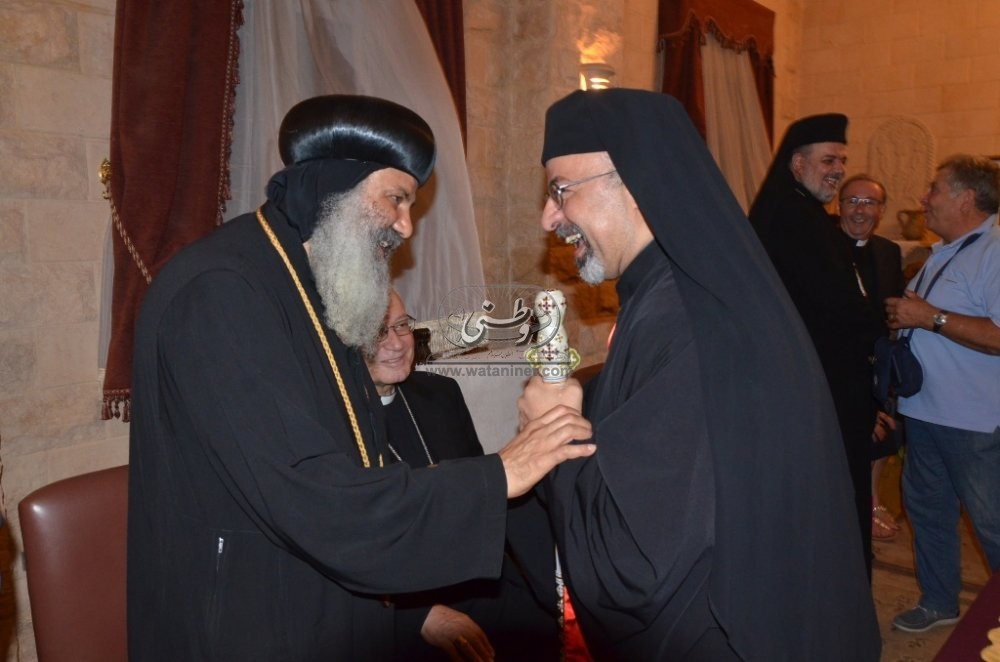 Pope Tawadros spoke about the Coptic Orthodox Church and its long history that went back to St Mark in the first AD century. He also spoke of it as the cradle of monasticism. “St Antonius the Great, the first monk, was Egyptian. The monastery he established on a mountain in Egypt’s Eastern Desert close to the Red Sea still thrives. Not far from it lies another monastery, that of St Paul the first Christian hermit.”

The Pope also talked about the monastery of Anba Bishoi in Wadi al-Natroun in the Western Desert, where he took orders had spent several years as a monk. Today, it is home to 200 monks. He also spoke of the many convents in Egypt.

“Because the monasteries are mainly concerned with prayer,” Pope Tawadros said, “so many prayers are raised for the Lord to protect Egypt against all evil. And because the Holy Family took refuge in Egypt so many centuries ago, Egypt is truly blessed.”

“Today, we are happy to welcome you in Egypt,” he said.

Pope Tawadros recalled the visit of Pope Francis to Egypt in April 2017. “It was a great blessing,” he said, “and marked strong bonds between us. We have pledged to pray together every night for each other.” The Coptic Pope had already visited Pope Francis in Rome in May 2013, and said he would be meeting him again Pope Francis in a few weeks.

Bishop Fumagalli thanked the Pope for his warm hearted reception, also State and Church officials for their generous care. He he had enjoyed the feeling of peace and safety ever since they set foot in Egypt.

Before they left, the pope wished the pilgrims a blessed, comfortable, pleasant stay in Egypt. 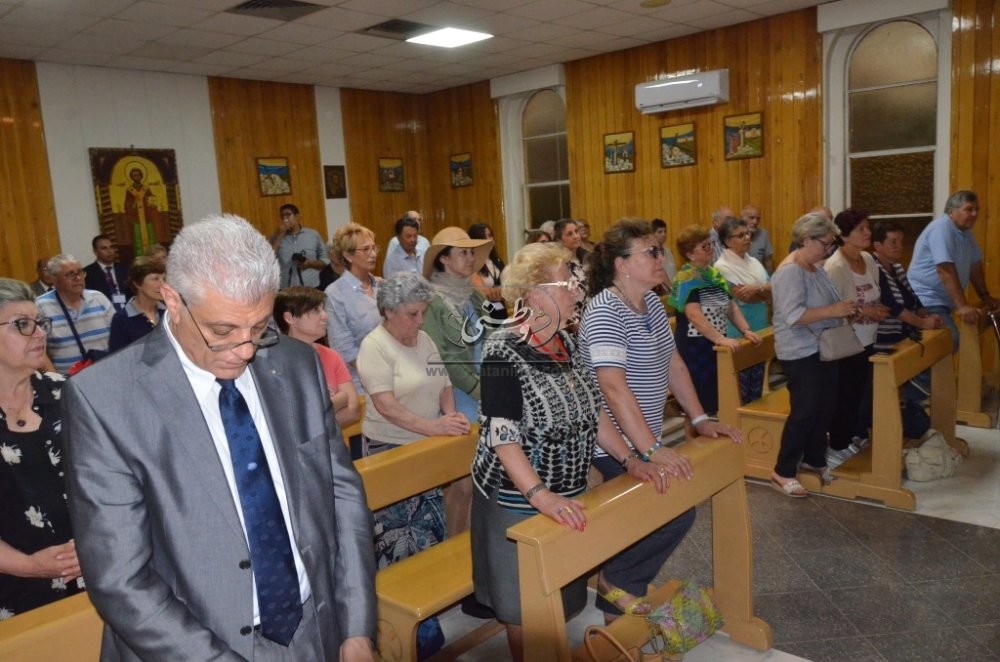 The pilgrims’ visit had begun on the day they arrived, with meeting Coptic Catholic Patriarch Anba Ibrahim Isaac at the Catholic Clerical College in Maadi, Cairo. The Apostolic Nuncio in Egypt, Bruno Musaro, attended the meeting during which warm-hearted words and gifts were exchanged, and Patriarch Isaac celebrated Mass.

The Italian pilgrims have visited the 4th century church and the cave of Abu-Serga in Old Cairo, a place that once had hosted the Holy Family. They also visited the Hanging church, another 4th century church in Old Cairo which was built on a spot trodden by the Holy Family, and which gains its name form the fact that it was built over a gateway and two pillars of the Roman fort of Babylon.

Another highlight of the pilgrimage will be the 4th century church of the Holy Virgin in Maadi, built on the east bank of the River Nile south of Cairo where the Holy Family boarded a boat to Upper Egypt. The church was the site of a miracle that occurred in 1976 when a Bible was found floating on the water of the Nile in front of the church, open at chapter 19 in Isaiah, which includes the verse 25: “Blessed be Egypt my people.” The Bible is kept in a reliquary in the church.

The pilgrims’ itinerary includes a trip to to Wadi Natroun to visit the monasteries of and Anba Bishoi, al-Baramos and al-Surian; also the sweet-water spring of al-Hamra which lies in the middle of a salt-water lake and which sprung as a miracle by the Christ Child.

The Italian group will also visit some of the important Italian establishments in Egypt, such as the Italian Hospital of Umberto I in Abbassiya, Cairo.

At pyramids and museum

On 18 June, Italy’s ambassador to Cairo Giampaolo Cantini hosted the pilgrims at his home for dinner. Among the prominent guests were Piero Donato, head of the Italian community in Cairo and the Italian Hospital Umberto I; Egyptologist and Archaeologist Zahi Hawass; and Amr al-Tibi, head of the historic replicas unit. Italian businessman Eugenio Benedetti spoke of the importance of cultural ties between people, and announced that a Coptic exhibition will be opened in Viterbo on 24 June, under the title “Egyptian Treasures”, and will run for four months.

Since no visit to Egypt can be complete without a trip to the Giza pyramids and a tour of the Egyptian Museum, the Italian pilgrims visited both sites. They were so impressed that many sounded the common opinion: “If you don’t visit Egypt, consider yourself to have visited nowhere of significance in the world or became familiar with any real civilisation.”

For full coverage on the Holy Family Trail in Egypt: 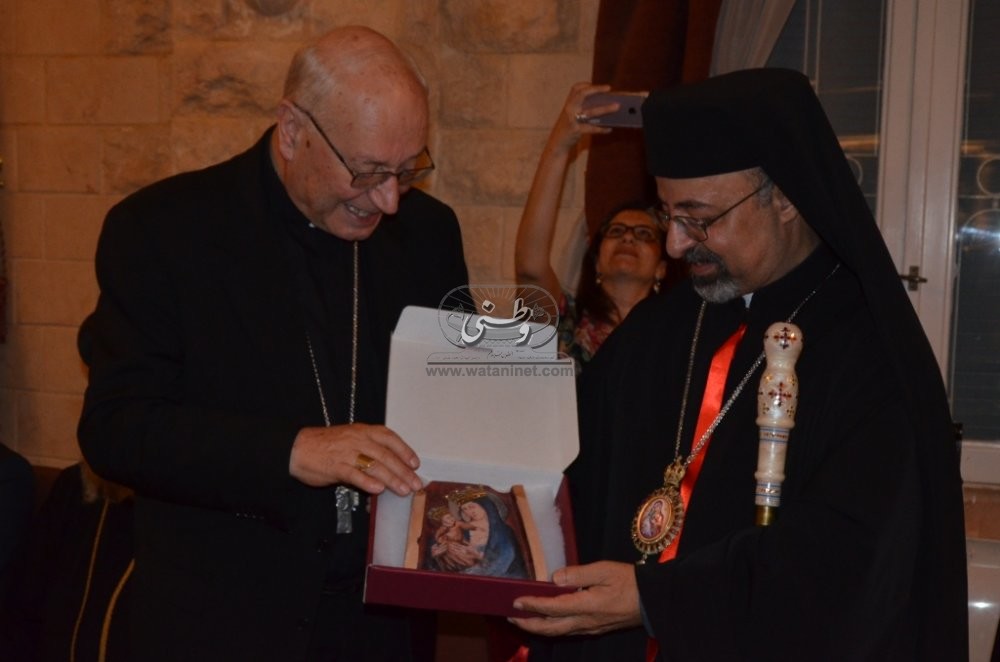 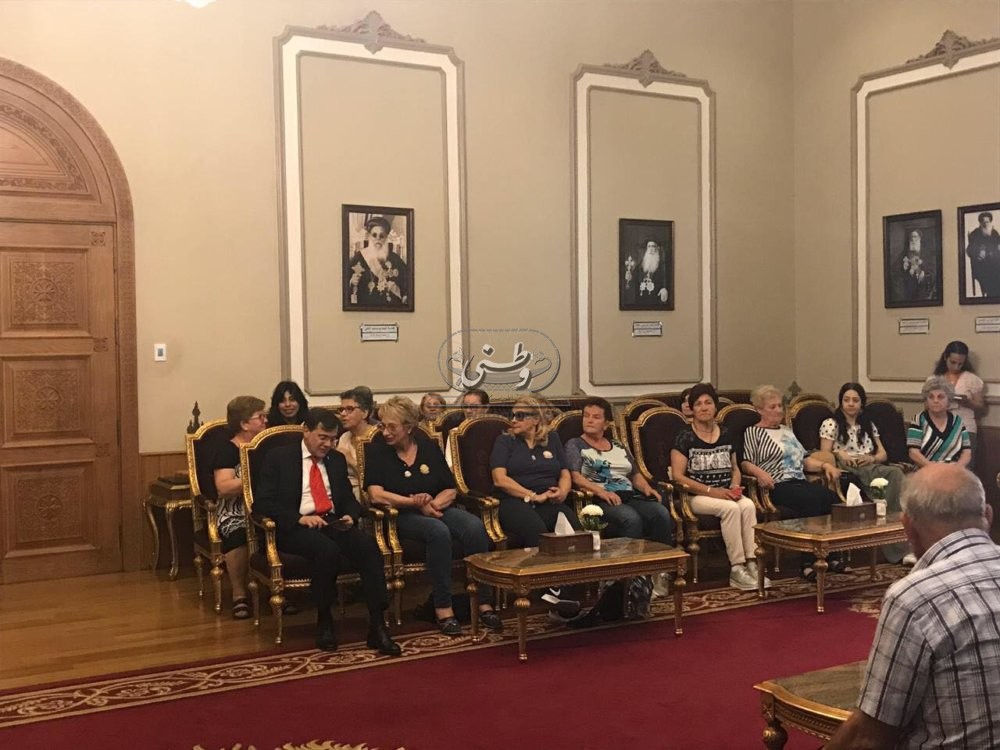 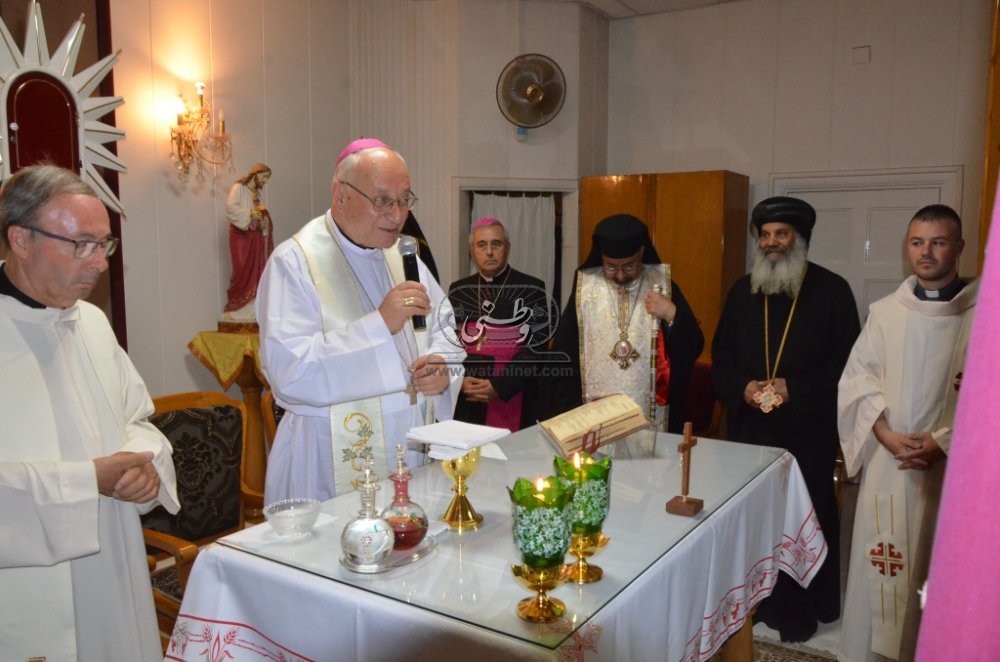