In the wake of a recent visit to Russia by Coptic monks and clergy, the participants in the visit recently met Pope Tawadros II to report on and explain to him the details of the visit. 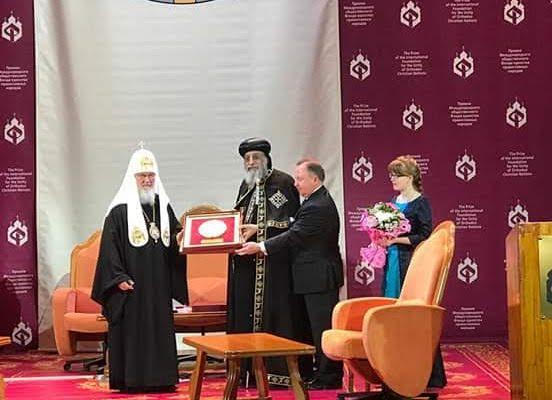 The one-week visit had taken place at the end of August by invitation of Patriarch Kirill of Moscow and All Russia. It is the fifth since 2017 in a string of visits by Copts to the Russian Orthodox Church. Russian monks and clergy have in turn been visiting Egypt and its monasteries and Coptic Church institutions.

The Russian patriarchate’s website recognised the visit and said that it came at a “time of growing dialogue between the Russian Orthodox Church and the Coptic Church”. 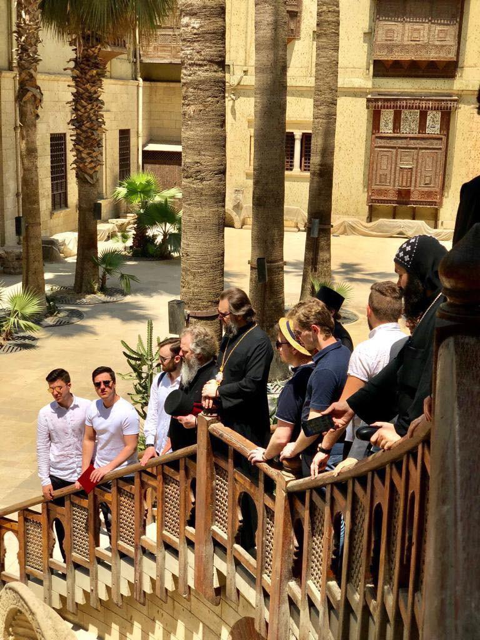 The members of the Coptic Orthodox Church delegation to Moscow, which was headed by Anba Pigol, Abbot of the Monastery of al-Muharraq in Assiut, said they were moved by the warmth with which they were received by the Russian bishops and monks whom they met as they toured Russian churches and monasteries. The Russian Church expressed their love and respect for the Coptic Orthodox Church, remarking on the parallels in the monastic traditions observed by the two Churches. The Russians also expressed a keenness for rapprochement and future unity between the two sister Churches.

Members of the Coptic delegation also said they were deeply impressed by the powerful spirituality and asceticism of the Russian monastic tradition.

The members of the Coptic delegation had been received at Domodedovo International Airport by high ranking members of Russian clergy. During their stay, they visited historical sites and churches in Moscow, Tver, Novgorod and St Petersburg, as well as monasteries in the Russian North. 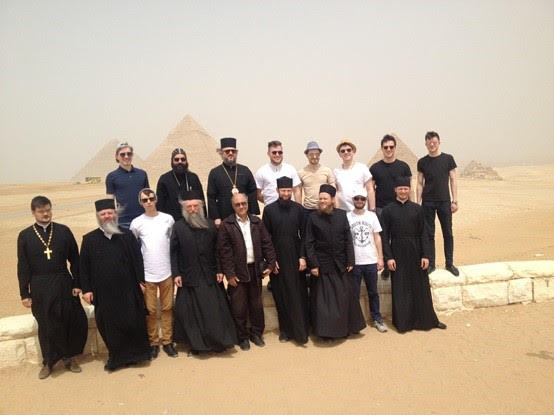 For his part, Pope Tawadros said that the exchange of visits between the Coptic Church and her Orthodox sister Churches is the first step towards building bridges and nurturing rapprochement among Orthodox Churches, in order to achieve a unity in faith.

Coptic Russian Church relations had achieved unprecedented growth during the 21st century, with mutual visits between the prelates of the two Churches and also between their respective monks and clergy.

In May 2017, Pope Tawadros awarded the prize of the International Public Foundation of the Unity of Orthodox Nations. The Foundation declared that Pope Tawadros won the prize for his distinguished activity in promoting unity between Orthodox communities, and for fostering Christian values in the community.

Patriarch Kirill of Moscow and all Russia presented Pope Tawadros with the prize in a ceremony held in Moscow on 23 May 2017.

For history of Coptic Russian relations: