Minya Governor, Essam al-Bedeiwi, has met a delegation of monks from the desert monastery of Anba Samuel al-Muetarrif (St Samuel the Confessor) situated some 200km southwest Cairo, west of Minya. The meeting came in the wake of the recent attempt by al-Edwa town council to demolish a makeshift memorial erected at the spot where 28 Copts were martyred by a Daesh terror attack in May 2017. The demolition attempt upset the monastery and the Coptic public; Mr Bedeiwy directly intervened and temporarily halted the demolition until could convene with the town council. [https://en.wataninet.com/coptic-affairs-coptic-affairs/sectarian/minya-governor-blocks-demolition-of-memorial-for-coptic-martyrs/23020/]

During the meeting with the St Samuel monks, Governor Bedeiwy explained that erection of a memorial calls for an official permit, according to the law. He said the Edwa town council had issued an order to demolish the makeshift memorial because no permit had been obtained. He advised to erect the memorial within the monastery walls to facilitate its security and that of its visitors.

Mr Bedeiwy also pointed out that the governorate is planning to pave the 23km-road that leads to the monastery, with an estimated budget of EGP30 million.

The monks requested to build a new church in place of the memorial in order to commemorate the martyrs, and the governor promised the application would be studied by the relevant authorities and responded to according to the relevant regulations and procedures. 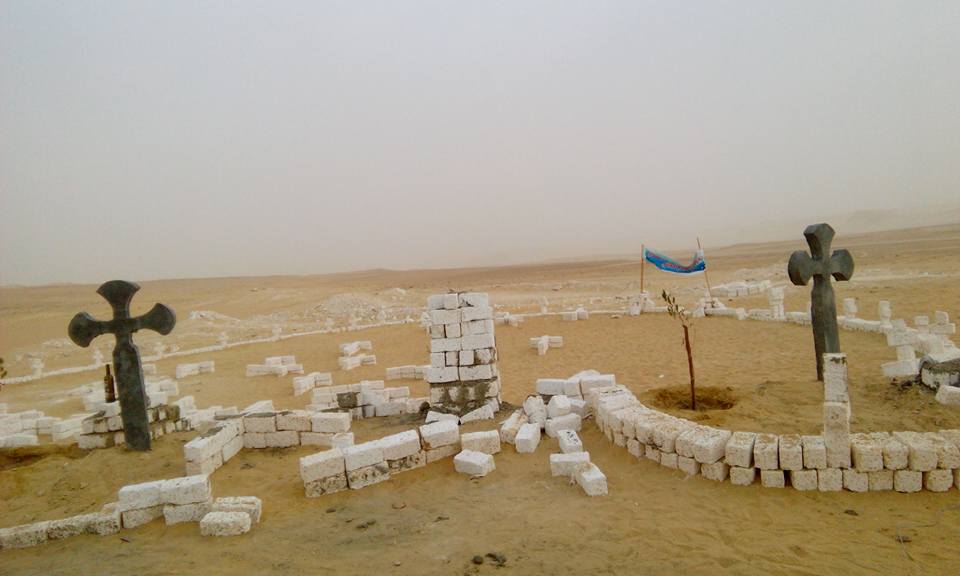