Anba Arseny, Coptic Bishop of The Netherlands, has unveiled a number of mosaic, in the Coptic Orthodox church of the Holy Virgin and St Athanasius in Assen, The Netherlands. The mosaics are the work of Egyptian iconographer Adel Nassief.

The unveiling event was attended by the church pastor, Fr Estephanos Lotfallah, deacons, Church servants, and a large congregation. 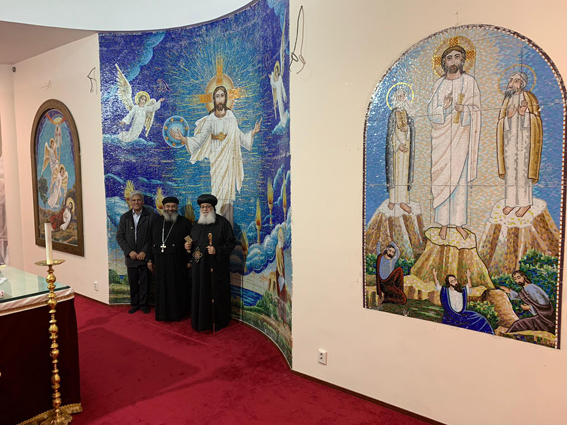 In the by now well-known modern Coptic style of Mr Nassief, the three murals in the altar of the church depict the Second Coming of Christ, the Transfiguration; and Jacob’s Dream. Another mosaic in the baptismal depicts Jesus baptised by John the Baptist in River Jordan.

Mr Nassief’s mosaic of Jesus Christ opening His arms as though welcoming everyone in stands above the church’s doorway; on the right another mosaic of the Holy Virgin, and on the left one of St Athanasius, the church’s patron saint. 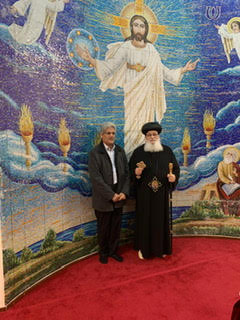 Adel Nassief, born in Damanhour, Egypt, in 1962, is a Coptic painter specialising in Coptic paintings and icons, also in murals, frescoes, and mosaics. His works grace the external wall of the church of the Holy Virgin in Amsterdam [https://en.wataninet.com/coptic-affairs-coptic-affairs/coptic-affairs/mosaic-of-holy-family-in-egypt-shines-on-facade-of-amsterdam-coptic-church/28939/], as well a Coptic church in Paris and in Coptic churches in Damanhour and Alexandria. He drew the illustrations in the book First Christmas by Alastair Macdonald. His works are also on display at the museum of modern art in Cairo. 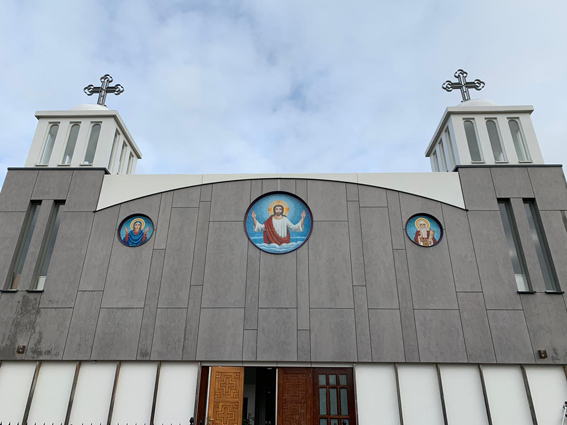