The monastery is located in Gabal al-Qalaali, al-Qalaali Mountain. The name derives from the Greek ‘Kellia’ (the Cells), or Latin ‘Cellia’, and originated at the hands of a 4th-century Egyptian Christian monastic community that extended over hundreds of square kilometres in the Nitrian Desert.

This is the second time the monastery has witnessed consecration rituals at the hands of Pope Tawadros. The first time goes back to February 2018 when the pope consecrated the monastery’s newly restored 4th-century church, and a church for the monks.

Joining the Pope in the consecration ceremony were 12 Coptic bishops, including five abbots of Coptic monasteries. Among them were Anba Pachomius, Metropolitan of Beheira and Pentapolis; His Grace Anba Isaac, Bishop-General and spiritual coordinator of the monastery; Anba Danial, Bishop of Maadi and Secretary-General of the Coptic Orthodox Holy Synod; Anba Demetrius, Bishop of Mallawi and the abbot of Ava Fini monastery in Mallawi; and Anba Macarius, Bishop-General of Minya and Abu-Qorqas.

Pope Tawadros entered the consecration event in the Synaxarium of the newly consecrated cathedral. The Synaxarium is the daily record of the collection of short lives of saints and martyrs, also the account of events significant in Church history.

The Pope’s sermon during the consecration Mass centred on the verse: “This is the day the Lord has made; We will rejoice and be glad in it,” (Psalm 118:24).

“Today is 8 Touba 1737 (16 January 2021); a joyful day during which, according to our Coptic Synaxarium, the Church celebrates the consecration of the monastery of St Macarius the Great in Wadi al-Natroun in Egypt’s Western Desert, at the hands of Pope Benjamin I in the 7th century. History moves along,” the Pope said, bringing to mind that that day celebrated another consecration, in another era, in another area of the Western Desert.

The Pope’s word focused on the past, present, and future. He said the history of the Coptic Orthodox Church witnessed great martyrs and saints who gave their lives to the Lord, and who built the solid foundation of today’s Church. The monks and hermits of the early Christian centuries, he said, bred the monastic tradition that thrives today. He thanked Anba Pachomius for being so fervent in spreading the tradition by reviving the monastery of St Macarius the Alexandrite.

“This lifts our spirits and gives us hope for a bright and promising future,” the Pope said. “The continuous monastic tradition is pivotal for the growth of our Coptic Church because, through constant prayer and praise, it constitutes the endless source of love and wisdom the Church needs.”

Pope Tawadros concluded by congratulating Anba Pachomius and Anba Isaac, and all the monks for their new cathedral. “We hope this will be a monastery that has the sweet aroma of Christ and the scent of wild incense,” he said. “We thank God for all His blessings, pray for this sacred site, and ask that He may lift the coronavirus pandemic from the world.”

The evening before, Pope Tawadros had sat with the monk assembly, and contemplated on the verse: “One thing I have desired of the Lord, that will I seek: That I may dwell in the house of the Lord all the days of my life, to behold the beauty of the Lord, and to inquire in His temple” (Psalm 27:4). From there, he focused on the principles of monastic life: praise, sanctity, and partnership. 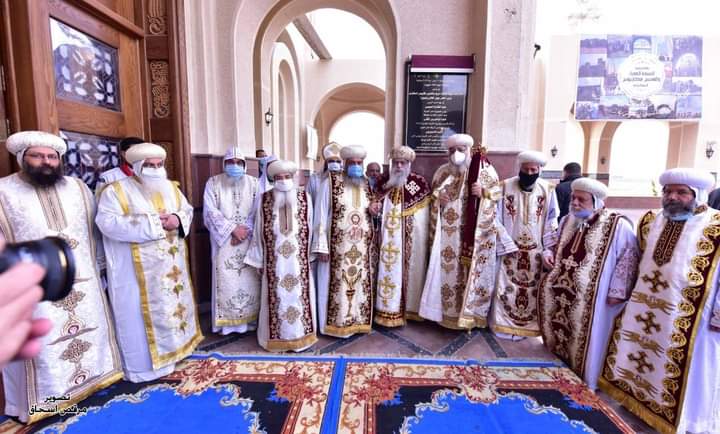 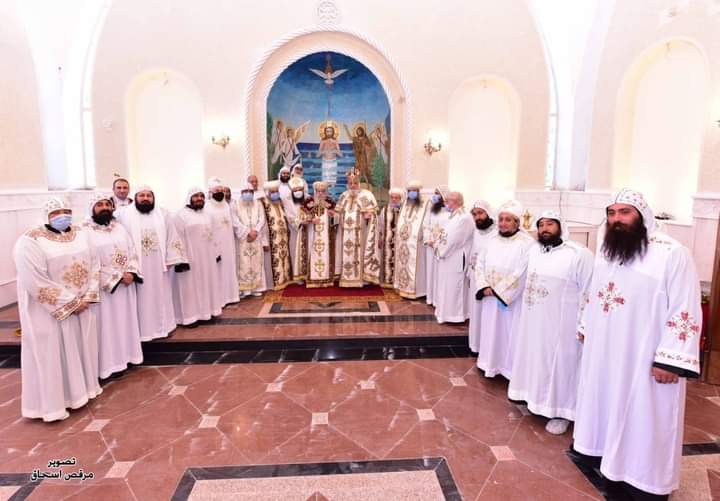 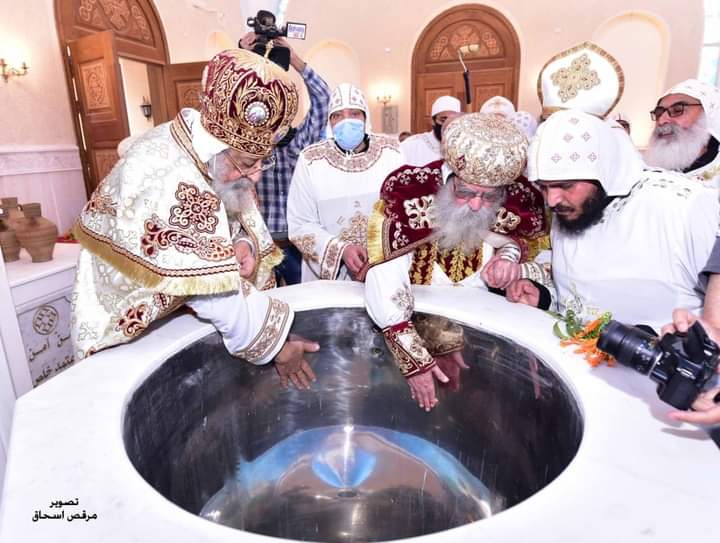 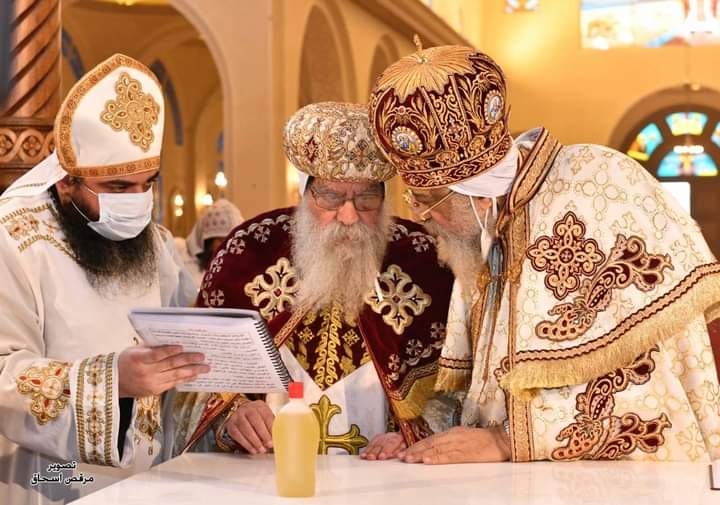 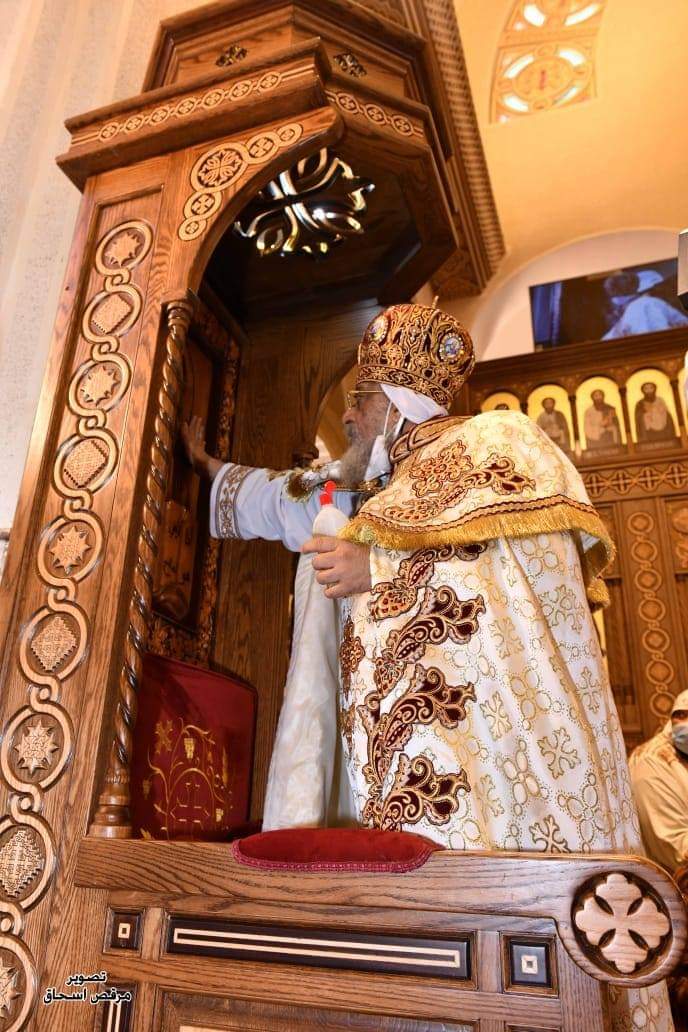 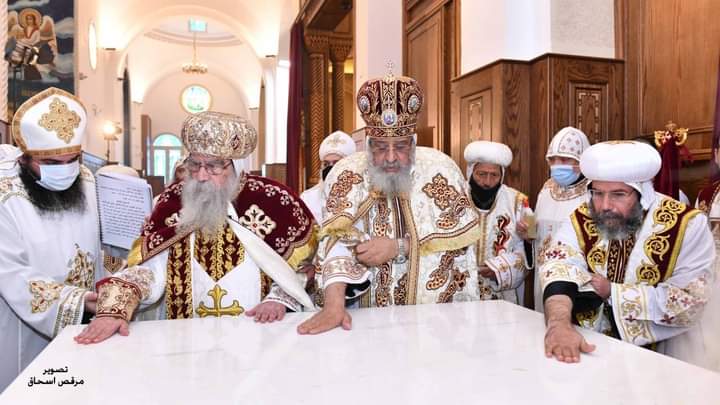 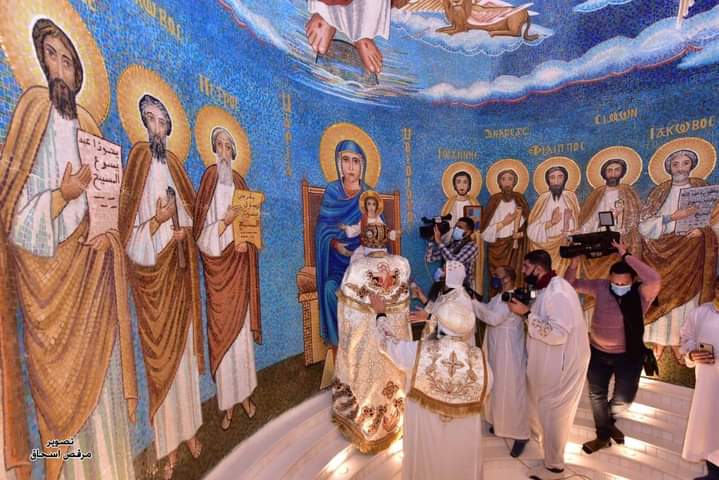 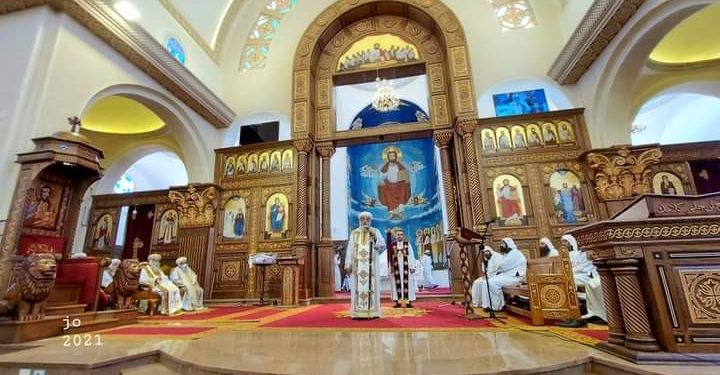 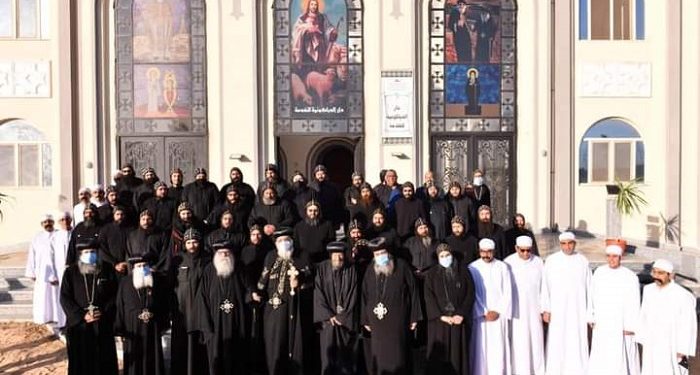