Pope Tawadros II received Anba Pachomius, Metropolitan of Beheira, Matrouh and Pentapolis, and Abbot of the Monastery of Anba Macarius the Alexandrite at the papal headquarters at St Mark’s, Abassiya, Cairo, on 18 December. 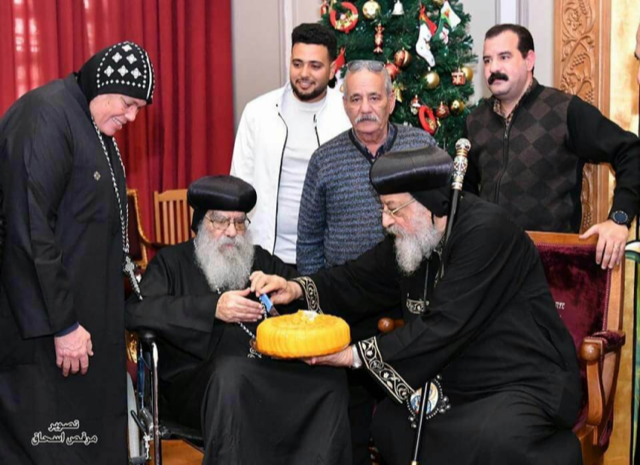 Anba Pachomius, the most senior bishop in the Coptic Orthodox Church, had returned to Cairo on the evening of 17 December, following a medical trip to the UK. 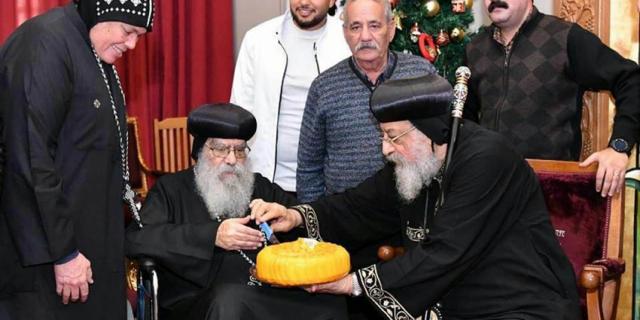 Pope Tawadros expressed concern about Anba Pachomius’s health and intently listened to the Metropolitan give him all the details. The Pope congratulated him on the occasion of his birthday (17 December), and on the 51st anniversary of his consecration as Bishop on 12 December 1971. 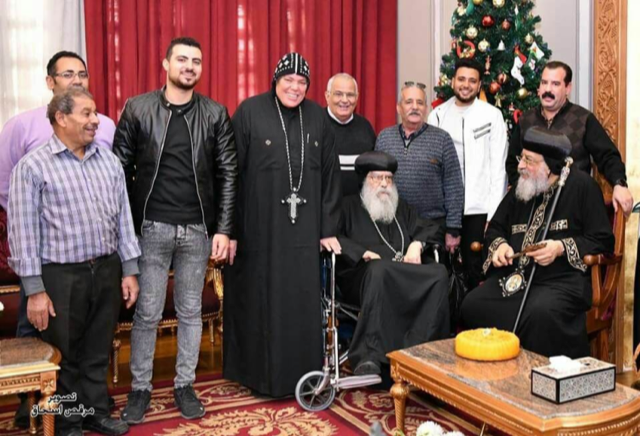 A strong bond of affection is known to exist between Pope Tawadros and Anba Pachomius. Before Pope Tawadros became Patriarch of the See of St Mark in 2012, he had since 1997 been Bishop-General under Anba Pachomius in Beheira. As a child, he had lived in Damanhour, the capital city of Beheira, where he grew up to serve in the Church and become a disciple of Anba Pachomius, till he took orders in 1989 at the Western Desert monastery of Anba Bishoy. 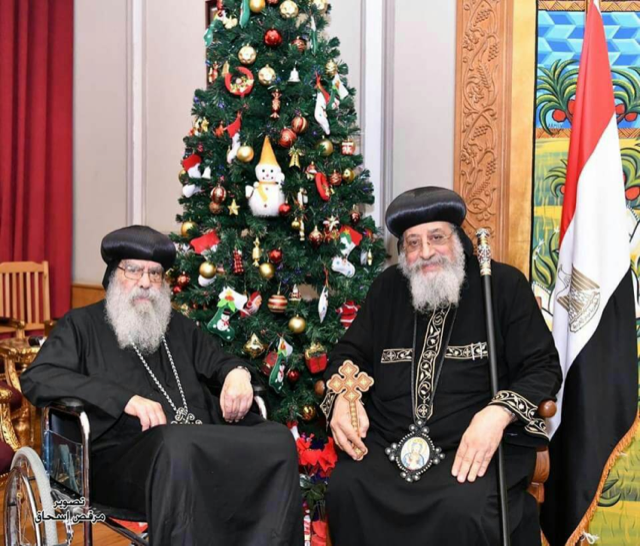 Following his meeting with the Pope, Anba Pachomius headed back to his seat in Damanhour where he was enthusiastically received by its clergy and congregation. 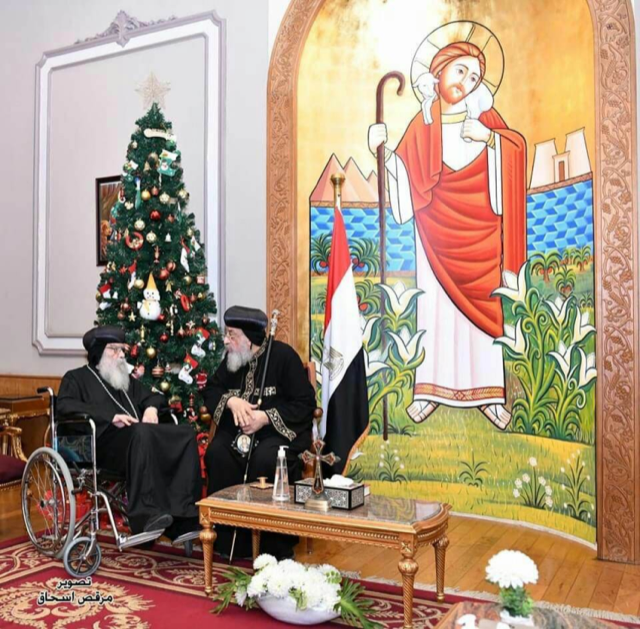 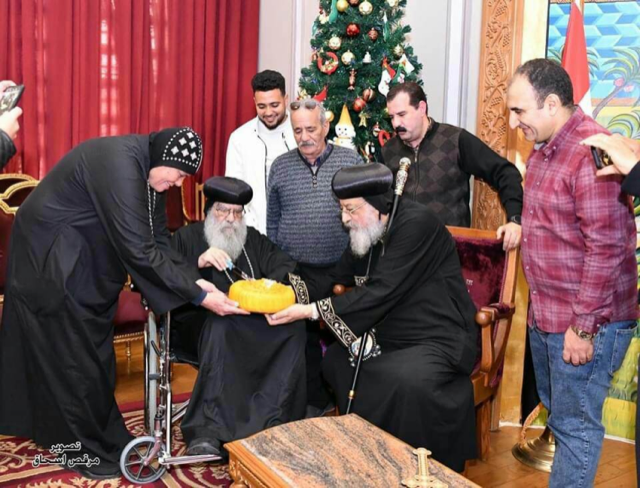