On 18 December, Egypt’s Public Prosecutor Hamada al-Sawy instructed his legal office to look into contesting the Appeals Court ruling which acquitted three men charged with stripping naked an elderly Coptic woman in the village of al-Karm in Minya, some 250km south of Cairo. He said the legal office should do so once Minya Criminal Court files the legal reasoning behind its acquittal verdict. 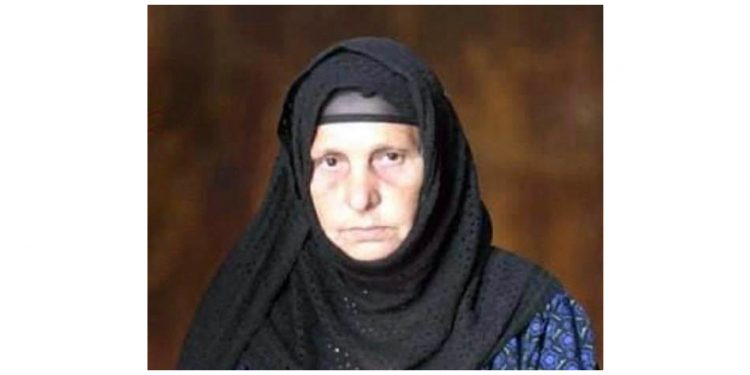 For its part, Egypt’s National Council for Women represented by its President Maya Morsy offered the Coptic woman, Suad Thabet, the opportunity for expert legal advice should she need it, and expressed its readiness to provide her with a defence team.

The story goes back to 19 May 2016 when a rumour circulated in al-Karm of an affair between the Copt Ashraf Danial Ayad and the Muslim woman Nagwa Ragab, both in their early 30s, married and with children. Mr Ayad received threats to him and his family, which he directly reported to the police. Islam bans any relation or marriage between Muslim women and non-Muslim men, even though it allows such liaisons in case of Muslim men and non-Muslim women. Ayad hurriedly fled the village with his wife and four daughters. His old parents, however, remained.

The following evening, a group of some 300 men set off, armed with various weapons, and broke into seven Copt-owned homes and property. They looted their belongings and set five of them on fire, among them the Ayad family home. The losses were estimated at EGP350,000.

The assaulters beat Mr Ayad’s mother, Suad Thabet who was then 68, dragged her out of the house, and stripped her of her clothes, cheering and defaming her in front of a large crowd in the street. Her 79-year-old husband, Abdu Ayad was also beaten and injured.

Ms Thabet testified that the Muslim mob which assaulted her was led by Nazeer Ishaq Ahmad, the husband of the Muslim woman Naglaa Ragab; his father Ishaq Ahmad; and his brother Abdel-Moniem Ishaq Ahmad.

The police arrived and arrested 25 Muslim villagers, among them the Ahmads, who were prosecuted on account of plundering and burning the Copts’ homes. The Ahmads were also prosecuted for their assault of Ms Thabet.

The attack against Ms Thabet shocked and outraged Egyptians, and brought on an apology from President Abdel-Fattah al-Sisi who also ordered that all the houses should be repaired by and at the expense of the Armed Forces, which was promptly done.

Ms Thabet took legal proceedings against Ishaq and his two accomplices but, after almost eight months of investigations and deliberations, the prosecution dropped the case because of inconsistencies in Ms Thabet’s testimony, and because several witnesses had gone back on their original testimonies. But the case was reopened in February 2017 upon a request by Ms Thabet’s defence.

In the meantime, Mr Attiya Jr was found guilty of an illicit affair with a Muslim woman, and sentenced to one year in prison.

On 11 January 2020, Minya Criminal Court sentenced in absentia each of Mr Ishaq and his two accomplices to 10 years in prison. They appealed the ruling.

In February 2020, just a few days before their case was seen in court, the Coptic owners of four of the five houses that were burned in 2016 went back on their testimony against the defendants charged with burning their houses. They said they had been mistaken in the identity of those who set their houses on fire; it was dark at night and they could not see them properly. They thus ‘reconciled’ with the 24 defendants. The Coptic owners of the fifth house: Ms Thabet, her husband, and their son-in-law, refused to conciliate. It was feared, however, that the changed testimonies of the Copts would work to undermine Ms Thabet’s case against the Ahmads who had turned themselves in.

The fears materialised on 17 December 2020 when the court acquitted the Ahmads.

Ms Thabet was momentarily stunned upon hearing the verdict, then broke into hysterical tears. “How can they be acquitted?” she cried in disbelief, “when they stripped me of my clothes in public; in full view of the village people!

“MPs and representatives of the venerable Islamic institution of al-Azhar came to visit me and offer their support, and President Sisi promised me justice, then the court says my assailants are innocent! I feel I’m still naked.”

“Anyhow, if I cannot get justice on earth, I wait for Heaven’s justice.” 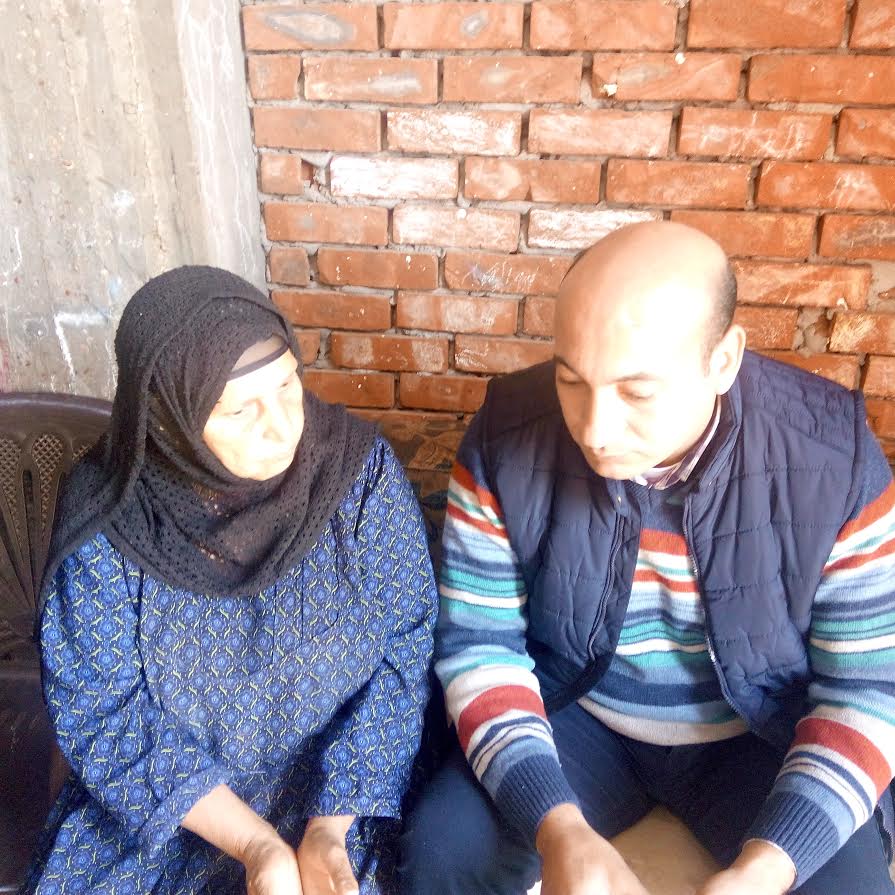 Social media erupted in Coptic rage and shock at what they saw as an unjust verdict, many explaining it off as blatant discrimination against Copts. And even though Muslim fundamentalist voices hailed the verdict, moderate Muslims from all walks of life expressed outrage at the assailants acquittal, and support for Ms Thabet.

Among the supporters was Egyptian actress Nashwa Mustafa, who wrote on her Facebook page that she was trying to find a way to contact Ms Thabet to show her support and try to give her comfort. When she was contacted by Nader Shukry, Ms Mustafa said: “I make no comment on the court ruling. I am not after any propaganda; I just wish to talk to Ms Suad to try to soothe her soul. To those who wrote criticising or cursing me for expressing support for her, I ask to please think of the matter clear of fanaticism! Ms Thabet could be your mother or sister. What if your mother had her house burnt and was stripped naked in the street, how would you feel?

“Everyone who supports the lady of al-Karm and rejects what happened to her upholds humanism regardless of religion affiliation.”

Ms Mustafa did call Ms Thabet and offered her sincere sympathy and support.

“We all feel for you”

On social media, images of a statue of Ms Thabet by the young sculptor Raymonda Amer Nasry went viral. 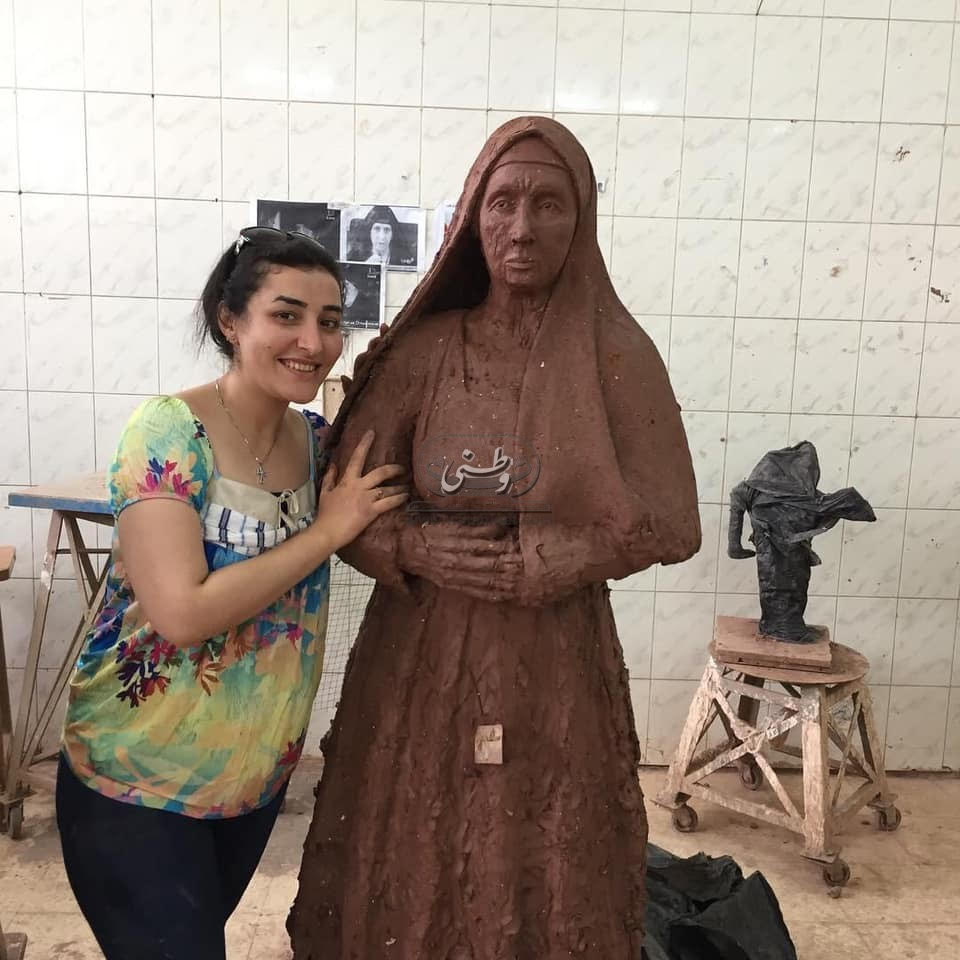 “The 190cm-tall statue, made of black clay, was my graduation project from the sculpture department at the Faculty of Fine Arts, Minya University, in 2018,” Ms Nasry told Watani. The theme of the graduation project was a sculpture of a public figure in Minya. “I decided to choose the Lady of al-Karm (Ms Thabet); because the crime against her two years earlier had really shaken me. I felt how broken her soul must have been. And now, when those who stripped her were acquitted, I posted images of the statue. 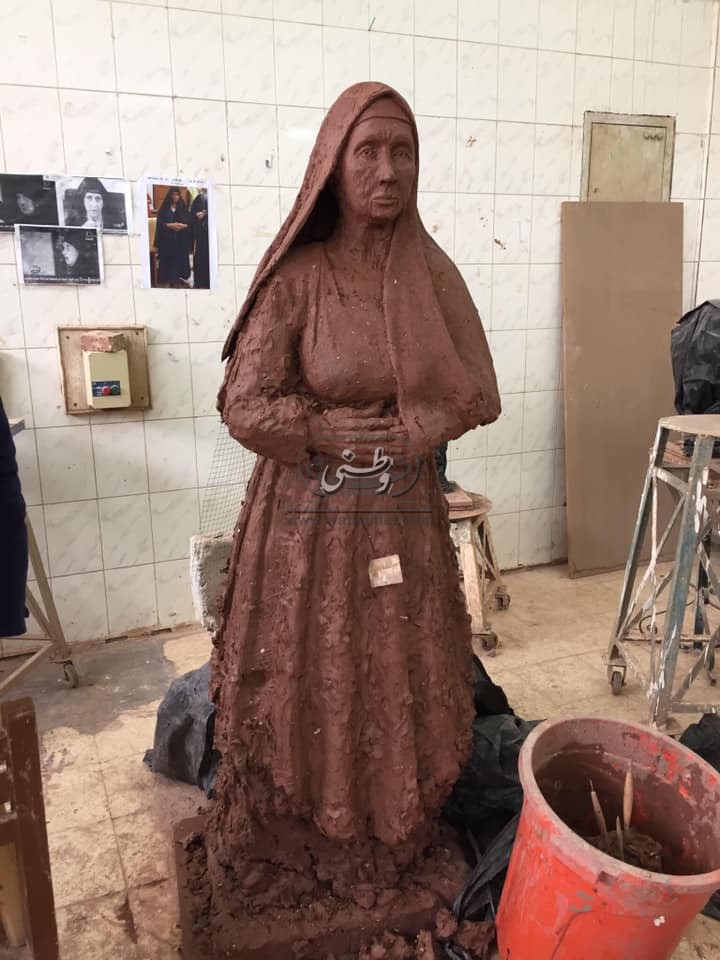 “Even though the images were of the statue before completion, I was happy to read the positive comments.”

Ms Nasry explained that, sadly, the statue is no longer there because it had broken. Through Watani, she sent a message to Ms Thabet: “We all feel for you.”