After 13 years, Abu Fana’s gets a fencing wall

The Ministry of Antiquities’ permanent Committee of Islamic and Coptic Antiquities has approved the request submitted by Anba Demetrius, Bishop of Mallawi, Ansena, and Ashmounin, and Abbot of Abu-Fana monastery, to build a fencing wall around the ancient monastery of Abu-Fana. Situated outside the village of Qasr Hur in Minya some 250km south of Cairo, Abu-Fana monastery includes a 6th- century church and a vast land proved to contain ancient relics; both are the responsibility of the Ministry of Antiquities. The monastery dates back to the 4th-century when it was founded by St Epiphanius, Abu-Fana, a disciple of the ‘father of hermits’ Anba Shenouda the Archmandrite, but it was only officially recognised by the Coptic Church as a fully-fledged monastery in 2004.
Since 2007 the monastery has been waiting for an official permit to build a fencing wall in order to secure it against moving sand dunes which predominate the terrain that lies on the eastern border of the Western Desert, and against repeated assaults by Muslim fanatics. In 2011 the monastery was victim of a brutal armed assault during which the monks were attacked and several injured, including one with serious injuries. Eight cells belonging to solitary hermits were attacked; the Bibles, books and icons inside them were burned.
Even when the permit for building a wall to surround the monastery grounds was granted after the 2011 assault, local authorities hampered its building.

At Abu-Fana’s: One year on

It was thus with relief that Copts received the news that Ibrahim al-Arabi, head of the city of Mallawi, had himself inspected the construction of the wall that has finally gained official approval.
For his part, Anba Demetrius extended his gratitude for President Sisi for intervening and putting an end to Abu Fana’s 13-year old saga. 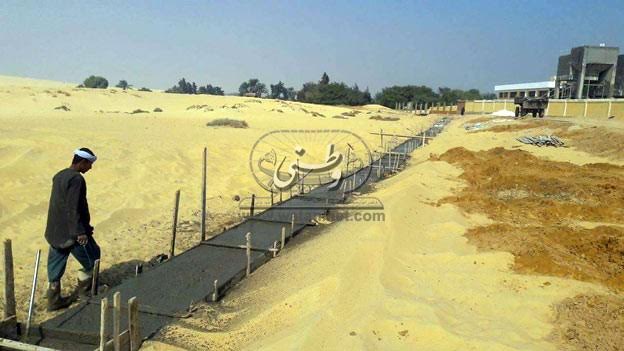 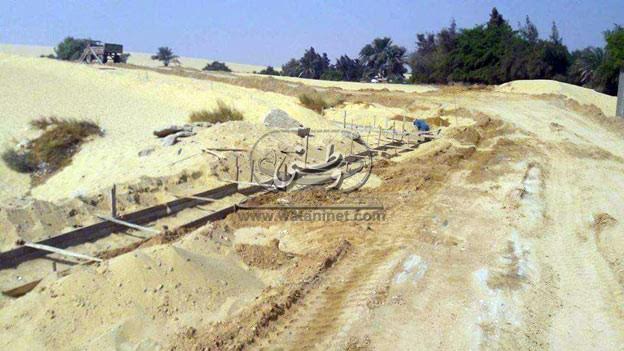 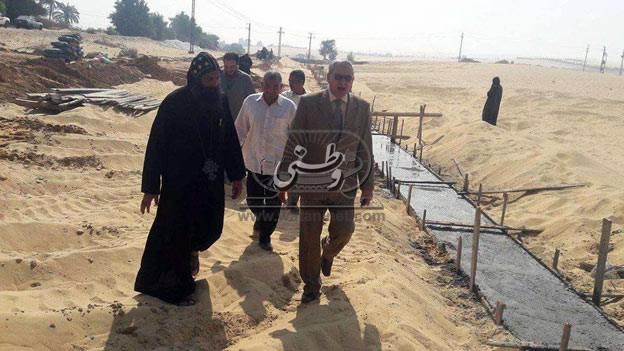 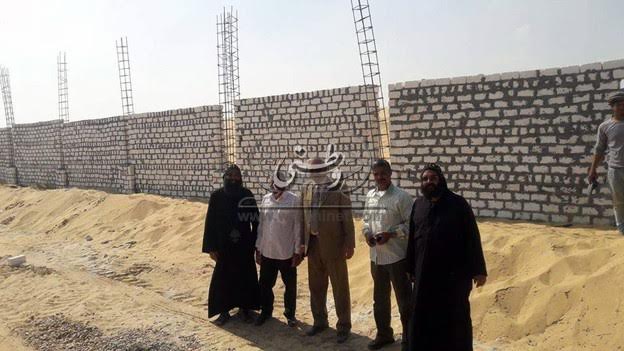