The first announcement of an archaeological find since the outbreak of coronavirus in Egypt in February 2020 was made yesterday by Antiquities and Tourism Minister Khaled al-Anani. 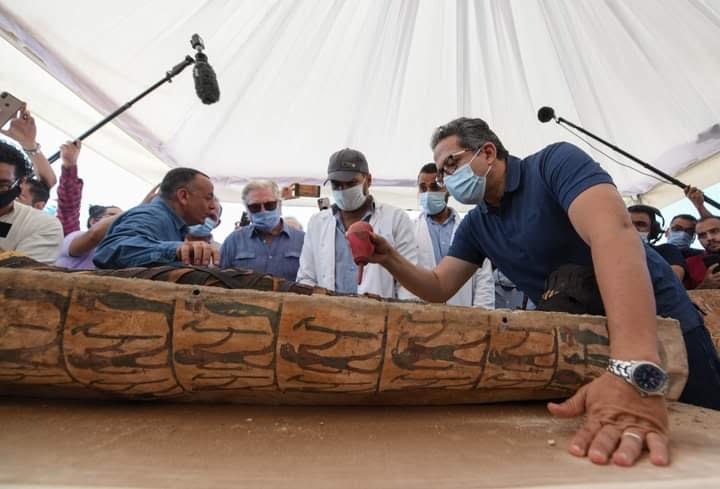 The announcement concerned an impressive discovery of 59 intact, sealed coffins that go back to the Pharaonic Late Period (664-525 BC) found in Saqqara Necropolis in Giza, south of Cairo. It was made on site in a grand event that featured a press conference attended by some 60 ambassadors to Cairo and their families, as well as media figures and staff. 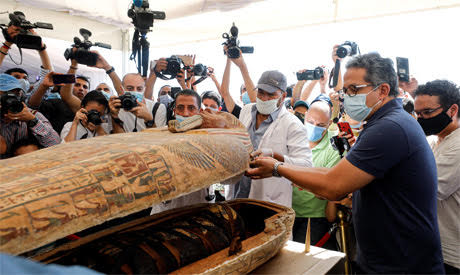 The find, Dr Anani said, was unearthed by an Egyptian archaeological mission, headed by Mustafa Waziri, Secretary-General of Supreme Council of Antiquities (SCA). Most of the 59 anthropoid painted coffins included mummies inside, and were found stacked over one another, buried down three 11m-deep shafts. 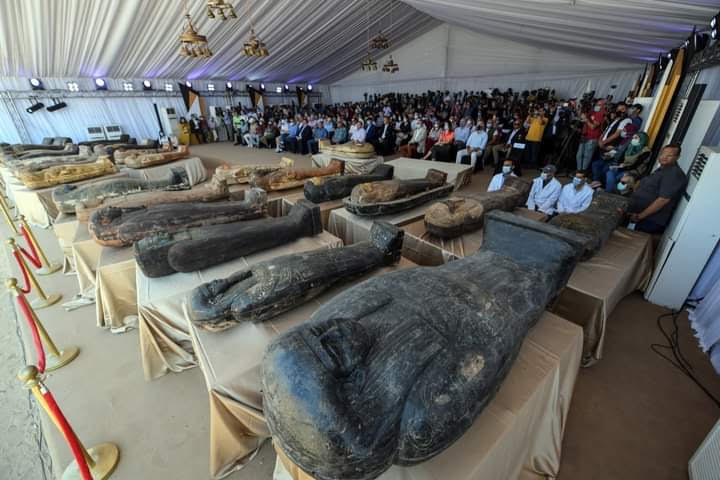 “I see this as the beginning of a bigger discovery,” Dr Anani said, explaining that there was an unknown number of coffins yet to be unearthed in the same site. He thanked his colleagues in the SCA for their outstanding work and discovery, and expressed his pride to be one of the team which he had joined in 2016. 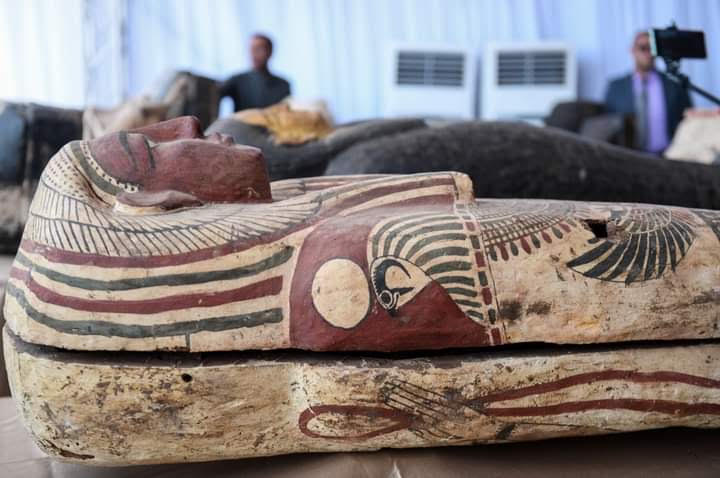 According to Dr Anani, the wooden coffins are intact and in very good condition, still retaining their original colours. He noted that initial studies have shown that the decorated Late Period coffins belonged to priests, top officials and elites. He said the coffins would be transferred to the Grand Egyptian Museum (GEM) on the Pyramids Plateau in Giza, due to open in 2021. The Saqqara Necropolis coffins, he said, will be displayed alongside the 32-coffin find from Assassif in Luxor. 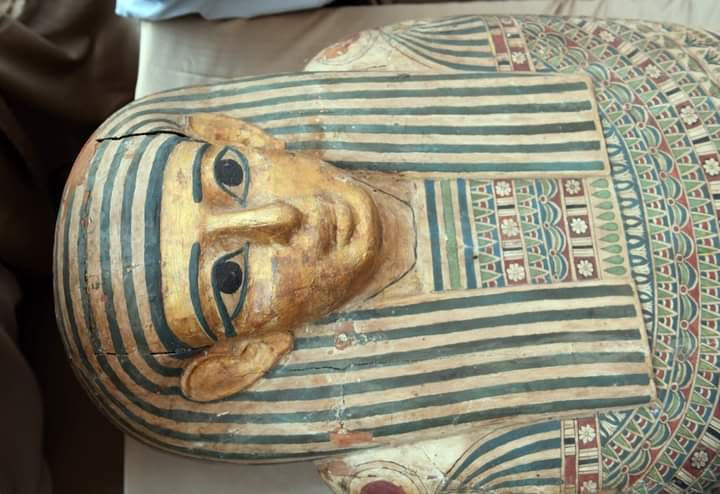 Dr Anani additionally explained that the discovery included dozens of stunning statuettes, among them one of the god Nefertum. The 35-cm statuette is made of bronze and inlaid with precious stones such as red agate, turquoise, and lapis lazuli. It has a colourful crown-like lotus flower shape on its head. According to Dr Waziri, the name of the statuette’s owner, an ancient priest known as Badi Amun, is engraved on its base. It is among a 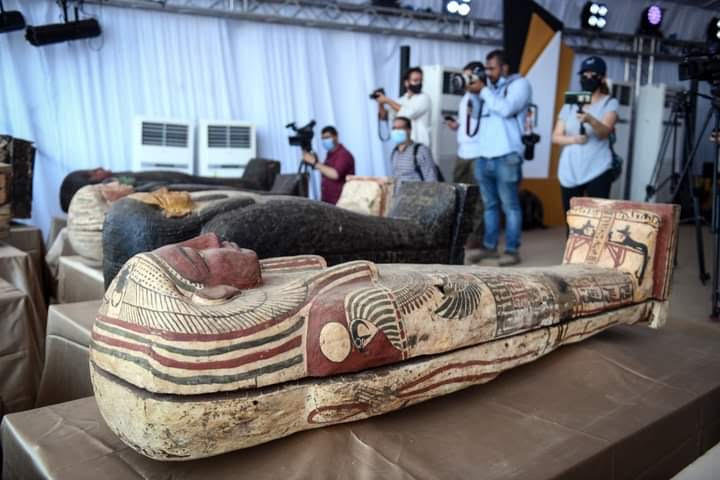 collection of 28 statuettes of Ptah-Soker, the main god of Saqqara Necropolis. Collections of amulets and ushabti figurines were also unearthed. 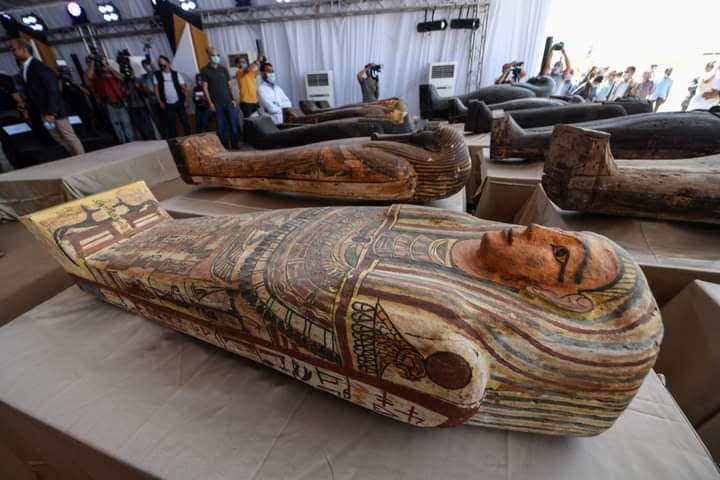 During the press-conference, renowned Egyptian archaeologist Zahi Hawwas, gave a word in which he talked of the indescribable wonder that accompanied the opening of an ancient coffin. He said the Saqqara Necropolis find promises to be among the treasured displays at the GEM. 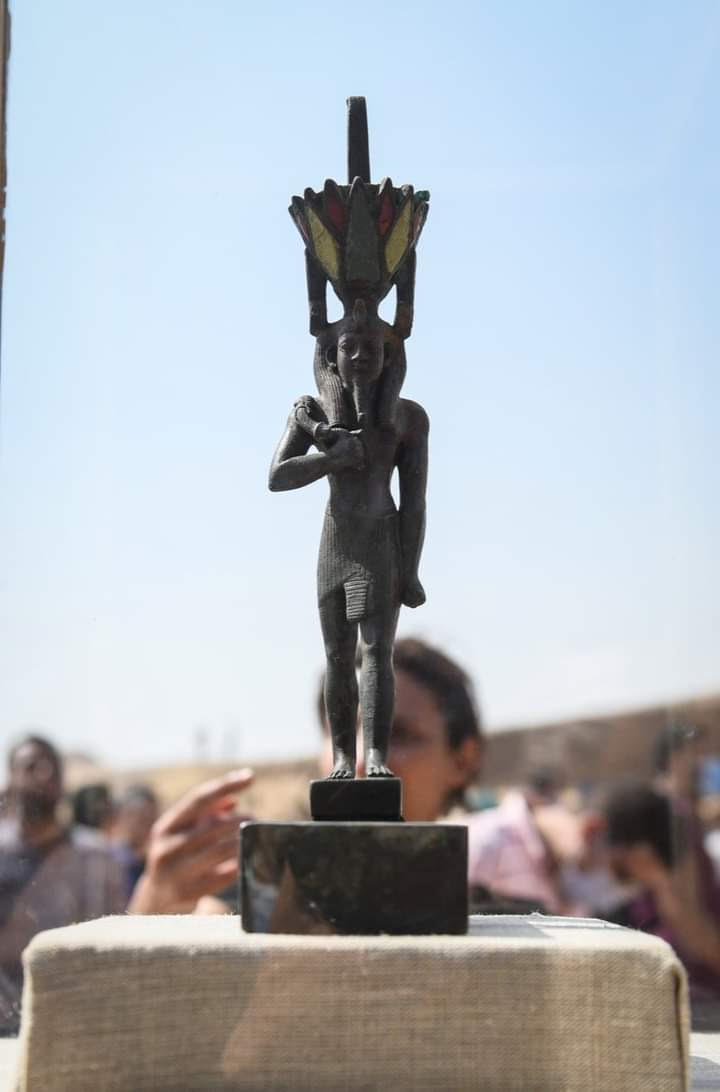