The Grand Egyptian Museum (GEM) which is expected to open by year-end 2022, has received the first and largest shrine of the boy king Tutankhamun who was nine years old when he ascended the throne of Egypt, and reigned for another nine years from 1332 to 1323BC. The boy king’s funerary collection was the star display at the Egyptian Museum in Tahrir Square, Cairo, until it was decided to move the collection to GEM. 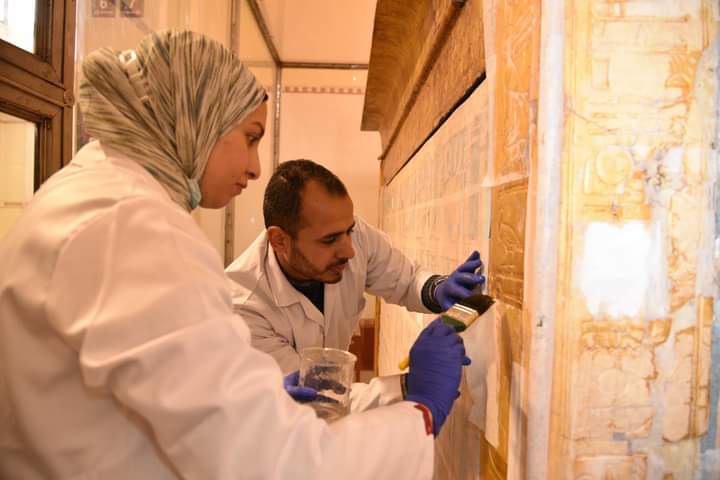 Tutankhamun was not one of Egypt’s great kings, but is in modern times among the most famous on account of his tomb and funerary treasure which were discovered intact in the Valley of the Kings in Luxor West Bank. Discovery of the still sealed tomb by Howard Carter in November 1922 caused a sensation, nothing so complete had ever been found before.

Tutankhamun was buried in a sarcophagus placed inside a set of four gilded wooden shrines, each successively bigger than the other, built of cedar wood held with tenons of oak, Christ’s Thorn wood and bronze. The cedar wood was covered inside and outside with gold adorned with faience inscribed with reliefs of underworld deities. 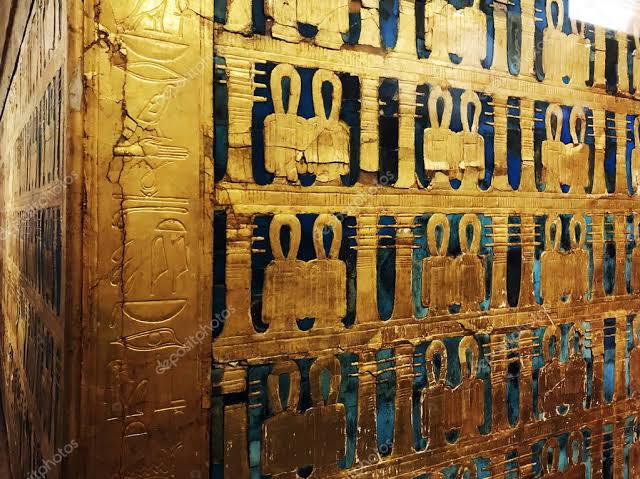 The outermost shrine was the first artefact Howard Carter set eyes on when he entered Tutankhamun’s tomb upon its discovery in 1922. It measures 5.08 x 3.28 x 2.75 metres.

The fourth, smallest shrine, as well as the third and second bigger ones had already been moved from the Tahrir museum to GEM. The first, outermost and biggest shrine was the last to be moved to GEM where it will be placed in its permanent display location alongside the three other shrines, each in a separate glass case, in state-of-the-art museological display. The glass cases feature a controlled environment of temperature, humidity, and lighting; also audio visual information. 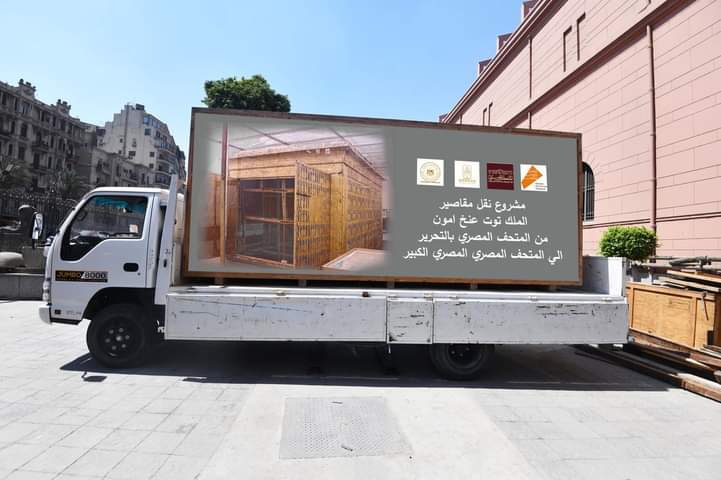 According to Atef Moftah, Supervisor-General of GEM and the surrounding area, the process of dismantling and transferring the shrine took eight days of arduous work, and that the shrine would be reassembled in its glass case in the upcoming few days.

Moamen Osman, Head of the Museums Sector at the Ministry of Antiquities, explained that the shrine was transferred under strict security measures by the Tourism and Antiquities Police, and under supervision of the restorers and museum curators. 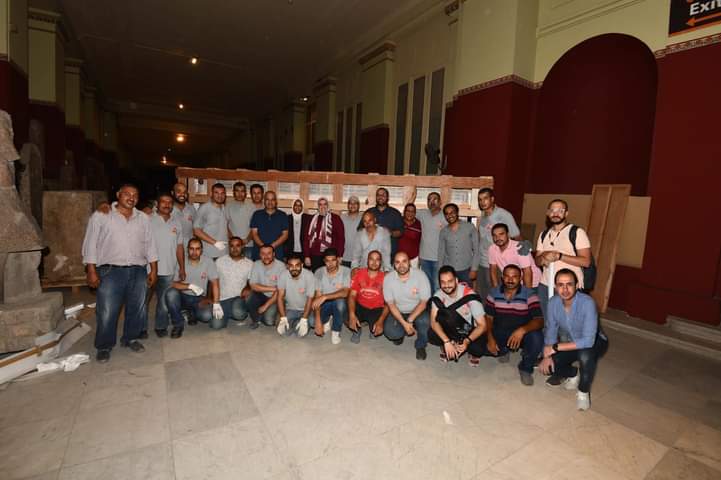 Before the transfer, the shrine had been restored, fortified, and protected at the Egyptian Museum in Tahrir, in a meticulous process that took around a year to complete. Eissa Zaidan, general Manager of Restoration and Transfer of Antiquities at GEM said that the shrine was dismantled into 20 pieces, and reassembled using the same techniques used by ancient Egyptians. Each piece was wrapped separately and placed in inner and external boxes using acid-free materials.

It has not been yet confirmed when exactly the GEM would open. Its foundation stone was laid by President Hosni Mubarak in 2002. Proclaimed as the largest archaeologist museum in the world, the museum was conceived as a modern repository for Egypt’s ancient treasures. It is built on an area of 120 acres of land, about two kilometres from the Pyramids of Giza, and is a major landmark of the new master plan for the plateau with which it was designed to blend.

It has been built at a cost of roughly a billion dollars, partly funded through a USD300 million-grant from Japan; the Egyptian government is funding the project with USD147 million, and the remainder is funded through donations and international organisations. When completed, the museum will have the capacity to display 100,000 artefacts.

The GEM is envisaged as a cultural complex of activities devoted to Egyptology and will contain 24,000sq.m of permanent exhibition space, a children’s museum, conference and education facilities, a large conservation centre and extensive gardens.

Among many other antiquity artefacts, the GEM will house the Tutankhamun collection which had graced the Egyptian Museum in Tahrir Square, Cairo.

The museum will also host King Khufu’s (c. 2575–c. 2465 BC) solar boats that had rested for some 4,000 years in a pit at the foot of the Great Pyramid. The solar boat was the barge believed to carry the soul of the deceased into the realm of eternity. Khufu’s two solar boats were found in 1950s. The ropes binding the wooden pieces that formed the boat had disintegrated, but the wooden components were found intact, lying close to one another.

One boat was restored and reconstructed, and was placed in a museum built by the Japanese in 1985 a few metres away from where the boat was found on the southern side of the pyramid. It was relocated to GEM in August 2021. The second boat is still being reassembled.

The colossus of Ramses the Great was the first major artefact to enter the permanent collection area of the GEM in 2018. The 3,200 year old statue of Ramses II, which once stood tall in Ramses Square, in central Cairo, up until 2006 before it was moved to the GEM, now towers in the museum’s foyer, with the museum building surrounding it.