News Record. The 2021 competition is in its ninth annual edition. Participating were 21 countries in 18 different fields in the construction industry.

Egypt was the only country in the competition to win four prizes among 30 winning projects; it won the best international project in the water and sanitation projects category for the “Bahr Al-Baqar Water Treatment Plant” project, which was inaugurated by President Abdel Fattah al-Sisi last week.

The synagogue was inaugurated in January 2020 after total restoration and documentation. The project was carried out in accordance with a protocol of cooperation between the Ministry of Tourism and Antiquities and the Armed Forces Engineering Authority; it was implemented by the 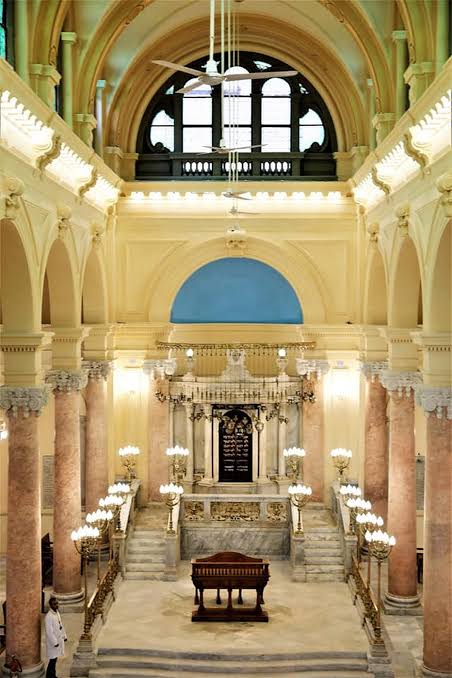 At a total area of 4200 sq m, the synagogue comprises has two floors: one for men and one for women, a central library of great value given that the majority of its components date back to the 15th century.

The synagogue includes rows of wooden seats that accommodate 700 persons, marble boxes for fund-raising for poor and sick Jews, a number of offices for the Jewish Community which provides services for the community.

The synagogue, established in 1881, is located in Nabi Daniel Street in downtown Alexandria. It is the most ancient and famous synagogue in the Middle East. It was built on the ruins of an old synagogue built in 1354 that was bombed during the French Campaign in Egypt.

Egypt also won the award for the best international project in the category of transport and railway projects for the subway project, Line Three – Fourth Phase 4B, which was implemented by the Arab Contractors and Orascom consortium, under the supervision of the Metro Authority of the Ministry of Transport, and the award for best global project. In the category of government building projects, the parliament building project in the new administrative capital snatched the prize. It was implemented by the Arab Contractors Company under the supervision of the Engineering Authority of the Armed Forces. 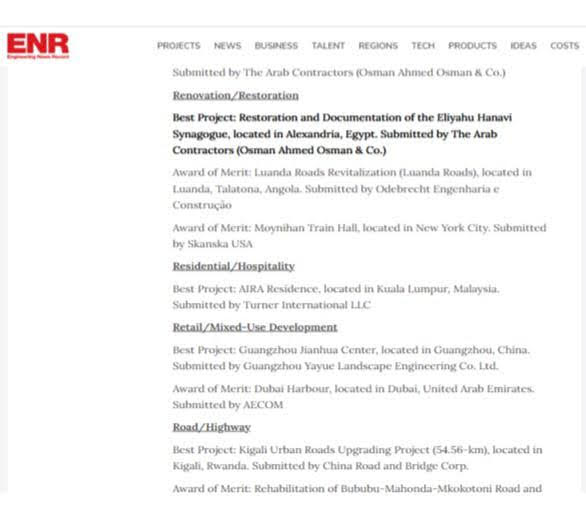