Egypt’s Ministry of Antiquities and Tourism has moved the solar boat of King Khufu from its 1985 museum at the foot of the Pyramid to the Grand Egyptian Museum (GEM) on the close-by Giza Pyramids Plateau. King Khufu reigned over Egypt in 2589 – 2566BC and built the Great Pyramid at Giza. 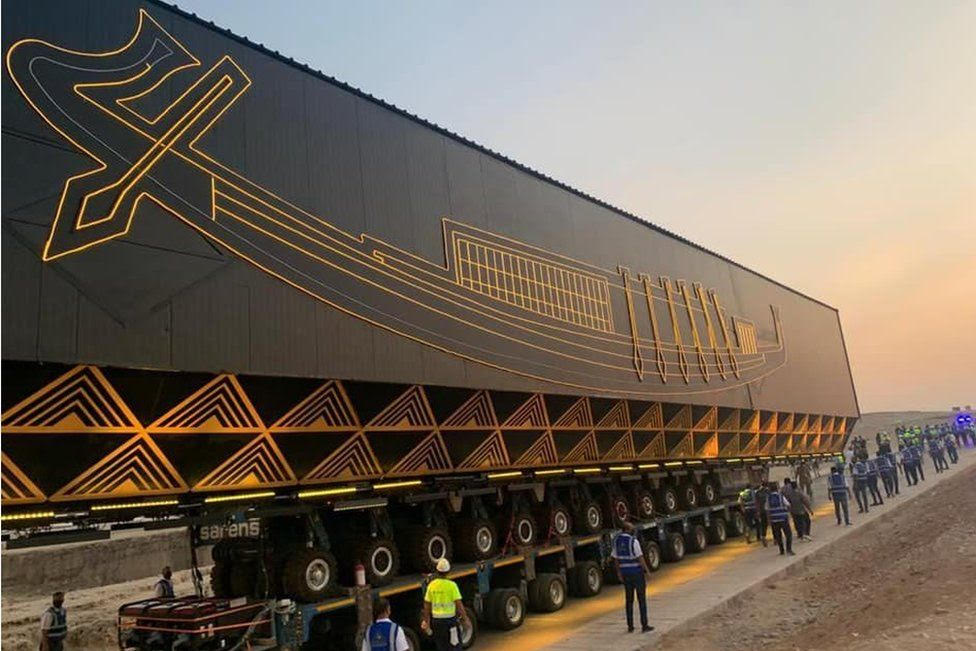 The 20-ton, 42-metre-long boat was moved on a smart vehicle, in a 10-hour trip that began late on Friday 6 August and ended at its new permanent location at GEM early the following day, Saturday 7 August.

General Supervisor of the GEM Project Atef Moftah said that the move was a significant, complex feat on the engineering and archaeological levels, that took more than a year to study, explore and plan. It was suggested that the boat might be dismantled then reconstructed at the GEM but, Mr Moftah said, this was deemed a hazardous process. The final decision was to move the boat in one piece. 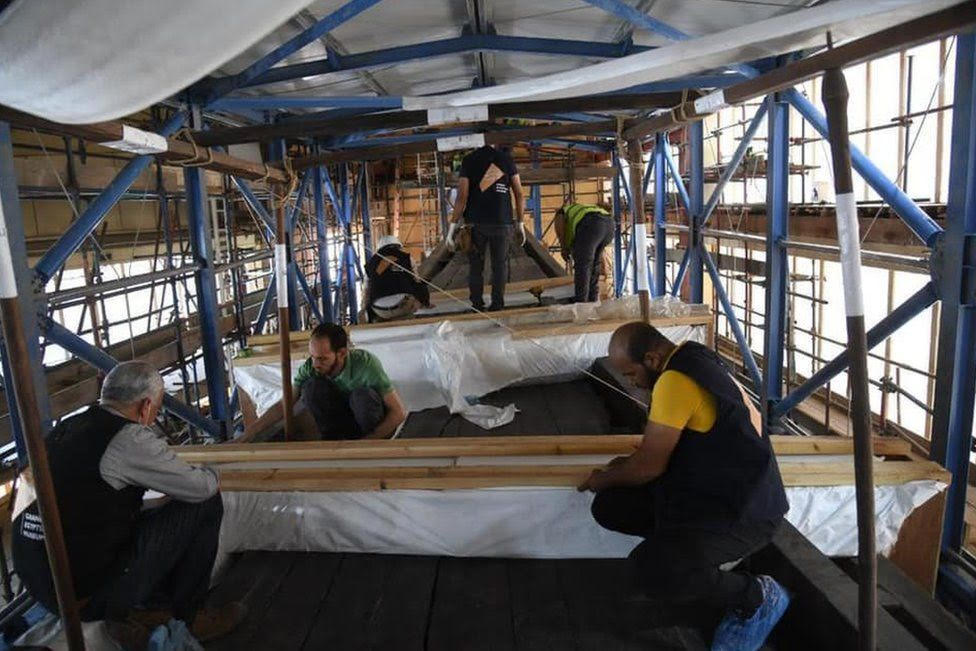 The Ministry said the move aimed to “protect and preserve the biggest and oldest organic artefact made of wood in the history of humanity.”

It will be displayed at the GEM alongside tens of thousands of antiquities, including the famed Tutankhamen mask and collection, and the Ramses the Great colossus. 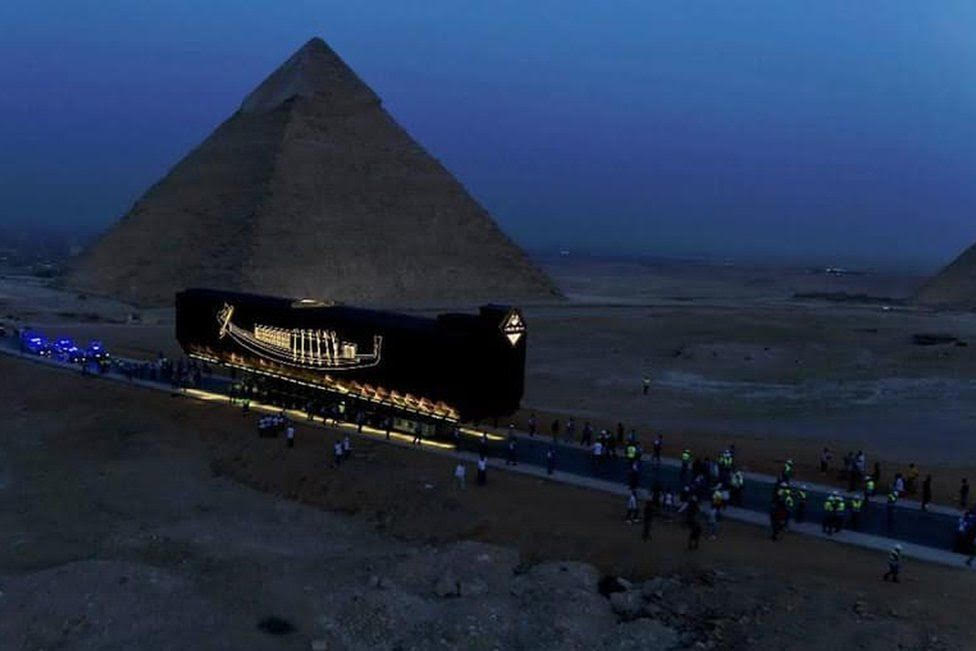 The solar boat was the barge believed to carry the soul of the deceased into the realm of eternity. Two solar boats that belonged to King Khufu were found in 1954 buried in pits at the foot of his great pyramid some 2,500 years ago. The ropes binding the wooden pieces that formed the boats had disintegrated, but the wooden components were found intact, lying close to one another. One boat was restored and reconstructed, and was placed in a museum built by the Japanese in 1985 a few metres away from where the boat was found on the southern foothill of the pyramid. This is the one recently moved to the GEM.

The second solar boat has been undergoing reconstruction and restoration at GEM in a Japanese-sponsored project. 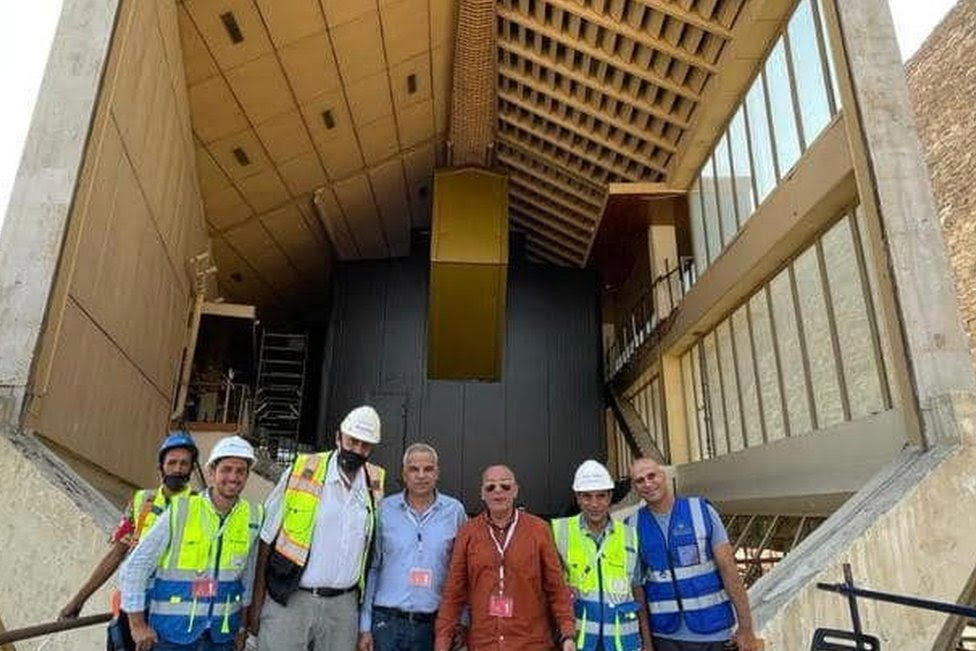 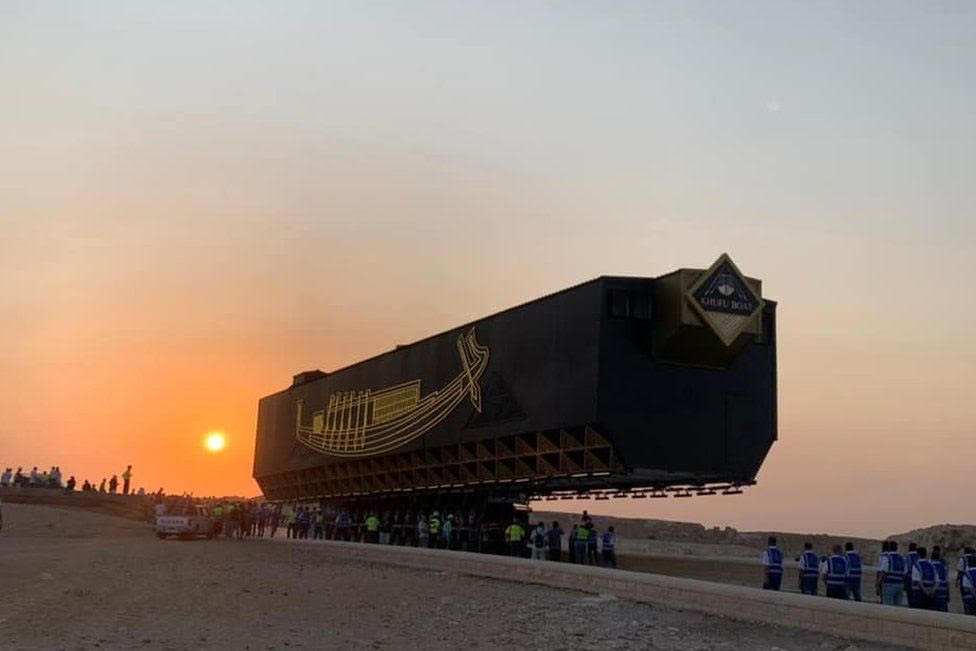 GEM was scheduled to open in 2020, but the grand opening was postponed on account of COVID-19; it is expected to open by the end of 2021. The museum’s foundation stone was laid by President Hosni Mubarak in 2002. Proclaimed as the largest archaeologist museum in the world, the museum is built on an area of 120 acres of land, about two kilometres from the Pyramids of Giza, and is a major landmark of the new master plan for the plateau. 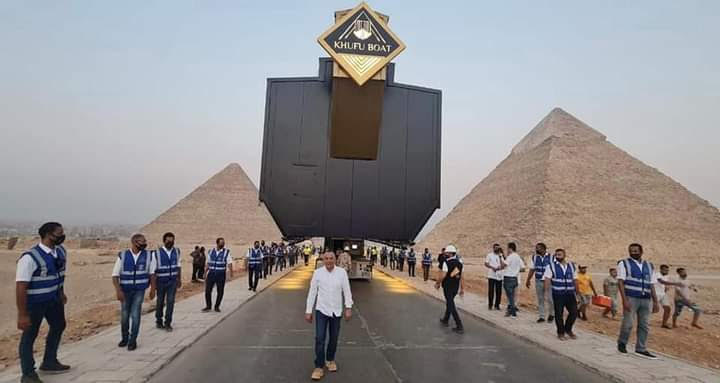 In 2007, a USD300 million loan was secured from Japan to build the GEM. The Egyptian government has funded the project with over USD147 million; and the remaining USD150 million have been funded through donations and international organisations.

The 3,200 year old statue of Ramses II, known as Ramses the Great, which once stood tall in Ramses Square in central Cairo, was moved to GEM in 2006 and now graces the museum’s foyer with the museum building surrounding it. 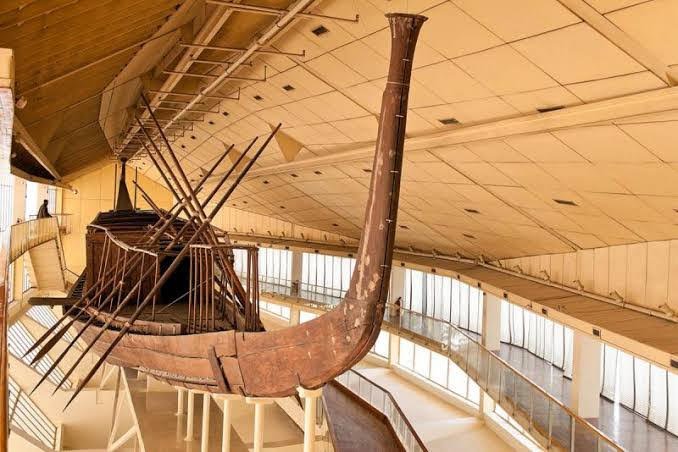