Romany has no limbs. But his infectious laugh ensures he is quick to make friends, and he does manage to enjoy himself in whatever situation he finds himself in.

Romany recently played a leading role in a programme for disabled children on the Christian satellite channel SAT-7 called City of Stars. The other leading role was played by Hanaa, a 19-year-old girl with Down Syndrome. The programme was designed to foster awareness on and inclusion of persons with disability. SETI Center in Egypt, established by the international charity organisation Caritas, put together a professionally crafted script to raise awareness of children with special needs, their safety and inclusion in society.

“Parents of children with special needs have called saying they were happy seeing their children represented on the programme,” Hanan Nicholas from Caritas Egypt said. 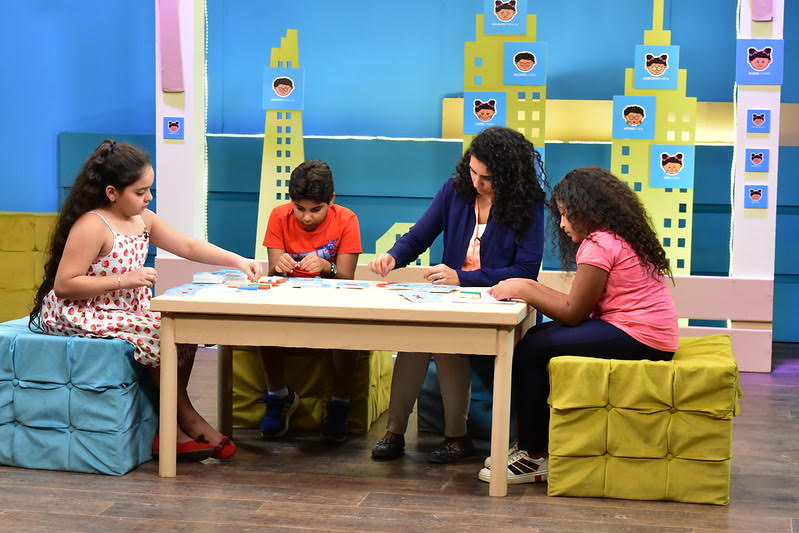 As the show was being filmed, children with and without disabilities joyfully ran, played and laughed on one side of a brightly sunlit park; on the other side technicians scampered to prepare for filming.

Both Romany and Hanaa welcomed the children in City of Stars and engaged with them in practising Christian values and inclusion of children with disabilities in respect and love.

Hanaa’s mother, Hanan Muhammad, said her daughter was so excited to be in the second season of the programme.

“Hanaa made friends on set. Even though she works long hours, she’s so excited, she wakes up long before the filming schedule to get ready. She even helps other disabled children on the set, by guiding a blind child for instance,” Muhammad said. 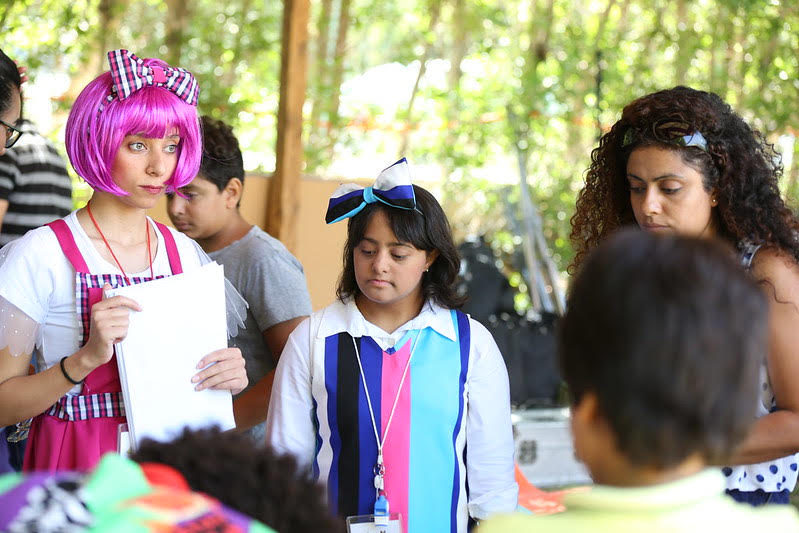 “In the first season, I brought my son Youssef, then 8, to meet Romany. But just as we approached him, Youssef froze and wouldn’t talk to Romany. I was disappointed but his mother and I addressed his fears in a candid talk at home. The following day I found him on set playing with Romany on PlayStation,” he said.

Marian Maurice, one of the actors in City of Stars feels grateful acting on the programme. “It makes me thank the Lord for being able to just do simple things like blowing a balloon or kicking a ball. We take our blessings for granted. We must show our love to those who, owing to some disability or another, can’t do what we can. They don’t want our pity; it hurts them,” she says. “They want our love.”

According to a study carried out by the World Health Organisation, 45 per cent of persons with disability in Egypt are under 18.

Children with disabilities in the Middle East are still undermined in education, facilities and rights. Many of them come from families with limited finances. They face poverty, social stigma, and lack of inclusion in educational and work institutions.

Nada Thabet, founder of the Village of Hope for persons with intellectual disabilities and herself a mother of a mentally challenged young man, fought alone her battle with disability in the family for years. She was awarded Mother of the Year for Intellectual Disabilities in 2018.

“It’s very important to make everyone aware that persons with disabilities are entitled to being included and lovingly integrated in the community,” she said.