In tandem with the fourth International Youth Forum which was held at the Red Sea resort of Sharm al-Sheikh from 10 to 13 January 2022, a temporary exhibition of Coptic icons opened on 11 January at Sharm al-Sheikh Museum.

The exhibition was opened by Anba Apollo, Bishop of South Sinai, who was accompanied by a number of clergy. 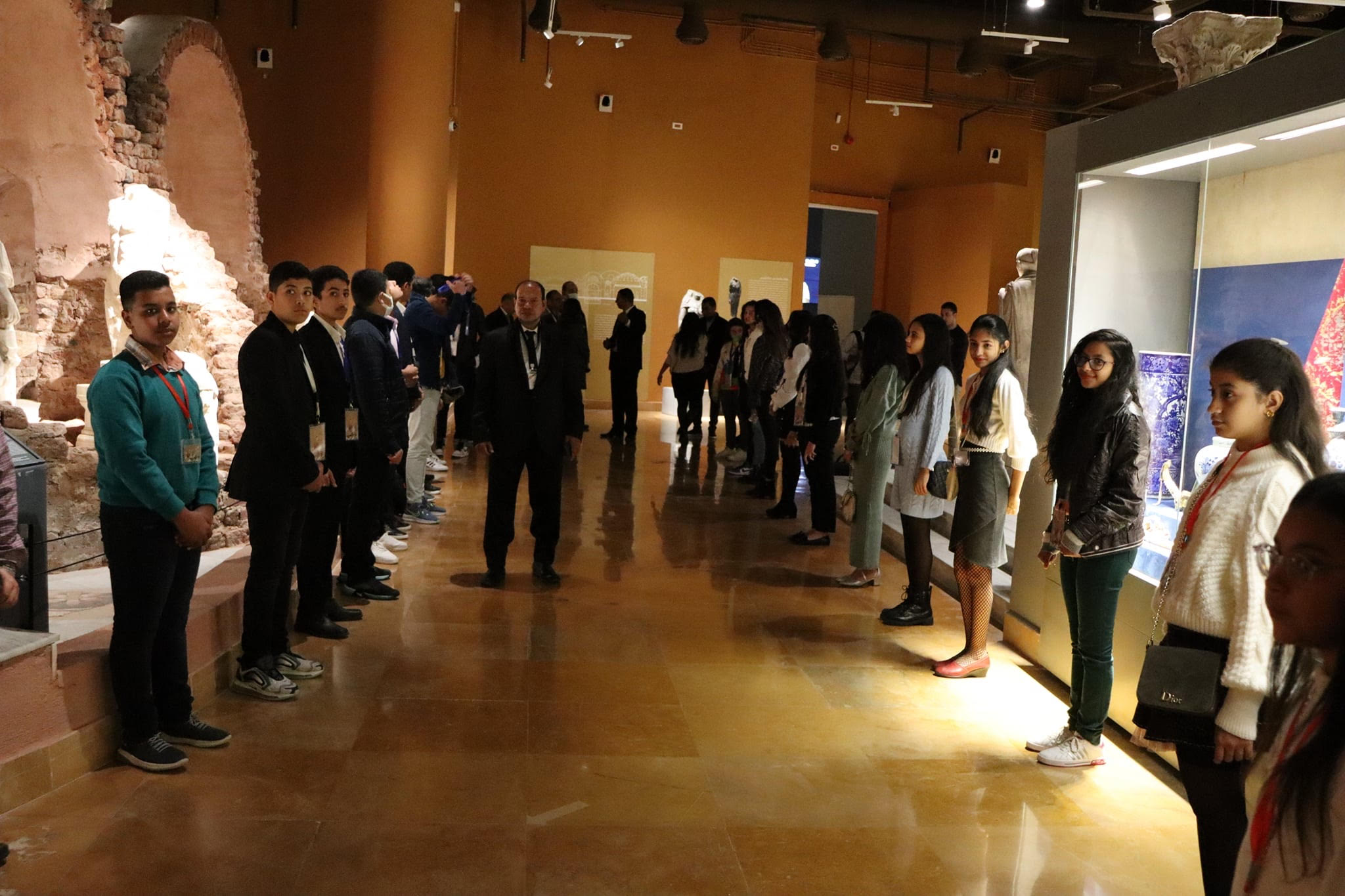 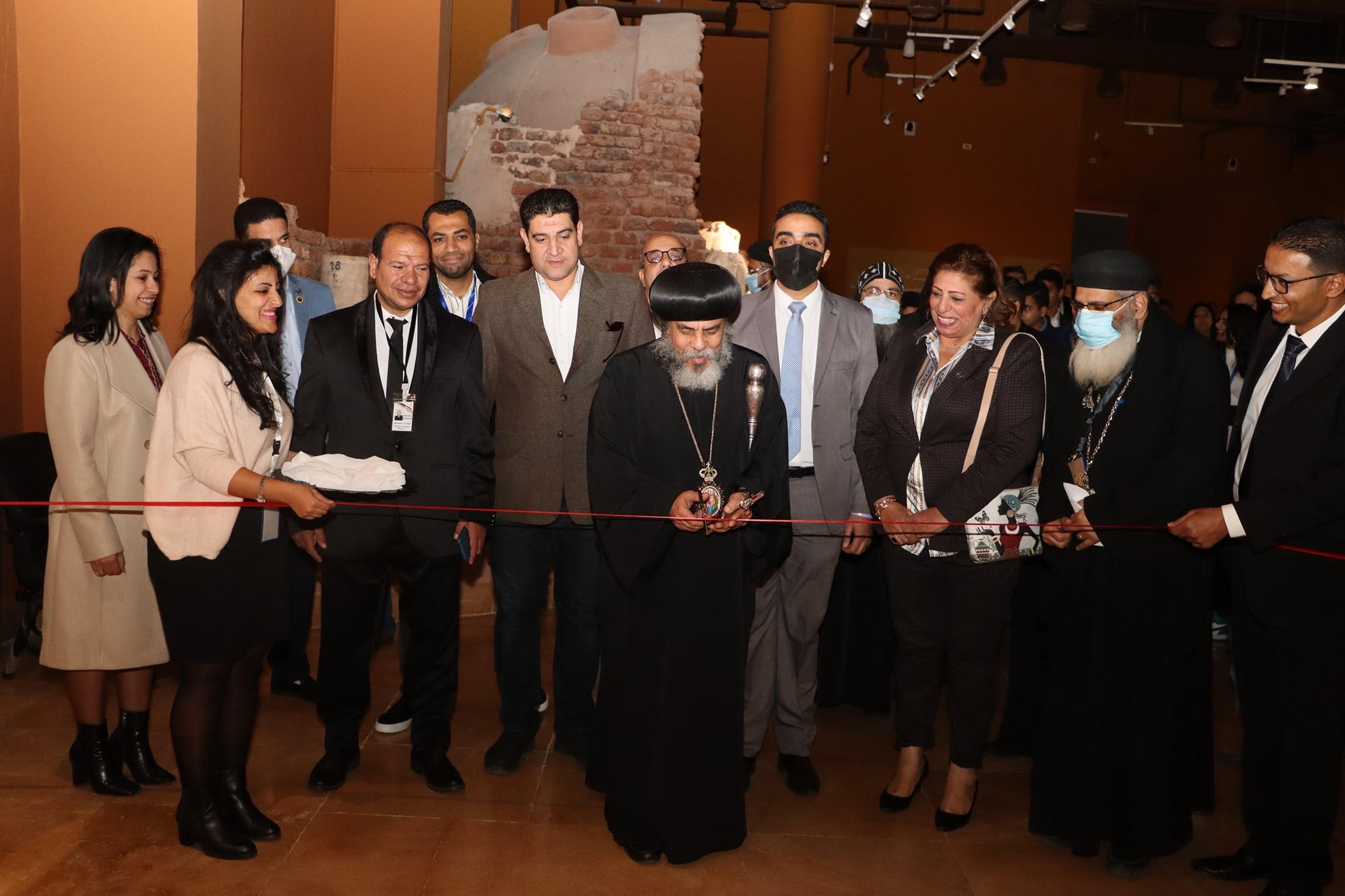 According to the Bible (Matthew 2), the Holy Family: the Child Jesus, His mother Mary, and St Joseph fled into Egypt as commanded by the angel to escape Herod the King who intended to kill the Child. Tradition has it that they entered Egypt at its northeast border with the historic land of Israel, travelled south west through the Nile Delta, then south along the Nile to present-day Assiut, 350km south of Cairo. There they stayed until, according to the word of the angel, the moved back to Israel following a slightly different route back. According to tradition, the Holy Family is believed to have spent more than three years in Egypt. Places where the passed, rested, or stayed—some 25 sites across the land—today host churches, monasteries, or convents, and are pilgrimage sites for the devout. 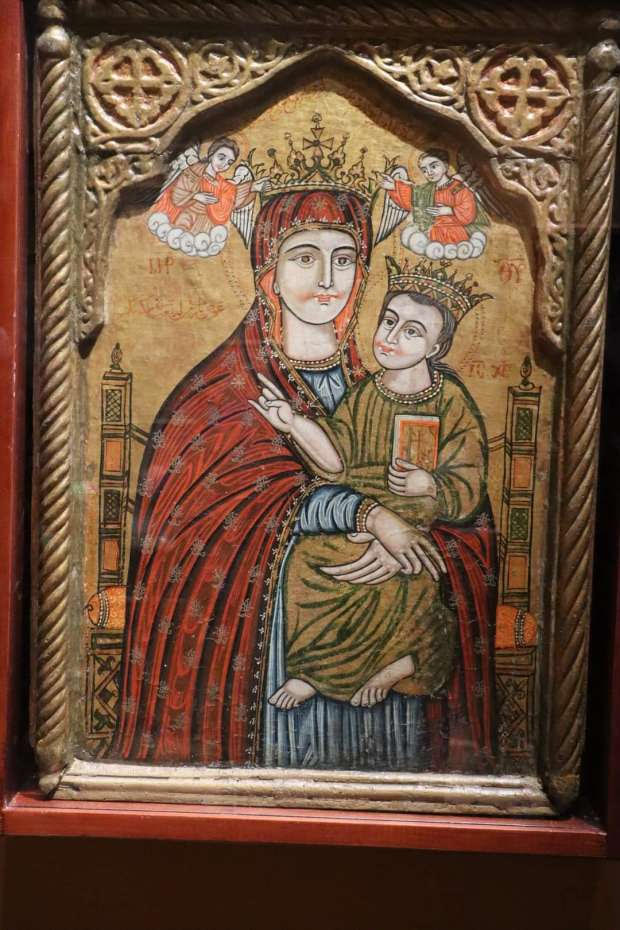 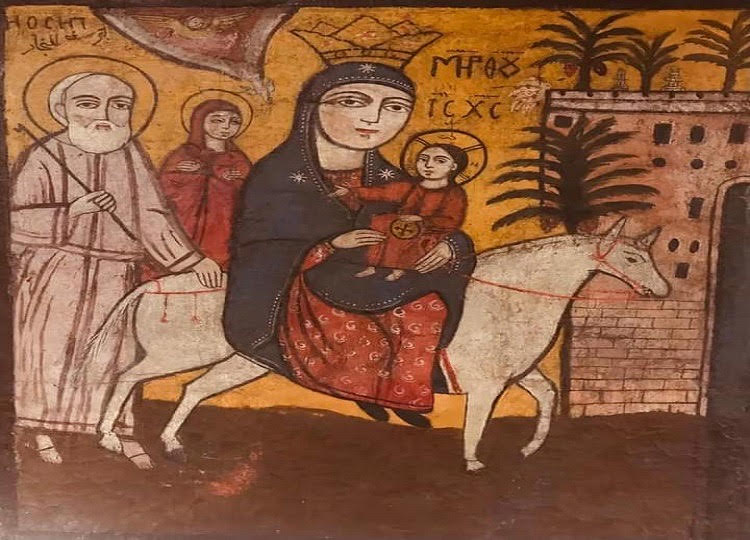 Mo’men Othman, Head of the Museums Sector at the Supreme Council of Antiquities, explained that most of the icons and manuscripts on display highlight the Holy Family’s sojourn in Egypt. Among these exhibits are three manuscripts from the acquisitions of the Coptic Museum in Old Cairo, and nine rare icons to be displayed for the first time; which were chosen from a number of 4th and 5th-century Egyptian churches: Abu-Serga, the Hanging Church, Mercurius Abu-Seifein, Mar-Mina, and the Archangel Michael. 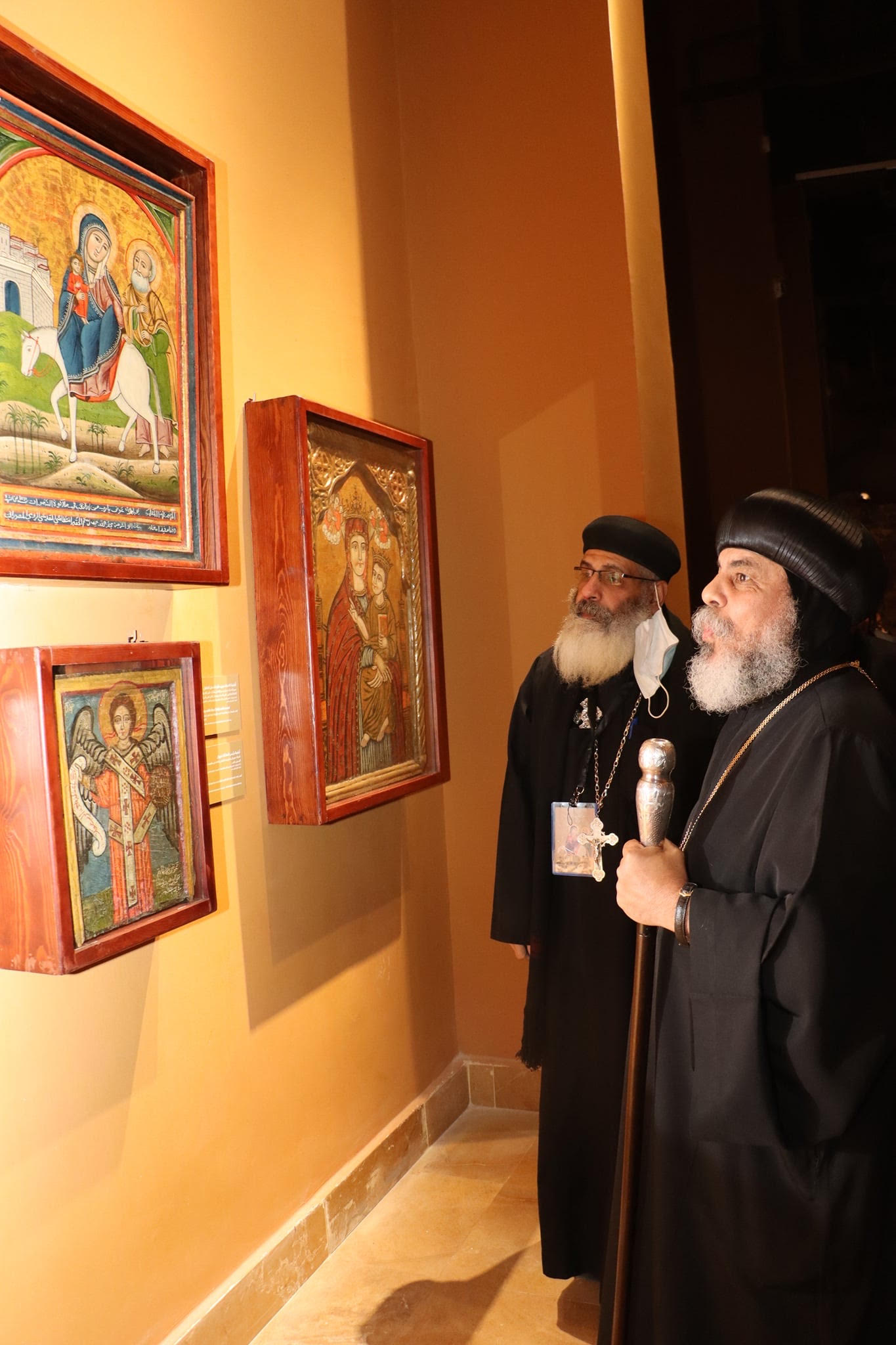 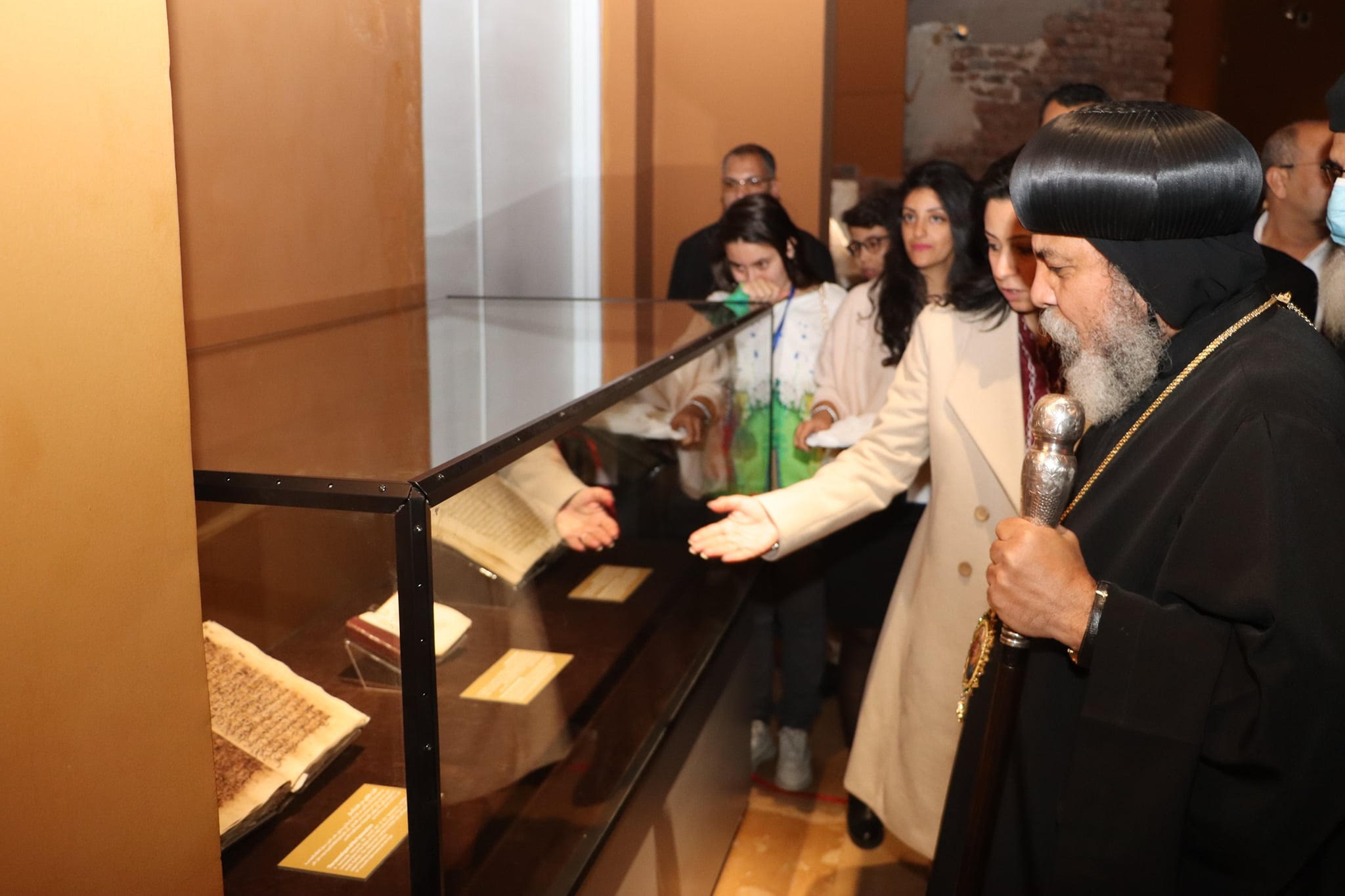 Mr Othman noted that along the six month-exhibition, the museum will organise a number of scholarly and educational lectures on the the history of Coptic art, and will hold workshops on the art of creating icons. 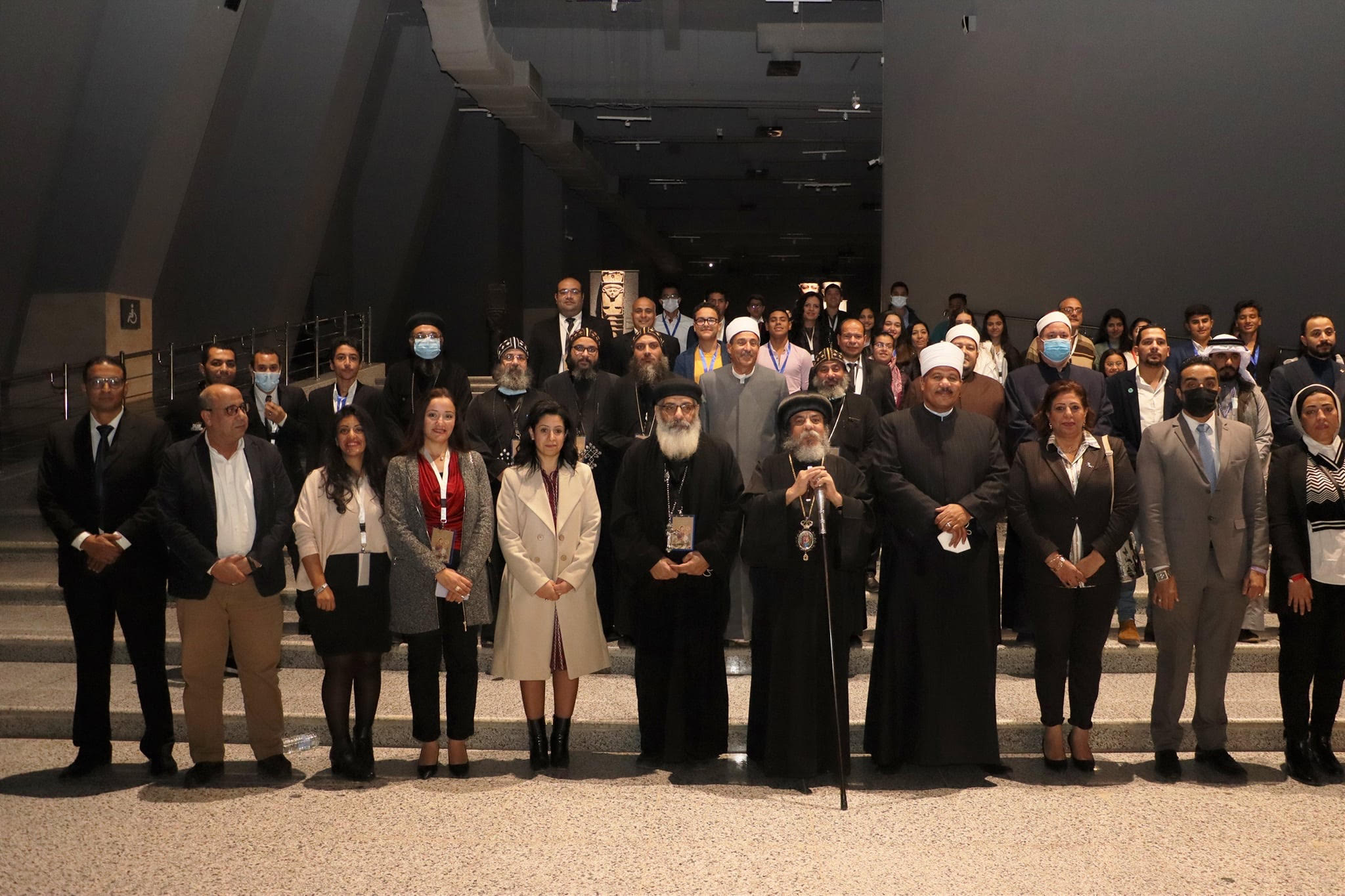 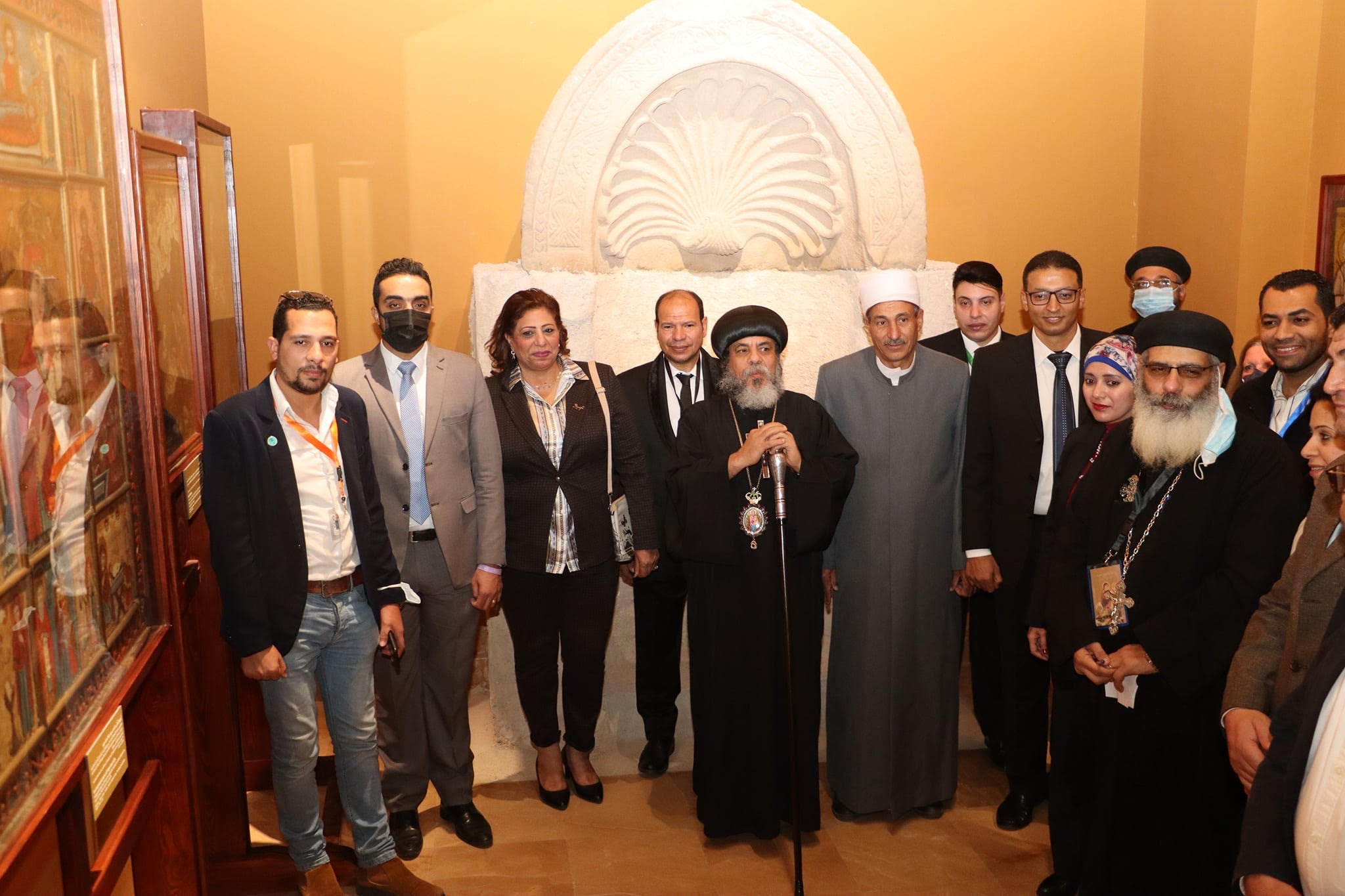 According to Miriam Edward, General Supervisor of Sharm al-Sheikh Museum, the exhibition will be held in the Byzantine corner at the museum. All the icons displayed, she said, date back to the 18th and 19th centuries.

Apart from the icons and manuscripts depicting the entry of the Holy Family into Egypt—the main topic of the exhibition—other icons on display depict the Holy Virgin holding or nursing Baby Jesus, the nativity of Jesus; the Annunciation, Archangel Gabriel, and St John the Baptist. 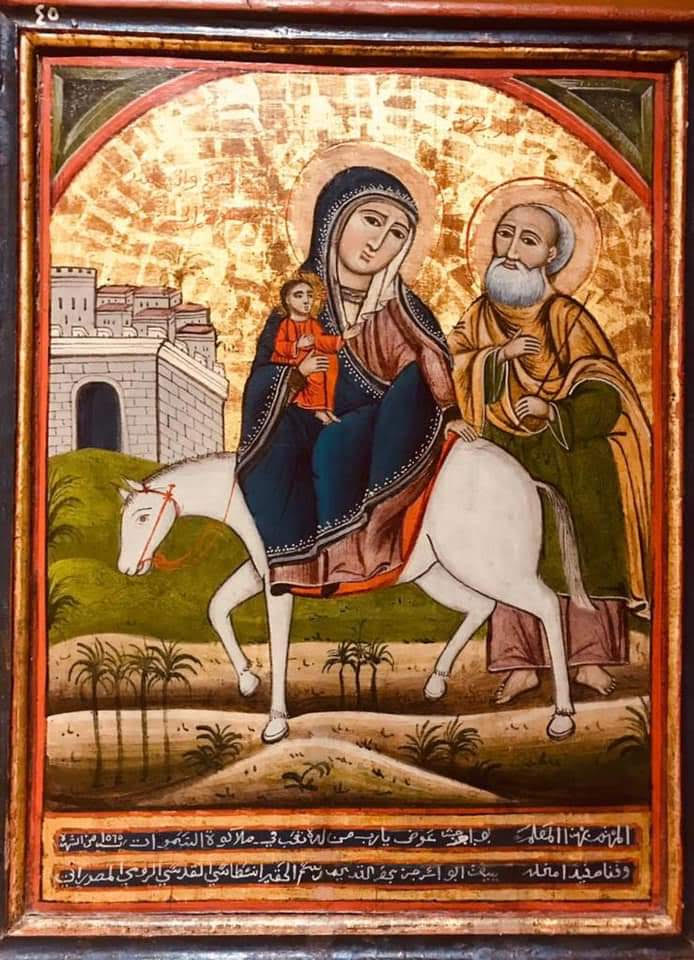 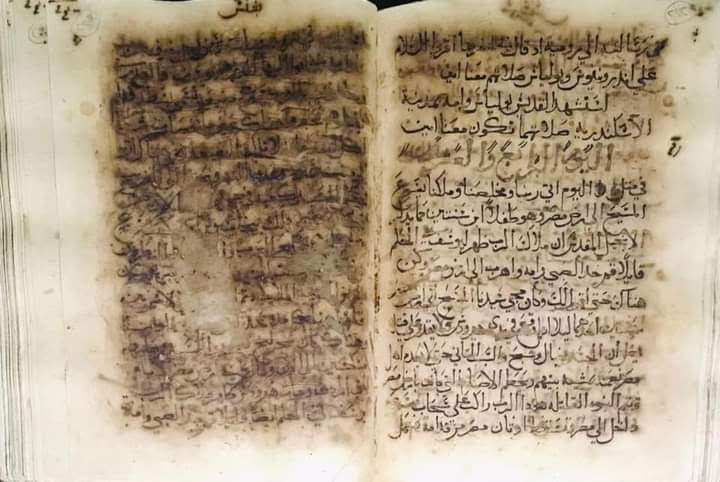 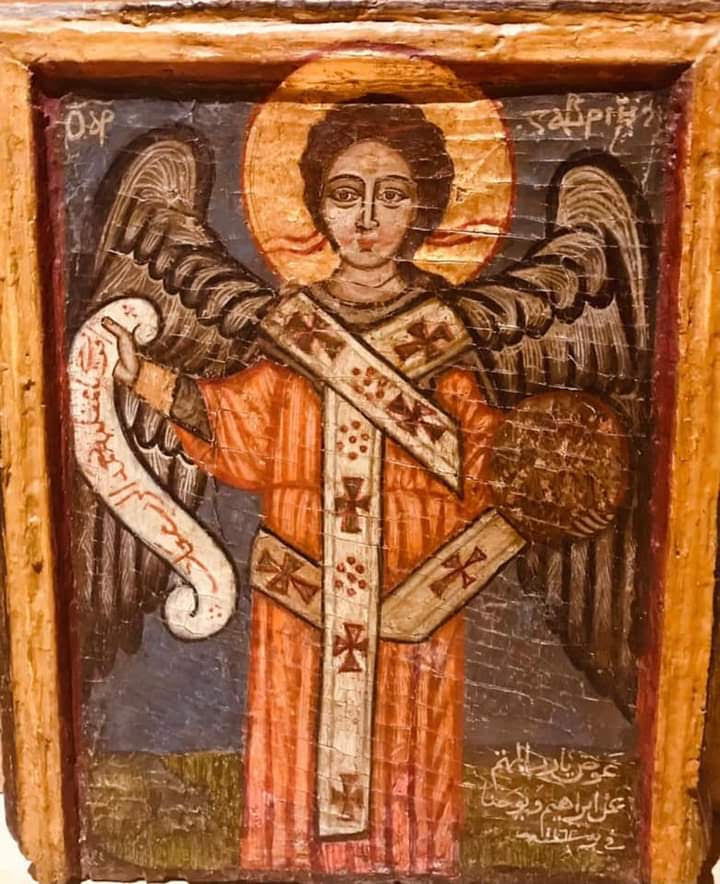 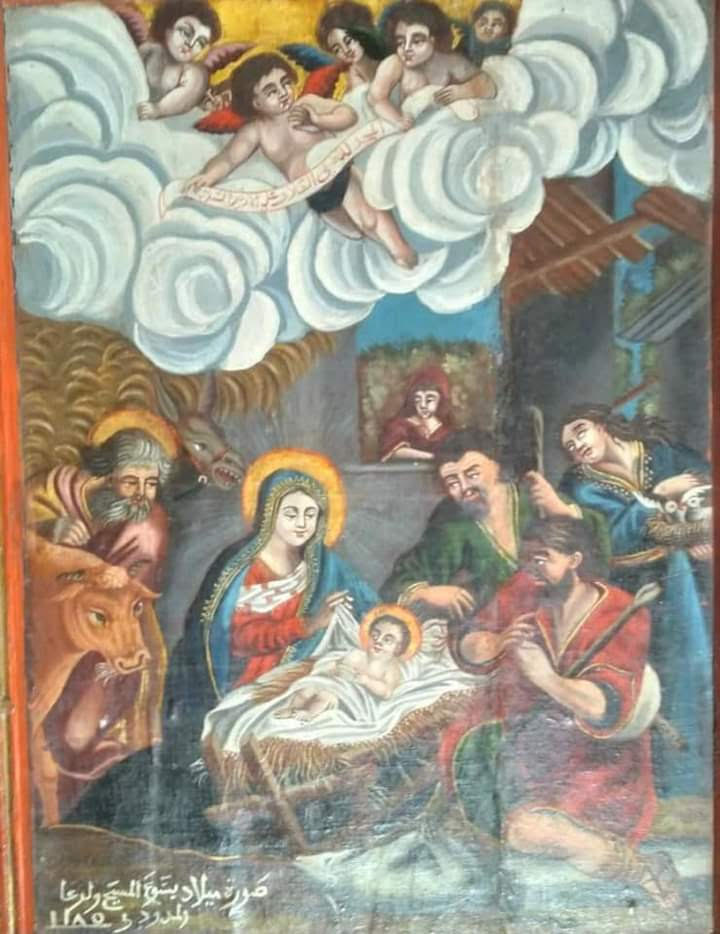 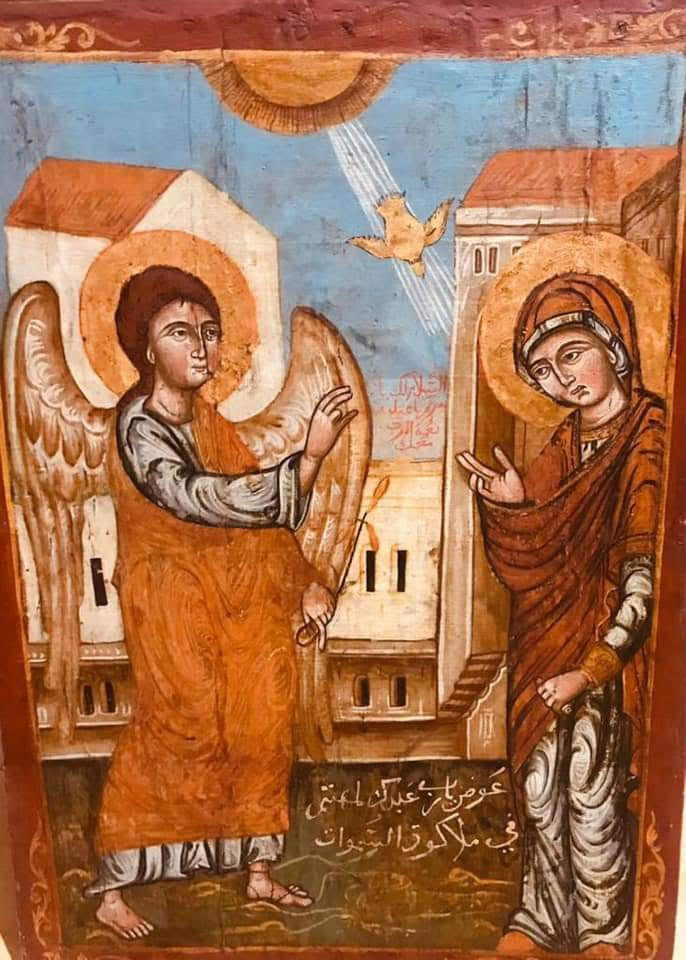 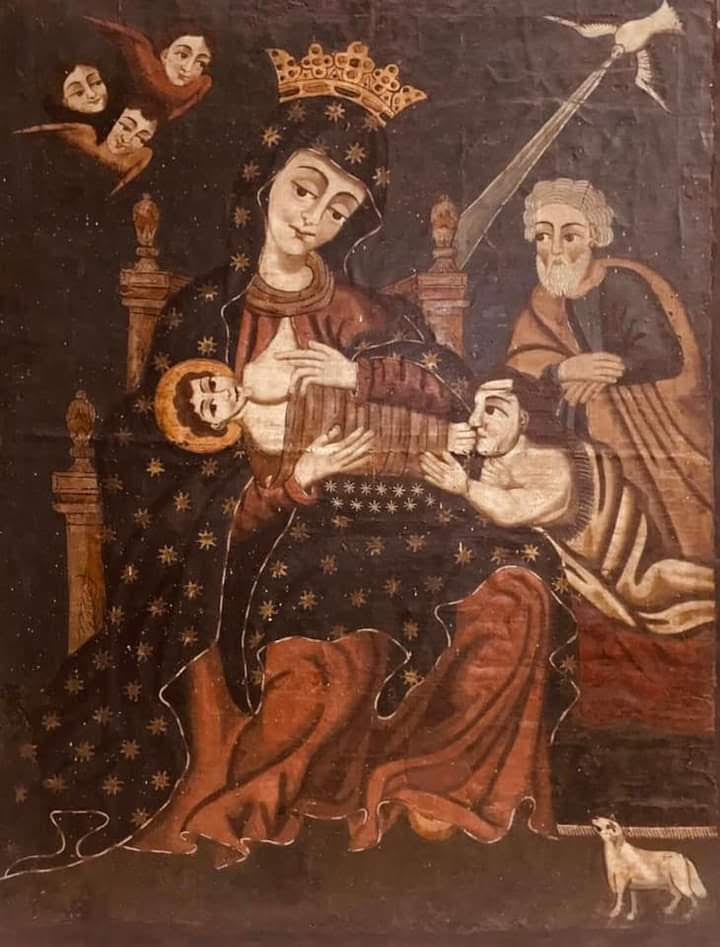