In a visit on 7 June by Tourism and Antiquities Minister Khaled al-Anany to the Grand Egyptian Museum (GEM) on the Giza Pyramids Plateau, the Minister followed up on the progress of the work to prepare the GEM for opening on time in 2022.

Dr Anany inspected the exterior and interior facades of the museum, the atrium and side stairs, the grand staircase, and the two galleries that should house the Tutankhamun collection. He expressed his happiness with the progress of the work, and thanked all who worked at GEM for their efforts towards meeting the opening deadline.

Accompanying Dr Anany on his visit were Mostafa Waziri, Secretary-General of the Supreme Council of Antiquities; General Atef Muftah, Supervisor-General of the GEM Project and the Area Surrounding It; al-Tayyeb Abbas, the Minister’s Aide for Archaeological Affairs at the GEM; and a number of senior GEM officials.

The visit revealed that 100 per cent of the work of installing the artefacts displayed in the museum’s atrium and on its grand staircase have been completed; the artefacts are currently undergoing fine restoration work. All the showcases that house the Tutankhamun collection have been installed in place, and 65 per cent of the collection has been placed in them for display. The 107 glass showcases have been imported from Germany and Italy.

Dr Anany warmly praised the work achieved, saying that the museological design and display he saw was sure to stand up to that of the most prominent museums worldwide, and make the galleries among the most beautiful in the world.

Called the ‘world’s largest museum’, the Grand Egyptian Museum was conceived in 2002 as a modern repository for Egypt’s ancient treasures, and the 72,222 sq.m building is currently under construction, overlooking Giza’s iconic pyramids. When the museum is completed in 2022 at a cost of roughly a billion dollars, it will have the capacity to display 100,000 artefacts. The Egyptian government is funding the project with USD147 million; a USD300 million-grant came from Japan, and the remainder has been funded through donations and international organisations.

The museum is envisaged as a cultural complex of activities devoted to Egyptology and will contain 24,000sq.m of permanent exhibition space, almost four football fields in size, a children’s museum, conference and education facilities, a large conservation centre and extensive gardens.

The GEM will house, among many other antiquity artefacts, the Tutankhamen collection and the Solar Boat now resting in a museum at the foot of the Great Pyramid.

The colossus of Ramses the Great was the first major artefact to enter the permanent collection area of the GEM. 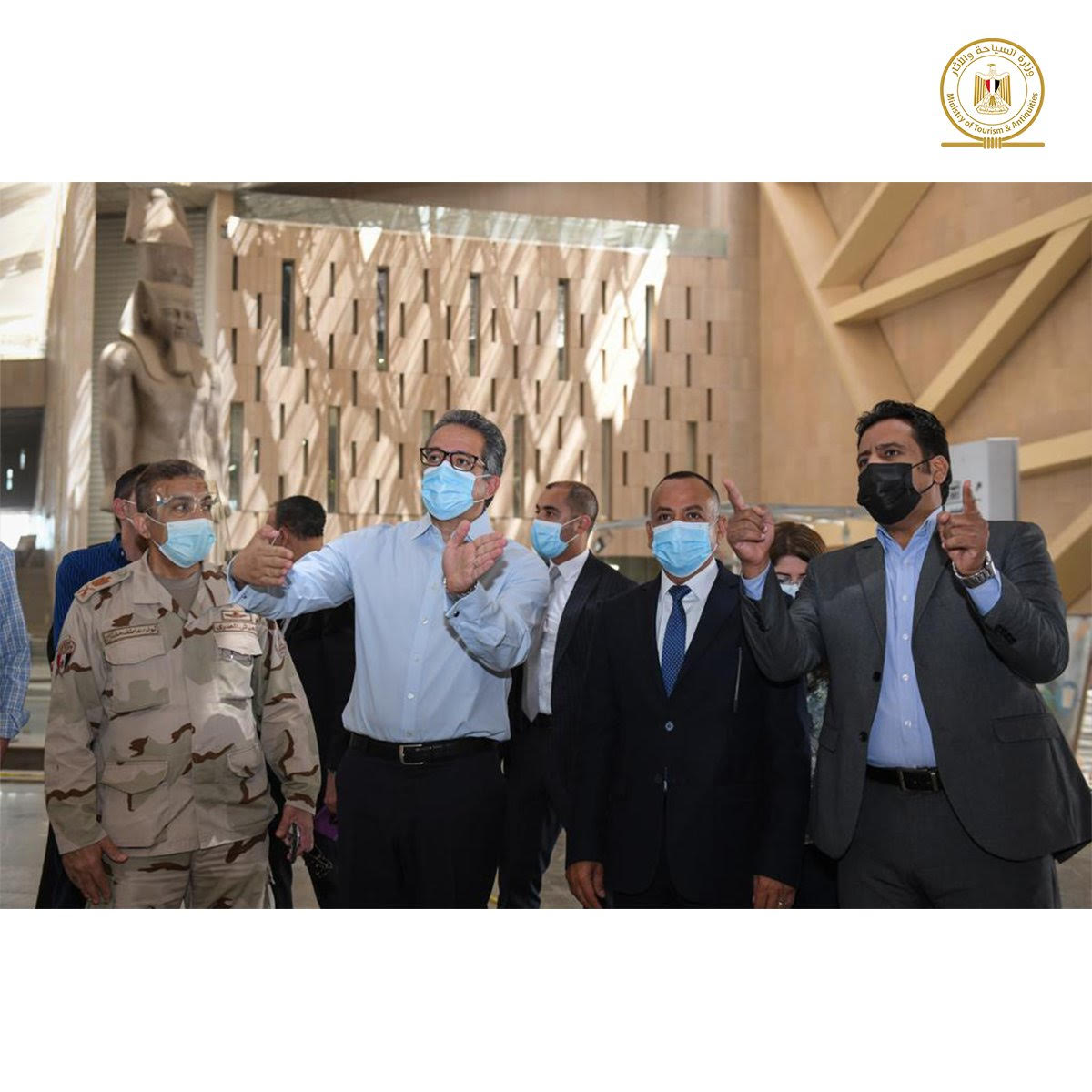 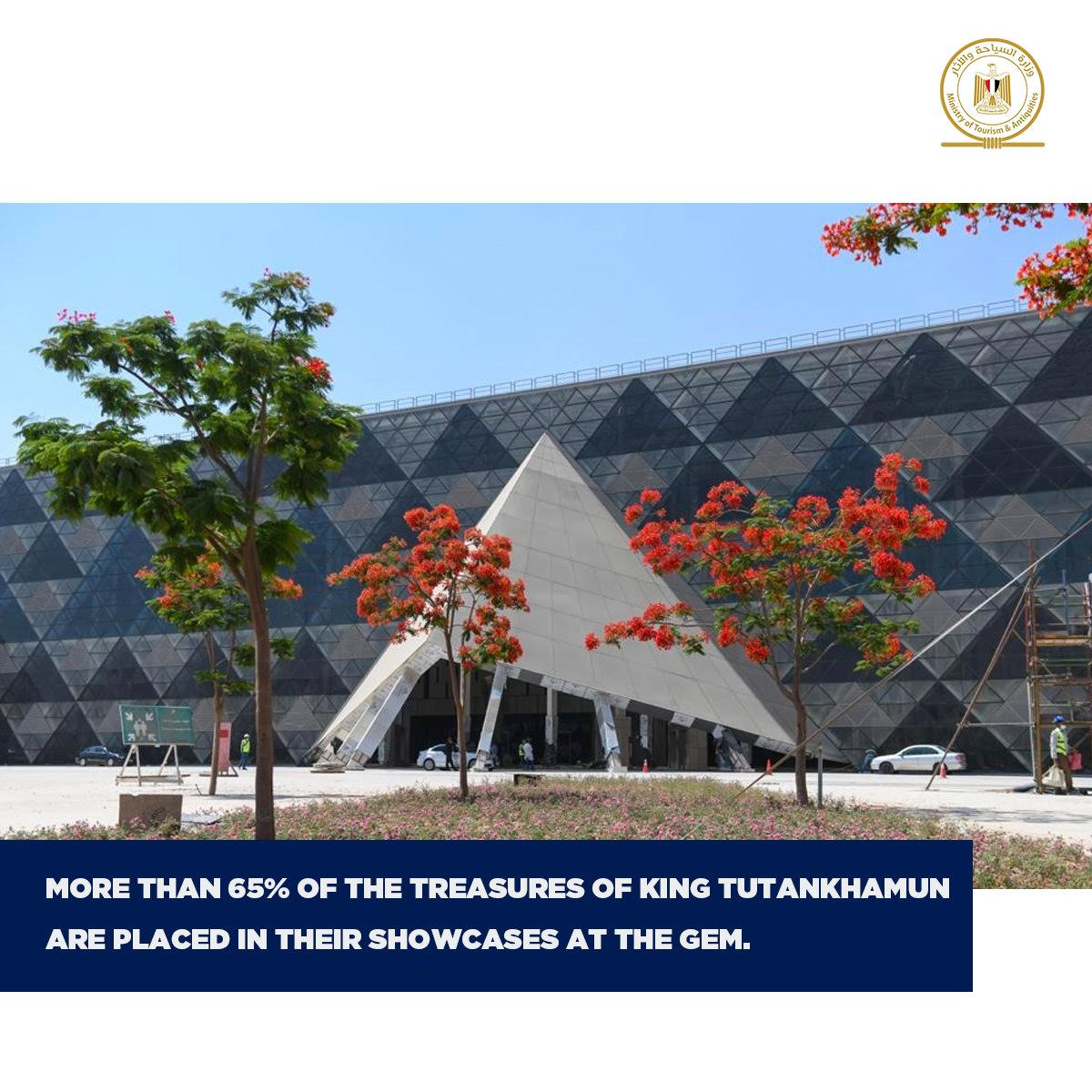 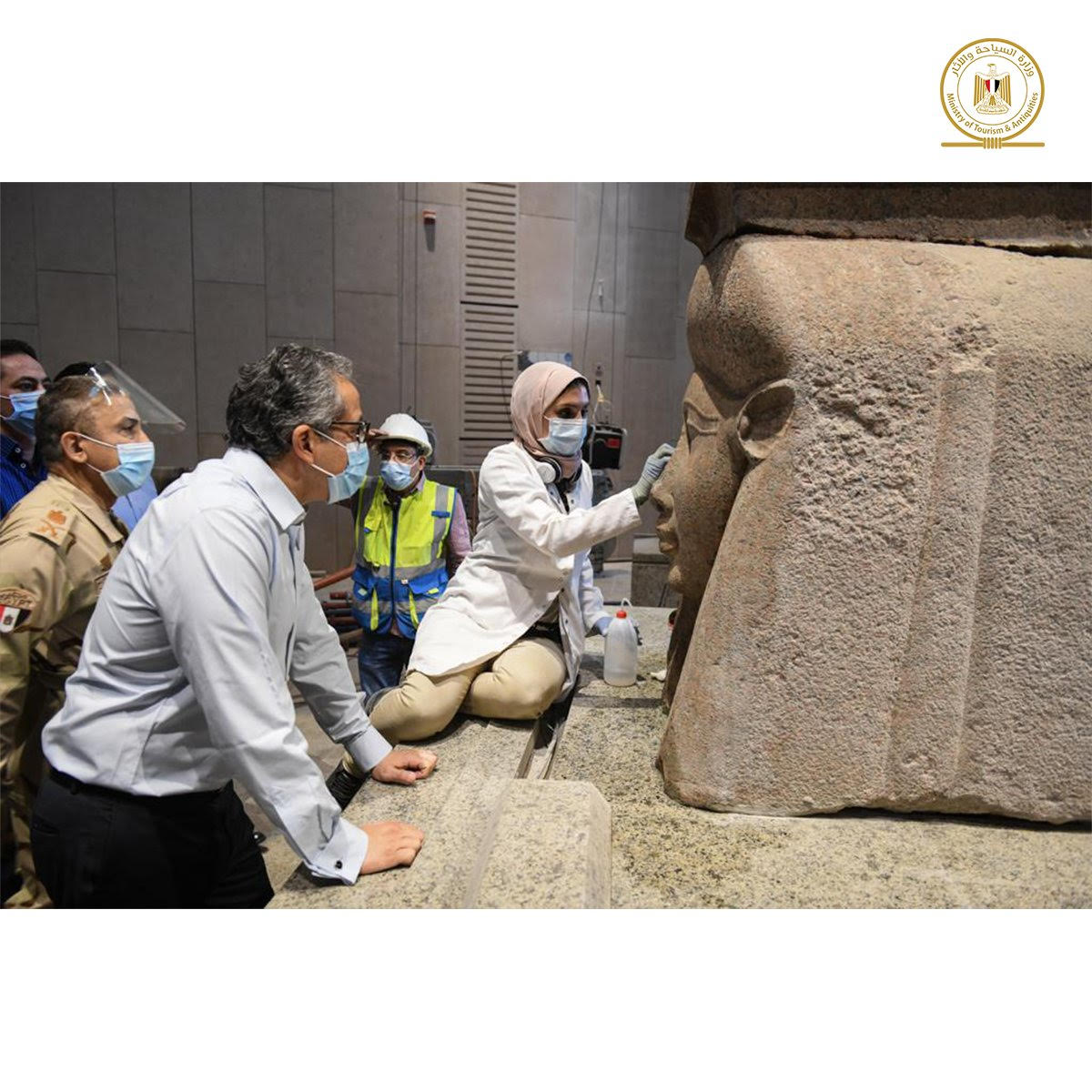