Anba Antonius, Coptic Orthodox Metropolitan of Jerusalem and Near East, led a peaceful protest in front of Deir al-Sultan (the Sultan’s monastery) against actions taken by the Ethiopian monks occupying the monastery without coordination with the Coptic Church who owns the monastery and holds historical rights to it. The protest witnessed the participation of a number of priests, monks, and members of the Coptic congregation in Jerusalem.

an assault on the monastery and a flagrant violation of the Jerusalem status quo system.

Anba Antonius told Watani, “I had been on a pastoral visit to Jordan and Kuwait which fall within my parish. I was informed by those in Jerusalem diocese that the Ethiopian monks has replaced the doors, and had thrown out the Coptic monk resident there, who had taken a photograph of the new doors. Once I returned, I insisted on entering Deir al-Sultan and on removing the new doors. The Ethiopian monks were hostile; holding sticks they attempted to stop me from entering. But a number of Copts immediately surrounded me, and we entered the monastery. I called the police, the Ministry of Religions, and the Egyptian ambassador in Tel Aviv. I did not leave till the new doors were removed and the Coptic resident monk reinstated.

Watani had written about Deir al-Sultan, the Coptic Orthodox monastery in Jerusalem, as a scene of conflict where Ethiopian guest monks attempt to usurp it.

The story of the Ethiopian monks goes back in history to 1654 when a group of them sought temporary refuge with the Coptic Church, since their premises had been moved to the custody of the Greek and Armenian Churches in Jerusalem, because the Ethiopian Church had not been able to pay taxes. The Copts accepted the Ethiopians and gave them lodgings at Deir as-Sultan from where they were never driven away but remained as guests. Even when the Coptic Church had to renovate the monastery in 1820 and thus evicted its inhabitants, the Ethiopians were again allowed in as guests when the place was rendered habitable in 1840. At the time, the Ethiopian Church was part of the Coptic Church.
The year 1850 witnessed the start of what was to become an interminable battle by the Ethiopian monks to seize the monastery. In every one of these numerous attempts, however, the Copts proved beyond doubt their claim to the monastery, and were thus empowered to it by the Jerusalem authorities. That is, until April 1970.

In April 1970 the Ethiopian guest monks took advantage of the fact that the Copts were away celebrating Mass on the Feast of the Resurrection, changed the locks to the stairs connecting the monastery to the church below, and practically occupied the monastery. This was done by approval of the Israeli government, and under protection of the Israeli military. At the time, Egypt and Israel were at war. 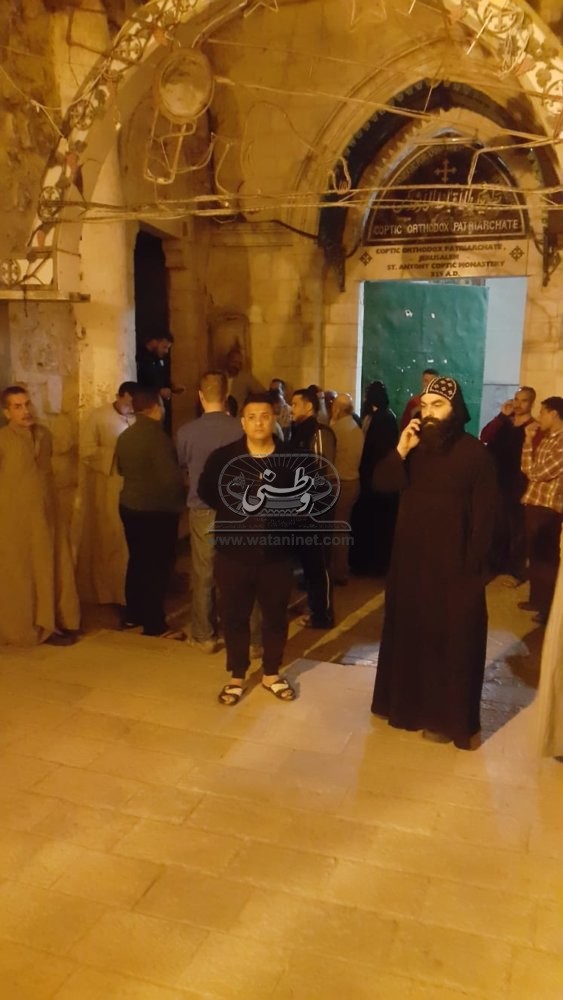 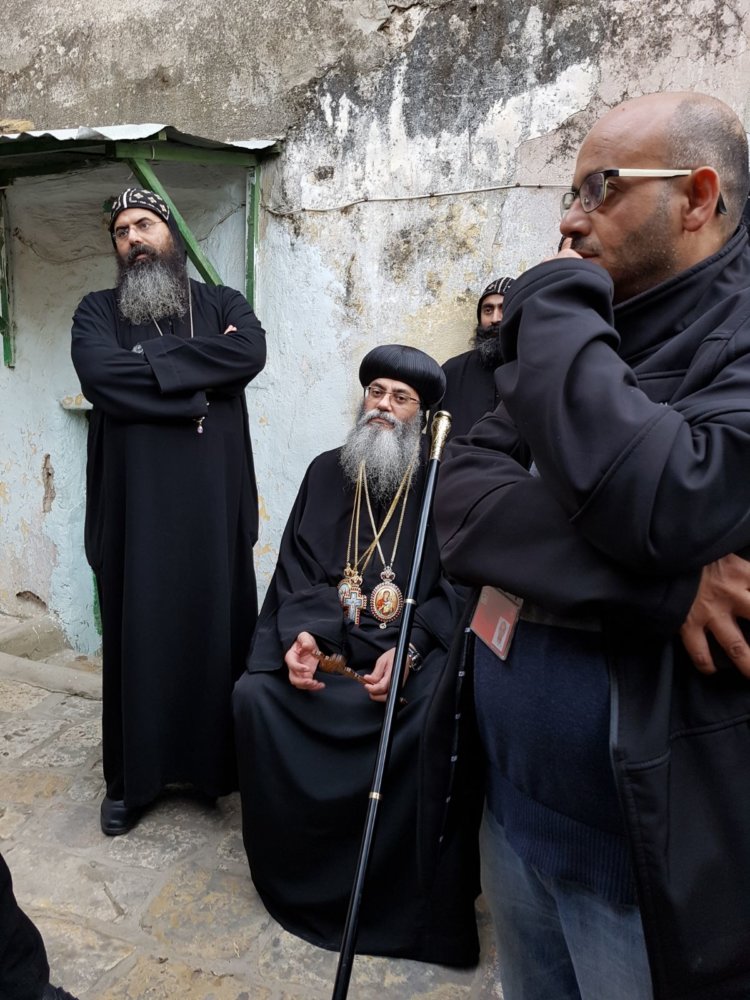