Egypt, represented by Egypt Post, has participated in the Emirates 2022 World Stamp Exhibition organised by Emirates Post Group in collaboration with the Emirates Philatelic Association, on January 19-23 in Dubai, on the sidelines of Expo 2020.

The CEO of Emirates Post Group honoured Egypt Post for its remarkable participation, presenting a certificate of appreciation to senior officials of the Egyptian National Post Organisation (ENPO).

The World Stamp Exhibition showcased exhibits by more than 174 exhibitors from 27 countries of the Middle East, Asia, Africa, Europe and America, in addition to post organisations from the Gulf Cooperation Council (GCC) countries and the Arab World, as well as philatelists and stamp and coin dealers.

Egypt Post’s participation was aimed at showcasing Egyptian stamps as the epitome of a long-established yet up-to-date Egyptian tradition. The stamps exhibited were created using state-of-the-art printing techniques and featured cutting-edge technologies such as QR Code and Augmented Reality (AR), which was featured on the stamp timeline to include information and images that can be of interest to philatelists.

Egypt Post’s pavilion saw a great turnout at the Exhibition. The pavilion featured a collection of vintage and traditional postage stamps, in addition to some of the most significant commemorative stamp sets, including those of the Pharaohs’ Golden Parade, the Opening of the Avenue of the Sphinxes in Luxor, and the World Youth Forum (WYF).

Displayed in the pavilion was also a collection of stamp albums released over the last few years, and a chart showing the timeline and history of postage stamps, from 1866 to date. 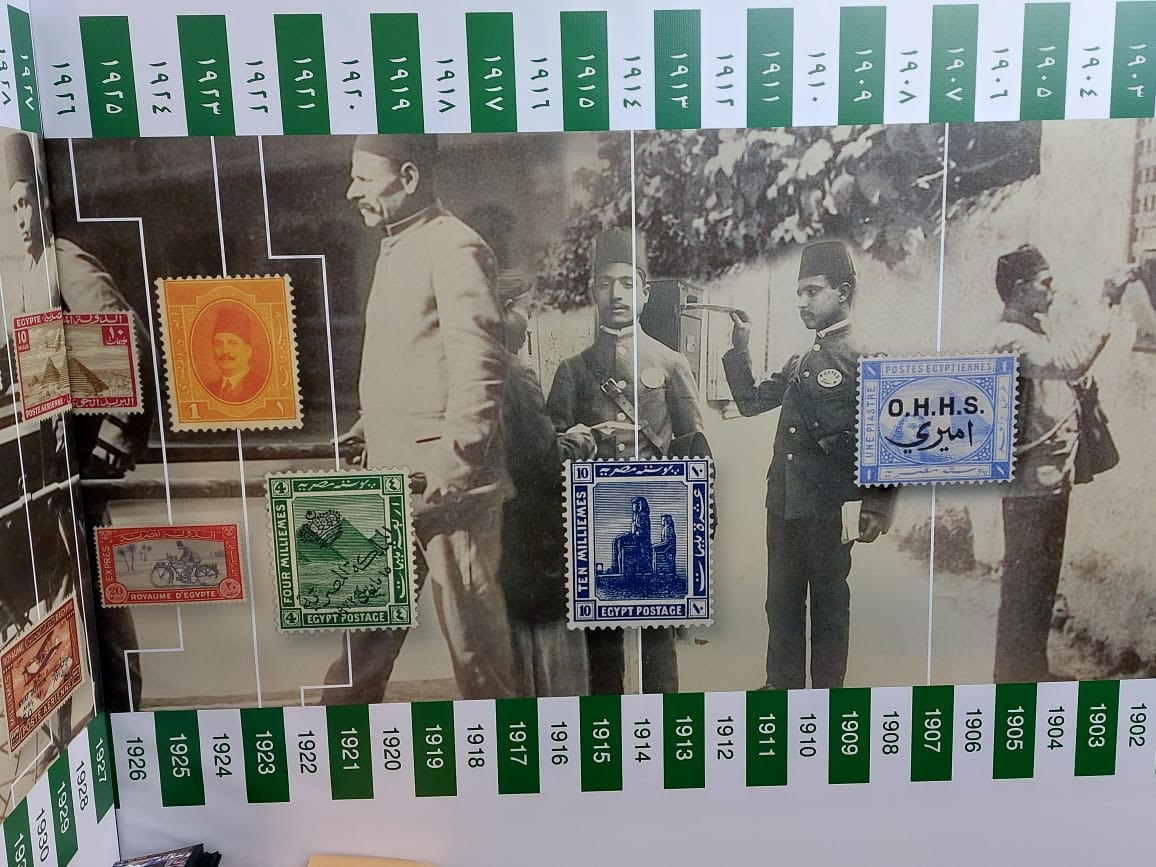