Egypt’s Ministry of Irrigation and Water Resources joined the European Union (EU) commission in Cairo to mark World Water Day on 22 March 2019. The event was held at Alfa Garden in al-Qanater al-Khairiya, the 19th-century barrage on the Nile north of Cairo. The architectural designs of the expansions and renovation of Afla Garden, was funded by the EU Water STARS project, and the implementation of renovation was covered by the budget of the Ministry of Water Resources and Irrigation.

Present at the recent event were EU Ambassador in Egypt Ivan Surkoš and Egypt’s Minister of Water Resources and Irrigation Mohamed Abdel-Ati, and Minister of Youth Ashraf Sobhy, who celebrated the occasion with a number of European and African Ambassadors, representatives of donor agencies, top governmental officials and media professionals. 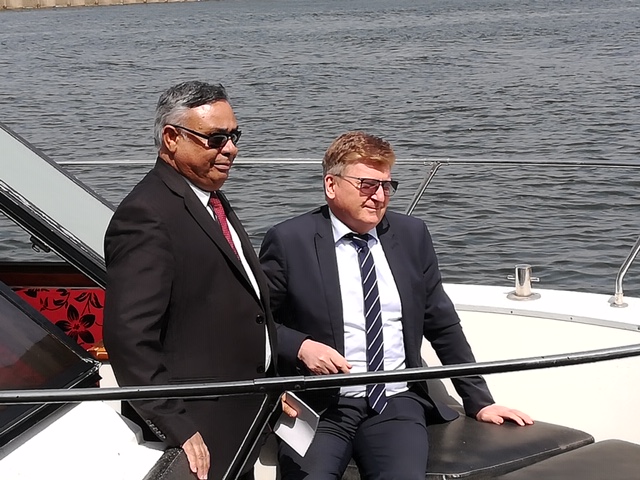 The event took off with the screening of a documentary titled “A water drop for you”, which focused on the significance of the Nile water to Egypt, and the importance of raising awareness on conserving it. It also featured a children’s choir that sang a number of songs extolling water and promoting its conservation.

Ambassador Surkoš opened his speech with the famous quote by the Greek historian Herodotus: “Egypt is the gift of the Nile”, adding that the Nile was Egypt’s lifeline.

He announced that the European Union would be launching a multi-annual flagship programme # EU4WATER in Egypt with a total indicative budget of up to EUR 120 million in grants. This EU-funded programme aims to support Egypt’s stability through enhancing water security and sustainable management. “We hope to sign the programme Financing Agreement during summer and to start implementation before the end of the year”, Surkoš said. 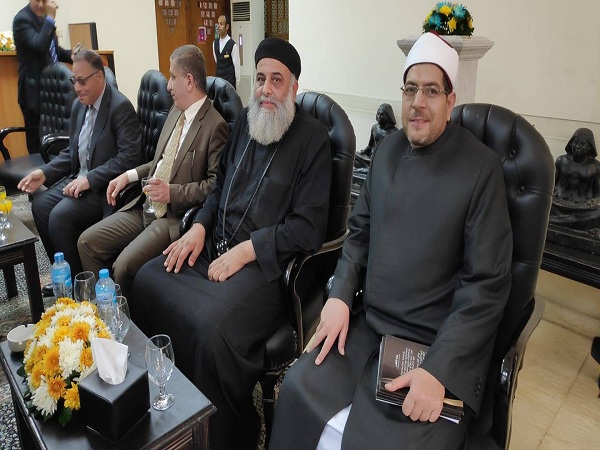 Egypt faces challenges of water scarcity, which require rapid action to rationalise consumption, develop modern irrigation systems and diminish losses. Ambassador Surkoš reiterated that the EU has been one of the first supporters of Egypt in this regard; having contributed EUR 450 million to establish projects in the field of water during the last ten years. Surkoš added that these grants leveraged funds from European financial institutions that amount to EUR 2.5 billion in this sector.

The cooperation between the EU and Egypt in the water sector includes programmes covering 12 Egyptian governorates. These programmes will improve the lives of 15 million Egyptians, targeting the less fortunate and most in need. “The EU is committed to support sustainable water management in Egypt through continuing development projects as well as the expansion of policy dialogue with decision makers,” he reiterated.

Ambassador Surkoš said he was looking forward to a strong partnership between the EU, Egypt and the African Union, with Egypt as the main gateway since it has assumed the presidency of the AU.

“We have to work hard together—with development partners, government and users—in order to preserve water and to combat the global challenge of water scarcity,” Dr Abdel-Ati said. He explained that cooperation with the Nile Basin countries to maximise the utilisation of the Nile’s water is one of the most important axes of external cooperation.

“Egypt has adopted a four-way strategy to mitigate the water scarcity that resulted from climate change and increased consumption,” he added, “Egypt’s 2050 strategy aims at improving water quality, developing water resources, rationalising consumption and creating a good environment to implement this strategy through non-traditional resources, such as desalination of seawater and utilisation of flood waters.”

Dr Abdel-Ati presented the strategy of the ministry till 2050 and its various phases to manage the different changes affecting the water sector and accordingly enhance the Egyptian water security, meet the requirements of all economic sectors and achieve the objectives of sustainable development in accordance with the Egypt’s 2030 vision. 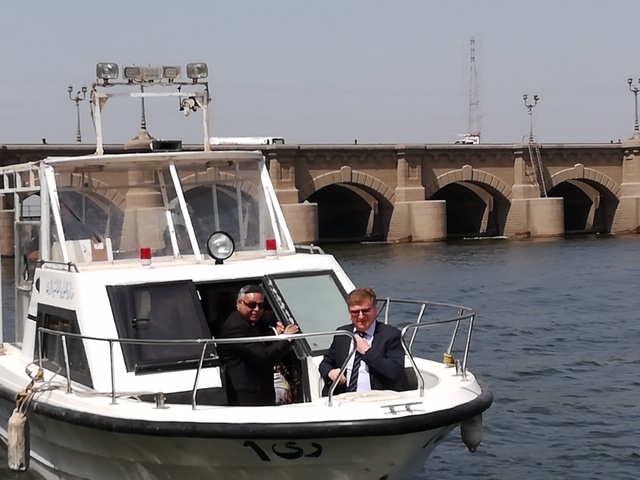 The Water Resources Minister praised the efforts and best practices of Egyptian farmers who adopted modern irrigation techniques such as drip and spray irrigation to conserve water, which reflects their commitment to preserve water and protect it from pollution.

Dr Abdel-Ati and Ambassador Surkoš handed special awards to a group of female farmers who are board members of water user associations from different governorates on the occasion of the International Women’s Day, in recognition of their effective role in contributing to enhancing water resources management and protecting against pollution. 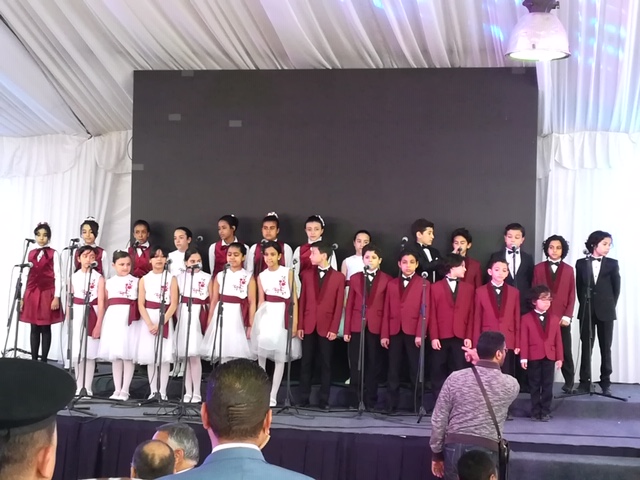 In his speech, Dr Sobhy praised the steady collaboration between the Ministry of Irrigation and other State apparatuses. He stressed the keenness Egypt’s young people, whom he termed “the backbone of Egypt”, to collaborate with the Ministry of Irrigation and the Ministry of Environment to preserve water for the sake of present and future generations. Noteworthy is that Environment Minister Yasmine Fouad has launched the “Children of the Nile” initiative for young men and women to join efforts in protecting the Nile from pollution.

Participating in the event were representatives of the Awqaf (Islamic religious endowments) Ministry and the Coptic Church. They all stressed that it was important to conserve water which they described as a blessing. 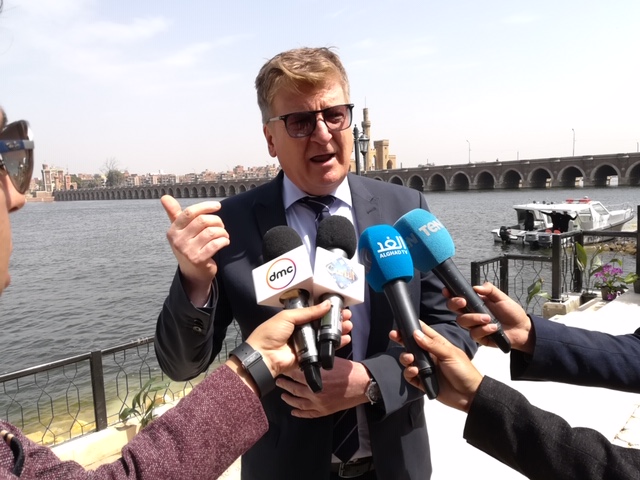 Fr Boulos Gamil said the Church holds a time honoured tradition of valuing water; the Coptic liturgy, he said, includes special prayers for the Nile water. He said that Pope Tawadros II has signed the 2015 document on protecting the Nile water, and that the Church exerts efforts to raise awareness among the congregation on rationalising water consumption. It also offers courses, especially for women, in household plumbing and water conservation.

The Water Resources Ministry, for its part, has been actively pursuing efforts to educate religious leaders such as priests and mosque imams on the conservation of water, seeing that they are effective awareness formers in the community. 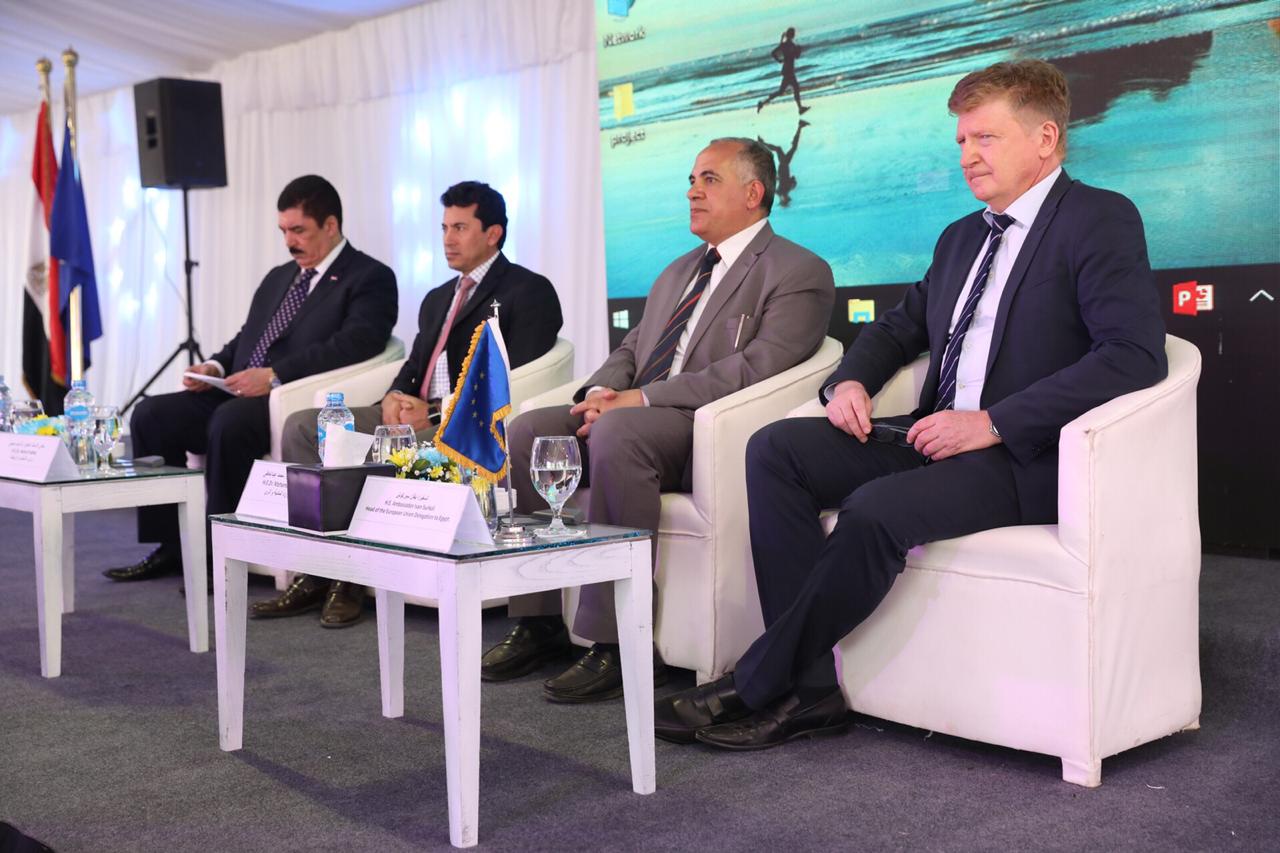 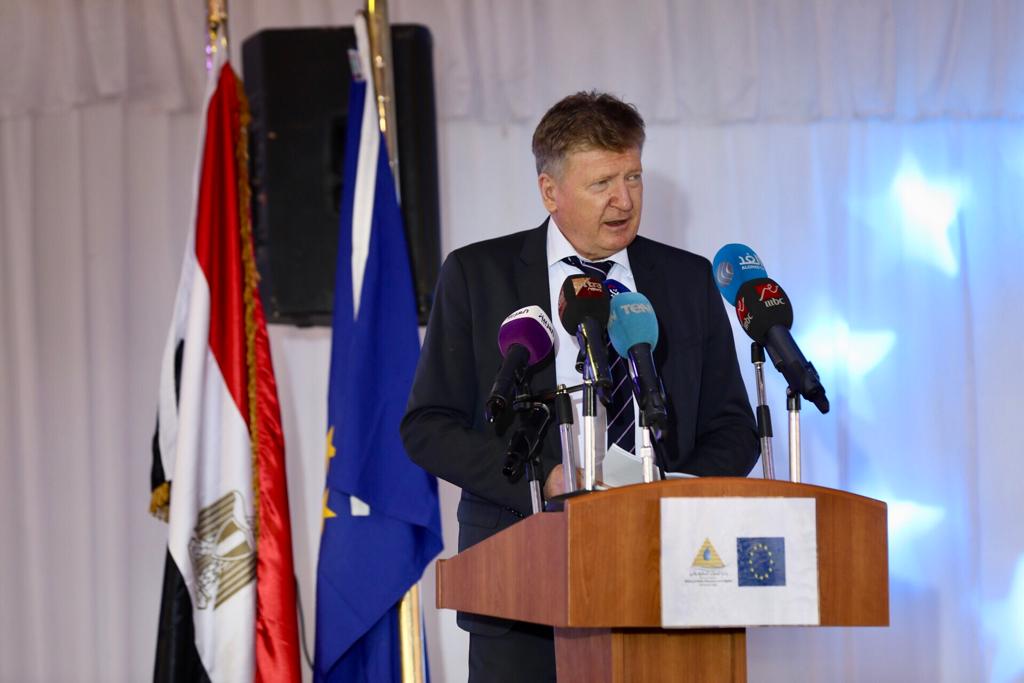 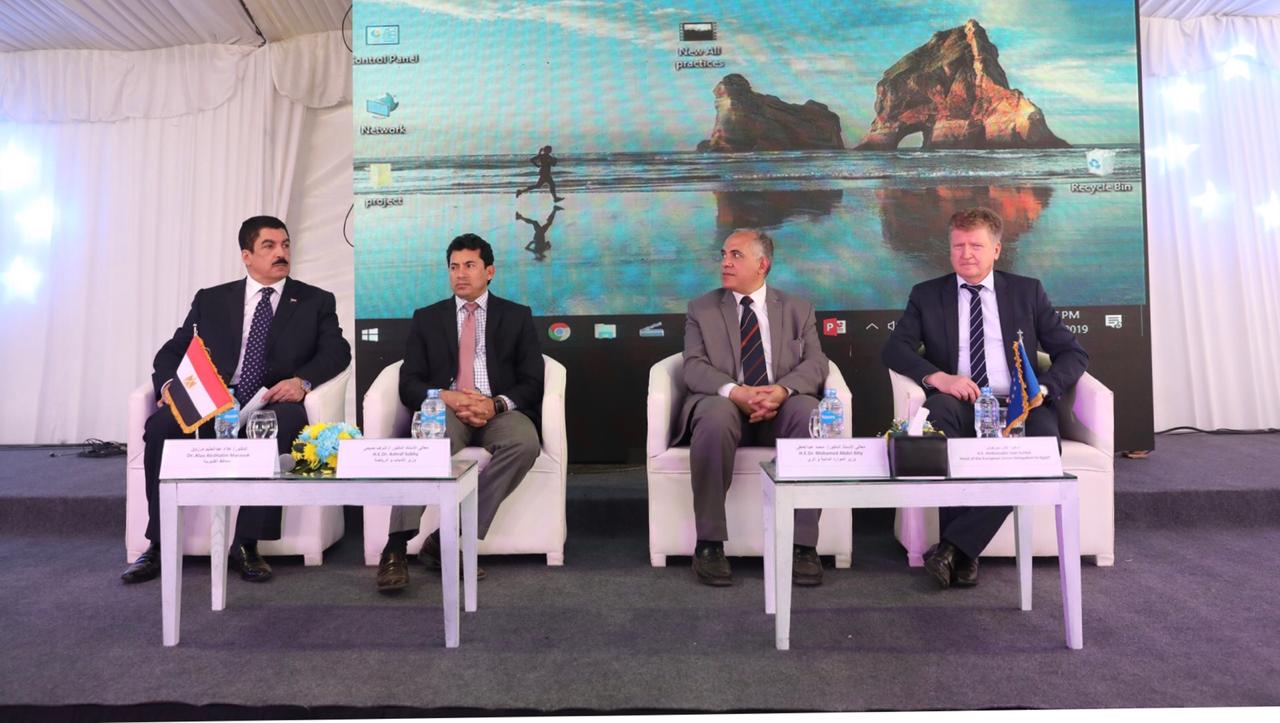 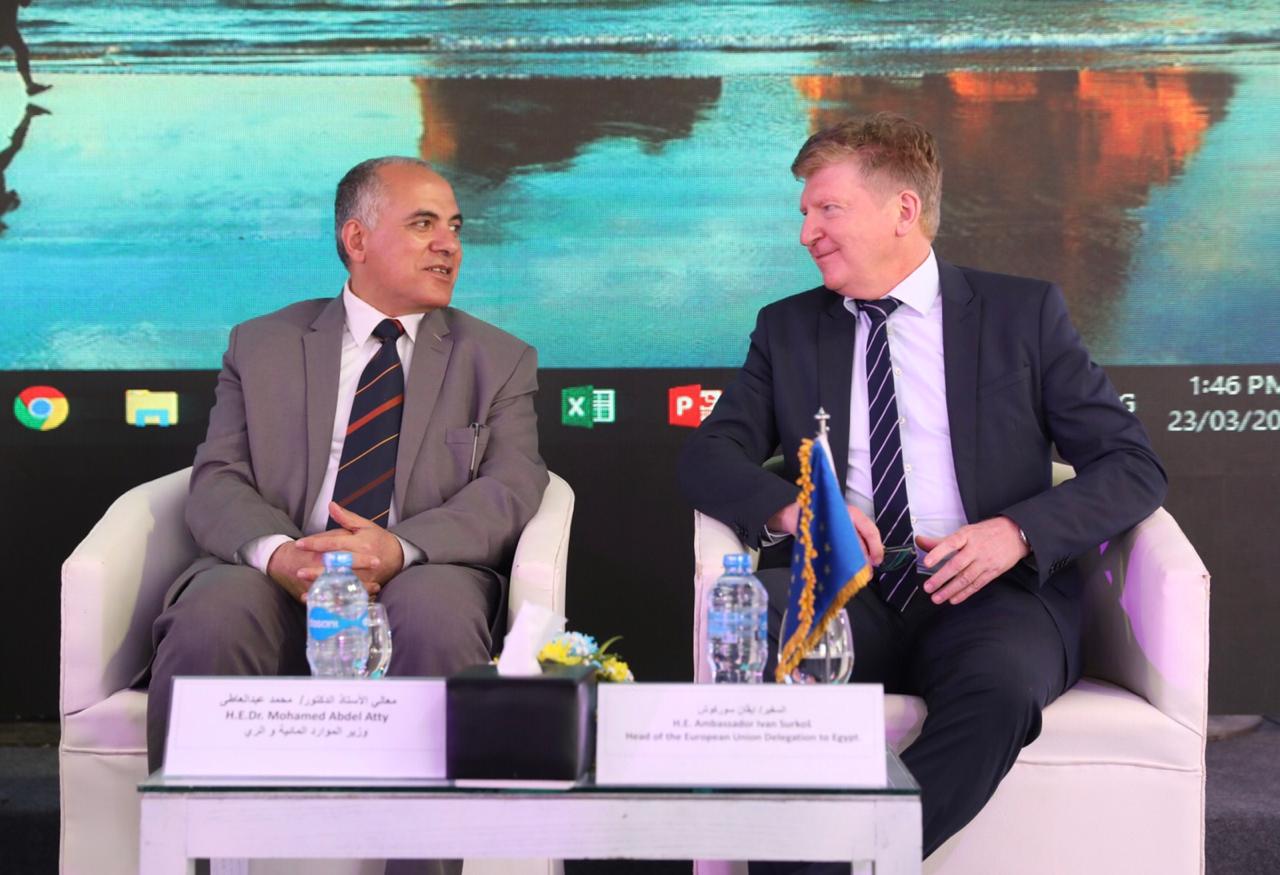 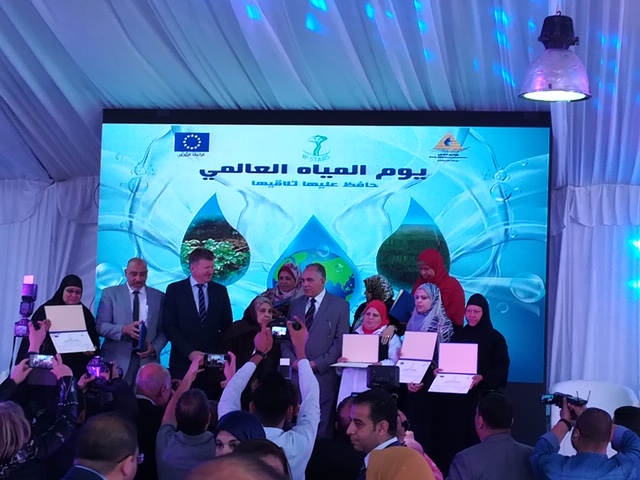