Leaders and partners joined an event on the evening of 28 November organised by Egypt’s National Council for Women in partnership with UN Women Egypt, the European Union Delegation to Egypt and the Embassy of the Kingdom of Netherlands in Egypt, to commemorate the 16 Days of Activism against Gender-Based Violence under the global theme “Orange the World: End Violence against Women Now”.

The event took place with the backdrop of the National Museum of Egyptian Civilisation lit up in orange to symbolise a brighter future free from violence for women and girls, in presence of the United Nations Under-Secretary-General and UN Women Executive Director Ms Sima Bahous, on her first official visit since assuming her role earlier this year.

UN Women Egypt partners with the Government of Egypt in the provision of services to women who have experienced gender-based violence. These partnerships – including with the Women’s Complaints Office of the National Council for Women and with the women’s shelters under the Ministry of Social Solidary – are made possible through the support of the Kingdom of the Netherlands and the European Union.

In his speech, Maged Othman, Member of the National Council for Women (NCW) and Director of the Egyptian Center for Public Opinion Research (Baseera), conveyed the greetings of Maya Morsy, President of NCW, thanking the guests for their participation in this important event.

A recorded speech by Dr Morsy was presented as part of the ceremony, in which she stated: “ On the 16 Days of Activism to combat violence against women and girls, I am urging every Egyptian girl and woman to be aware of her rights and claim them and to know well that she is living a golden era in a country (Egypt) whose President declared that he is a Minister for Women, and that it is not possible to promote and fully protect human rights without protecting women’s rights and empowering them.”

In her keynote speech, the UN Women Executive Director spoke to the global challenges which the 16 Days of Activism seek to address: ““We must not turn our backs on the millions of women and girls whose lives have been forever compromised by gender-based violence. Everyone has a role to play in this. I ask you to join UN Women globally in calling for an end to impunity and an end to the broader global culture that still does not take gender-based violence seriously enough.”

The high-level event included keynote speeches by Rania al-Mashat, Minister of International Cooperation of Egypt; Christian Berger, Head of the European Union Delegation to the Arab Republic of Egypt; Han-Maurits Schaapveld, Ambassador of the Kingdom of the Netherlands to Egypt; and Elena Panova, UN Resident Coordinator in Egypt.

On the occasion of the 16 days of activism, Ms Panova said, “Violence against women and girls has devastating immediate and long-term consequences that threatens the achievements of the entire development efforts especially after COVID-19 crisis. Ending it requires that everyone works jointly and mobilizing efforts to confront and address this problem. It cannot be achieved by government alone, by civil society alone, or by international development partners alone. It is our shared responsibility, and we all have a role to play.” 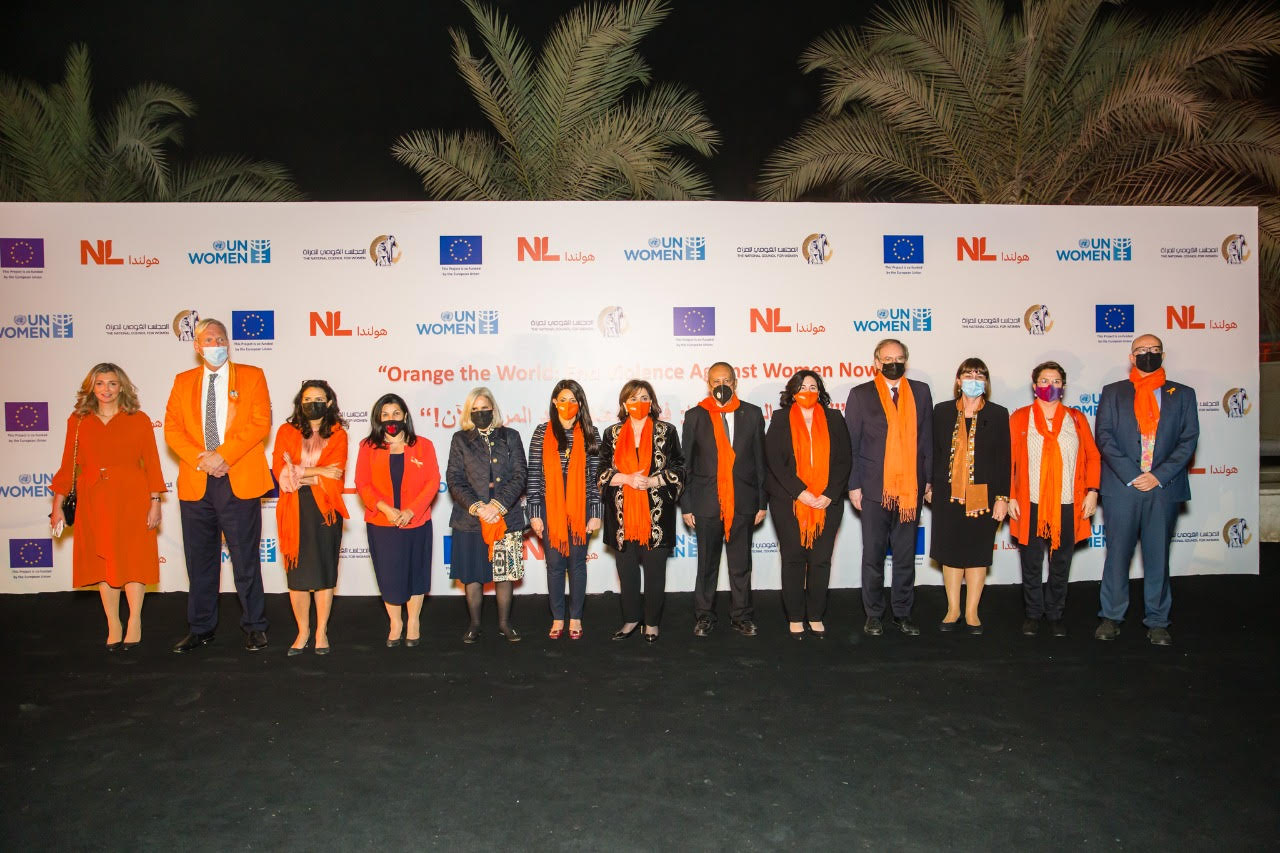 She added, “the UN Country team in Egypt defends the rights of women and girls to enjoy equal rights in living free of violence and reaching their full potential through a strategic and coordinated approach within the country. We reaffirm our commitment to continue working together with Government of Egypt and the community to address the root causes of violence against women and girls in a comprehensive and effective manner.”

Ms Mashat said that “Globally, there is a growing momentum to combat gender-based violence against women and we need to realize that it cannot be sidelined any longer. Governments from all regions of the world have made the achievement of gender equality and combatting violence against women, a high priority of the Sustainable Development Goals (SDGs), but ambitious financing and investments will be needed to turn these political aspirations into a reality. Such investments are smart investments, as global studies suggest that every dollar invested in women and girls generates a significant return.

“The European Union in Egypt is proud that through our strong partnership with the national authorities, the UN, and the civil society organizations, women and girls are being empowered and protected from Gender-Based Violence,” said Mr Berger.

For his part, Mr Schaapveld said: “The issue of violence against women is extremely complex and it is plaguing all countries. However there are always opportunities for intervention. As the Dutch embassy in Egypt, we are convinced that eliminating violence against girls and women opens the door for more Egyptian women and girls to succeed and develop themselves. This contributes greatly to the Egyptian society as a whole. Hence, we are launching the 21 of 21 campaign on our social media platforms to celebrate together the achievements of 21 influential Egyptian women in different fields in 2021.” 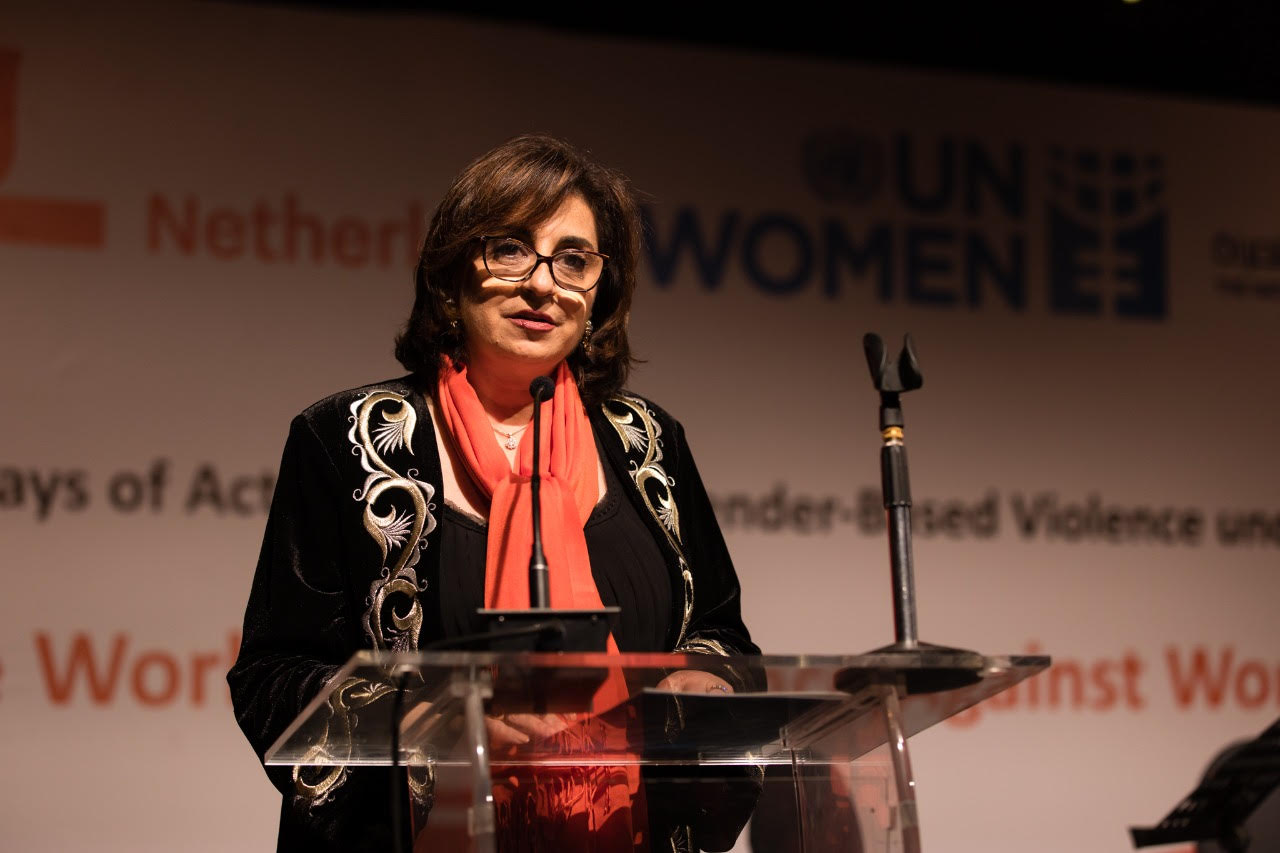 The 16 Days of Activism is an international campaign that commences every year on the 25th of November, the International Day for the Elimination of Violence against Women and runs until International Human Rights Day on 10 December.

In partnership with the Government of Egypt, lighting the National Museum of Egyptian Civilisation in orange falls within the UN Secretary General’s UNiTE campaign. During the 16 Days of Activism, around the World iconic buildings and monuments are lit up in orange and a number of activities are organized, as a call for global action to increase awareness and galvanize advocacy efforts while sending a message to the whole world that violence against women and girls is unacceptable. 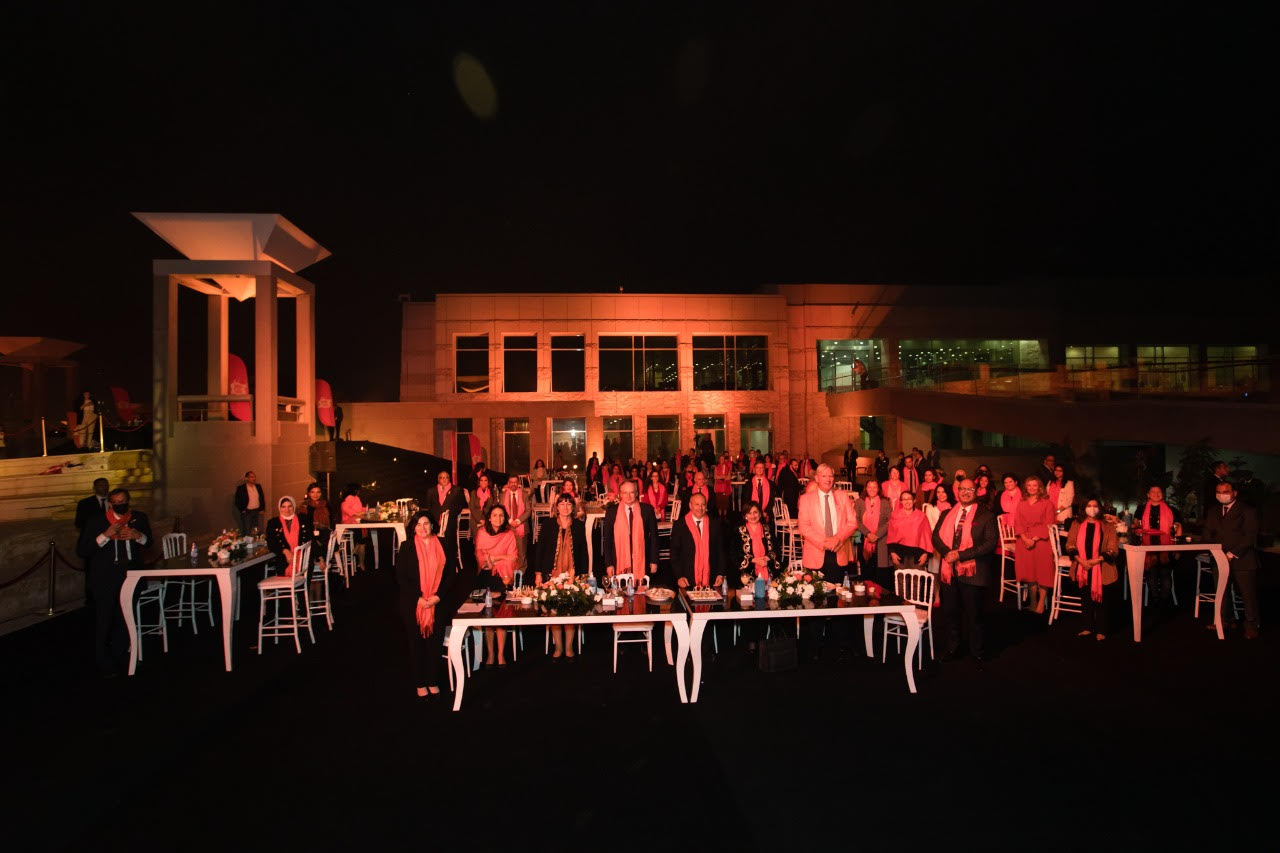