The death sentence handed in November 2017

to 19-year-old Ahmad Saeed Ibrahim al-Sonbati for premeditated murder of a Coptic priest is now final. Sonbati’s lawyer contested the sentence before the Court of Cassation, Egypt’s highest court, but the court rejected the contest on 12 November, thereby making the death sentence final.

The 2017 death sentenced was in February 2018 approved by Egypt’s Mufti; approval by the Mufti, the high-ranking Muslim cleric in charge of issuing Islamic legal opinion, is mandatory for a death sentence to become final. There was, however, the chance that if the case was taken to the Court of Cassation, the court might order a retrial. But a retrial has now been rejected by the court. 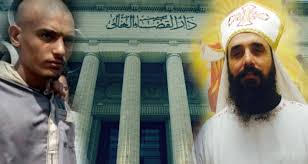 Sonbati’s was handed the death sentence for murdering Father Samaan Shehata, a 45-year-old Coptic Orthodox priest who was pastor of the church of Yulius al-Aqfahsi in the village of Ezbet Girgis in al-Fashn, Beni Sweif, some 100km south Cairo. The murder took place in October 2017 in the satellite town of Medinat al-Salam east of Cairo. [https://en.wataninet.com/coptic-affairs-coptic-affairs/sectarian/coptic-priest-martyred-by-muslim-extremist/21613/].

Sonbati, a technician, was charged with the premeditated murder of Fr Samaan, whom he said he did not personally know. He said he had decided to kill any Coptic priest, purchased a dagger, and lay in wait for one to pass by in a street leading to the local church. When Fr Samaan passed by—he was, incidentally, not going to the church but to a nearby warehouse whose owners had pledged donations for the poor in Fr Samaan’s village—Sonbati rushed at him, chasing him and repeatedly stabbing him till he breathed his last.

Investigations revealed that Sonbati did not suffer any mental disorder and that he was fully conscious when he murdered the priest. In a few past cases, Muslim killers of Copts were pronounced mentally deranged, and were thus not convicted. Copts had been wary that Sonbati might have been declared mentally unbalanced and would have got away with his murder.