During the Cairo Water Week (CWW) recently held in Cairo for the third successive year, EU ambassador to Egypt, Christian Berger, said that Egypt was a strategic partner to the EU, as clearly demonstrated by the CWW 2020 activities.

The CWW is an annual international event organised jointly by the European Union (EU) and Egypt’s Ministry of Water Resources, alongside other national, regional and international partners. This year it was held during the third week of October in the Egyptian capital for the third year in a row, under the theme “Water Security for Peace and Development in Arid Regions – The Road to Dakar 2021”.

Mr Berger shed light on areas of cooperation between the European body and Egypt especially in water desalination purification fields, noting that it has invested in Egypt up to 500 million euros, or some 3 billion euros if the loans provided by the union are added.

The European ambassador said Egypt has the potential to be an important regional hub in transferring knowledge in fields of irrigation, water and how to make water a sustainable resource.

Since 2007, the EU-Egyptian cooperation in the water sector has stretches over a wide portfolio of programmes covering 14 Egyptian Governorates.

As in other years, a number of EU-supported activities accompanied the CWW with the aim of raising awareness about water conservation and fostering innovative approaches to address the most pressing water challenges. Activities included a workshop on the EU-Egypt Irrigation Modernisation Study and Sustainable Finance, the second edition of the EU – Union for the Mediterranean (UfM) – Egypt Water Governance and Business Forum, and the annual workshop of the EU Water Sector Technical Assistance and Reforms Support (EU Water STARS).

“Cairo Water Week is an important platform that supports Egypt’s position as a regional hub for integrated water management and knowledge sharing. It was a pleasure to participate in the high level policy dialogue conducted with the Egyptian authorities, the Union for Mediterranean and other stakeholders during the 2nd EU-UfM-Egypt Water Governance and Business Forum,” Mr Berger said.

In a press conference, Mr Berger asserted the EU’s desire for a successful outcome from the negotiations ongoing between Egypt, Ethiopia, and Sudan on the Grand Ethiopian Renaissance Dam. The dam has been built by Ethiopia starting 2011 on one of the main tributaries of the River Nile to generate hydropower. However, it stands to threaten Egypt’s quota of Nile waters; posing an existential threat to Egypt whose major source of water is the River Nile. Negotiations have been ongoing since 2013 to reach an a legally binding agreement on the filling and operation of the dam and settling disputes. But no agreement has to date been reached owing to Ethiopian intransigence.

The recent round of talks is mediated by the African Union (AU), and observed by the US, the EU, the AU and the AU Commission.

“We as the European Union will continue to observe the talks,” Mr Berger noted. 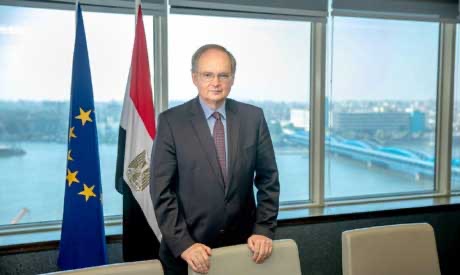 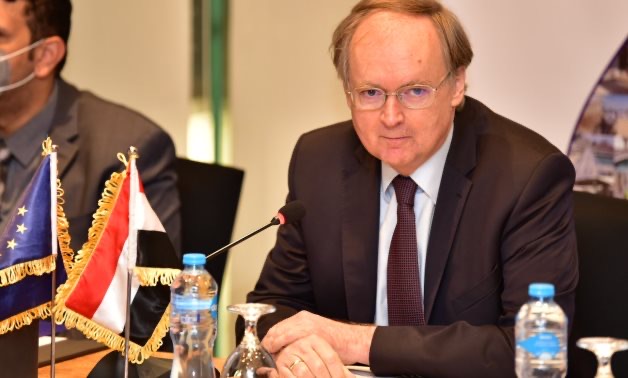