Two Watani reporters, Georgette Sadeq and Sylvia Hermina, have been honoured by the Russian Cultural Centre for distinctive journalistic reporting, at an event held at the centre’s premises in Cairo.

Together with other media professionals, they were commended for “work that contributes to introducing Russian culture to Egyptians or to strengthening Egyptian Russian bonds”. 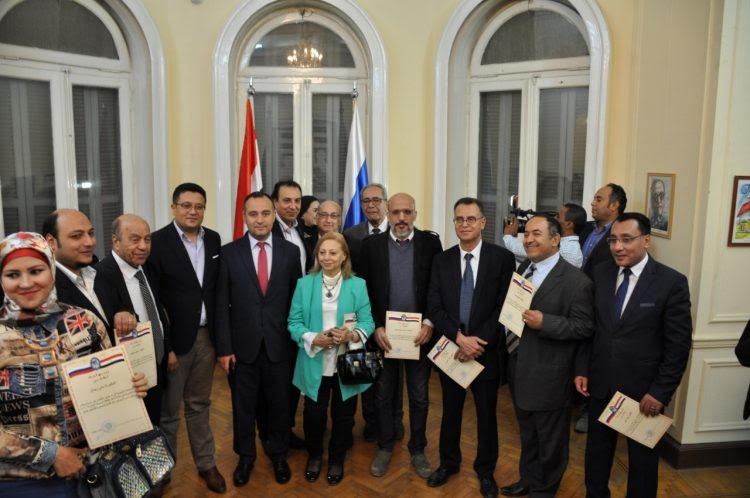 Alexei Tevanyan, Head of the Russian Cultural Centre, gave a word of appreciation for the honourees, and announced the programme of the Centre to Mark 2020 as the Egyptian-Russian Year, an initiative, he said, which had the support of both Presidents Sisi and Putin. He said that three statues of prominent Russian figures would be unveiled in Egypt: astronaut Yuri Gagarin, ballerina Anna Pavlova, and author Mikhail Sholokhov.

The 2020 events, Mr Tevanyan said, would also include a conference on Egyptian Russian relations over the years. The conference, he explained, is to be held at Egypt’s Supreme Council of Culture, and attended by Russian writers and intellectuals.

In cooperation with the Cultural Palaces Authority and the National Council for Cinema, a week for Russian films will be held, Mr Tevanyan said. He also mentioned the contribution of Russia in many festivals in Egypt, such as the Cairo International Festival for Experimental Theatre, and the Ismailiya Festival for Short and Documentary Films. 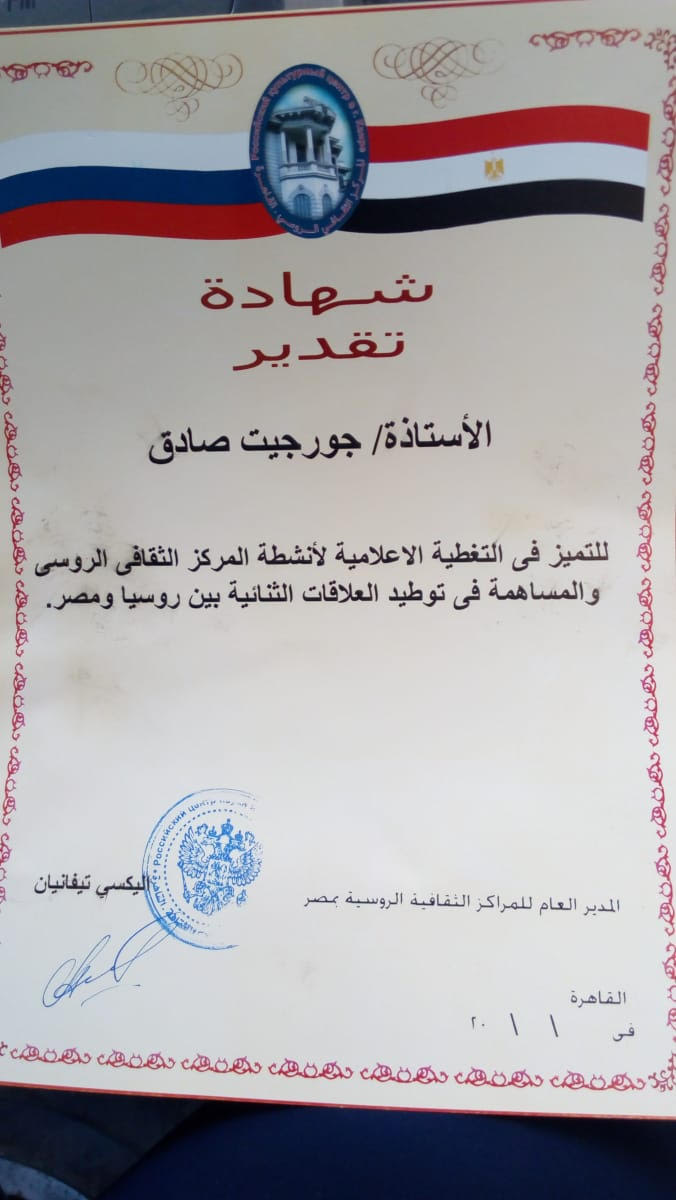 Sherif Gad, Head of the Association of Graduates of Russian (Soviet) Universities, expressed his appreciation and gratitude for the Russian Cultural Centre for honouring graduates and Graduates Day. He pointed out that the Centre had last month honoured Makarem al-Ghamry professor of the Russian Literature and former Dean of the Faculty of Languages, Ain Shams University whom President Putin had honoured earlier this month, awarding her the Pushkin Medal at the Kremlin in recognition of her role in the cultural dialogue between Egypt and Russia. Gad also praised the efforts of Fathy Toughan from the Tabbin Institute for Metallurgical Studies to establish an engineering school in a partnership between Egypt and Belorussia.

Mr Tevanyan finally honoured Mr Gad himself for the effort he put for over 30 years into upholding and strengthening Egyptians Russian cultural relations.