During her visit to Egypt last week, Louvre Museum Director Laurence des Cars and a delegation from the Louvre were received by Egypt’s Minister of Tourism and Antiquities Khaled al-Anany.

Mr Anany congratulated Ms Cars on her recent appointment; Ms Cars took office at the helm of the Louvre last September as the first woman ever at the helm of the iconic French museum, replacing Jean Luc Martinez. Before that, Ms Cars had been Director of the French Musée d’Orsay since 2017.

Mr Anany discussed with Ms Cars the cooperation between the Louvre and the Egyptian Supreme Council of Antiquities. Both sides are looking into renewing the cooperation protocol signed in 2016 between the Islamic antiquities department of the Louvre, and Cairo’s Islamic Arts Museum. The 2016 protocol fostered an exchange of expertise in museum work, including training curators and restorers, and hosting temporary exhibitions. 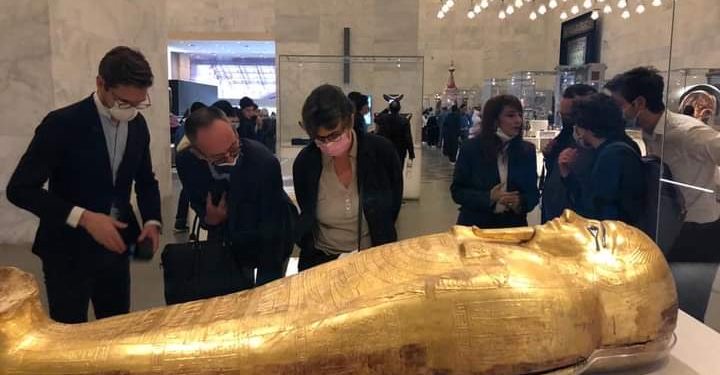 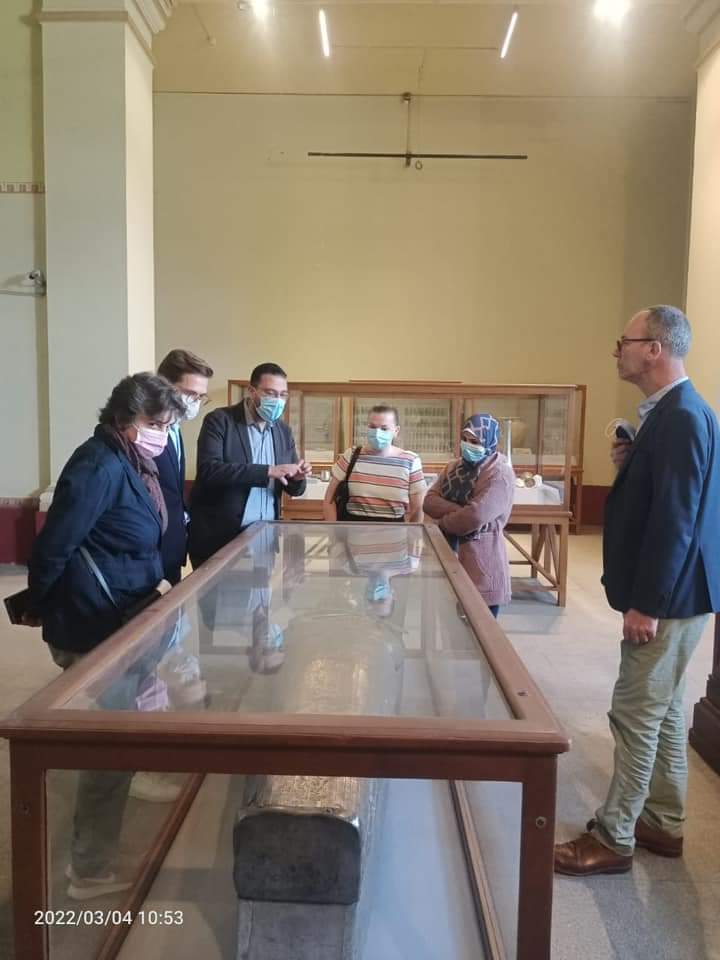 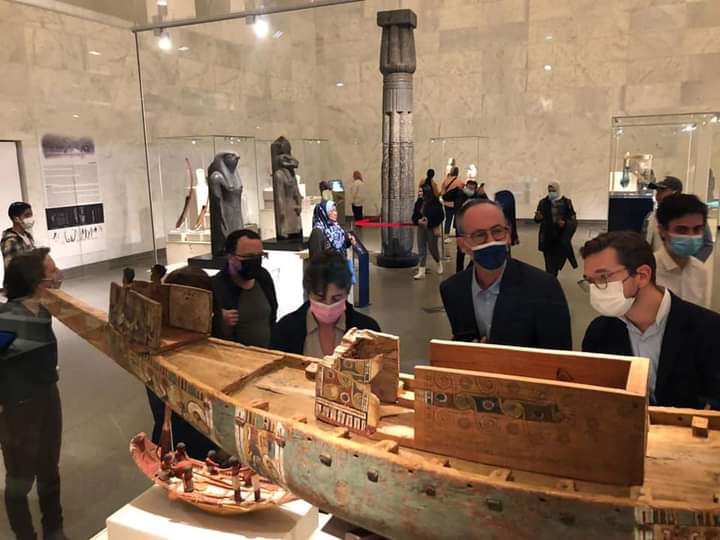 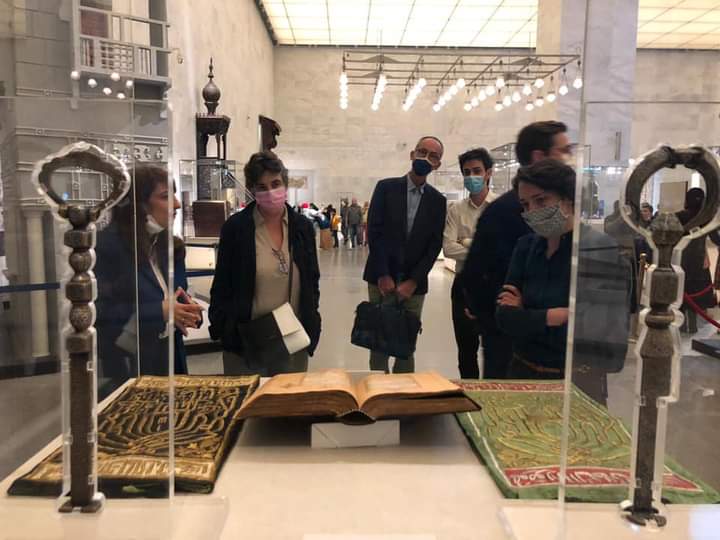 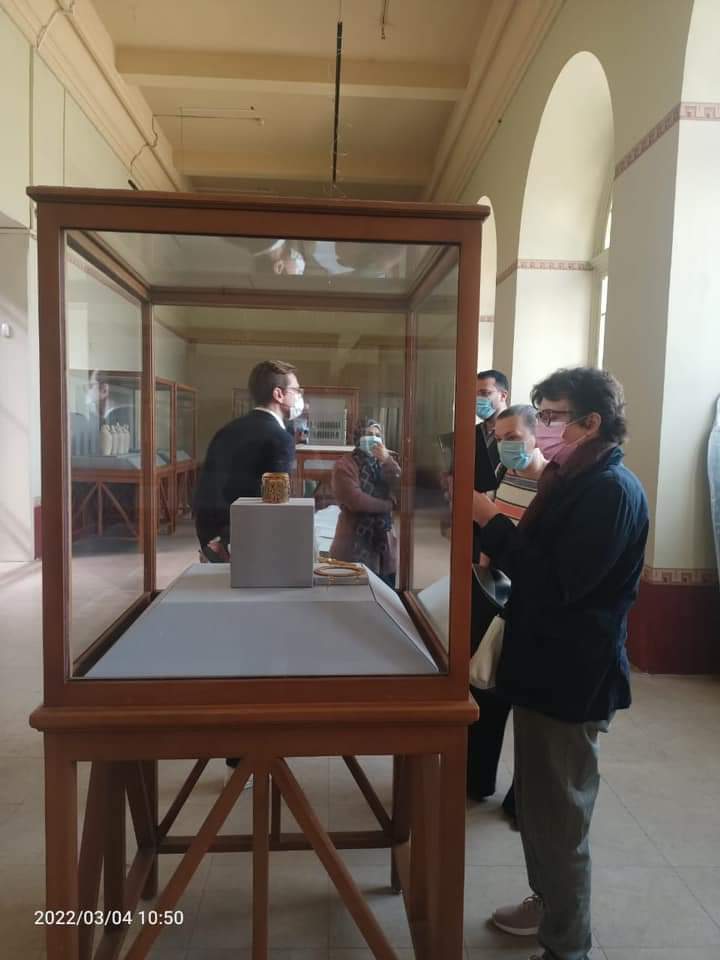 At NMEC, Ms Cars and her accompanying delegation strolled through the Museum halls, and listened to a detailed description of the story of NMEC and the most prominent pieces housed there, especially the artefacts exhibited in the central hall and the Mummies Hall.

NMEC includes exhibits that span Egypt’s history since the first settlers in the Nile Valley, through the ancient Egyptian kingdoms and the Pharaonic, Greek, Roman, Coptic, and Islamic eras, until the outset of modern Egypt in the 19th century. One can still remember with pride the magnificent Pharaohs Golden Parade last April when 22 royal mummies were moved in an impressive procession from the Egyptian Museum in Tahrir to their new location in the NMEC.