Today marks Victory Day for Egypt. That was the date in 1973 when the Egyptian army crossed the Suez Canal and landed in the Sinai Peninsula which had been occupied by the Israeli army since June 1967’s Six Day War, and which was accordingly a war zone held by the enemy, off-limits to Egyptians. The pain, indignity, and humiliation felt by Egyptians on account of that was indescribable. But the date 6 October 1973 came to change all that and restore Egypt’s national dignity.

“Graveyard for Egyptians”
Crossing the Suez Canal into Sinai was definitely a next to impossible feat. As though the water barrier in itself were not enough, the Israelis had in 1968 – 1969 built a defence system which they named the Bar-Lev Line, after Israeli Chief of Staff Haim Bar-Lev. The Line constituted a 160km-long wall in the form of a huge sand and dust mountain, sand bank on one side and concrete on the other, 20 – 25 metres high—the equivalent of a seven-storey building. It stretched along the Suez Canal from Port Said in the North to Suez in the South except for the Great Bitter Lake, where a canal crossing was unlikely owing to the width of the lake. The line was 12m wide and was constructed with an inclination that at points reached 80 degrees, making it impossible for armoured vehicles and tanks to cross and for soldiers to climb. It included a number of strongpoints with advanced defence mechanisms and minefields. Behind the sand wall were trenches, minefields, barbed wire, machineguns, troop shelters, mortar positions, anti-aircraft weapons, and firing positions for tanks. Roads were built to allow the movement of the Israeli troops along the Bar-Lev Line, which Israelis described as a “graveyard for Egyptian troops”.
On 6 October 1973, at 2pm, the Egyptian army crossed the Suez Canal and breached the Bar-Lev line using powerful water cannons that sucked water from the Suez Canal through hoses. Simultaneous air strikes neutralised Israeli air power, securing a safe crossing for Egyptian troops. After a series of fierce battles between the Egyptian and Israeli armies, a truce was reached on 25 October. 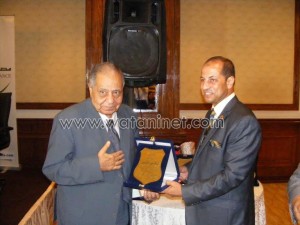 Sinai back to Egypt
The 6 October War led to the signing of a peace treaty with Israel in 1979. This in itself came after numerous diplomatic hurdles were arduously surmounted; endeavours to overcome them involved a trip in 1977 by Egypt’s President Anwar al-Sadat to Tel-Aviv during which he spoke to the Israeli parliament and reached out for a final peace between the two countries. The visit was an amazing first; the two countries had never spoken to each other since Israel came into existence in 1948. The peace agreement was finally brokered by US President Jimmy Carter in 1979, and on its account both President Sadat and Israeli Prime Minister Menachem Begin were jointly awarded the Nobel Peace Prize in 1978.
The agreement guaranteed that there would be no more wars between Egypt and Israel, and the full return of Sinai to Egypt.

Bombarding the Bar-Lev Line?
The man who masterminded the epic plan to cross the Suez Canal and destroy the Bar-Lev Line October 1973 was Major General Baqi Zaky Youssef. During an assembly held by Egypt’s military to honour him in 2016, General Youssef recalled the long years of preparation for the October War.
In May 1964 Baqi Youssef, then a young Lieutenant Colonel, was appointed head of the vehicles sector in the 19th infantry mechanical division. During this period he participated in the construction of the Aswan High Dam and witnessed closely the operation of the removal of sand and dust mountains by means of high pressure water pumps. After the sand was removed, it was collected using suction pumps in large basins to be reused in the dam’s construction.
In 1969, two years after Egypt lost Sinai to the Israelis, orders were issued for the army to prepare for war. High-ranking military officers met under the command of Staff Major General Saad Zaghloul Abdel-Karim, who led the 19th division, to discuss ideas for crossing the Suez Canal.
“Most of the ideas presented revolved around bombarding the Bar-Lev line by means of fighter jets or using heavy artillery and explosives,” General Youssef said. “I noticed that in all these plans a very long time of 12 to 15 hours was needed to make a breach in the sand barrier. On top of all that, the expected number of casualties would be no less than 20 per cent of the participating troops.” 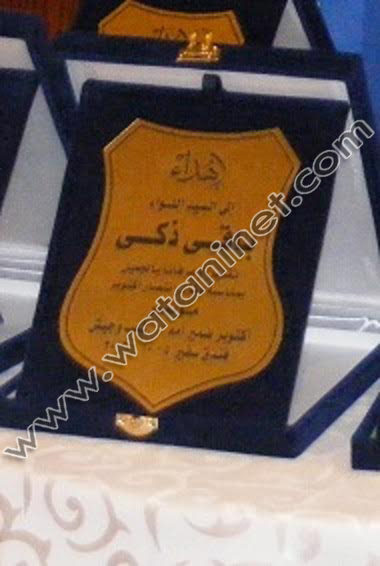 The answer: water canons
General Youssef recalled that he had entered the meeting without previous knowledge of the nature of the Bar-Lev Line, but when the commanding officer described it in detail he immediately remembered his work at the High Dam. “I asked for permission to speak,” he said, “and insisted that what I had to say was urgent. I said that the problem was about displacing sand and the best solution was right at our feet: water. I said that using water cannons to pump out water from the Suez Canal would be stronger than any explosives, faster and more economical. After I had finished explaining my idea the entire room fell silent. At first I thought they did not like my idea or believed it to be nonsense, so I explained that it had been successfully used during construction of the High Dam. I felt the idea start to sink in and I sensed approval of the army commanders. After long discussions and brainstorming, they gave me preliminary approval and asked me to write a simplified yet detailed report to be presented to President Gamal Abdel-Nasser. The idea, in brief, consisted of installing strong suction pumps with compressors on light-weight dinghies. The pumps would suck water from the Suez Canal then pump it out on the sand barrier which would collapse under the water pressure and due to its high incline, carrying with it any landmines or bombs attached to it. President Nasser ordered that the idea be explored and tested and, in case it was successful, to be implemented right away.
“The idea was tested in some 300 experiments, the last of which used a replica of the Bar-Lev Line. The experiment was a huge success. In September 1969, however, President Nasser passed away and the war decision was postponed.” 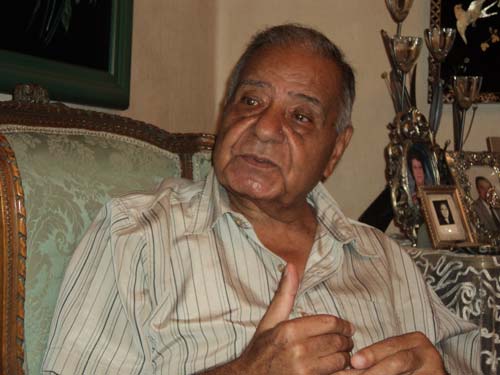 The crossing
Ultimately, at 2pm on 6 October 1973 General Youssef crossed the Suez Canal, and his soldiers were able to open 60 breaches along the Bar-Lev line in just four hours. The date had been carefully chosen to coincide with Yom Kippur, on the prospect that the Israelis would not be then on high alert, which was exactly what happened. The number of breaches increased to 85 in the following hours, dumping about 90,000 cubic metres of sand and dust into the canal. This allowed for tanks and armoured vehicles to cross the east bank of the canal and the Sinai Peninsula, carrying soldiers, military equipment and supplies. The breach of the Bar-Lev line in record time was a key element in achieving victory and in carrying more than 80,000 Egyptian soldiers into Sinai, which was completed by 10pm and incurred a minimal death toll of 87.
After the end of the October war General Youssef, who was at that time head of the combat vehicles division in the Third Field Army, was promoted to the rank of Brigadier General. He was awarded the Military Order of the Republic, First Class, in February 1974 by President Anwar al-Sadat for his exceptional combat action in the 1973 October War, showing sacrifice and courage in the face of the enemy. On the occasion of his retirement in 1984 he was awarded the Medal of the Republic, Second Class, by President Hosni Mubarak.