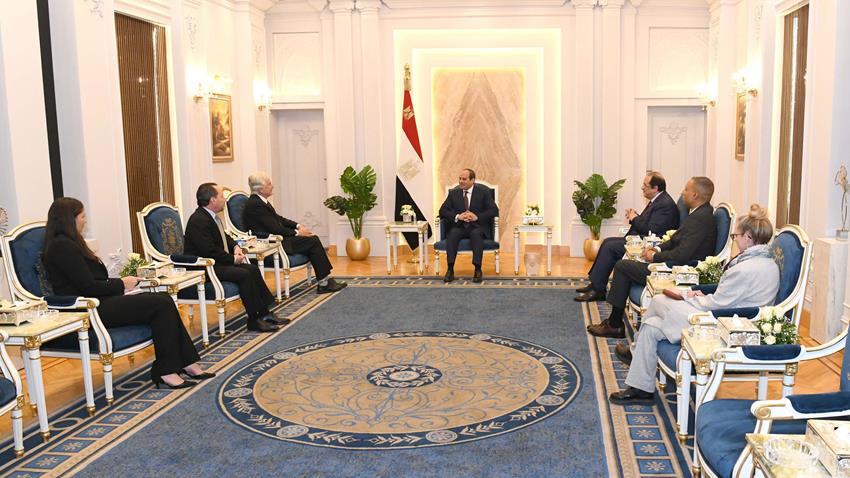 The Spokesman for the Egyptian Presidency said the President welcomed the American official and asked for his greetings to be conveyed to US President Joe Biden. President Sisi underscored the robustness of the Egyptian-American relations, confirming the importance that Egypt attaches to further strengthening cooperation between the two countries in various fields, especially on the security and intelligence levels, and to support efforts toward restoring stability in the Middle East, in light of current challenges.

Mr Burns conveyed to President Sisi the greetings of President Biden, and his assurances regarding the importance and strength of the Egyptian-American relations. He asserted that Washington is looking forward, during the coming period, to fostering closer cooperation and partnership with Egypt which is considered the center of gravity of the Middle East and the cornerstone for security and stability in the region, under the leadership of the President, particularly at this delicate stage of international and regional crises.

The meeting discussed ways to enhance security and intelligence cooperation between the two countries, and the two sides exchanged views on developments pertinent to a number of international and regional issues of mutual concern.