The Court of Cassation, the highest court in Egypt, has today 1 July 2020 approved the death sentence handed by a lower court to Wael Saad Tawadros who was charged with murdering Anba Epiphanius, Abbot of St Macarius Monastery in Wadi al-Natroun in Egypt’s Western Desert, on 29 July 2018. Mr Tawadros was a monk at St Macarius’s under the name Ishaia al-Maqari but was was defrocked and ordered to revert to his lay name His accomplice in the crime, another St Macarius monk whose name is Falta’ous al-Maqari was sentenced by the Cassation Court to life imprisonment instead of the previous death sentence he had been handed by the lower court.

The death sentences had been handed to the defrocked monk and the monk by Damanhour Criminal Court on 23 February 2019, and approved by the State Mufti on 24 April 2019. In Egypt, a death sentence cannot be final unless approved by the Mufti, the high-ranking Muslim cleric officially tasked with issuing fatwa (Islamic legal opinion) on relevant issues. The court pronounced its final ruling on 24 April 2019.

The possibility of the murder being a terror attack was discarded since it quickly became obvious the killer was all-too-familiar with the monastery, its regulations, the abbot’s cell, the hour he would leave his cell and the path he would take to the church.

The testimony of the monk Ishaia was contradictory and inaccurate, especially regarding the times he had been inside or outside the monastery; the CCTV cameras revealed that. The calls on his cell phone also revealed serious violations.

The crime sent severe shock waves through the Coptic congregation. Copts venerate monks as ‘men of God’; as such, a great many Copts refused to believe such a brutal killing could have been committed in a monastery and by a monk. Even after the court pronounced its judgement, there is conviction among a large sector of Copts that something went wrong with the investigation and the defendants are innocent. 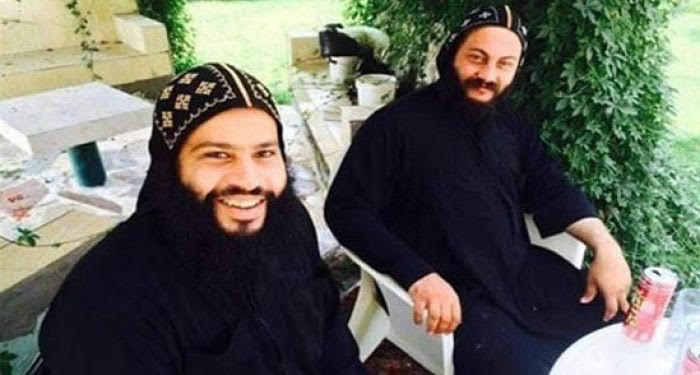