Burnt down Coptic church in Vancouver: Call for donations to rebuild,protest rally

A call has been sent out on social media for donations to rebuild the Coptic Orthodox church of St George in Surrey, Vancouver, BC. The church had been burnt down in the early hours of 19 July 2021. It has not yet been revealed who is behind the devastating fire; investigations are ongoing, and investigators have said they would treat the incident as suspicious.

The fire came in the wake of a series of attacks against Catholic Churches in areas of indigenous populations.

A grieved Anba Mina, Coptic Orthodox Bishop of Mississauga, Vancouver, and Western Canada said: “This nearly 70-year-old church was much more than just a building; it was a place [where] we built community, where we shared meals, where we married our youth, christened our babies and welcomed newcomers to the faith…Our Church brought together a diverse congregation of Coptic, Eritrean, Ethiopian, Iraqi and Lebanese Orthodox believers. While we are thankful to all those who have reached out and offered their churches as a temporary location where our services can be held, we hold strong in the belief that our Lord Christ will “restore its ruins and will rebuild it as it used to be.” (Amos 9:11). We rely on your generosity to be able to once again build a church that will be a beacon of light to all those around it and serve the needs of its congregation and the surrounding community.”

At the time, Archbishop Angaelos of London had tweeted:

“The only remnant left in St George Coptic Orthodox Church in BC, Canada, after it was destroyed by an arson attack on 19 July; this place that, set ablaze, burned as a beacon of testimony to the faithful service and community that built it, and the resilience that will rebuild it.” 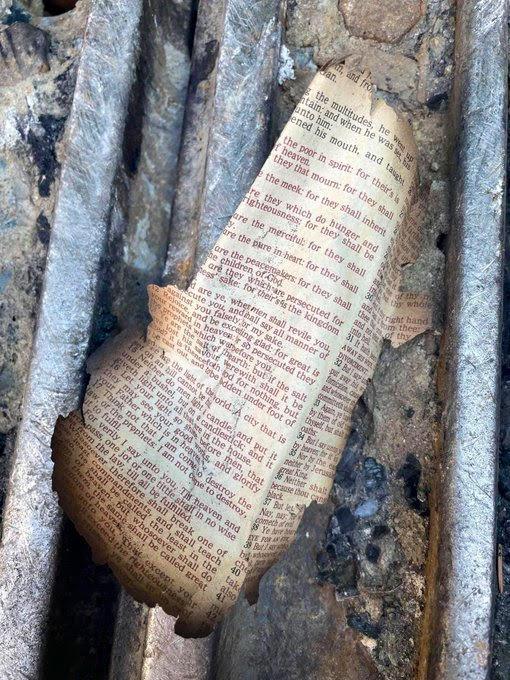 Reda Akladios has organised the fundraiser https://www.gofundme.com/f/rebuild-st-george-coptic-church-in-vancouver-bc?utm_campaign=p_cp+share-sheet&utm_medium=social&utm_source=twitter on behalf of the Coptic Orthodox Patriarchate/St George’s Coptic Orthodox Church. So far, $10,742 have been raised, out of $1,000,000 needed.

Meanwhile, a recent rally was held under the rubric “Stop burning churches in Canada” in Mississauga Celebration Square. The rally was organised by Civic Revival organisation to protest against the series of church burning Canada.

Member of Canadian Parliament and head of Civic Revival, Ghada Melek, posted on her Facebook account photos of the rally in which a large number of Egyptian Copts, Arab and Indian communities took part. They condemned attacks on places of worship, describing them as a hate crimes, They expressed their anger at what they termed “unjustified government silence”, saying it led to a wave of burning almost 55 churches, the most recent being the Coptic Orthodox St George’s in Surrey. 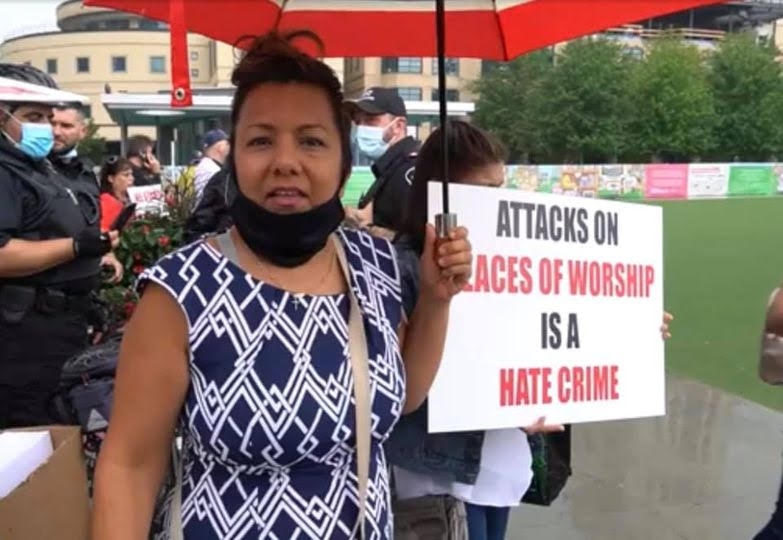 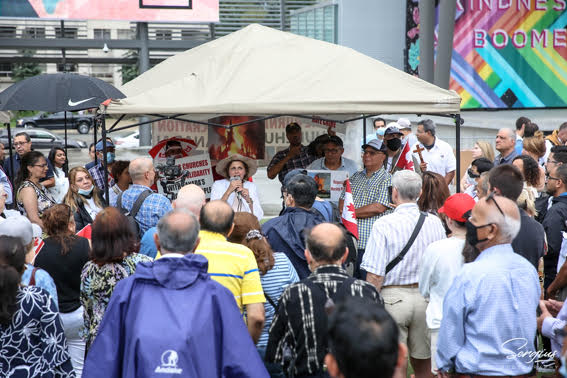 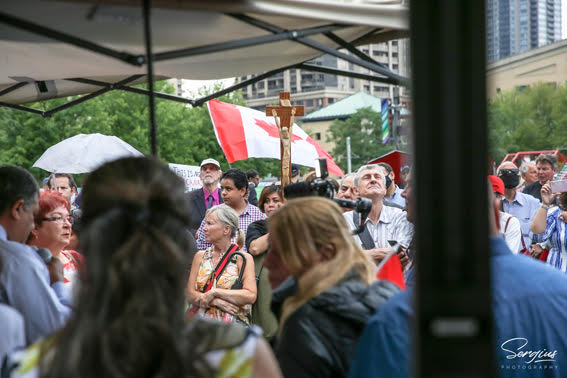 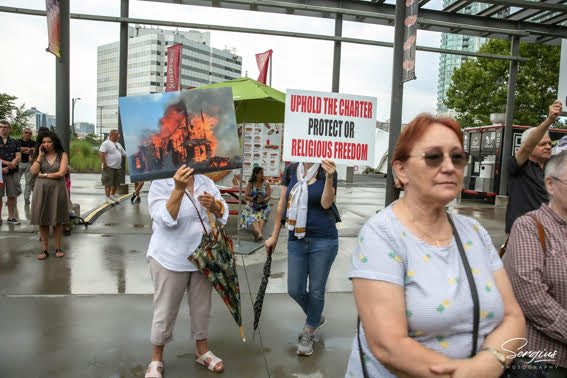 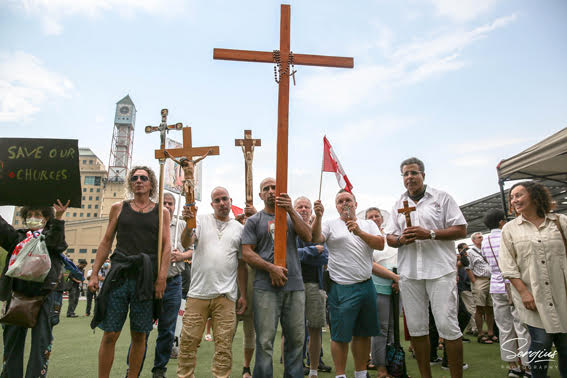 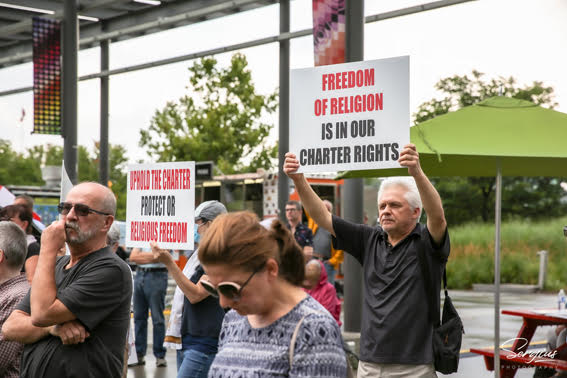 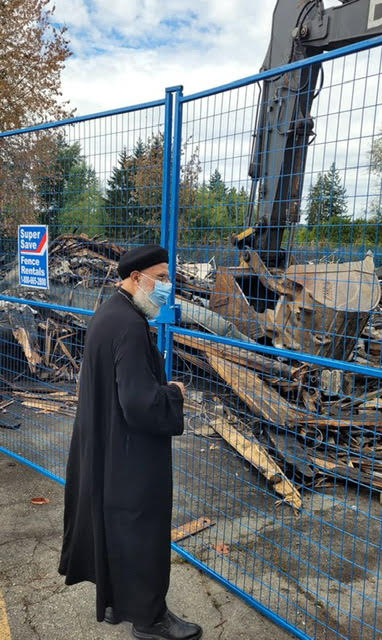