At the Coptic Deir as-Sultan monastery in Jerusalem, conflict erupts in Easter week

The Coptic monastery on the rooftop of the Church of the Holy Sepulchre in Jerusalem, Deir as-Sultan, is again notoriously in the limelight.

The monastery has for centuries been the subject of conflict between its rightful, historical owners: the Copts, and Ethiopian monks who entered it as guests in the 17th century but have ever since tried to seize it, attempting to pose as its owners.

On the Wednesday before Orthodox Easter this year, 28 April, in Jerusalem, the Ethiopian monks set up a tent in the courtyard of Deir as-Sultan, a tradition they do every year. On the Wednesday following Easter, they pull down the tent. 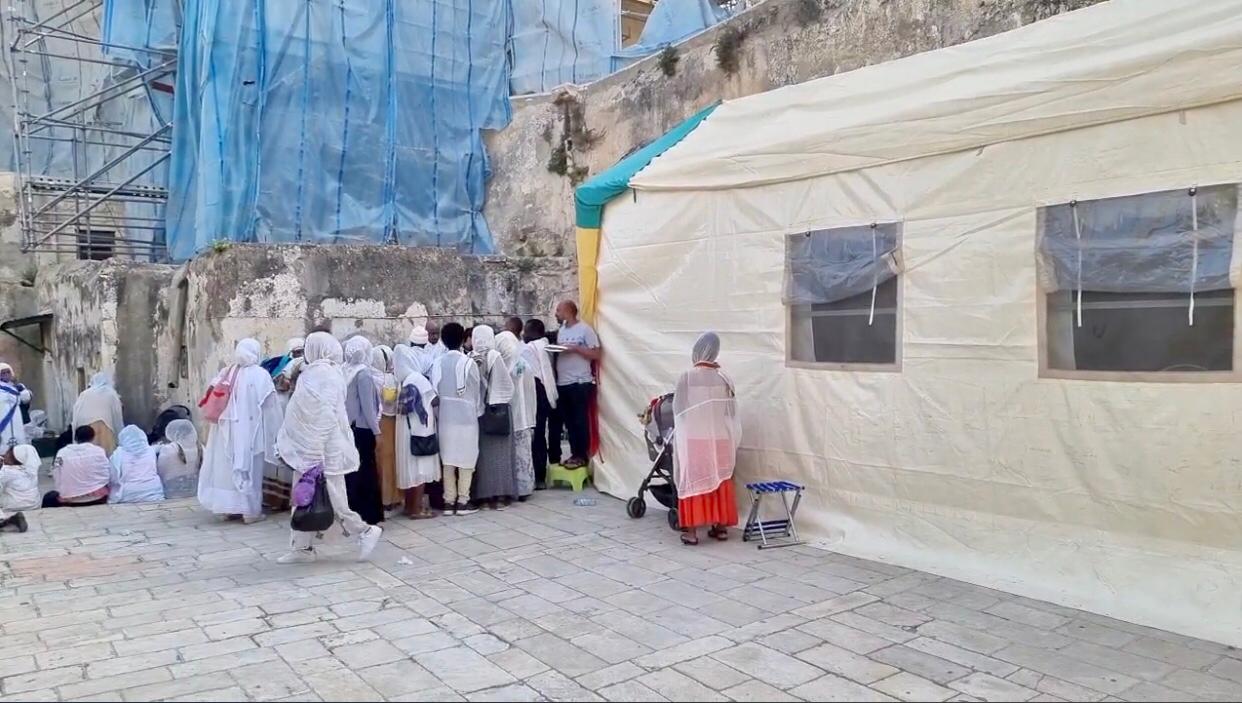 This year, however, and for the first time, they flew the Ethiopian flag on the tent. The act was rejected by the Coptic Orthodox Metropolitan of Jerusalem, Anba Antonios, who viewed it as a flagrant violation and an attempt to declare their control of Deir as-Sultan. When no persuasion would work to take down the flag, Anba Antonios, together with Coptic monks, attempted to bring it down. But this brought on insults and assault by the Ethiopian monks; the Israeli police intervened and ordered the Copts away. Finally, on 5 May, the Wednesday following Easter, the Ethiopians took the flag down and pulled down the tent. 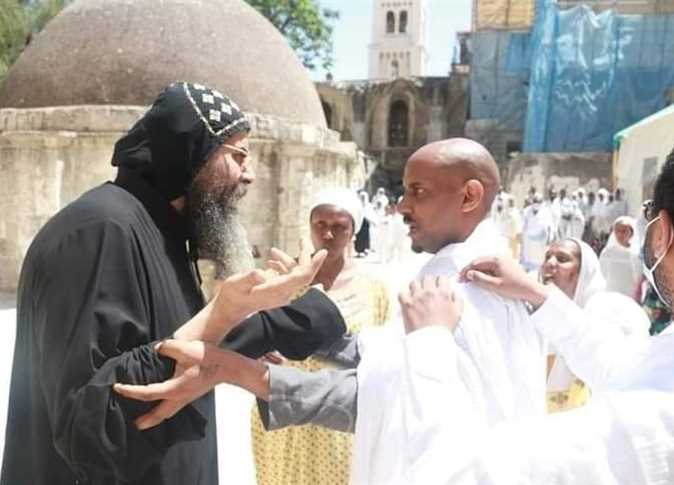 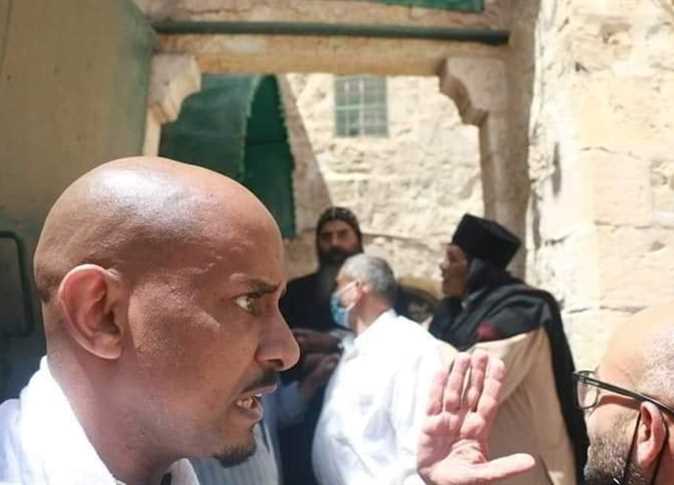 Photographs of the tent, Ethiopian flag, and clashes went viral on social media, with bloggers demanding of the Egyptian authorities to take action. 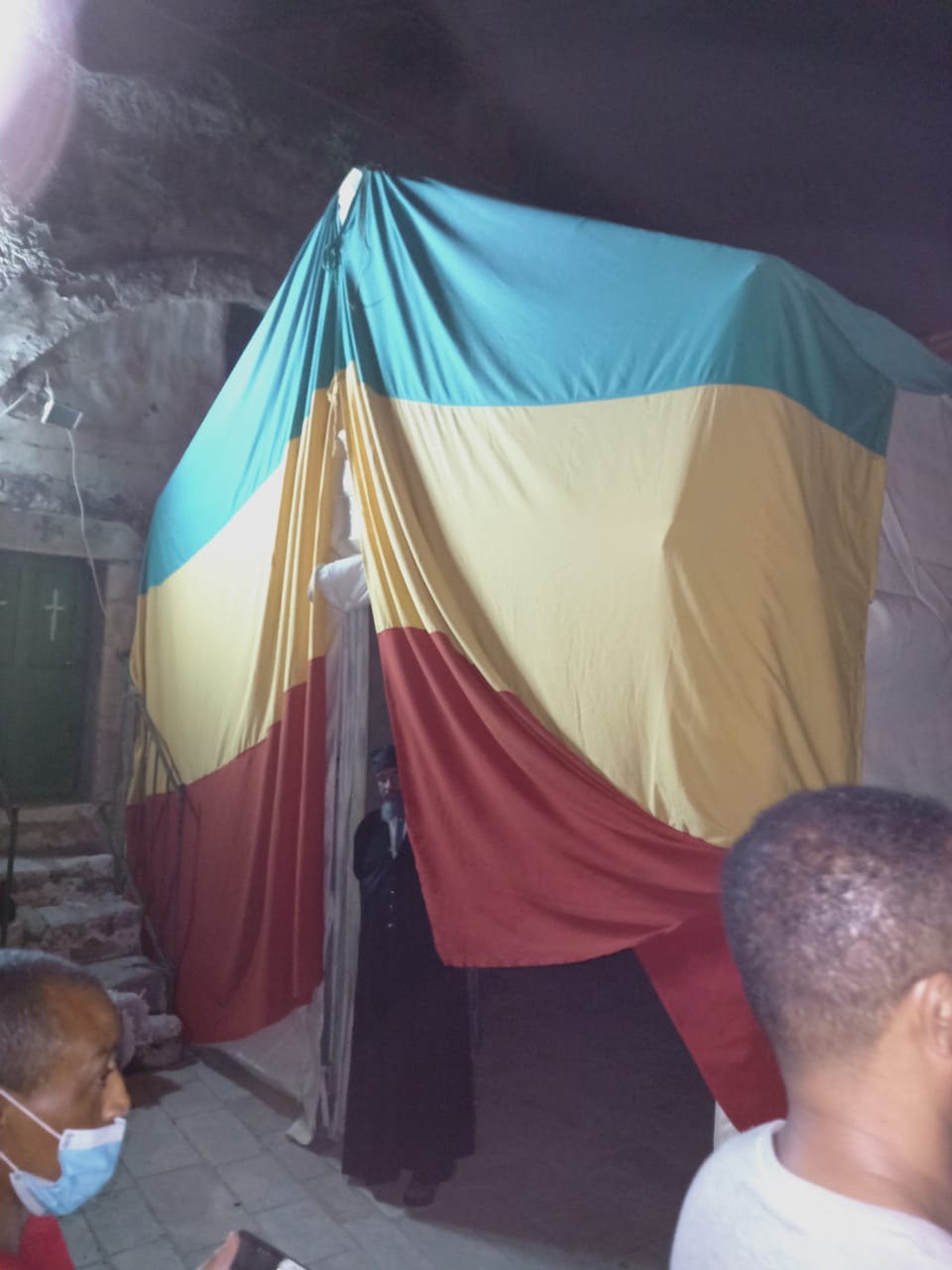 Two Egyptian Members of Parliament: Amr Darwish and Emad Khalil wrote an urgent statement on 4 May addressed to Egypt’s Foreign Minister Sameh Shukry in regard to what they described as “ongoing provocations by the Ethiopian monks toward the Egyptian monks in Jerusalem”, requiring intervention with the Israeli authorities.

The monastery goes back to the Roman Emperor Constantine the Great who built it in 335. It lies within the walls of the Old City of Jerusalem, on the rooftop of the church of the Holy Sepulchre. In the 7th century, it was granted to the Coptic Church by the Ummayad Sultan Abdel-Malek Bin Marwan (684 – 705); hence its name of Deir as-Sultan. In the 12th century, Salah al-Din al-Ayyubi, famous as Saladdin, confirmed its ownership by the Coptic Church, a fact that remained uncontested till modern times. 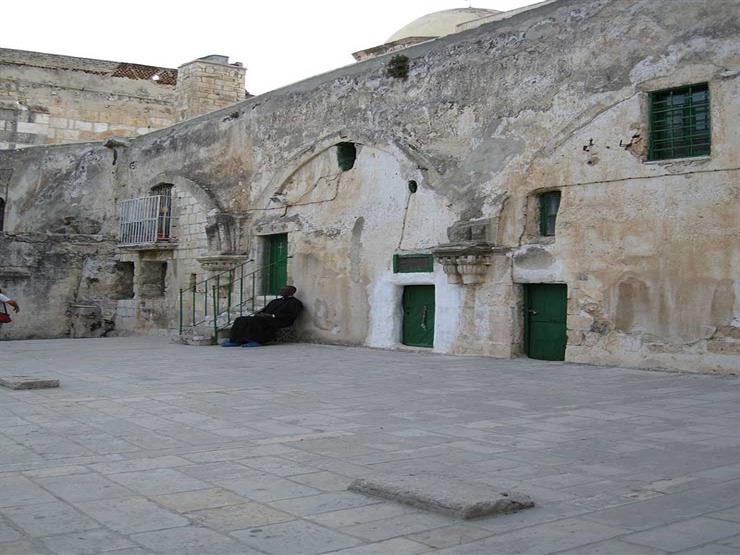 The monastery stretches some 1800 square metres over the roof of the church of the Holy Sepulchre, is part of the Coptic Orthodox patriarchate in Jerusalem, and includes a passageway that leads directly down into the church of the Holy Sepulchre below. The centre of the monastery’s courtyard is dominated by the dome of the church of St Helena; on the southeast corner are two old churches: one consecrated in the name of the Archangel Michael and the other in the name of the Four Incorporeal Creatures. The eastern side hosts monk cells and a room for the director of the monastery, a resident Coptic monk.

The year 1850 witnessed the start of what was to become an interminable battle by the Ethiopian monks to seize the monastery. In every one of these numerous attempts, however, the Copts proved beyond doubt their claim to the monastery, and were thus empowered to it by Jerusalem authorities. That is, until April 1970.

In April 1970, the Ethiopian guest monks took advantage of the fact that the Copts were away celebrating Mass on the Feast of the Resurrection, changed the locks to the stairs connecting the monastery to the church below, and practically seized the monastery. This was done by approval of the Israeli government, and under protection of the Israeli military. At the time, Egypt and Israel were at war. 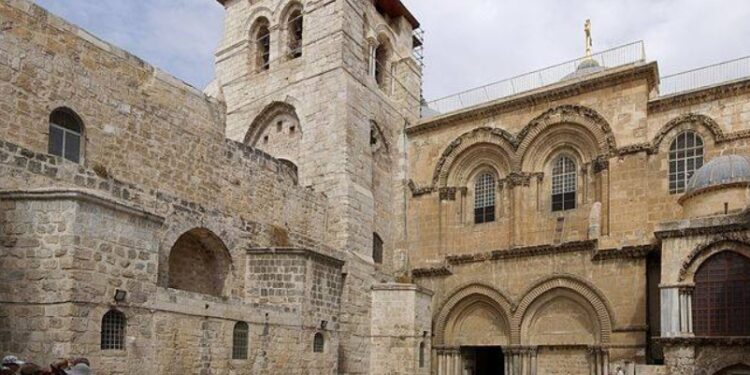 The Coptic Metropolitan of Jerusalem directly took the case to court. On 16 March 1971 the Supreme Court in Israel ruled in favour of the Coptic Church, unanimously deciding that the keys of the passageway and the two monastery churches should be handed to the Copts. To date, however, and despite numerous official complaints and reports by the Copts, the Israeli government has refrained from executing the court order.

Kamel Michel, Coordinator-General of the Coptic Church for the case of Deir-as-Sultan Monastery, explained that the Israeli government had legally questioned the execution of the 1971 supreme court’s decision which ruled that the monastery is owned by the Coptic Church and should be handed to it. It said the supreme court’s decision was not relevant because it concerned a religious dispute between the Copts and the Ethiopians. The court had indeed ruled that the Copts had unequivocal ownership of the monastery, but translating it on the ground required the Israeli Cabinet to form a committee to decide and take action on the matter. But this never took place.

Regarding the tent, Anba Antonios said, “The practice of putting it up is not new. The Ethiopians were granted the right to do so by a Coptic bishop in the 17th century, as a boon to the Ethiopian Church which had lost its property in the Church of the Holy Sepulchre. 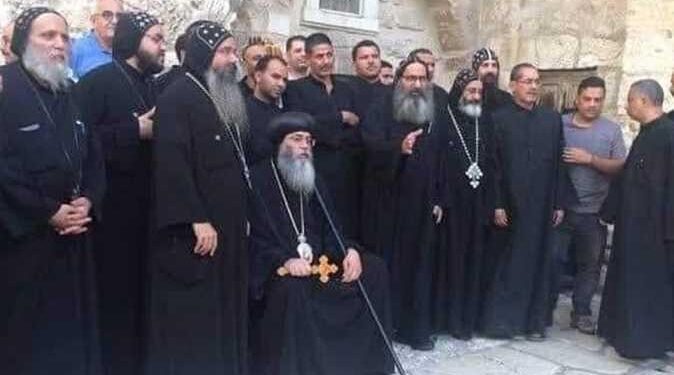 “They used to set up a tent, but without a flag,” Anba Antonios said. “The Israeli police admitted that flying an Ethiopian flag over the tent was illegal, but they couldn’t solve the problem.”

His Eminence thanked the Egyptian Foreign Ministry for their concern and endeavours to resolve the crisis. He especially expressed his gratitude to the Egyptian Embassy in Jerusalem for being in constant contact with the Israeli Ministry of Religions, the police, and the relevant Israeli authorities. 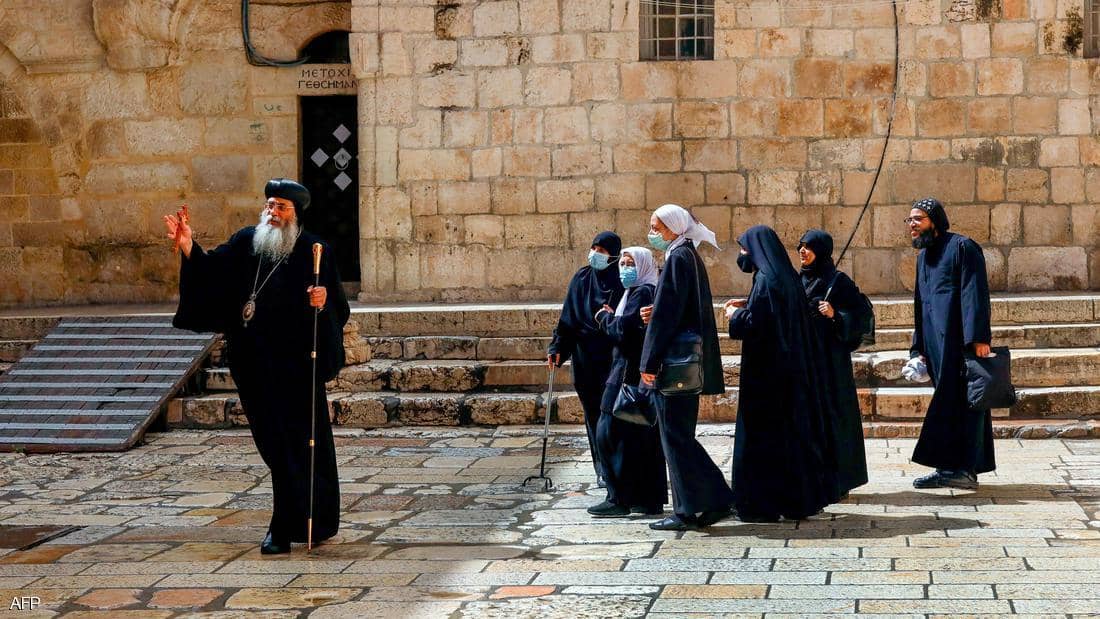 Anba Antonios expects that these clashes, and the Ethiopians’ attempt to gain full control of the Coptic monastery, would not end at that. “But again, we will stand against them,” he stressed, “but without violation or aggression. We always take in our consideration the fact that the Coptic Orthodox Church is the ‘Mother’ and the ‘root’; we must preserve its dignity and spiritual stature, even in the most difficult times.”

According to Adeeb Gouda al-Husseini, the Palestinian Muslim who is custodian of the keys of the Church of the Holy Sepulchre, this is the first time the Ethiopians fly Ethiopia’s flag since their attempts to seize Deir as-Sultan. “This incident,” Mr Husseini noted, “is a blatant assault on the ‘status quo’ law that has been issued since 1852, concerned with regulating matters between the various sects. It is also a provocation to Coptic sentiments; the Copts are the possessors of the right to Deir as-Sultan.” 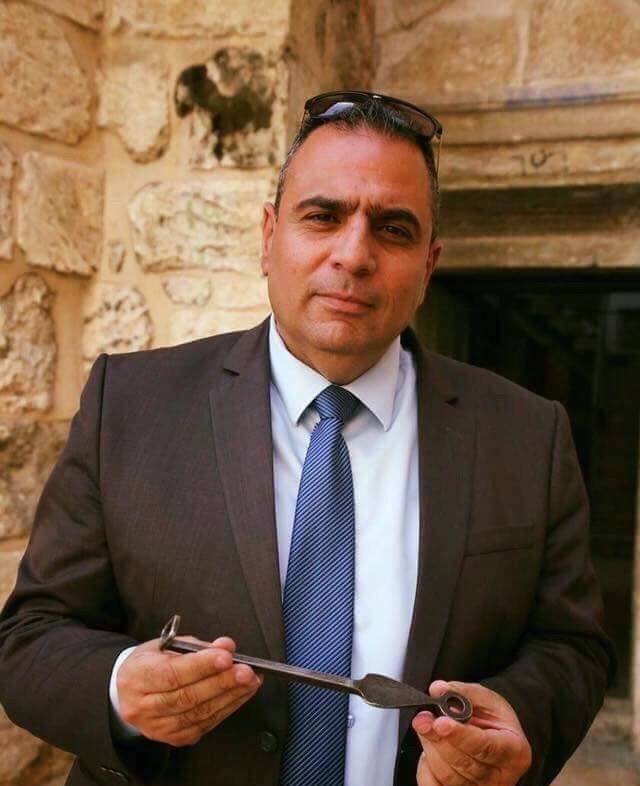 “Our dear Copts, May the Lord help you,” Mr Husseini said.