On the first day in 2022, Pope Tawadros II opened the newly renovated spot on the grounds of St Mark’s Cathedral in Alexandria, which lies between the Cathedral gate and the door to the papal office; Pope Tawadros is Bishop of Alexandria and Cairo.

Fr Abra’am told Watani that the renovation was done so as to document the suicide bombing at the Cathedral gate on Palm Sunday, 9 April 2017, which left 16 dead, including three policemen, and 41 injured; and to honor the Lord’s care which saved the Pope and so many others.

A marble plaque carrying the names and photographs of the martyrs has been placed on the wall at the entrance of the Cathedral. A statue St Mark, the apostle who preached Christianity in Egypt and was martyred in Alexandria in 68AD, was unveiled, also a map tracing his preaching journey to other countries.

Under construction is a special shrine for the martyrs, which would include their personal belongings and photos. 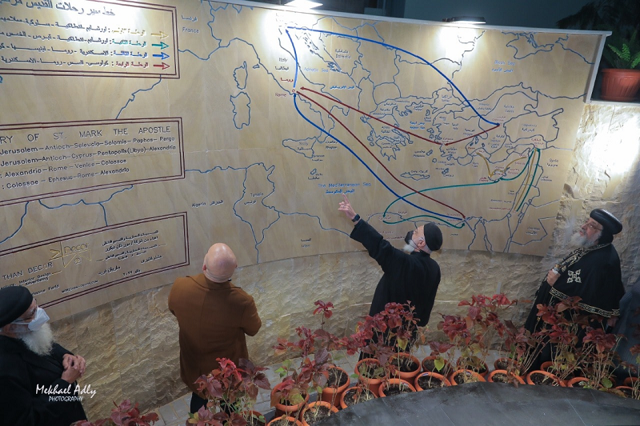 As for the renovation cost, it was borne by a developer who offered it as a gift to St Mark’s in Alexandria.