Whenever the topic of pottery in Egypt comes up, the first thought that springs to mind is ‘Garagos’. Garagos is not simply the southern village in Qous, Qena, some 600km south of Cairo, but is the brand name of very special pottery products made by the villagers there.

Pottery making is a 5000-year-old art that began in ancient Egypt. Pre-dynastic Egyptian pottery was used for household purposes, and is famous for its very high quality compared with that produced in other places. The clay was at first shaped by hand or using moulds, but after the wheel was invented it was turned by hand, and later by foot. The ancient Egyptians used both ‘Nile clay’ (Nile silt), mainly for domestic purposes, and ‘marl clay’ which was obtained from Qena and shaped into pieces of superior quality for decorative purposes.

Pottery usually retained its natural reddish brown colour and was decorated with thumbnail or tooled patterns of animals, boats or human figures. Glazing was not introduced until the Roman period. Because Egyptian pottery varied in style, techniques and colour from one period to another, it is often used by archaeologists to determine the approximate date of related finds.

The modern-day story of pottery-producing Garagos goes back to the early 1940s when Father Henry Ayrout, a prominent Jesuit considered by many to be the father of social development in Upper Egypt, established a primary school in the village. He was joined in 1945 by two other Jesuits, Fr de Montgolfier and Fr Fenouyl, who focused on social development projects. The idea of pottery was suggested by French archaeologists who were conducting excavations nearby. 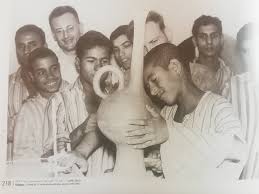 Fr de Montgolfier was enthusiastic about the prospect, and asked his nephew Robert, an expert potter, to come over from France to train Garagos villagers on modern, innovative pottery making. He contacted the renowned architect Hassan Fathy, acclaimed internationally as the master of sustainable architecture, to build the factory in traditional Egyptian style. By 1955 French and Swiss potters were working hand-in-hand with the village youth, teaching them to master the modern techniques of pottery making. These young men acquired the skill and held their first exhibition that same year.

In 1956, the French and Swiss potters were forced to leave in the wake of the Suez War, but the Garagos potters were able to run the factory on their own. 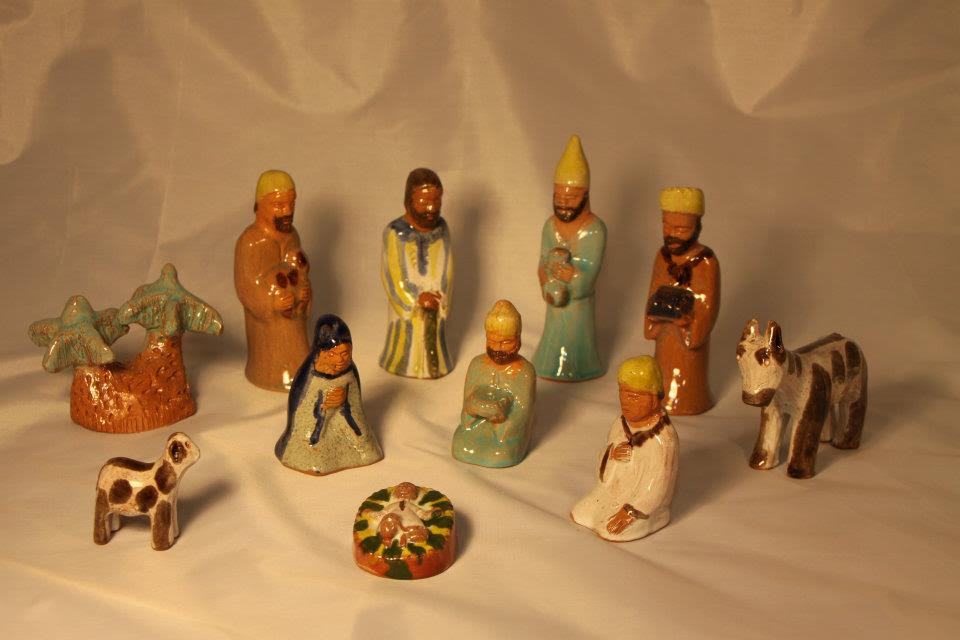 In 1966 the Jesuits turned the factory into a cooperative under the administration of the first five Egyptians who worked in it. Today the buildings and the land have moved into the hands of the Coptic Catholic Patriarchate of Luxor.

Today’s Garagos pottery shapes are inspired by the surrounding environment, and the products are still made of Aswan Nile silt as in ancient times. But they are made to meet customer and market demands, and include cookware and tableware, decorative items and figurines of Egyptian folk art. They are adorned with hand-painted pharaonic and religious motifs.

A recent exhibition of Garagos pottery and tapestry was held at the church of Cordi Jesu (Heart of Jesus) in Downtown Cairo. It was opened by Fr Claudio Lurati, Apostolic Vicar of Alexandria; and attended by the President of the Egyptian Association and Arab Union of Russian and Soviet University Graduates, Sherif Gad; actress Madeleine Tabar; as well as artisan Ahmed al-Ganainy, chairman of the Cairo Atelier. 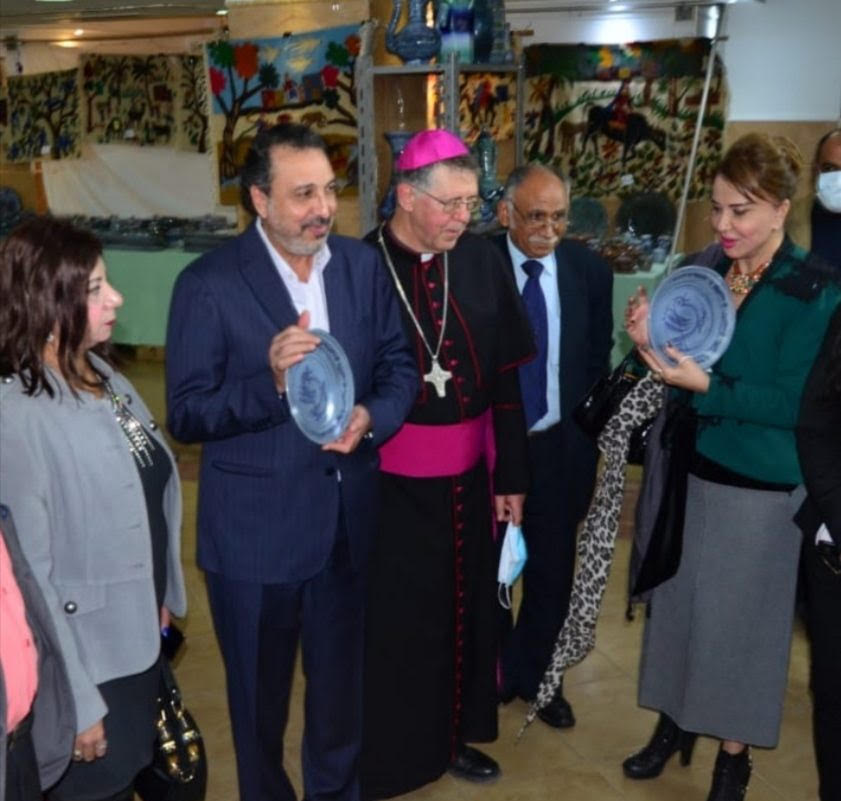 With their characteristic brown, blue, and gray glazing with slight yellow and green overtones, the exhibits drew raves from all who attended. “Garagos pottery products have become the symbol and pride of Egyptian handcrafts,” Mr Gad proudly said.

The main market for Garagos pottery used to depend on tourism. “So many tourist groups used to visit our factory every day and we used to sell our products directly to them. But this is no longer the case since the coronavirus pandemic,” Fawwaz Sidhom, a pottery artisan who also coordinated the Garagos pottery exhibitions, told Watani. “ Now, we are struggling to keep the factory running.” 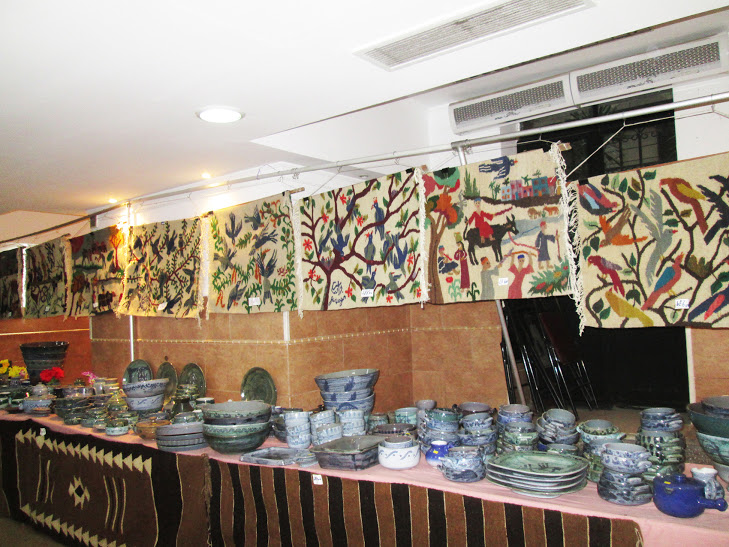 The COVID-19 pandemic, however, was not the first blow dealt to Garagos potters. According to Sidhom—no relation to Watani’s Sidhoms—the painful change started back in November 1997 when a terror attack by Islamists killed 58 tourists and four Egyptians at Deir al-Bahari temple on the East Bank of the Nile in Luxor. Tourism took a hard blow and, even when the tourists later returned, their itineraries did not depart from the well trodden paths of the temples and monuments where security was tight. Garagos lost its main, lucrative market. The 2011 so-called Arab Spring uprising and the subsequent unrest also took their toll on Garagos. And now, there’s the pandemic.

Since the downturn in tourist visits,” Mr Sidhom said, “we could mainly sell our products through only two outlets: two annual exhibitions in Cairo on which we totally depend for our livelihood. The first is held in December at the School of the Holy Family in Cairo, which is run by the Jesuits. The second is held in May at St Mark’s College in Alexandria. 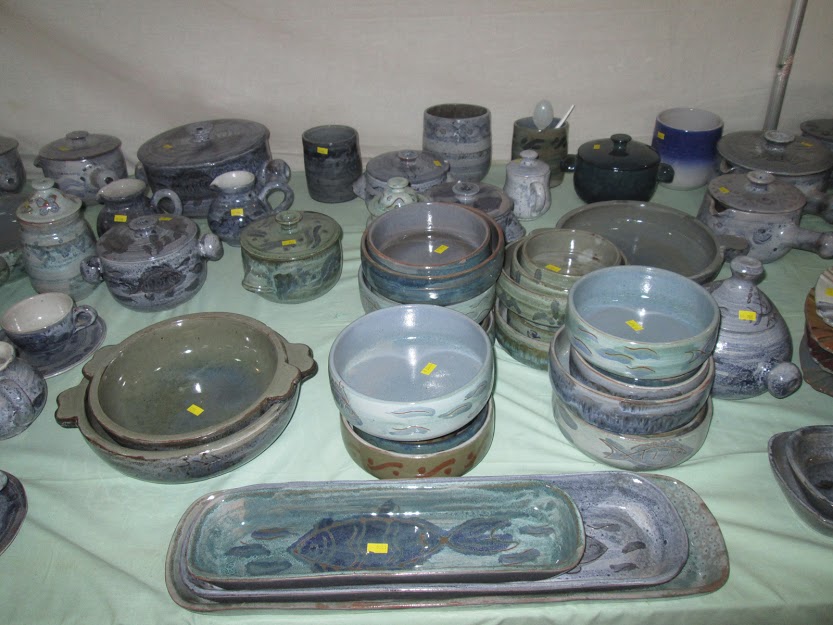 Garagos products face fierce competition from machine-made imitations sold at lower prices. As is the case with other handcrafts, they cannot compete with the low prices because they are hand-made pieces of art, meaning every single piece is made with precision and consumes a lot of time and effort.

“We produce pottery products with very special character and colour,” Mr Sidhom said. We have moved on from our traditional items of Coptic or Islamic art to produce items for home use, including light and easy to clean tableware and cookware. Such items are in high demand. We produce as well creative artwork for decorative use. 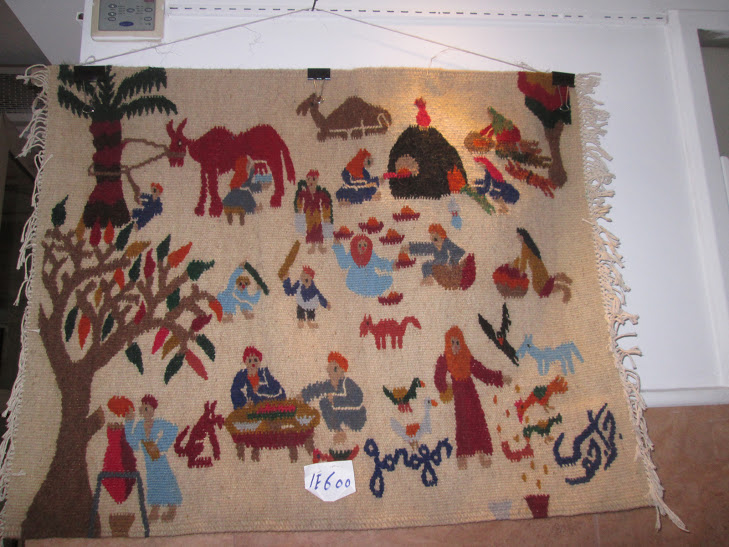 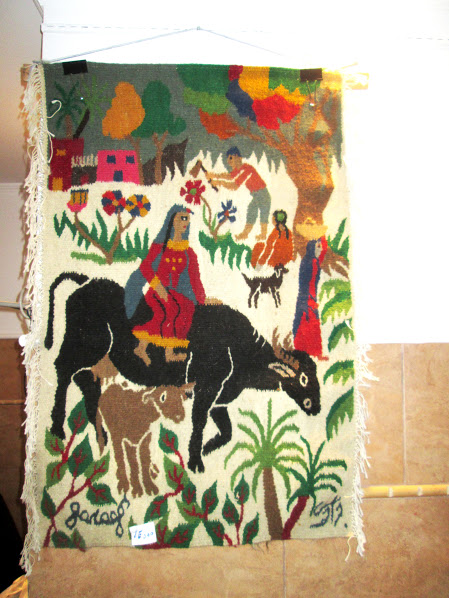 “And in each exhibition, we are keen to include tapestry works done by our young women who learned to make it at the hands of Father Karman.

“It would be a shame,” Mr Sidhom said, “to have to close down a place with such history, which has been visited by royalty, politicians, ambassadors and many other public figures since the day it was established,” he says.

The factory’s name, ‘Garagos’, appears on the bottom of all our products; it is either engraved after the product is glazed or written in relief. Garagos has become a brand for a product with history and craftsmanship, and foreigners cherish our products as souvenirs from Egypt,” he says. “Unfortunately we don’t have the means to export our products.”

Mr Sidhom thinks the State should be helping the factory market its traditional hand crafted products. Those in charge of the Garagos factory, he said, have asked the government for a grant to support them through the harsh conditions they are undergoing. “I thought they would help us financially,” he said, “but they did not. Instead, they sent us trainers from the handcrafts chamber who trained 25 young men and women potters throughout 15 months. 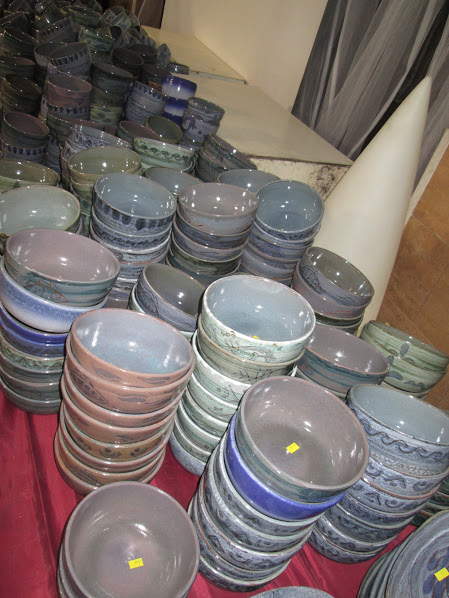 “We tried to participate in exhibitions held by the Ministry of Tourism, but found that the required fees were too high, far beyond our means.

“We need sponsors, especially that we are seeking to hold more exhibitions to sell out products. We would like to hold these exhibitions in touristic destinations such as Sharm al-Sheikh and Hurghada on the Red Sea coast, or the Mediterranean coastal city of Marina in the north.”

Mr Sidhom can only recall the good old days when people used to travel to Garagos to buy their characteristic products which are now driven out of the market by inferior machine made goods.

“Our past is much better than our present,” he wistfully said. 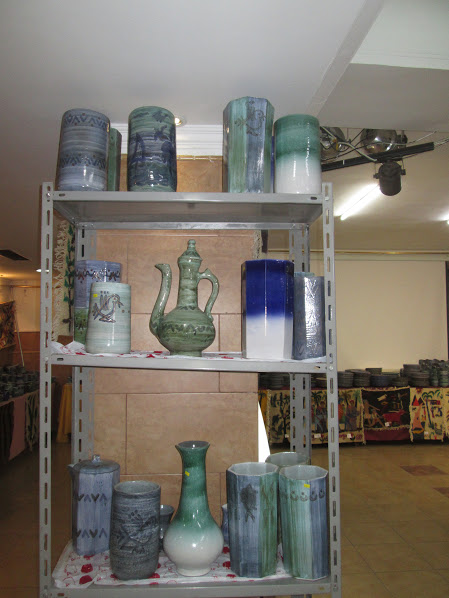 Mention of the good old days brings to mind an incident in 1986 when, during an unofficial visit to Egypt, King Carl XVI Gustaf of Sweden and Queen Silvia visited Garagos. They were warmly received by the local residents, and offered refreshments of traditional local food and beverages. The King and Queen visited the pottery factory, toured the village and concluded with a walk in the countryside. The Swedish Embassy later called the Garagos factory officials to tell them that the day spent there was the most memorable the Royal couple had during their Egypt visit.

Anba Pachomius: No limit to humbleness and love

As of Sunday 31 January 2021, Masses will resume in the Coptic Orthodox parishes of Cairo and Alexandria, following their...